Belarus’ positive foreign trade balance has reached $2bn: sanctions have become not a brake but a trigger for development of Belarusian exports in all key areas 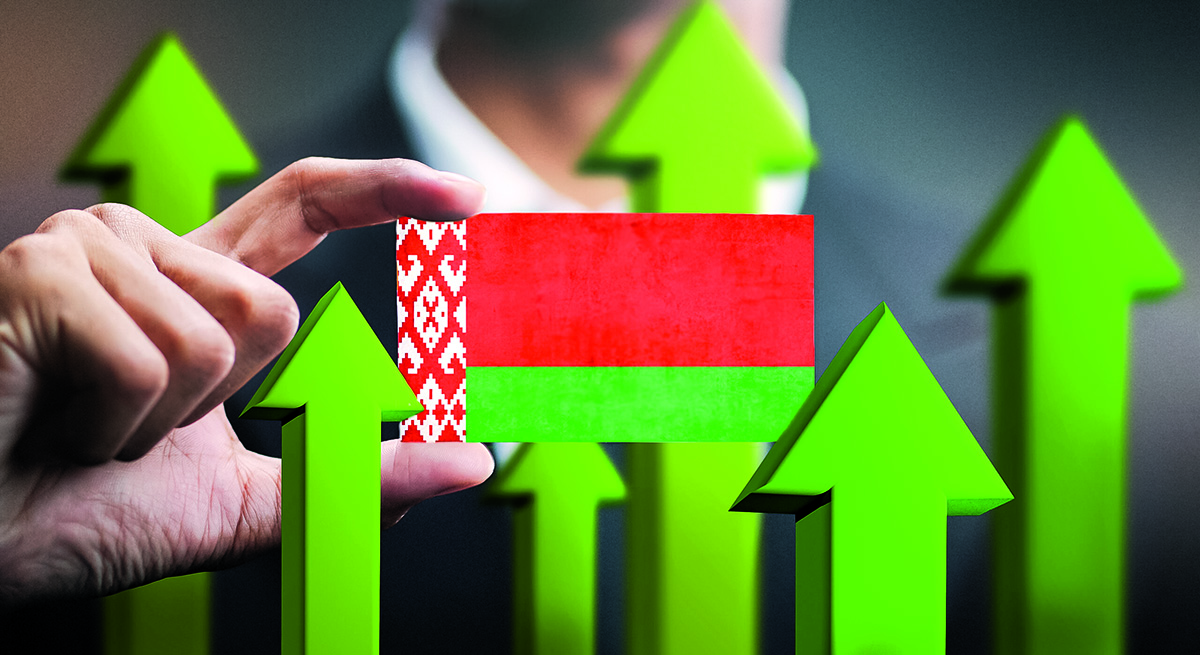 Definitely, sanctions do bring some tension into our routine but the imposed and planned restrictions have so far had rather a positive impact on our economy. The foreign trade balance, which is fundamental for our country, is not just in a positive zone but is breaking historical records.

Flexible escape
According to the National Bank, from January-July 2021, the positive foreign trade balance rose more than 2.2-fold against 2020 — to reach $2bn. Moreover, the dynamics of exports to the EU (the states which are actually not so friendly to us) are growing faster than to Russia, which is our strategic partner. However, there is nothing strange about this. This is exactly the case when figures demonstrate the discrepancy between political and economic interests.
Vilnius (or rather, the politicians who have settled there) stubbornly demand from the whole world tougher sanctions for Belaruskali. Although what our mining giant has displeased the Lithuanian authorities about remains unclear. However, our neighbours are showing the greatest zeal in foreign policy confrontation with Belarus. Somehow, in matters of rhetoric and sanctions stories, they were ahead of the whole planet. Meanwhile, businesses look at our country differently.

Based on the National Statistical Committee data, in H1 2021, exports of goods to Lithuania increased 1.5-fold, to Latvia — 2-fold, to Poland — 1.7-fold, and to Ukraine — almost 1.6-fold. Sales to Germany and the Czech Republic almost doubled, while exports to Russia increased slightly more than 1.3-fold.

These seemingly strange figures can be easily and logically explained. Of course, the effect of a low base of last year played its role: a pandemic started, countries one after another went into a hard lockdown, logistics ties were disrupted… However, this was not a key factor in improving the balance. Our enterprises are distinguished by their flexibility, which enabled them to reorient and not only successfully pass through a tough pandemic period but also not miss the chance to improve their positions in foreign markets. Without bringing tangible epidemiological dividends, lockdowns hit western industry — creating a vacuum in many markets which Belarusian goods were happy to fill.

It should be noted that the growth didn’t occur from scratch: COVID was a trigger for positive quantitative and qualitative dynamics.

Wood processing products enjoyed success, for example. They were in need globally in H1 2021 and, accordingly, prices soared. Naturally, it was virtually a sin for our enterprises not to take advantage of the successful conjuncture. They worked to increase their presence in foreign markets, including in Western Europe, in the area of high-margin products — such as furniture.

Belarusian Ivatsevichdrev systematically increased supplies of its own products and those of the trademarks manufactured by order of major foreign operators: Polish, German and French. Moreover, it significantly pushed Polish companies behind in this market.

Undoubtedly, sanctions create a very unpleasant feeling. True, they affect the work of our enterprises but do not drive them into a negative zone. Although, if it were not for the restrictions, the results could be even better.

It’s impossible to start  a car with rhetoric
Official Kiev has repeatedly and loudly made vivid political statements on Belarus. At the same time, supplies of our oil products to this country are rising. Politics is still there, of course, but it’s necessary to fuel the transport. Volodymyr Zelenskyy, in the second year of his presidency, discovered a well-known truth: Ukraine’s own oil refining is almost destroyed. He also made another unexpected discovery: fuel production is a strategic area. The President of Ukraine tasked the Government to restore order and work out options for reviving national refineries. However, it’s still unclear when such a miracle will happen (after all, the four previous Ukrainian presidents were not able to solve this problem) and where will the investments come from? Anyway, it’s evident that this won’t happen tomorrow. Accordingly, Belarusian petrol and diesel fuel is a lifesaver. At the political level, there were threats to abandon co-operation with Belarus and drain their fuel tanks to spite us. However, from the business point of view, only Russian supplies can be an alternative to Belarusian ones. A pipeline stretches from our countries to Ukraine. Theoretically, it is possible to export petroleum products by sea but this will definitely be more expensive. In addition, it remains unclear how to restructure the internal logistics.

In recent months, the demand for our products in the Baltic States has sharply increased. They are proud of their market economy but our consumer goods, especially food, are in great demand. Eco-friendly products are trendy globally now: Europeans have already had enough of fillers and sweeteners.

Possible sanctions are very straining to Baltic businesses which try to make more stocks of Belarusian products just in case. This is also why there was a significant increase in supplies to both Latvia and Lithuania.
Sales to most of the countries of the far arc have also increased significantly. True, last year, many large foreign companies (for example, machine building companies) actually left the market — because of lockdowns in their own countries, or due to the problems caused by supplies of components. Belarusian factories did not stop. Moreover, high localisation of production within the country turned out to be competitive in conditions of a pandemic. As a result, our manufacturers (of agricultural machinery, for example) in some periods remained almost the only ones in the market. Accordingly, supplies are increasing.
Figures are a stubborn thing. They show that the Belarusian real sector has made the most effective use of the windows of opportunities in the new reality which is being formed under the influence of the pandemic and all the stories in geo-economics and geopolitics that follow from it.