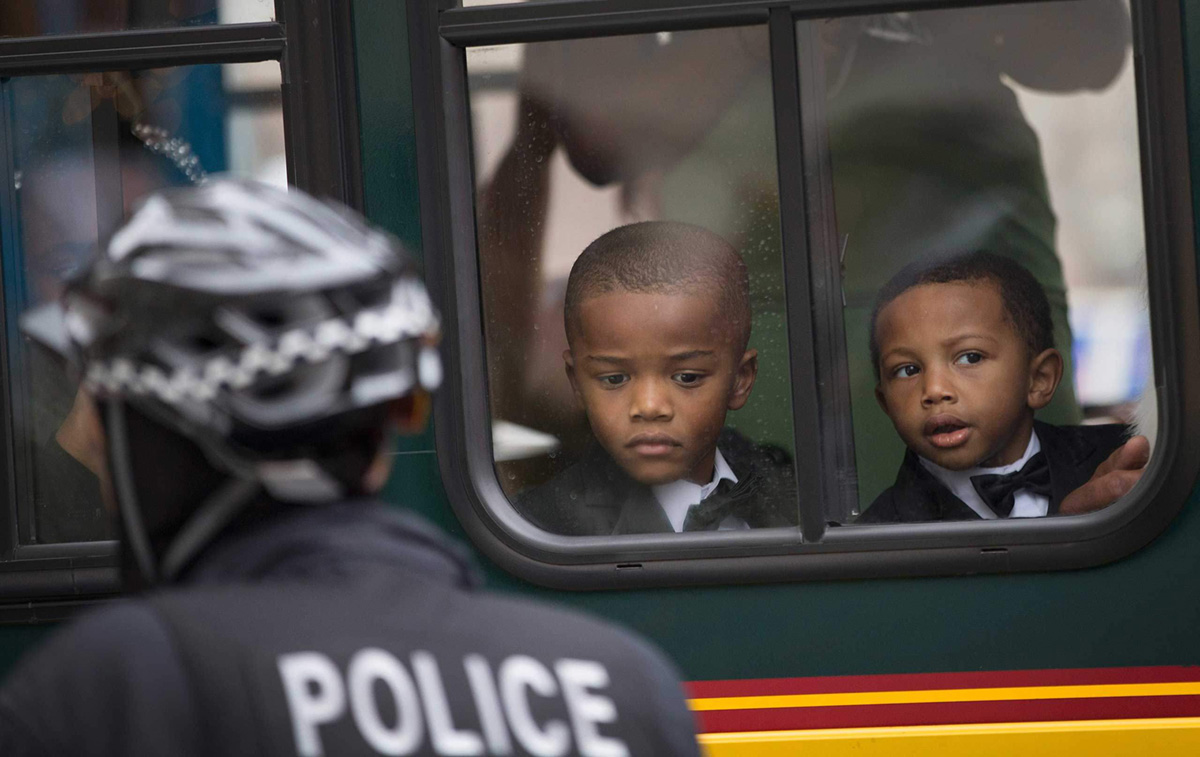 In an analysis of 3,000 instances of police use of force against children, the AP found Black children made up more than 50 percent of those who were handled forcibly, though they’re only 15 percent of the US child population. They and other minority kids are often perceived by police as being older than they are. The most common types of force were takedowns, strikes and muscling, followed by firearms pointed at or used on children. Less often, children faced other tactics, like the use of pepper spray or police K-9s.
In Minneapolis, officers pinned children with their bodyweight at least 190 times. In Indianapolis, more than 160 kids were handcuffed; in Wichita, Kansas, police officers drew or used their Tasers on kids at least 45 times. Most children in the dataset are teenagers, but the data included dozens of cases of children ages 10 or younger who were also subject to police force.
Police reports obtained for a sample of incidents show that some kids who were stunned or restrained were armed; others were undergoing mental health crises and were at risk of harming themselves. Still other reports showed police force escalating after kids fled from police questioning.
“Adolescents are just so fundamentally different in so many respects, and the techniques that officers are accustomed to using … it just doesn’t lend itself to the interaction going well with youth,” said Dylan Jackson, a criminologist at Johns Hopkins University, who is working with the Baltimore Police Department on juvenile encounters. “I think that when officers understand the basic core components of development and youth development — their social, emotional, physical, psychological development — it can really help them understand why they might need to take a different approach,” he added.

Based on materials of www.apnews.com