On behalf of the people of the Republic of Belarus and himself, the President congratulated President of the People’s Republic of China Xi Jinping on the 30th anniversary of the establishment of diplomatic relations between the Republic of Belarus and the People’s Republic of China.
“In a short period of time by historical standards, we have gone a long way from bilateral interaction to a trust-based comprehensive strategic partnership and mutually beneficial cooperation. We are on track to enter a new stage of ‘iron brotherhood’ and ‘all-weather partnership’,” reads the congratulation. “These words embody our successes and achievements in politics, economy, humanitarian field, defence and security.”
Aleksandr Lukashenko noted that Minsk and Beijing are consistently expanding interstate dialogue, coordinating goals and objectives on global and regional agendas, including within the framework of the UN, the SCO, the EAEU, implementing the Belt and Road Initiative, and in building a common fate of mankind, as well as in many other areas.
“Today we remember with gratitude all those who helped promote the bilateral relations at various stages and make them meaningful and impactful to serve the interests of the peoples of the two countries. I am convinced that the groundwork we have laid will become a solid foundation for future generations of Belarusians and Chinese, who, like us, will be good friends and will support each other at all times,” reads the message.
Aleksandr Lukashenko wished Xi Jinping good health and the achievement of his goals, and peace and prosperity to the fraternal people of China.

The Belarusian President also received congratulations from his Chinese counterpart.
“On the occasion of the 30th anniversary of establishing diplomatic relations between the People’s Republic of China and the Republic of Belarus, on behalf of the Chinese government and the Chinese people, as well as on my own behalf, I send you and the friendly nation of Belarus represented by you sincere congratulations and best regards,” reads the message.
Xi Jinping stated that for 30 years since the establishment of diplomatic relations, Chinese-Belarusian relations have been steadily moving forward, and the traditional friendship between the two countries is becoming stronger every day.
“Under our joint leadership, China and Belarus have consistently built a comprehensive strategic partnership and mutually beneficial cooperation. The political trust between the two countries is unshakable, and bilateral cooperation in various fields has generated great results,” said the President of the People’s Republic of China. “Both sides absolutely support each other on issues related to the fundamental interests of the two countries, and also closely and effectively cooperate in international and regional affairs. Since the outbreak of the COVID-19 epidemic, both countries have provided mutual assistance and support to each other, overcoming difficulties hand in hand, demonstrating brotherhood with a common destiny.”
The Chinese President emphasised that over the past years, the leaders of the two countries have maintained communication in various ways and reached important agreements on the development of Chinese-Belarusian relations in the new environment.
“As we mark the 30th anniversary of diplomatic relations between the two countries, I would like to use this opportunity to assure you that I am ready to make every effort together with you to advance the comprehensive strategic partnership between China and Belarus and the joint implementation of the Belt and Road Initiative to achieve even greater results for the benefit of the two countries and their peoples,” stressed Xi Jinping.
The Chinese leader wished Aleksandr Lukashenko success in his work and good health, prosperity to friendly Belarus, as well as happiness and well-being to its people.
According to the Press Service of the President

January 20th marked the 30th anniversary of the establishment of diplomatic relations between Belarus and China, which is a significant milestone. At a conference held on the eve of this event at the Confucius Institute of Sinology of the Belarusian State University (RCIS), First Deputy Prime Minister, Ambassador of Belarus to China (2020) Nikolai Snopkov said that three themes will become the pillars of the Belarusian-Chinese relations for the next decades. The first is the joint upholding of the rights of sovereign states to choose their own path of development, socio-economic model, constitutional structure, and territorial integrity. The second is the formation and maintenance of the stability of China’s strategic communications in the Eurasian region, ensuring the implementation of the economic strategy of ‘double circulation’, through increasing the economic presence of China in the key territories of the Belt and Road initiative. The third is to increase mutual understanding between our peoples through the intensive building up of cultural, scientific, informational and, most importantly, human ties.” 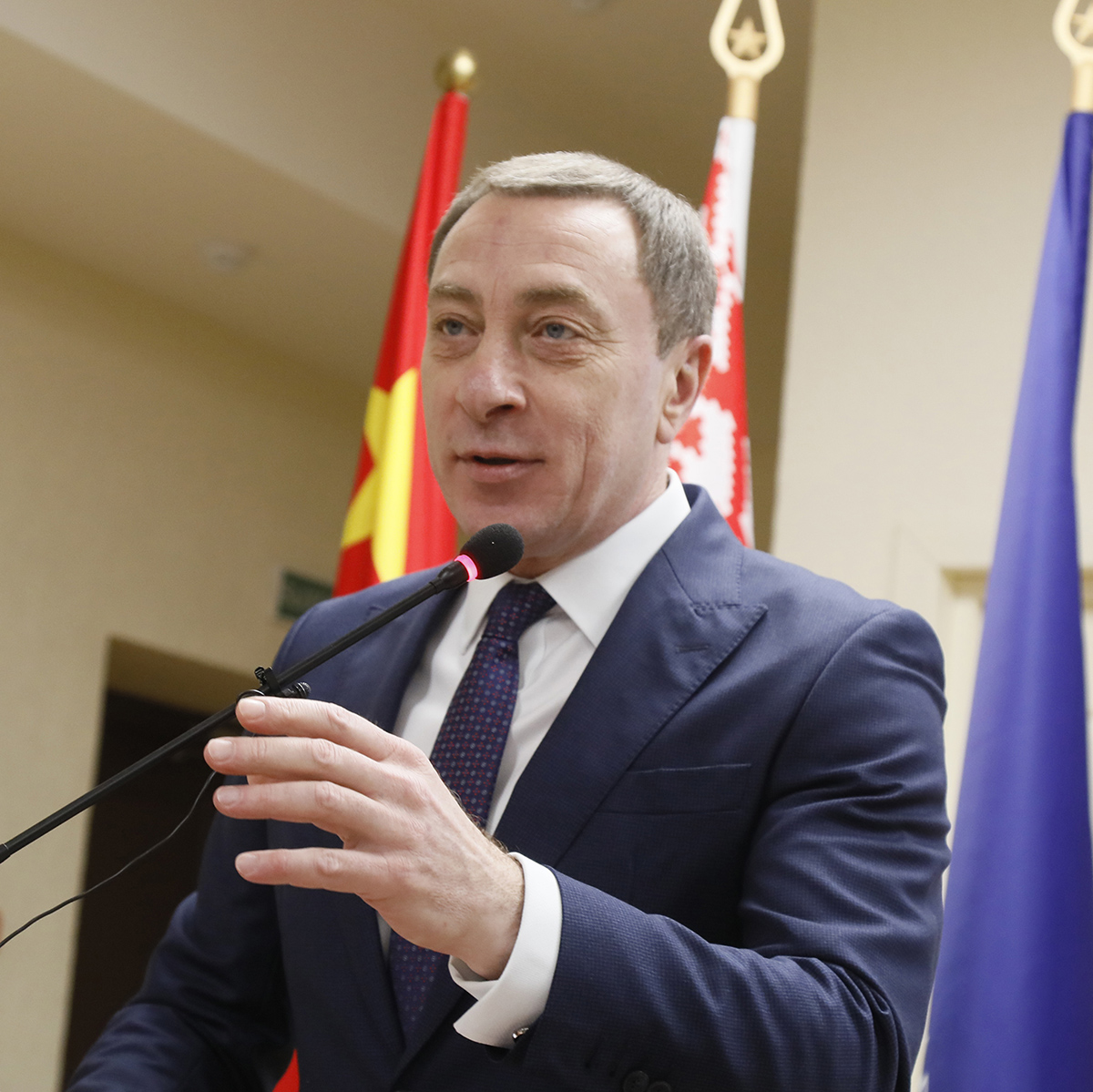 In such a short period for the history of diplomatic relations as 30 years, Belarus and China have gone from zero to the highest point. It’s very fast and very important to us. Bilateral relations are based on a single ideology for the development of society and the country. Two countries in the world prioritise the well-being of their citizens in their social and economic policy — Belarus and China.”
Over 30 years, at least 25 projects in industry and the energy sector have been implemented for almost $5 billion. Four projects worth about $2.5 billion are under implementation. Over the past 10 years, a quarter of the GDP growth in Belarus has been achieved through the investment component of China. Over 30 years, China’s accumulated investment is more than $2 billion, of which more than $1 billion is China’s direct investment.
(January 10th, 2022, commenting on a telephone conversation between the leaders of Belarus and China.)

According to the statistics of the Chinese side:

the volume of bilateral trade increased from $60.8 million at the time of the establishment of diplomatic relations to $3.82 billion in 2021, an increase of almost 62 times.

From January to November 2021, the total trade turnover between China and Belarus reached $3.45 billion, an increase of 27.8 percent compared to the same period of the previous year.

Currently, 85 companies are registered as residents of Great Stone with declared investments in the amount of more than $1.2 billion.

In 2021, the Chinese government donated four batches of COVID-19 vaccines to the Belarusian side for a total of 1.4 million doses and will provide another 1.5 million doses in the near future.


For 30 years, the Republic of Belarus and China have implemented:

4 projects under implementation for  about $2.5 billion

China has become the second trading partner of Belarus, the export of domestic products to this country is increasing every year at a rate of at least 20-25%

Based on materials of sb.by and belta.by
Open source photos