Presidents of Belarus and Russia Aleksandr Lukashenko and Vladimir Putin held talks in St. Petersburg on the day of the 30th anniversary of the establishment of diplomatic relations between the two countries 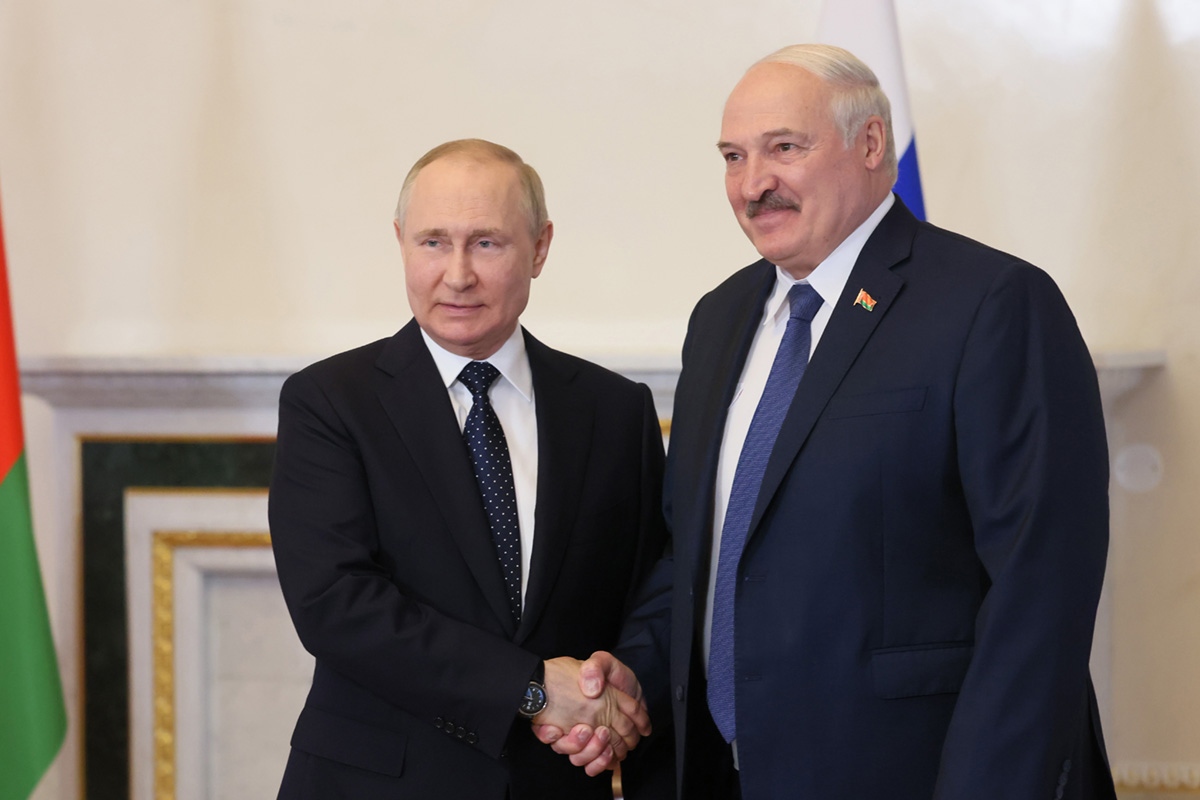 The meeting covered a lot of topics starting with logistics and economic co-operation and ending with responses to threats to military security and interaction within the framework of international organisations. Matters concerning the construction of the Union State of Belarus and Russia, progress in reaching earmarked goals also remain on the presidents’ radar.

“It is not a routine day, this is why you and I had agreed to meet. And our volume of interaction requires us to constantly compare notes, just what we are doing,” noted Vladimir Putin.
Belarus-Russia trade rose by more than a third in 2021 to over $38 billion. As noted by the President of Belarus, growth continued in January-April 2022, with the growth rate hitting 110 percent.

“So we are on the right track, from the look of it. Russia invested $4 billion in economy in previous years, it is our direct investments. Belarusian enterprises have made investments, too. We have good big joint projects,” said the Russian leader.
By the way, before the talks with Vladimir Putin, Aleksandr Lukashenko got acquainted with the construction of the Belarusian port in Bronka. This topic was also touched upon at the meeting with the Russian leader.
“I’ve been to Bronka where we intend to build the Belarusian port. Thank you for support. You’ve approved that construction project. I looked around. We are satisfied with the location you have earmarked and supported. A good place. We have already started loading small amounts of mineral fertilisers over there. I think it will be the most powerful port over there,” added the President.
Much attention was paid to economic issues at the meeting.
“Import substitution is our traditional topic. We’ve suggested 15 major projects. The Russian side has approved them. You’ve supported us with regard to the joint funding of these projects. If everything goes the way we have planned, we will start making import substitutes soon,” said Aleksandr Lukashenko.
The Russian President said he had talked to top government officials earlier that day to discuss the allocation of the credit resources the sides had previously agreed on. The resources are supposed to enable financial opportunities for Belarusian enterprises to start making import substitutes. In his words, the Russian government agrees that some of these resources may be and should be used by Belarusian enterprises in order to be able to make products for third-country markets, too.
In addition, Vladimir Putin was informed about the progress and results of a recent discussion at a BRICS forum regarding food and fertiliser supplies.
“Many of the speakers expressed concerns due to disrupted deliveries of food and fertilisers, rising food prices on world markets. Since Belarus and Russia are major suppliers on the international market, I would like to talk to you to discuss the satisfaction of the world market’s demand and demand of our constant clients,” he said.
Belarus and Russia occupy a significant share of the world market. Their share reaches 25 percent in some kinds of fertilisers. The Russian side keeps in touch with the relevant agencies of the United Nations Organisation in matters concerning food security.
An important topic of the conversation was the issues of defence and security of Belarus and Russia. Aleksandr Lukashenko stressed that the relevant matters are of critical importance for Belarus and Russia considering what is going on in the West.

“We are very concerned about training flights of the USA and NATO aircraft, which are training to carry nuclear warheads. It is very stress-inducing for us. This is why I ask you to consider a tit-for-tat response to these things. Without overdoing it. They are training to carry nuclear warheads. Please, help us at least adjust the aircraft we have for carrying nuclear payloads. I am not saying that we or you will transport nuclear ammunition over there tomorrow. But we cannot joke about it. We remember 1941 when they were lulling us into a false sense of security. And then we turned out to be unprepared for it. This is why it is a very serious situation for us. It is not the first time I’ve raised this issue with you. I know you’ve considered it in the Defence Ministry. I would like to hear how events are going to unfold here,” noted the President of Belarus.

Aleksandr Lukashenko added, “I am not trying to hide things, we have to be ready for everything even for the employment of the most serious weapons in order to protect our Fatherland from Brest to Vladivostok. It is our direct duty.”
As for training flights of aviation of the USA and partners in NATO, the Head of State remarked, “If they are training, they must be thinking about something. Otherwise, why would they train?.. We should seriously discuss the set of matters concerning defence and security so that our people — Russians and Belarusians — would understand that they are under serious protection.” 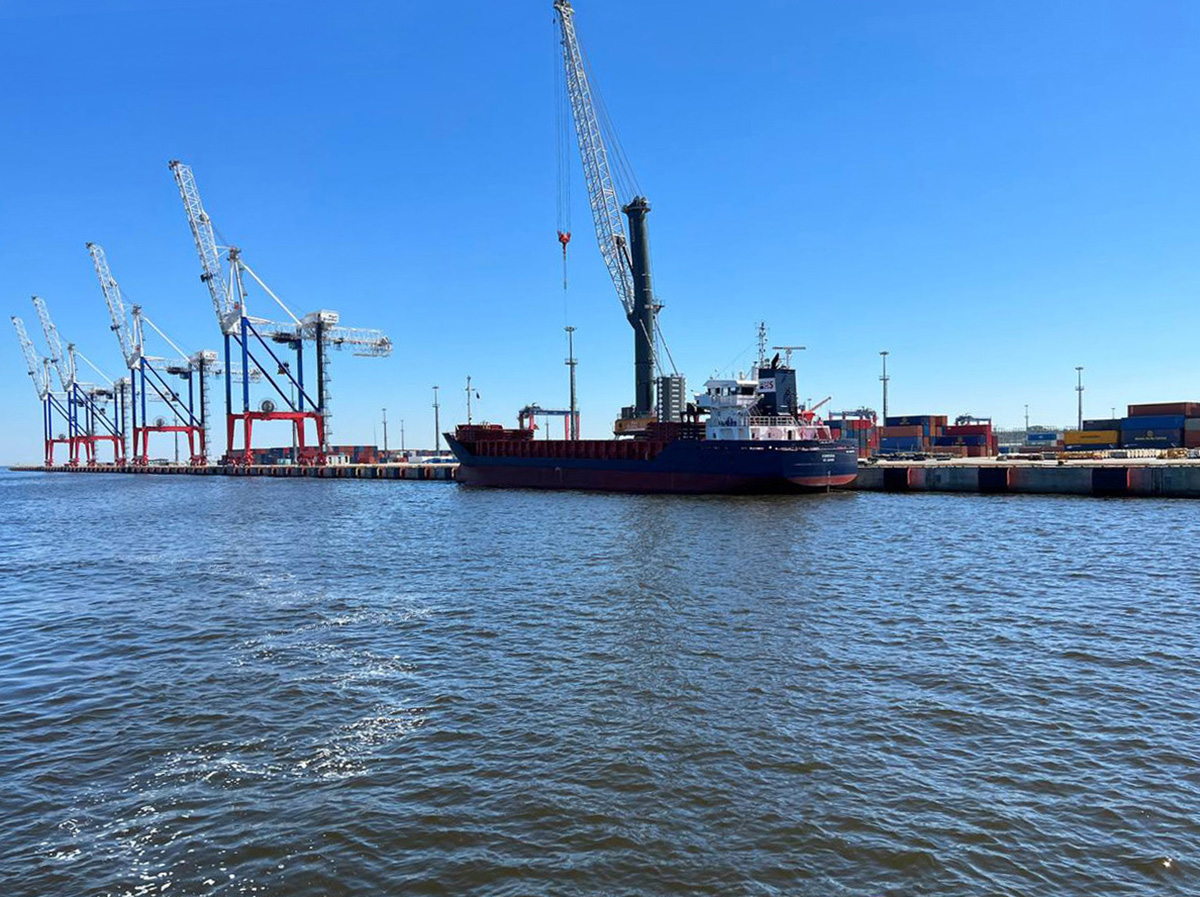 Speaking about security matters, Vladimir Putin pointed out that Americans keep 200 units of tactical nuclear ammunition in Europe. Those are primarily nuclear bombs. The nuclear ammunition is stored in six European countries, which are NATO members.
“As many as 257 aircraft have been prepared for employing the nuclear ammunition. Not only American aircraft but also aircraft of the countries I’ve mentioned,” Vladimir Putin explained.
“Is there no base like that in Russia?” Aleksandr Lukashenko wondered.
“There are none in Russia,” Vladimir Putin replied.
Vladimir Putin also presented his position on Aleksandr Lukashenko’s proposal for a military tit-for-tat in response to USA actions, “We could. But you and I probably don’t have to respond, there is no need for that. But I fully agree with you that we simply have to take care of our security, the defence of the Union State of Belarus and Russia, and probably defence of other Collective Security Treaty Organisation states. This is why I suggest the following.

The Belarusian army has quite a large number of Su-25 aircraft. They could be upgraded but, truth be told, the modernisation has to happen at Russian aircraft factories (you and I will agree how it will be done) and the pilots have to undergo the relevant training. That’s firstly. And secondly. As you and I have agreed, you’ve raised the issue, our decision has been made: we will hand over a number of tactical missile systems Iskander-M to Belarus within the next few months. They can fire ballistic and cruise missiles with conventional and nuclear warheads.”

“Yes. I absolutely agree,” Aleksandr Lukashenko replied.
The President of Belarus also drew attention to the confrontational policy of Poland and Lithuania, “We are very stressed by the situation and the policy our neighbours pursue. Broadly speaking, you know it. I am talking about the leadership of Poland and the leadership of Lithuania. A policy in favour of confrontation. And you are getting your fair share from them, too. There have been mercenaries primarily from Poland in Ukraine recently. I don’t understand why they want a confrontation. It is clear they are being pushed to it, but the policy is disgusting. Aggressive behaviour.”
Aleksandr Lukashenko noted Lithuania acts similarly, “The flow of information regarding their intention to stop transit from Russia to Kaliningrad via Belarus, to isolate Kaliningrad is increasing. Listen, it is tantamount to the declaration of some war. Such actions are intolerable in modern conditions.”
During the meeting Aleksandr Lukashenko mentioned Belarus would like to improve its status within the framework of the Shanghai Co-operation Organisation.