Examples are not far to seek: the inhabitants of Lithuania and Latvia are already coming to Belarus for flour, buckwheat and salt thanks to their governments…The flywheel of inflation gaining momentum in the EU is not just a sanctions boomerang. This is an indicator of the inadequate behaviour of the ruling elites of the European Union, unable to assess the role and significance of good neighbourliness 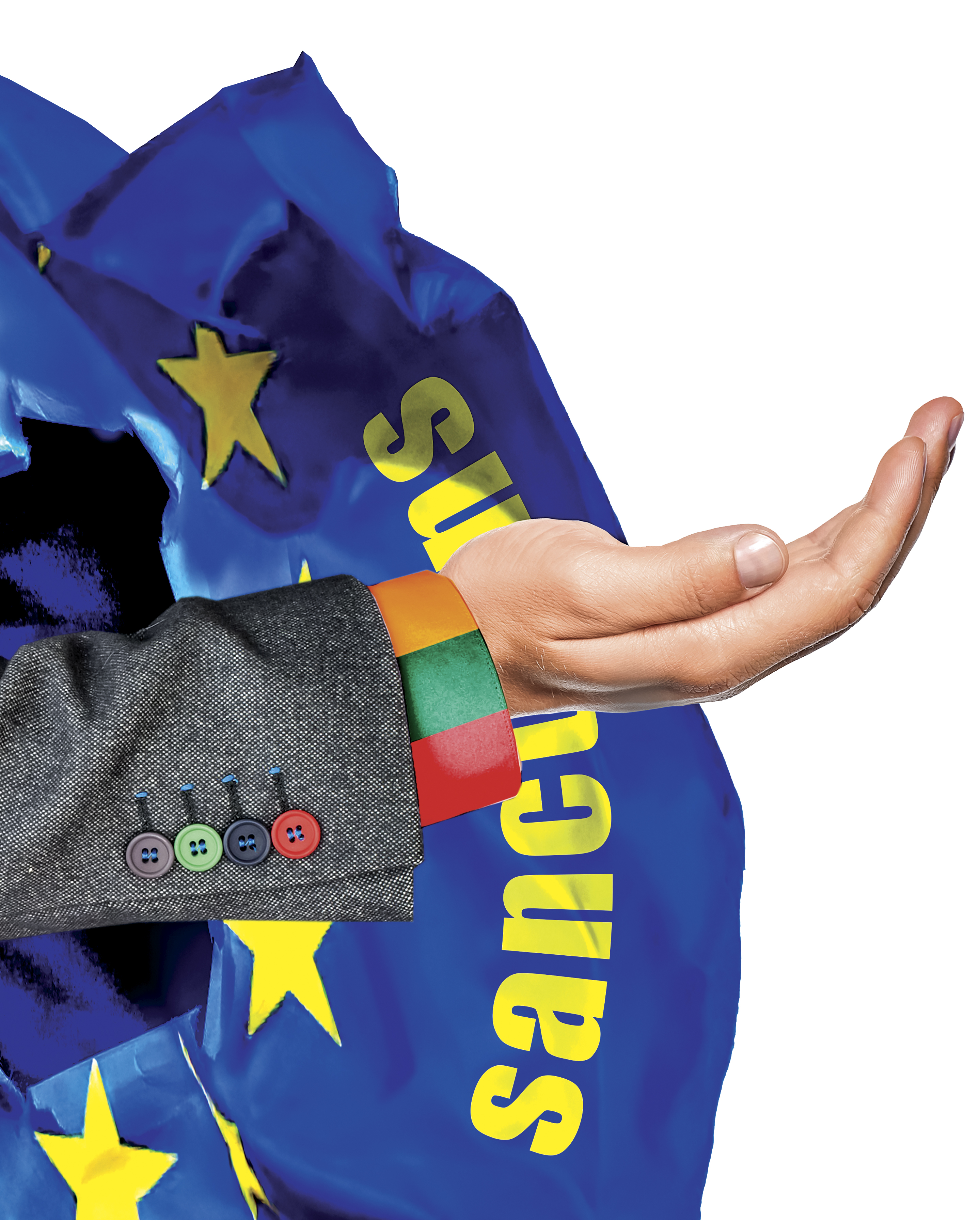 President Aleksandr Lukashenko,
“No one cares about economy. They do not think about it. Let’s take Lithuania and Latvia, for example (I do not take Poland, although it fits the pattern too). Well, they have not only shot themselves in the foot. They have already shot themselves in the head. You must think before you impose sanctions, mustn’t you?.. It is all in the head. The sixth, seventh rounds. They have approached the sixth round and some, who still understand something (like the prime minister of Hungary), paused and suggested stopping. Otherwise, this might all end in a collapse! Mark me, they will collapse in a year.”
During the communication with journalists at an opening ceremony of city children’s polyclinic No. 9 in Minsk, June 3rd, 2022

Inflationary acceleration: the worst is ahead

Inflation in the Eurozone reached a record high of 8.1 percent on an annualised basis in May. According to the latest data from the European statistical office Eurostat, this is the highest figure since the introduction of the single European currency in 1999. Among the main reasons for such a sharp jump are the conflict in Ukraine and the hard lockdown in China. Thus, all the goals of the European Central Bank, which set an inflation ceiling of 2 percent, were just undermined. The main factor behind the inflationary acceleration was the rise in energy prices, which reached almost 40 percent year-on-year. The second factor was the rise in food prices. German media state that food prices have risen sharply in Germany in recent months as a result of the armed conflict in Ukraine.

According to Allianz Trade experts, prices in supermarkets will additionally increase by at least 10 percent, and probably much more in 2022. This will amount to €250 per man per year. According to Western media, food prices in Germany for oils and fats have increased by 53 percent, flour — by 28 percent, pasta — by 19 percent since the beginning of the Russian special operation. Trade analysts conclude that the worst is ahead.
Experts predict that the European Central Bank may raise interest rates for the first time since 2011 to combat the sharp rise in prices.

According to the Manager Magazin business publication, Germany can expect a double-digit inflation rate, a third of working Germans are already unable to make ends meet due to the high cost. Foremost, this applies to employees with a salary below €2,000 per month. Although the official inflation rate in Germany is 8.1 percent, the Germans themselves estimate real inflation at 14 percent and expect it to reach 20 percent soon based on their consumer basket.

Disturbing news arrives from farmers in Germany. The German Agricultural Workers’ Union said that the crisis in the food markets, which arose as a result of the conflict in Ukraine, will last for many more months and will continue until next year. This will inevitably lead to higher prices. In particular, it is expected to see the 20 percent increase in the cost of dairy products.

The price of food in the UK also rose markedly. According to the ONS National Statistical Institute, inflation reached 9 percent in April, which is the highest level in Europe. Prices for pasta increased by 14.9 percent, meat — by 14 percent, butter — by 12.5 percent, milk and eggs — about 10 percent. Moreover, sunflower oil has even become a shortage.

The Bank of England has already called current food prices ‘apocalyptic’. And so-called ‘food poverty’ has risen by 57 percent in the UK since the start of the year, affecting 7.3 million adults and 2.6 million children.

More and more employed Finns come to food aid distribution points. Food prices and necessities have risen faster than benefits or wages, leaving some citizens short on food. Do not forget about Ukrainian refugees, who also claim free food. By the way, if France introduced food stamps, then Finland is preparing to switch to a system of food assistance through the issuance of payment cards. Nonetheless, most likely, such cards will appear only at the end of the year.

The contradictory policy of Brussels, constantly sacrificing the socio-economic interests of the EU countries amid certain political interests, and then forced to urgently extinguish the growing degree of economic and social tension, has long become a byword. According to the Polish news portal Onet, a sad embodiment of this duality is the fact that residents are lining up for coal in a number of regions of Poland these days. Thus, they go through the forests in search of brushwood. A similar situation has developed amid a ban on coal imports from Belarus and Russia. It should be noted that this happened despite the fact that the EU court in Luxembourg ordered Poland to pay a daily fine of €500,000 thousand euros until it stops coal mining at its Turov mine little more than six months earlier, in September 2021. It is noteworthy that another EU member, the Czech Republic, applied to the court for this matter at the end of February 2021.
However, the West still considers Russia and Belarus to be guilty of all its troubles. If we forget about the sarcasm, the inconsistency of European politicians again rises to its full height. While Lithuania asks for some flour, buckwheat and salt, the food basket in other European countries is noticeably more expensive. Belarus has a developed agriculture and feels confident. On the other hand, our western and Baltic neighbouring countries are very unsure. Especially after Belarus opened a visa-free regime for their citizens, which is still in effect today. The President spoke about this issue while visiting the Chechersk Region at the end of April,

“People should be able to come from Poland, Lithuania, and Latvia to visit graves of their relatives like it has always happened. I’ve permitted them to do it without visas. But they don’t let their people enter Belarus. Why? Because the people come to us and buy salt. They don’t have salt! The great and rich West doesn’t have salt! Since they don’t want the people to say that Belarusians live a normal life, they simply don’t let them out. Here is democracy for you!”

“The key goal of the European Union’s hybrid aggression is to choke Belarusians, subdue their will, and deprive them of sovereignty by replacing it with images and candy wrappers. It was originally quixotic, but now it is quite comical. The sooner the European officials, who are still capable of critical thinking, come to realise it, the fewer global disasters they will commit.”

EXPERT OPINION
Political expert Aleksei Dzermant said (on the air of the ‘Weekdays’ talk show on Alfa Radio),
“We’re lucky that our President’s past was strongly tied to rural life, and – over the years of the country’s independence – he has been really investing into agriculture, although opposition-minded economists declared that we were burying billions (of Dollars) in the soil, that we needed no agro-towns and so much milk, since they could buy it from France or Sweden.... However, it appeared that agriculture is a chicken that lays golden eggs. We export our products worth billions of dollars, fully ensuring the food security of the country. We have earned and will continue to earn. There is a shortage of key food commodities in the West, the population is growing, the crisis is getting worse... Lukashenko was right in his decisions. Development of agriculture and food autonomy are fundamental for sovereignty. Together with energy and military security (nuclear power plant, military-industrial complex, powerful Armed Forces, the ‘nuclear umbrella’ together with Russia), having food security, we can live and develop in peace in any conditions.”