The Head of State visited the military airfield in Machulishchi and congratulated the Belarusian participants in the CSTO peacekeeping mission to resolve the crisis in Kazakhstan on its successful completion, and also expressed gratitude to the personnel. 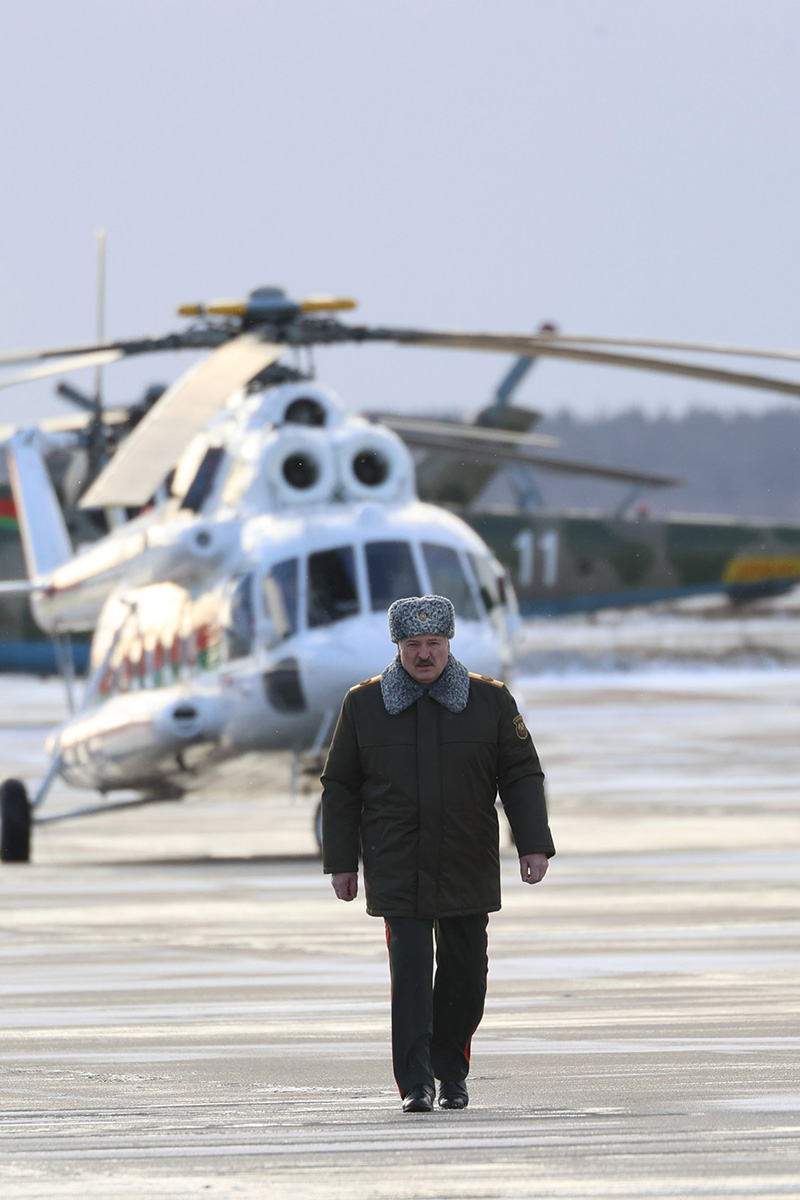 The Belarusian peacekeepers returned to our country on Friday by aircraft of the Russian Aerospace Forces. The withdrawal of Belarusian military personnel from Kazakhstan was thus completed. The President said,
“We understand that the events in our brotherly republic are another attempt of external interference in the internal affairs of independent states, and the threats that Kazakhstan has faced are common to most states in the post-Soviet space. Kazakhstan has been subjected to armed aggression by well-coordinated terrorist groups. They have undergone special training and have combat experience gained in various hot spots.”
According to Aleksandr Lukashenko, only thanks to the might of the CSTO, which was sent to Kazakhstan, that terrible plan to destroy the Kazakh state failed. The President emphasised, “By your actions, even without shooting, without conducting special operations, you only ensured peace and order with your presence in this country. It was a signal to everyone who today sharpens the sword along the perimeter of the Belarusian-Russian borders. You showed everyone that it is dangerous to fight with us. Moreover, it is impossible. We cannot be defeated. This is the main result of your operation.

The organisers of the rebellion intended to blow up the situation in this Central Asian republic and generally destabilise the situation along the Russian perimeter in order to weaken our main ally and fraternal state.

To you, Belarusians and Russians, I will say more, without boasting. This whole operation, down to the details, was developed by two presidents — of Russia and Belarus — within one hour. The intention was set. And the ministries of defence under the leadership of Shoigu and Khrenin detailed the plan of the two presidents in the general staffs, and in a few hours the first planes flew to Kazakhstan. Everything was done quickly and decisively, without hesitation.” 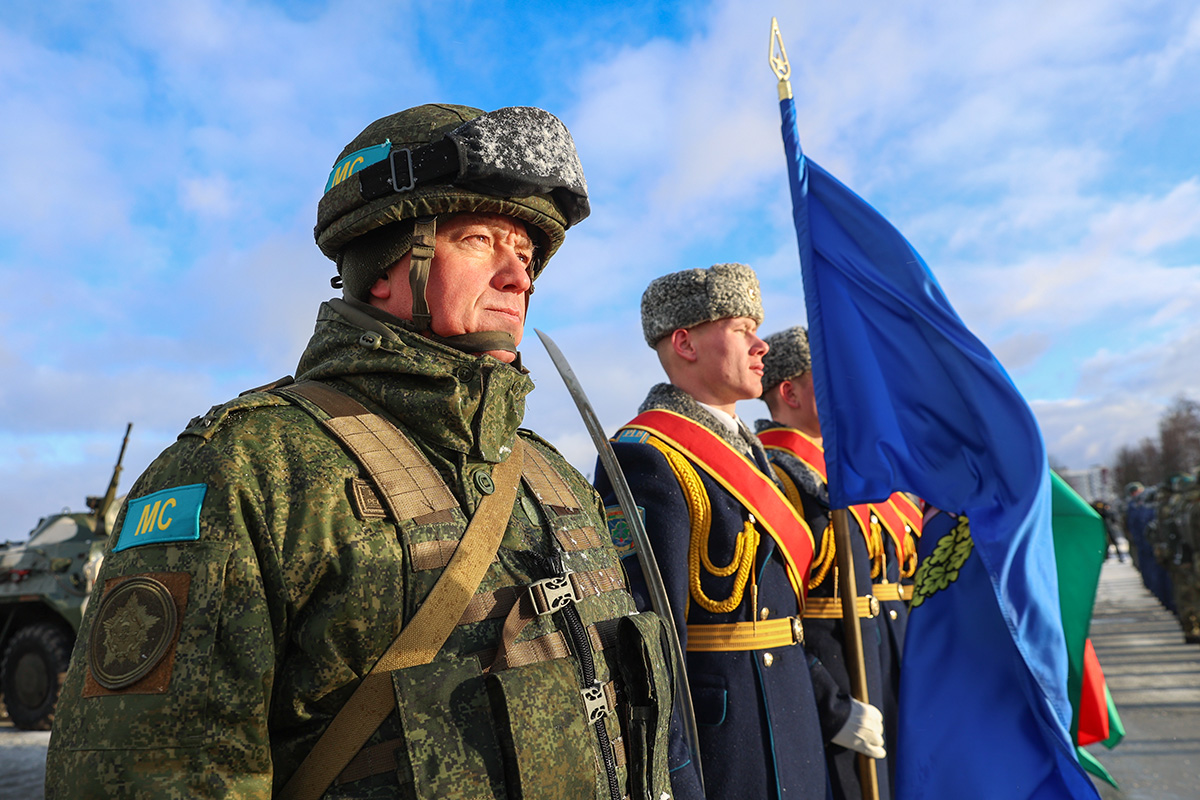 During a meeting of the peacekeeping task force that arrived from Kazakhstan
Photo: www.vayar.mil.by


Our common efforts not only cooled the ardour of terrorists and extremists controlled from outside, but also showed the whole world the close allied ties, the viability and potential of the Collective Security Treaty Organisation.
The President regards the success of the CSTO peacekeeping mission as the emergence of an effective mechanism for combating the so-called colour revolutions.
Aleksandr Lukashenko expressed special gratitude to the Ministry of Defence of the Russian Federation, Russian military pilots, who organised and promptly ensured the delivery of the Belarusian military contingent to Kazakhstan and back. 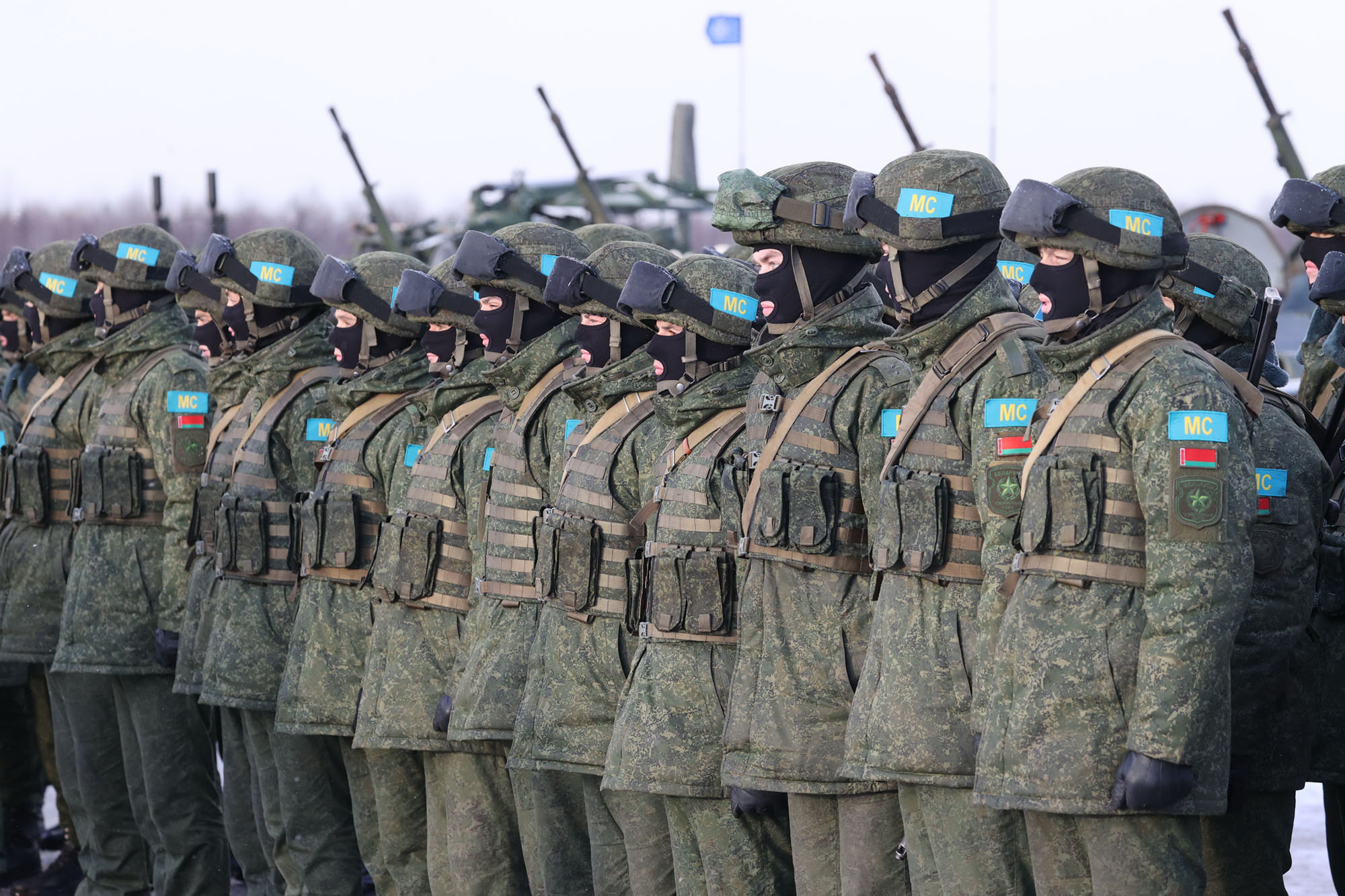 The peacekeeping task force, which returned the day before from Kazakhstan, at the military airfield Machulishchi

Speaking to the military, the President said that he sincerely worried about them, “I prayed to God that every single one of you would return from there not just alive, but healthy. And I’m happy that this operation ended just like that. Today you will see your relatives, your families, many of you will hug your children. This is the greatest happiness for me as the Commander-in-Chief of the Armed Forces, when you send, I emphasise once again, your children into the unknown and they return back alive and healthy.

And remember (maybe some of you don’t know this): thousands of dollars were ready to pay for your heads there (Belarusian and Russian serviceman, as they wrote, of ‘Slavic appearance’). But you survived. Our fugitives and other bastards dreamed that someone would return from there in an altered state. They did not get their way. And for this I am grateful to you (for saving yourself) and your commanders.

Every day, morning and evening, I simply interrogated the Minister of Defence about the state of health of our servicemen. You did an excellent job, as it should be for us, real men.”
The Minister of Defence of Belarus, Lieutenant-General Viktor Khrenin, on behalf of the Head of State, awarded the servicemen who returned from Kazakhstan and participated in the peace-keeping mission.