Belarus is confidently and systematically implementing digital technologies. The scope of IT solutions is huge. Smart cities, industries, transport and much more are no longer just a theory, but a part of our life. In terms of introducing information technologies into the life of society, our country looks good even among giant countries. Investors are also paying attention to this. Just recently, the President met with Mohamed Ali Alabbar, Managing Director of the Emirates company Emaar Properties, who also emphasised the achievements of Belarus in this area. The technologies of the future are confidently taking their place under the sun, changing our usual way of life. This is confirmed by the 28th International Forum on Information and Communication Technologies TIBO 2022, which was held in early June in Minsk. 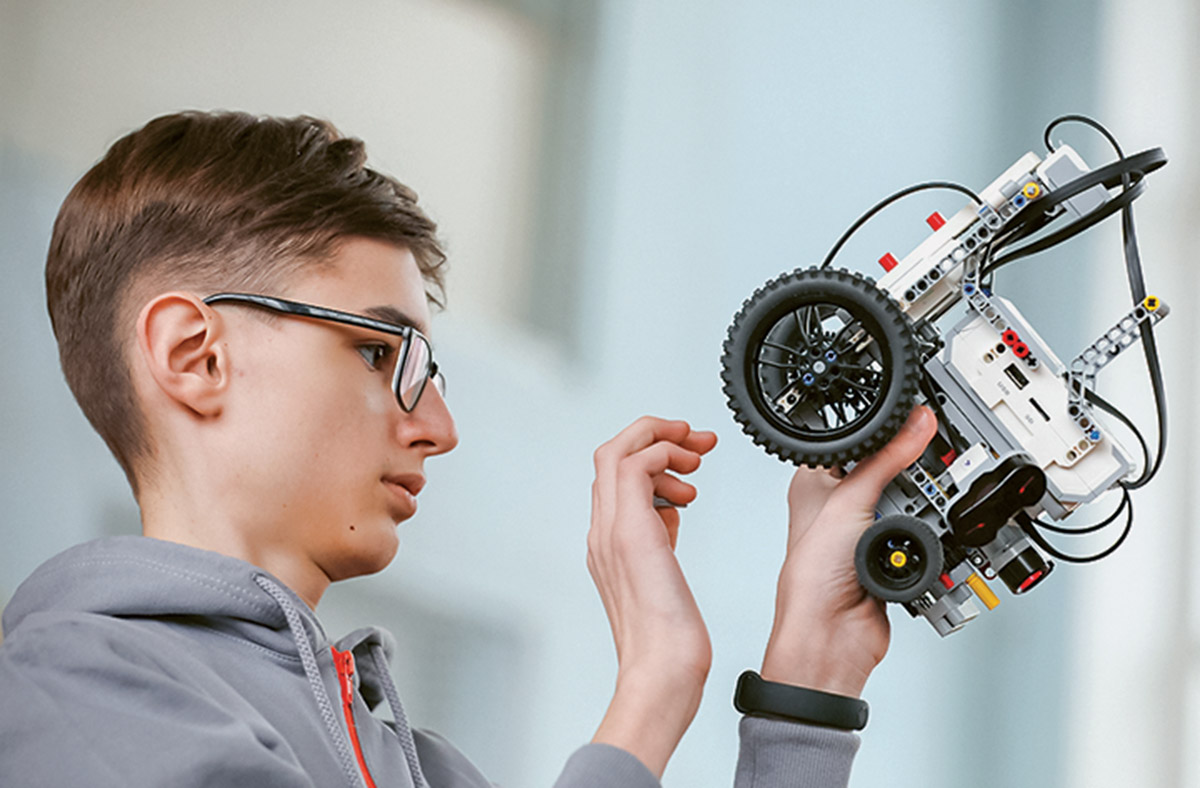 
President of Belarus Aleksandr Lukashenko,
“We have set ourselves an ambitious task to turn Belarus into an IT country. I am sure that this will be our common project, and it will make a worthy contribution to the most modern trends in the development of our society and economy.”
During the plenary session of the 4th Forum of Regions of Belarus and Russia, June 30th, 2017


Agriculture
Belarusian farms and multi-unit agricultural enterprises have long adapted to use modern technologies. Automation of operations allows not only to save money, but also to make the process clearer and more disciplined. 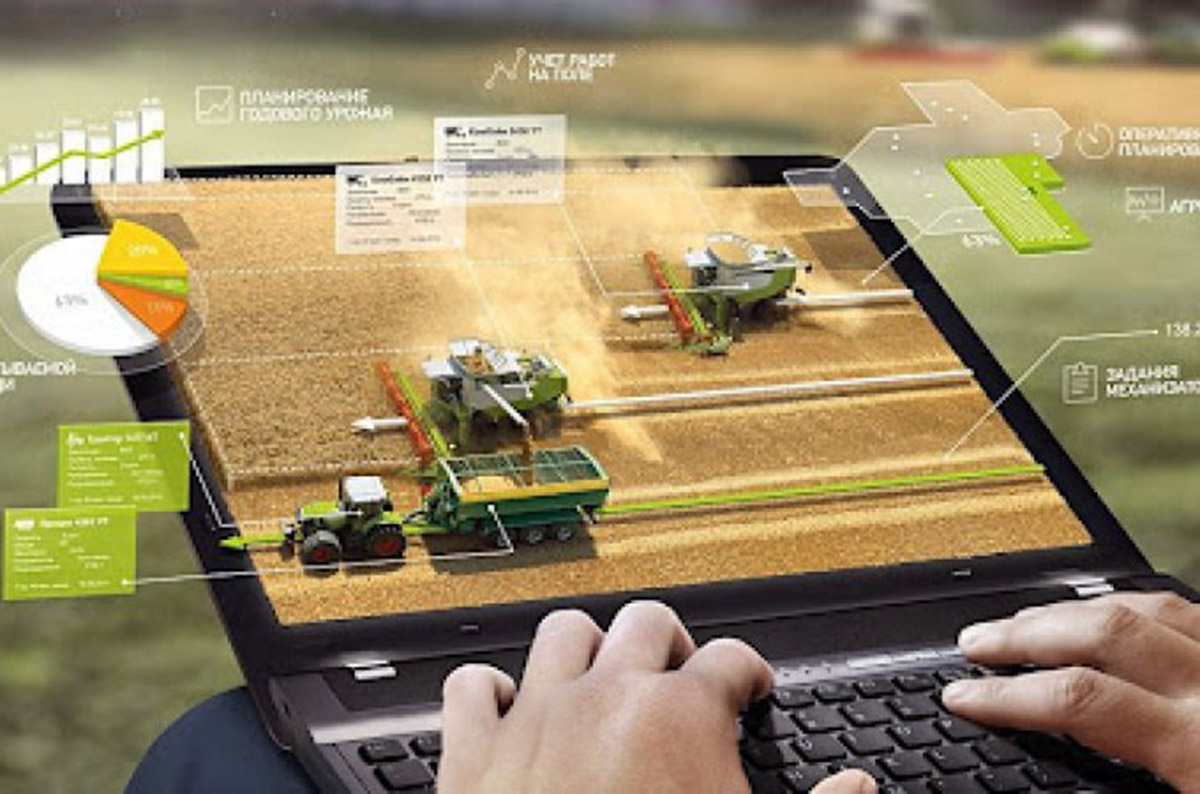 Take, for example, precision farming. With the help of drones, as well as special computer programmes, it is possible to accurately calculate exactly where it is better to apply fertiliser, where to remove weeds and how to organise watering. Robots that milk cows are also no longer a novelty. Aleksandr Sas, Deputy General Director for Animal Husbandry and Chief Veterinary Doctor of Zhdanovichi Multi-Unit Agricultural Enterprise UE, says that they had a robotic system ten years ago, “Now 11 robots are milking 552 individual animals. The main advantage is that animals have practically no mastitis. Consequently, the loss of milk production is reduced by at least 20 percent, since the human factor is completely eliminated.”

Industry
Industry 4.0
The fourth industrial revolution involves a new approach to production, based on the massive introduction of information technology in industry, large-scale automation of business processes and the spread of artificial intelligence. We have already moved from words and lengthy theoretical discussions to the formation of plans and their implementation. For example, a digital cloud platform has been developed, which is a virtual exhibition of enterprises in 3D format. An expert council is being actively formed, training programmes have been developed, and advanced digital marketing technologies are being introduced. Robotisation of Belarusian industrial enterprises continues actively. The introduction of new technologies makes it possible, for example, to replace an entire workshop of several hundred machines with three machines. At the same time, smart machines will also be able to increase the amount of work. 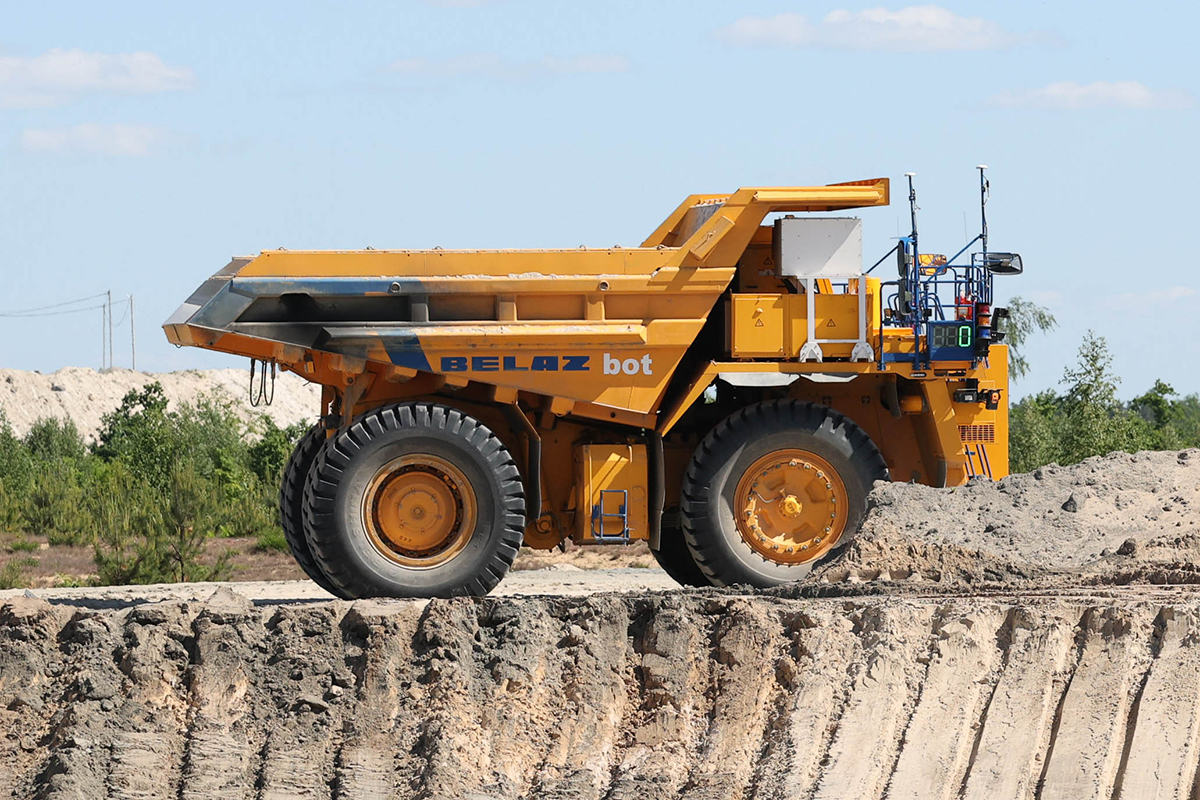 
The Belarusian robomobile giant has three modes, which include normal, when the driver is at the wheel, remote control mode, when the driver controls the car using an adapted computer steering wheel and joysticks from a specially equipped room, as well as a completely unmanned mode, when dump trucks work in robot mode in given routes. The first BELAZ dump trucks with a carrying capacity of 130 tonnes were sold to the Siberian Coal Energy Company.
And tractor
Autonomous tractor Belarus 3523i is a joint development of engineers from the Department of Design and Experimental Works No. 1 of the Minsk Tractor Works and the Joint Institute of Mechanical Engineering of the National Academy of Sciences of Belarus. The machine is equipped with GPS navigation and precision farming system.

Education
Digital faculty
For the full development of the knowledge economy in modern conditions today, first and foremost, we need personnel in the field of information technologies and robotics. School must be the places to nurture young minds. To this end, the Belarusian State University has developed an educational project Programming as the First Profession designed for children aged 13-17. 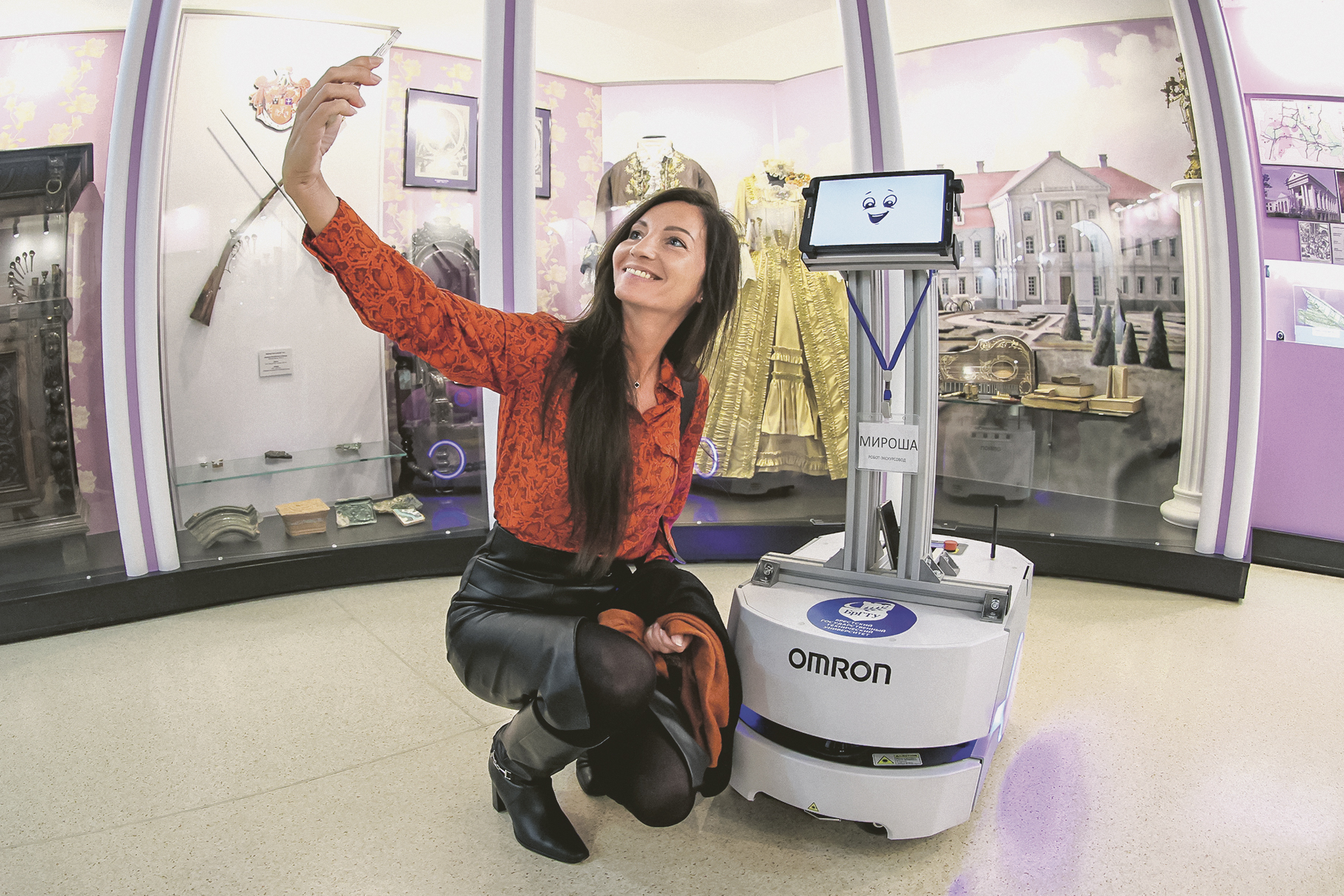 A robot that knows the answers to all questions
It is possible that there will be teaching robots in the near future. For example, visitors to the Brest Regional Museum of Local Lore are already being enlightened by a robot with the female name Mirosha. It was developed by students in the Industrial Robotics educational scientific and practical laboratory of the Brest State Technical University.
To keep up with the times
For several years now, there has been a boom in demand for robotics courses among schoolchildren and teenagers. There are specialised studios all over the country. For example, some of the pioneers of robotics in the Brest Region were young teachers of mathematics and computer science, brothers Aleksandr and Evgeny Pernachi. Through the efforts of the driven teachers and no less talented children, it was possible to create a robotic machine, a smart watch based on the Aurdino electronic device development platform. One of the recent projects was the Smart Briefcase, the idea of which is to create a specially made matrix with LEDs based on a regular student’s briefcase, which makes it much more noticeable at night. And built-in GPS navigation allows parents to track their child’s location.

Medicine
Robot doctor
The Republican Centre for Robotic and Endoscopic Surgery has been operating at the premises of the Republican Clinical Medical Centre under the President Administration for five years. Its tasks include not only the implementation of surgical interventions at the modern level, but also the dissemination of new technologies among other clinics, training in modern surgical methods of treatment. The first surgery with the help of a robot in Belarus took place on February 6th and lasted about 40 minutes. The patient had her gallbladder removed. She was discharged on the second day. Belarus is the first country in the CIS that has acquired such a system. 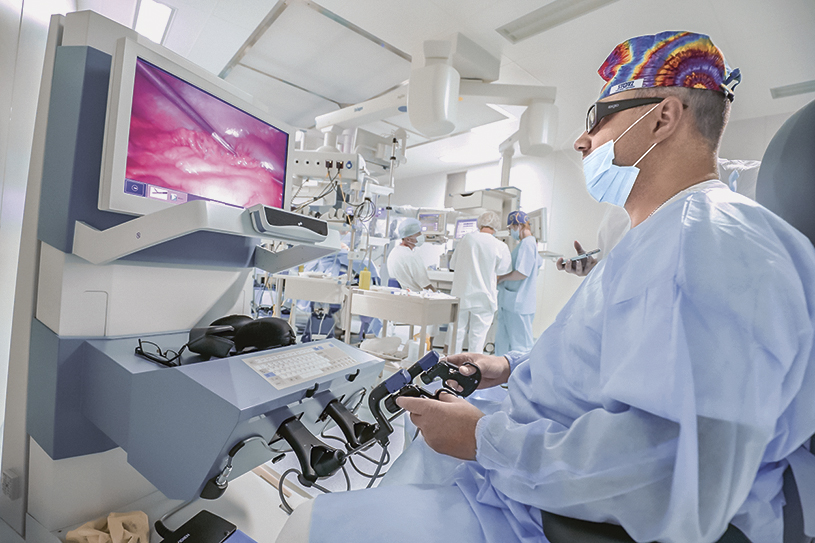 • According to the International Telecommunication Union, with regard to the ICT index, Belarus ranks 32nd out of 176 countries.

• We have in 14th place in the overall ranking of postal development (2IPD), as well as the leading position in the regional group among the countries of Eastern Europe and the CIS.

• According to the Global Innovation Index – 2021,
the Republic of Belarus:
– ranked 16th among 132 states in terms of ‘Access to ICT’;
– in terms of ‘Export of ICT services’ (telecommunications, computer and information) in the total volume of foreign trade, Belarus is in 11th place in the world.


IN FOCUS
Konstantin Shulgan, Communications and Informatisation Minister,
“The speed of mastering new technologies is the basis of economic development and gives undeniable advantages over competitors. Today, such advantages are information technologies and the pace of their implementation in traditional processes. As a result, we see new forms of added value creation, as well as use of digital data for decision-making, emerging.”