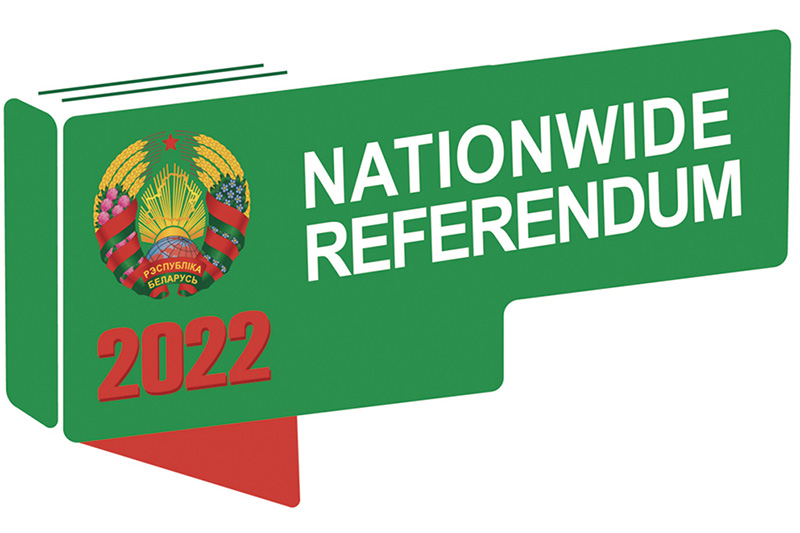 Belarus is gearing up to hold a nationwide referendum 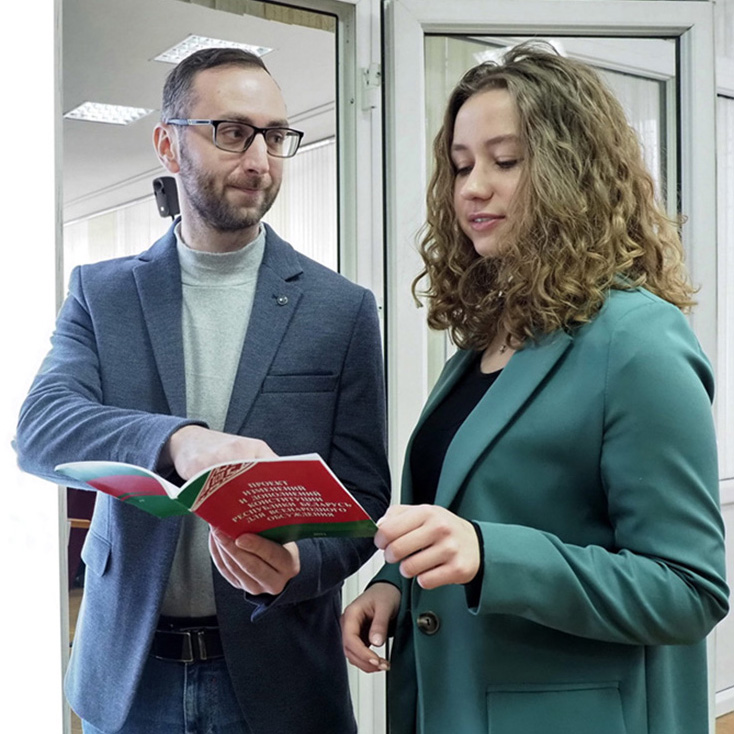 SUBSTANTIVE VIEWS
Svetlana Yezerskaya, Chairwoman of the Slavgorod District Council of Deputies:
A whole generation of Belarusians was born and formed their outlook during the period of independence of our country. People have become accustomed to stability, confidence in the future, so now we see the current sentiment — to show the initiative, to go to a referendum, and to have a part in the future of the country in which we want our children to live.
The protection of the interests of citizens and support for people in difficult circumstances remains the priority of the social policy of Belarus. This is demonstrated by the strategy towards the creation of an inclusive society. I personally attended about two dozen forums where the Constitution draft was discussed in labour collectives. In addition, I can say for sure that people are showing interest, care, mindfulness — and want their vote to be taken into account in the referendum.

Lyudmila Demidchik, Director of the State Educational Institution Secondary School No. 31 of Vitebsk named after V. Z. Khoruzhaya:
Four forums were held at our school, including those with the heads of educational institutions of the city. When discussing amendments and additions to the Constitution, we, teachers, were especially interested in Article 32. It contains the norm of the traditional family, states that marriage is a union between man and woman. Until recently, it seemed that this was something taken for granted, but what has been happened in the world in recent years has shown that this simple truth needs to be legislated. The addition to this article refers to the fact that parents are obliged to prepare children for socially useful work, to inculcate culture and respect for laws, historical and national traditions, and it is of particular interest for me.
Now our school is preparing for the upcoming political event — the referendum. Three polling stations will open here, and I together with a number of teachers of our educational institution will take part in their work.

An important milestone for the future

Belarusian Deputy Tax and Duties Minister Ella Selitskaya said, “The proposed constitutional changes are a step forward, a sign that the state is not only evolving but also planning its future development for a decent life for our children and grandchildren.” 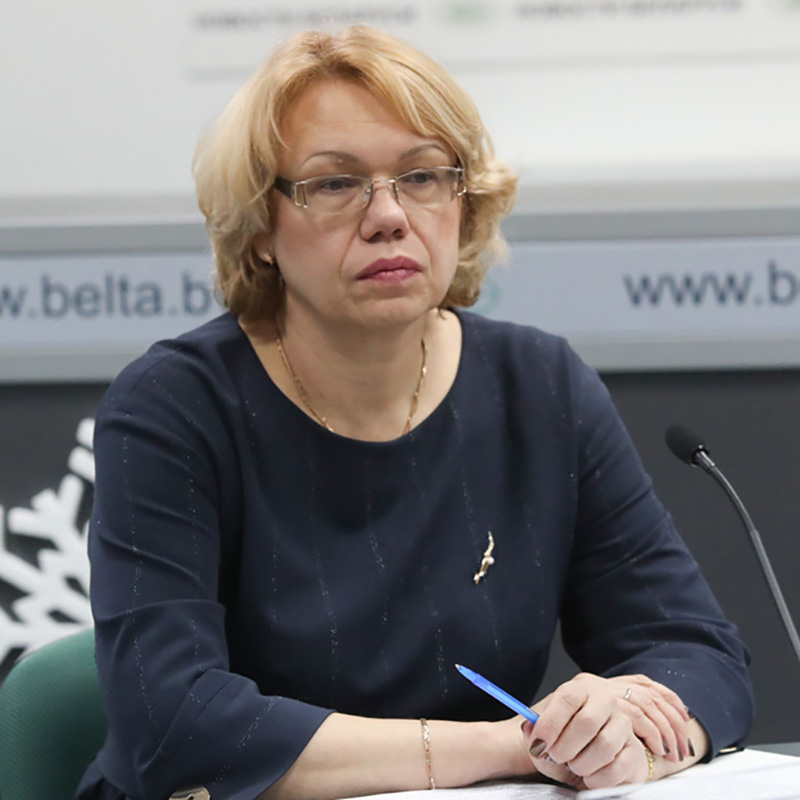 Voting at a referendum is an opportunity to jointly determine the future of our society and state while preserving the universal values developed by several generations. Such opinion was expressed by Deputy Tax and Duties Minister Ella Selitskaya.
There are three weeks left ahead of the extremely important event in the life of the state. It is time to re-read and analyse the proposed changes to the Basic Law of our country, so that on February 27th each of us could make an informed decision, on which the whole future of Belarus depends.
As a citizen and as a qualified lawyer, I carefully studied the proposed changes to the Basic Law of our country. At the outset, I wish to acknowledge that the proposed constitutional changes are a step forward, a sign that the state is not only evolving but also planning its future development for a decent life for our children and grandchildren. This is absolutely essential in a rapidly changing world, in the context of globalisation, digital transformation of economies, and under the influence of external political technologies. By doing so, it is possible to continue to be a strong state.
It is also important to emphasise that the amendments to the Constitution are aimed at strengthening the independence, protecting the sovereignty of Belarus, and developing our own direction. For this purpose, Chapter 31 is proposed to introduce another institution — the Belarusian People’s Congress representing the power of the people. This representative body, which has already passed the stage of formation in a quarter of a century and became a body of the civil society, is endowed with new, highly extensive powers. In my understanding, these are new opportunities for governing the state. It is this body that will determine the strategic directions for the development of our society and state, ensure the inviolability of the constitutional order, develop measures aimed at ensuring civil harmony and social stability.
This means that our further development will largely depend on its decisions. The draft Constitution provides a new procedure for electing delegates to the Belarusian People’s Congress. Representatives of not only local authorities and administrations but also labour collectives of organisations could become delegates. It is crucial that the main directions for development will be formed, among other things, by responsible, competent, and not indifferent citizens of our country. I also cannot fail to mention another innovation proposed for the Constitution — the preservation of the historical truth and memory of the heroic deed of our people during the Great Patriotic War (additions to Article 15 of the Constitution).
I believe that our fathers, grandfathers, great-grandfathers paid a heavy price for the victory of the Soviet people in the Great Patriotic War. The ministry recently discussed the crimes of Nazism during the Great Patriotic War, as well as the glorification of Nazi criminals with the participation of Igor Marzalyuk, Chairman of the Standing Commission on Education, Culture and Science of the House of Representatives of the National Assembly of the Republic of Belarus.
My heart literally sank from the facts presented from official sources, the horrors that took place on the territory of Belarus during the war. Therefore, today we must not let to rewrite history. We are obliged to convey the whole truth to our youth and future generations about what this victory means for us, Belarusians, precisely when those who fought in those years are practically gone. After all, this is exactly what freedom is, the independence of our country today, and most importantly, a peaceful life tomorrow.
That is why it is very important for us, citizens of the Republic of Belarus, to come to the polling stations and vote for changes to the Basic Law of our country, which will enable us to preserve the above values, and hence the further development of both our society and our state. 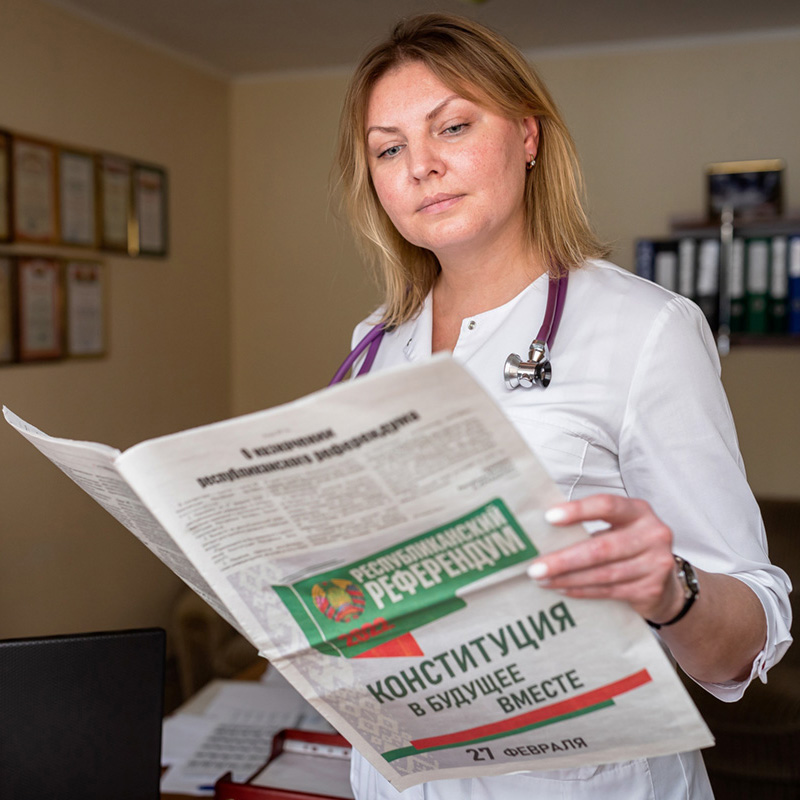 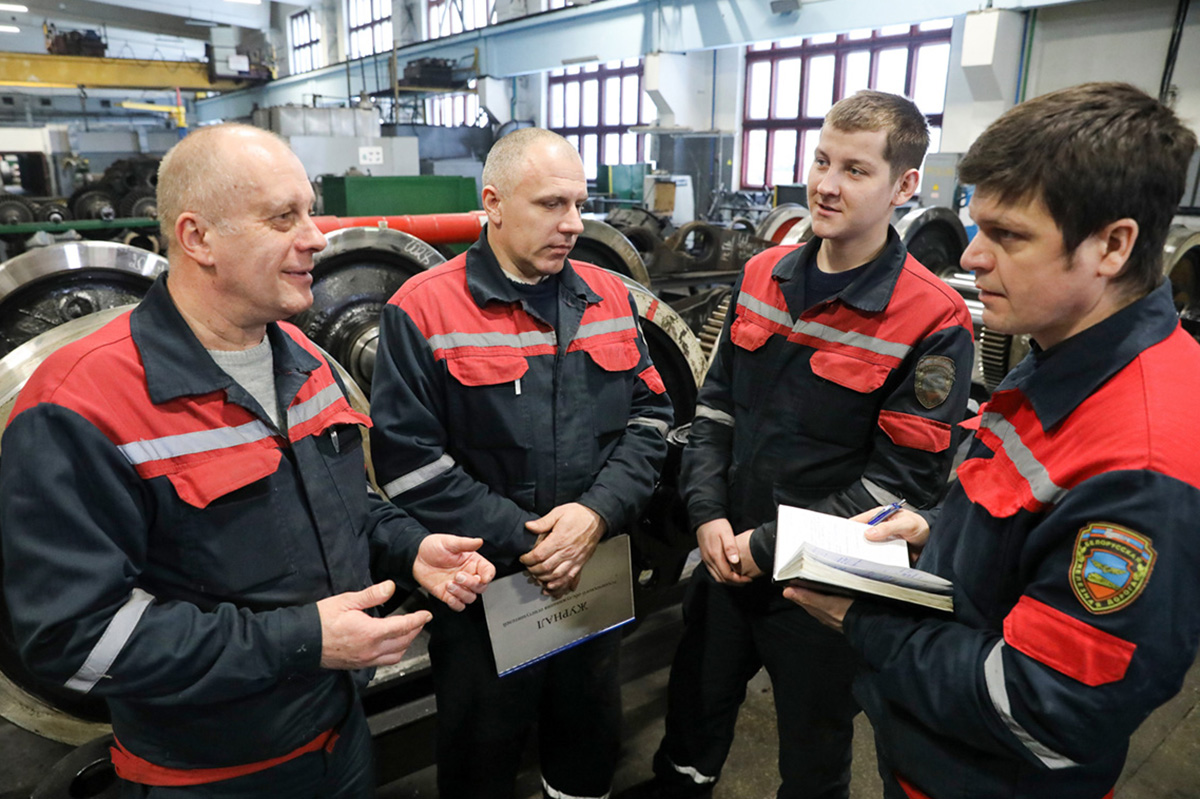 All in all, 5,510 polling stations have been set up in the Republic of Belarus, including 217 in health resorts and recreation centres, hospitals, and other healthcare institutions that provide inpatient medical care, and 12 in military units. The largest number of polling stations has been established in Gomel Region and Minsk Region (977 and 929 respectively), 883 — in Brest Region, 714 — in Vitebsk Region, 707 — in Mogilev Region, 608 — in Grodno Region, and 692 — in the city of Minsk.

Yevgeny Stankevich, engineer-technologist of Borisovdrev OJSC believes, “There must always be an opportunity for development.” 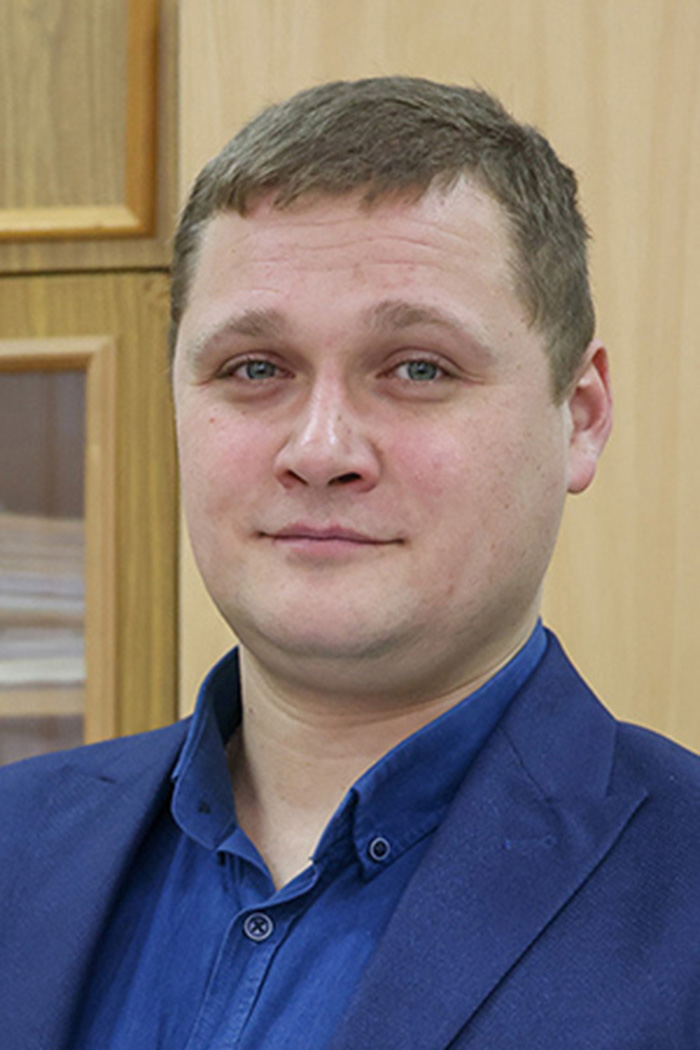 Modern type people have the opportunity to evolve spiritually and intellectually, make a career and participate in public life. Yevgeny Stankevich, engineer-technologist of the production and technical department of Borisovdrev OJSC is sure of it. The young man will take part in the republican referendum so that we will have such opportunities in the future. He shared his attitude towards other reasons to attend such a significant for every Belarusian event with the correspondent of MT.
Today, Yevgeny’s working day begins with a morning meeting with the director. Then the young man goes to the production workshops of the enterprise — MDF, plywood and match production, where, together with technologists, they plan work for the whole day. He performs these functions during the absence of the Head of Production Technology Department.
Yevgeny started working as an ordinary presser of wood and chaff boards in the MDF workshop and at the same time studied at the Belarusian State Technical University as an engineer for wood technology. After graduating from the university, he began working as a technologist in the Quality Control Department, and then in the Production Technology Department.
“There is a potential for career development at our factory,” Yevgeny smiles, “where there is a will there is a way, and this applies not only for the career.”
However, the young man believes that opportunities for youth development in our country are provided in all areas. It should be noted that these are not empty words, since Yevgeny is actively involved in the public life of both the factory and his native city. Two years ago, he became the secretary of the primary organisation of the Belarusian Republican Youth Union at Borisovdrev OJSC. Today, together with thirty active employees, they organise tourist rallies, receive prizes in various competitions, and are engaged in volunteer activities. They were among the first to help deliver medicines and food to elderly citizens of Borisov at the very beginning of the pandemic. Besides, they took third place among the teams of the Borisov District at the winter sports contest in 2020.
“Sport has always been in my life: as a child I did karate and became a bronze medallist of Belarus,” said Yevgeny, “now I’m into volleyball and I am very glad that I had such an opportunity. I want to keep it that way.”
The young man supports innovations in the Basic Law of the country.
Article 321 suggests that the state promotes the spiritual, moral, intellectual, and physical development of young people, creates the necessary conditions for their free and effective participation in public life, the realisation of the potential of young people in the interests of the whole society. How can one not vote for these strong and necessary guarantees? That is why Yevgeny will vote for his future.