Belarus must remain a presidential republic. The new Constitution is not being written for Lukashenko. There will be no dual power in the country. What else was discussed at the meeting of the President with the working group on finalising the draft of the new Constitution. 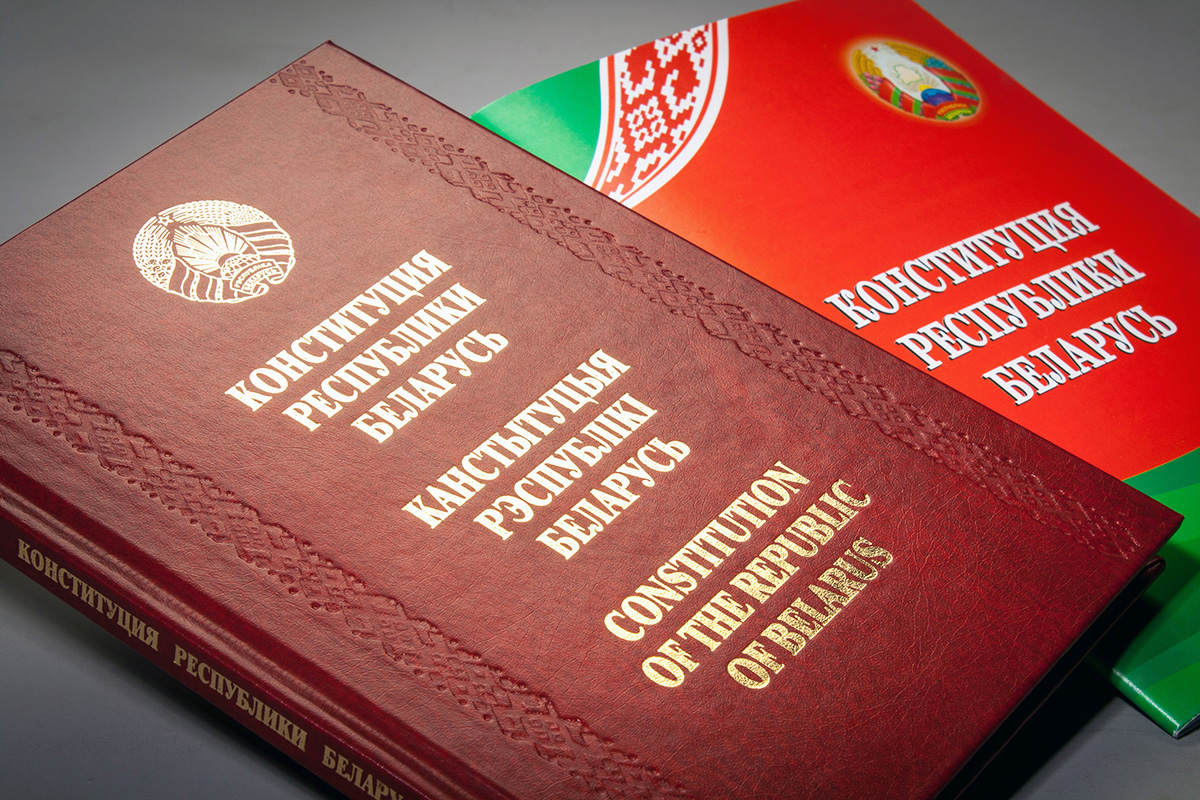 At the moment, it’s not only amendments to the Basic Law that are being developed but the Constitution of our common future is being written. President Aleksandr Lukashenko considers the following points to be key,
“The main thing in the work of this group is to prevent the loss of balance in the system of government. It is important to avoid the overlapping of functions and authorities of key government agencies and to ensure the coherence of their work.”

The table in the Red Hall of the Independence Palace brought together the Head of the Belarus President Administration Igor Sergeyenko, Chairwoman of the Council of the Republic Natalya Kochanova and representatives of both chambers of the Parliament, Deputy State Secretary of the Security Council Aleksandr Rakhmanov, Head of the Council of Ministers Office Konstantin Burak, Deputy Chairperson of the Constitutional Court Natalya Karpovich and judge Olga Sergeyeva, Chairman of the Federation of Trade Unions Mikhail Orda, Presidential Aide Aleksandr Kosinets and Doctor of Pedagogical Sciences, Professor Aleksandr Radkov. It is these people at expert level who will carry out the revision of the amendments to Basic Law, continuing the activities begun by the Constitutional Commission. At the beginning of the event, the Head of State recalled that the decision had been made previously, “Not long ago we agreed to hold a meeting of the Constitutional Commission after the working group, whose members are present here, finish — together with me, of course — writing the Constitution. Its final version will be submitted to the Constitutional Commission session and immediately to the referendum.”
In the process of developing amendments to the Basic Law, the idea of raising the status of the Belarusian People’s Congress is being discussed. The President dwelt on this issue,

“Special attention should be paid to the new body: the Belarusian People’s Congress. We need to determine its status and competences. We need to do it carefully so as not to disturb the stability of the state machine or allow dual power.”

According to the Head of State, the working group should work actively and swiftly from the very start. At the suggestion of Aleksandr Lukashenko, the work of the group will be led and overseen by the Belarus President Administration, and the Head of the Administration will promptly manage this process.

The Head of State drew attention to widespread fakes from the fugitive opposition. They say the new Constitution of Belarus is being developed under the current President. However, the Belarusian leader debunked this myth. The Head of State added that the current Basic Law establishes a solid system of government headed by the President,

“Therefore, any other Constitution will be weaker, as they say, more democratic than the current one. Therefore, to reproach me for making the Constitution under the President is complete stupidity. We say that the time has come to make the Constitution in such a way that, if we talk about the division of the functioning of the authorities and administration, so that the powers are to some extent dispersed, but the country remains a presidential republic.”

In further work, the President strongly recommends paying less attention to the actions and statements of the fugitives, “Whatever we do here, for them — the worse is the better. “We will hear them, whether we want it or not, but if we respond to every this and that coming from people living in Poland or Lithuania and working off the money received from Americans, Germans and others, we will have no time to work and take care of our own people, and we will not be able to address any issue, be it COVID or the sanctions.”
Aleksandr Lukashenko pointed to the high degree of responsibility of people involved in the development of the draft Constitution,

“You must always remember that any step we take can destroy the country... Let’s propose an option to the Constitutional Commission and then to the people; people of different ages, different beliefs, different professions, so that they understand that this is their Constitution.”

In an interview with reporters, the Head of the Belarus President Administration Igor Sergeyenko said that interaction with the group is already happening on an almost daily basis, and the work is serious and scrupulous.
The media asked if there was a deadline for the work. According to Igor Sergeyenko, in general, the revision process will take about a month. Thus, by the end of November to the beginning of December, the draft of the new Constitution should be submitted for national discussion.