The President approved the idea of a joint operational exercise of the Armed Forces of Belarus and Russia. It will take place in February on the western and southern borders of Belarus. 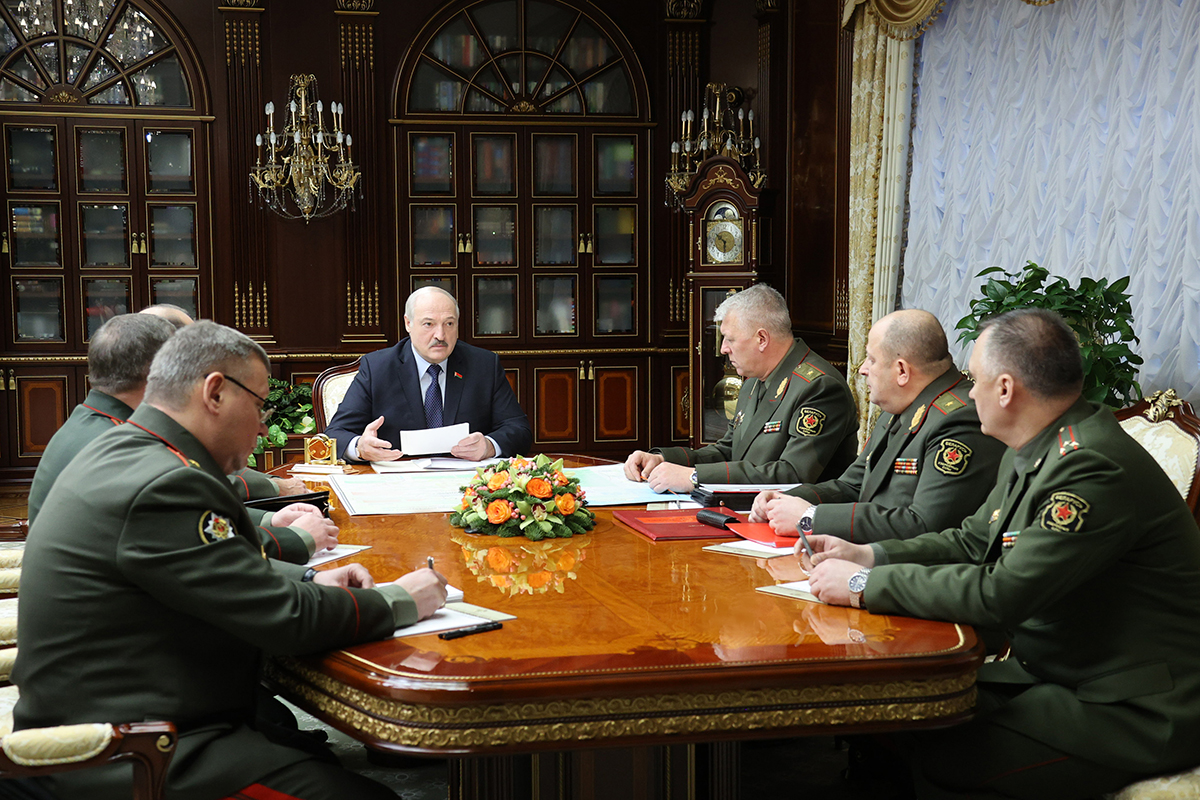 
Listening to the report on the concept of the exercise, Aleksandr Lukashenko recalled that an agreement on holding these exercises was reached with the President of Russia back in December last year, “We agreed to jointly carry out unscheduled specific activities on the western borders of the Union State and on the southern flank of Belarus — this is also the border of the Union State. Today we see that we need to conduct extensive exercises in this western and southern region, the ‘Belarusian balcony’.”
The Head of the Belarusian state stressed, “The situation is alarming, unfortunately, on our southern borders, that is, with Ukraine. Ukraine continues to build up forces, concentrating units of the national guard from the ‘radical nationalists’. This is even worse than NATO military personnel. And all this is in close proximity to the state border of our country.” 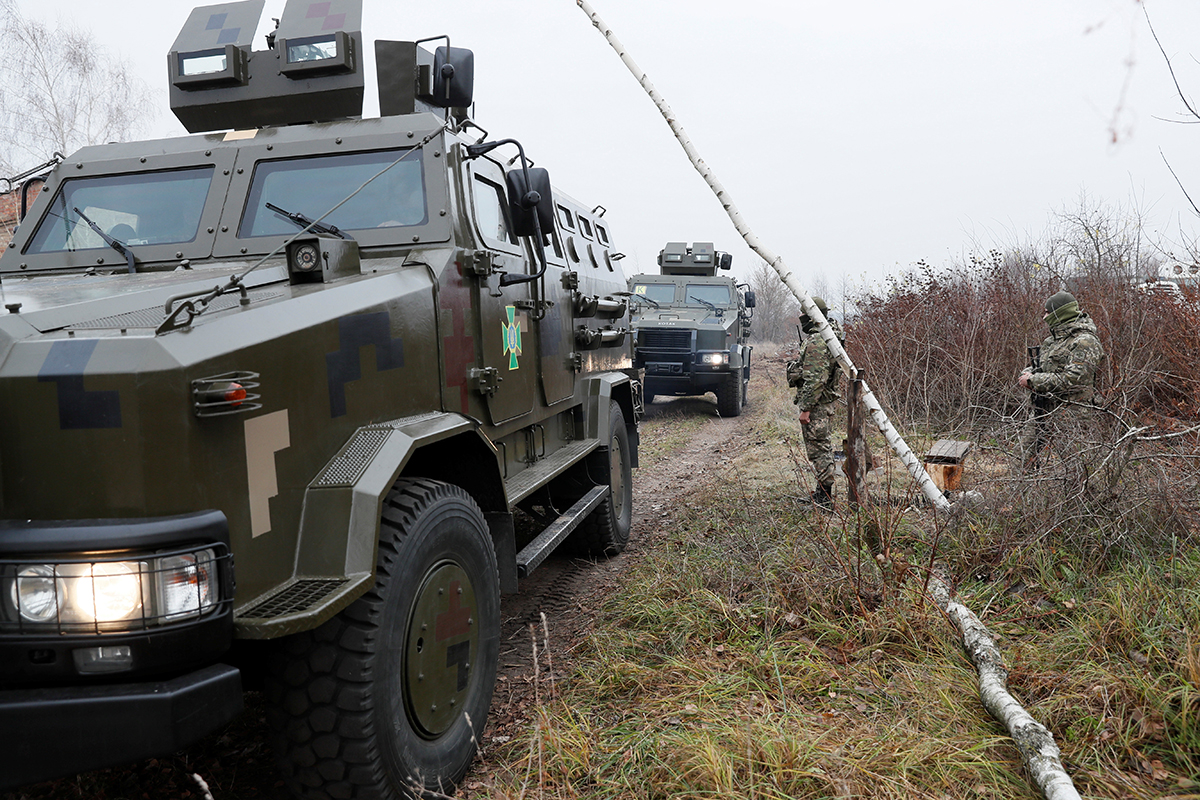 The Chief of the General Staff of the Armed Forces, First Deputy Minister of Defence of Belarus Viktor Gulevich, following the results of his report to the President, told reporters that the Joint Exercises of Belarus and Russia will be held in two stages.
According to him, one of the risks for the military security of Belarus is the presence of NATO troops on the territory of countries that border our republic. Thus, the group within the framework of operations ‘Forward Presence’, ‘Atlantic Resolve’ consists of more than 10 thousand people on the territory of neighbouring countries and more than 300 tanks.
“But besides this, as part of the migration crisis provoked by Western countries, a group of over 23 thousand people has been deployed on the territory of neighbouring states, which are distributed along the state border in the north-western, western and southern directions,” emphasised Viktor Gulevich. “Our country must respond to these challenges. In accordance with the decision of the Presidents of Belarus and Russia, a comprehensive inspection of the response forces of the Union State is being carried out.” 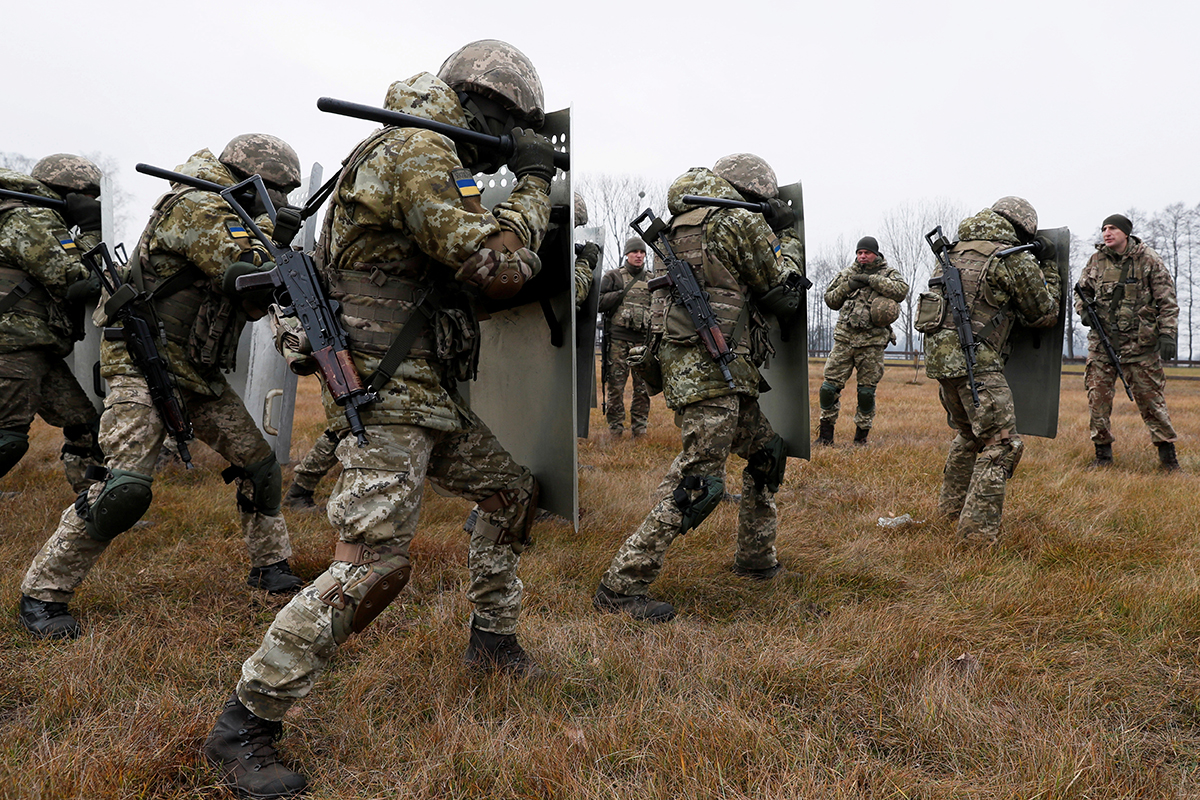 
The Chief of the General Staff noted that the authorities, formations and military units of both Belarus and Russia are involved in the inspection, “A fairly large task force will be regrouped on the territory of Belarus, with which a number of tasks will be practiced to protect the Union State in the southern direction, both in the airspace and on land, as well as the fight against sabotage and reconnaissance groups, illegal armed formations. The comprehensive inspection of the response forces of the Union State will be carried out in two stages. During the first, a regrouping will be carried out, the occupation of initial positions in operational areas. At the second stage, exercises will be held, where the troops will work out the implementation of combat training tasks. The holding of this event will demonstrate to all Western countries the commitment to the allied relations of the armed forces of Belarus and Russia and will show our readiness to defend the independence of our countries.”