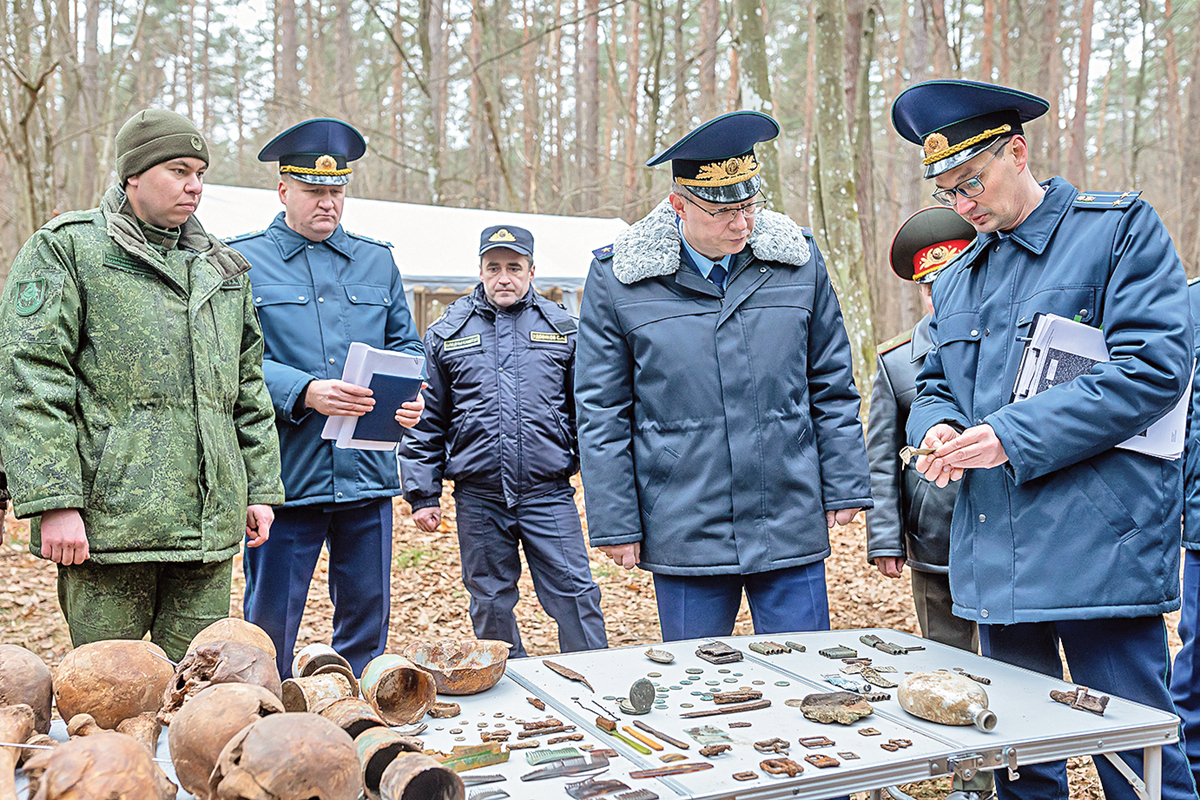 Excavations here are being carried out in connection with a large-scale criminal case of the genocide of the Belarusian people during the Great Patriotic War. In the course of the investigative actions, the burial places in which the Nazis hid the traces of their crimes are being established. One of these has been discovered this autumn in the forest of the Chenki forestry, near Gomel.
Having started the check, the prosecutors examined the archival files, including the interrogation protocols of the former police officers and guards of the transit prison in Gomel. It became known that civilian prisoners, as well as Jews from the ghetto, were shot and then buried in the forest. The information collected bit by bit helped to establish the exact location of the graves. In October, servicemen from the Defence Ministry’s 52nd specialised search battalion began excavations. 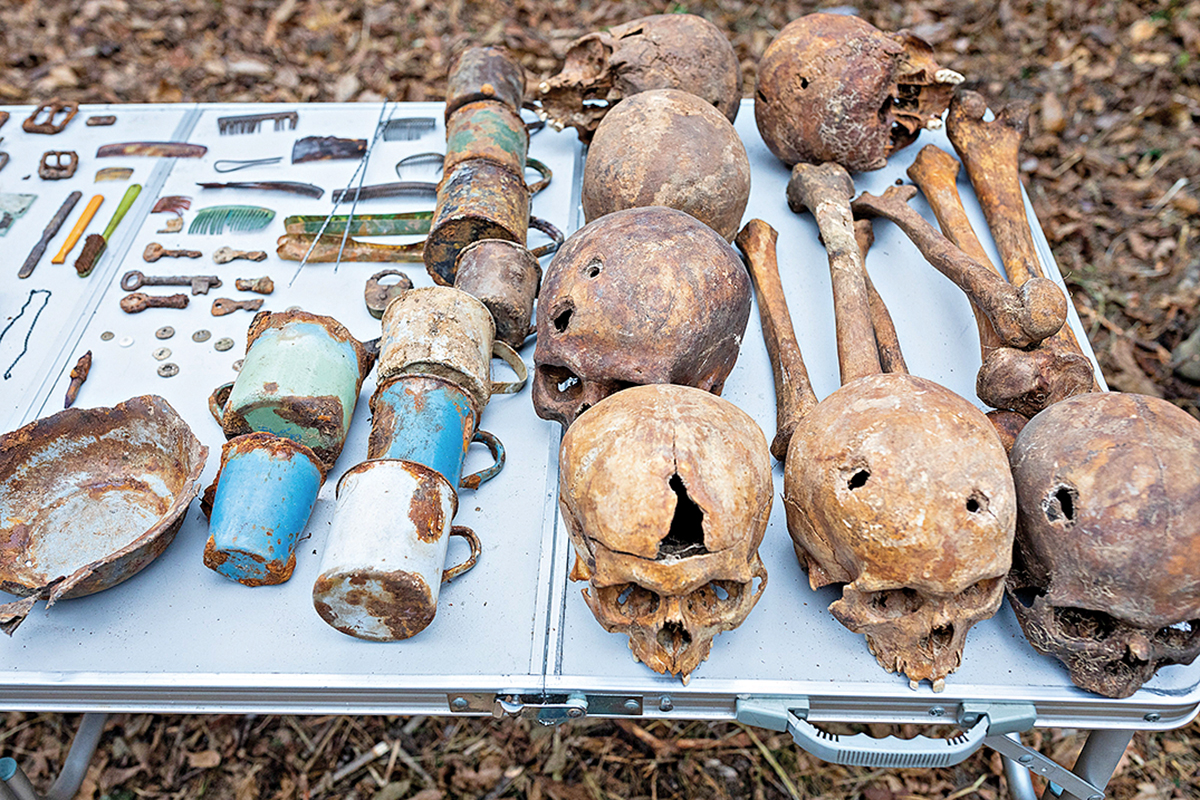 Thirty-four burials have been identified. Only some of them have been fully worked on. The remains of more than 300 people — men and women — were uncovered. Accompanying finds indicate their belonging to the civilian population. Among items found are keys, combs, eyeglass frames, ladies’ mirrors, belt buckles, coins and other household items. Of particular importance are the following pieces of evidence: fragments of clips from a German Mauser rifle, as well as cartridges and bullets from weapons that were in service with the Wehrmacht troops. The markings on the cartridges date from 1938-1943.
Specialists from the Gomel Region Directorate of the State Forensic Examination Committeen — working at the excavation site — note that, judging by the nature of the injuries, people were killed with shots to the head. Moreover, the victims were on their knees.
There is not a single region on the territory of our country where during the Great Patriotic War the total destruction of the population would not have been carried out. Andrei Shved noted,

“Almost every week, new, previously unknown places of mass extermination of people are revealed. Painstaking work is being carried out while an objective and impartial evidence base is being formed. We are also completing work with witnesses who witnessed the genocide. More than 12,000 people were questioned in Belarus alone. On instructions from the investigative group, the same actions will be carried out in the Russian Federation, Kazakhstan and Armenia, where people from the BSSR live.”

Moreover, according to the Prosecutor General, the possibility of creating an international investigation group is being worked out with colleagues from the Russian law enforcement agencies. 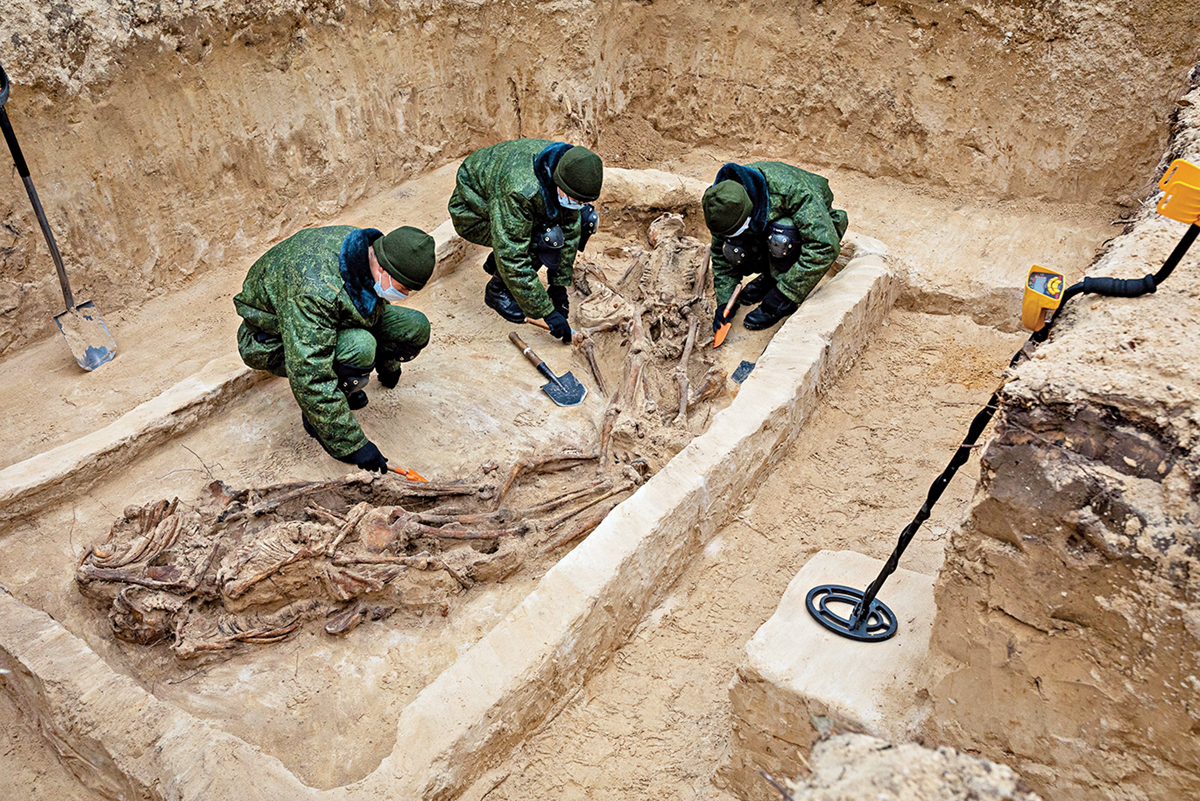 The scale of the tragedy that occurred on Belarusian soil was also confirmed by the Aide to the Defence Minister for Ideological Work in the Armed Forces — Head of the Main Department for Ideology, Leonid Kasinsky, “More than seven thousand burials have been registered on the territory of the country. This is twice as much as was indicated according to the data of the Soviet archives. For this reason, the numbers in the search group has been increased. One more search team was additionally recruited. It was also decided to extend the search period for these sites. The works will be carried out as long as weather conditions permit.”