Father Frost is the chief winter wizard. However, this wonderful person was not always the good-natured New Year’s character we know him as — many centuries ago people didn’t wait eagerly for his appearance but were afraid of him. Why? Find out below. 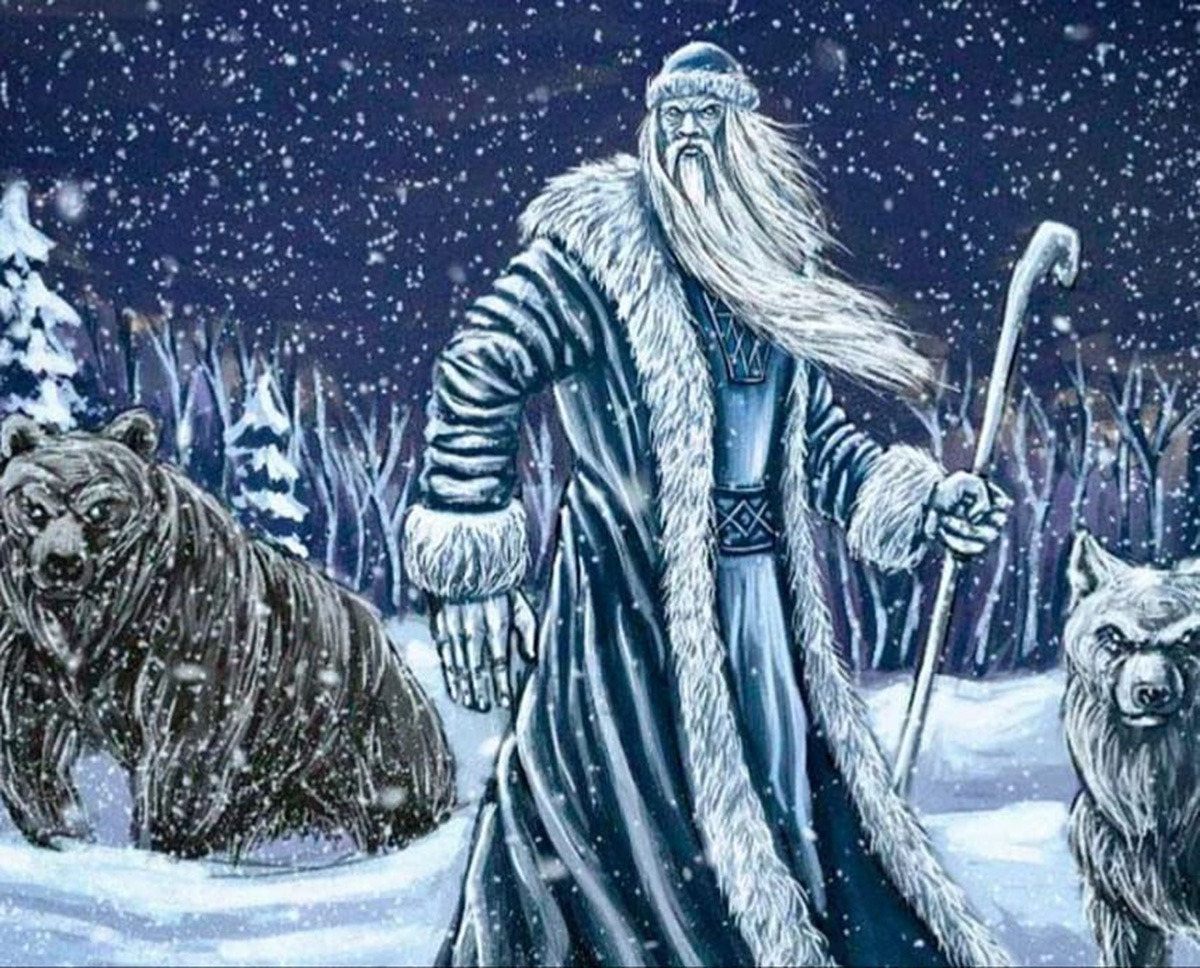 Moroz (Frost) himself was a deity of the ancient Slavs, responsible for the appearance in winter of a crackling, chilling cold to the bone. His other names were Studenets, Treskun and Morozko. Like any other pagan god, he also had a real family tree. His father was Veles, and his mother was Mara — the goddess of death. Severe cold was considered his breath, icicles — his tears, frost — his frozen words. Snow clouds, according to the Slavs, are the hair of the deity of cold.

2. Tell us Snow Maiden, where is your mother? 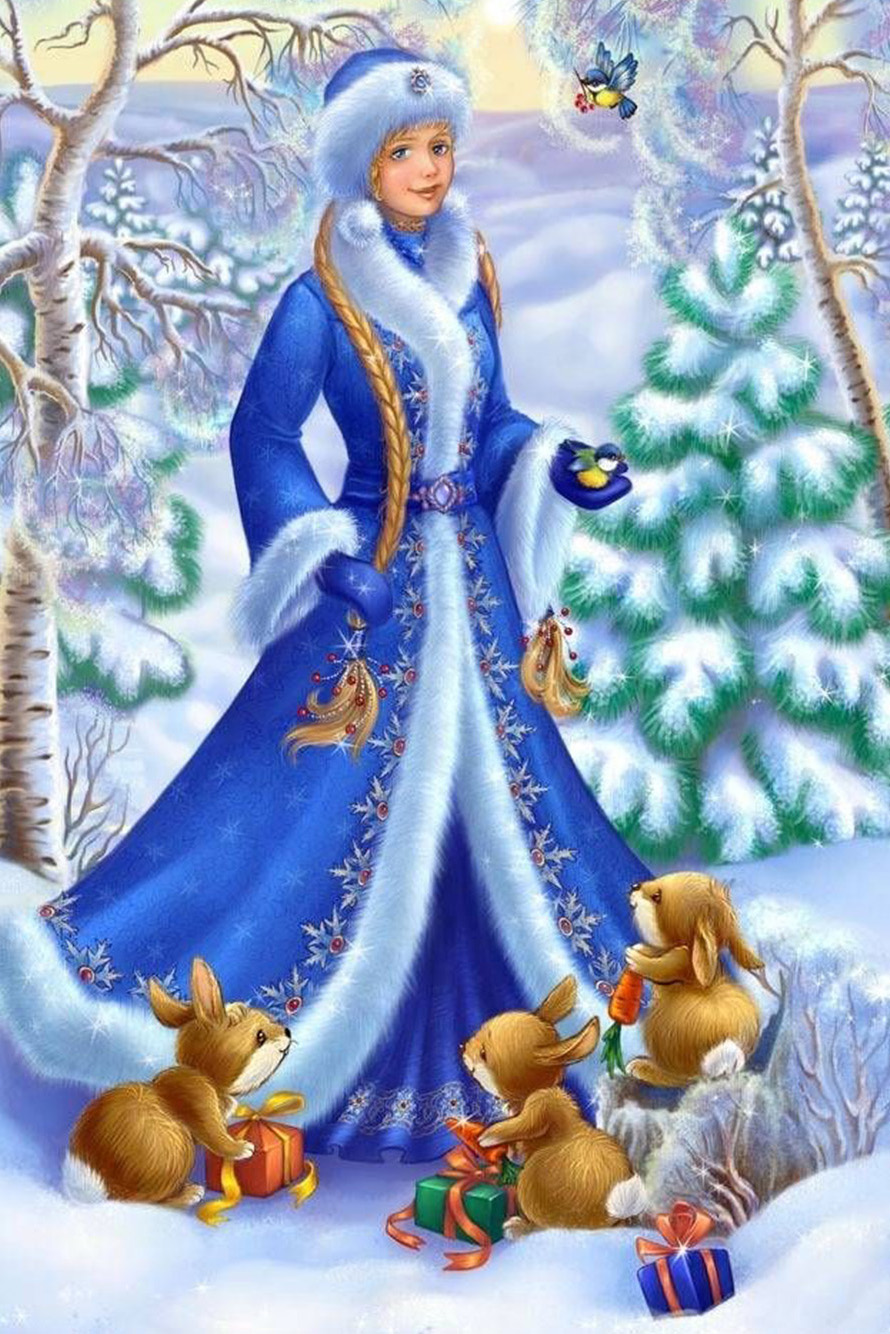 It is known that Father Frost lives with his granddaughter Snow Maiden, which is why many often wondered who the girl’s parents were. The answer is simple. Father Frost has a wife: Matushka Zima (Mother Winter). The couple had three daughters: Stuzha (Bitter Cold), Vyuga (Snowstorm) and Metelitsa (Blizzard). Metelitsa met the son of the Snow Queen — Buran, the young people fell in love and got married. The couple had a wonderful daughter: Snow Maiden. The girl grew up beautiful, quiet, intelligent and was very friendly with her grandfather, who took her to New Year’s children’s parties. Over time, the children enjoyed her greatly as well as Father Frost. And so it happened that Father Frost comes to the New Year with his granddaughter. 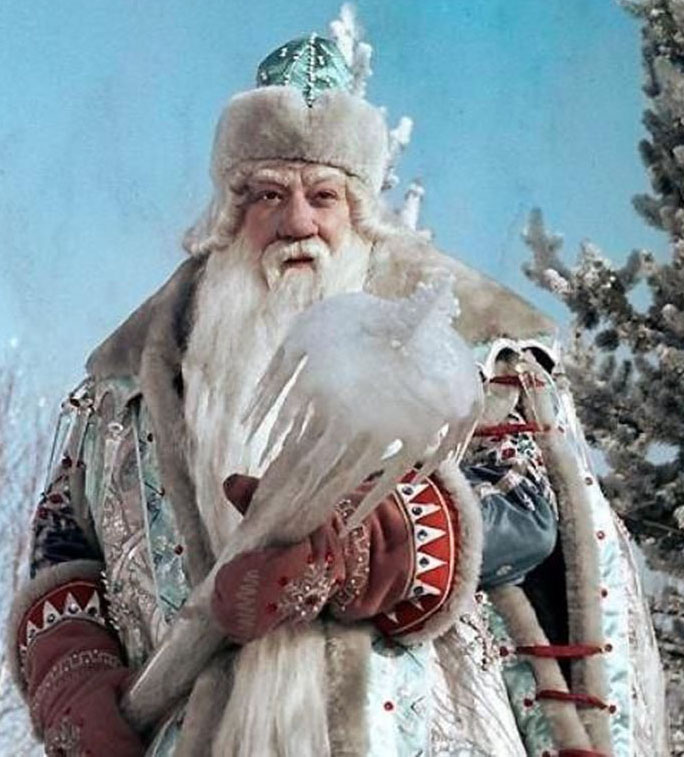 The tradition of celebrating the New Year, as you know, appeared much later: our ancestors had no time for that. At a time when Frost was considered a cruel and evil god who lived in the North, no one thought to give gifts to children or decorate a Christmas tree. Frost collected sacrifices, stealing children and carrying them away in a sack, mercilessly freezing travellers who got lost in the winter thicket. However, over time, as it happens, everything has changed, and under the influence of Orthodox traditions, Father Frost has grown kinder and has already begun to give presents to children himself. 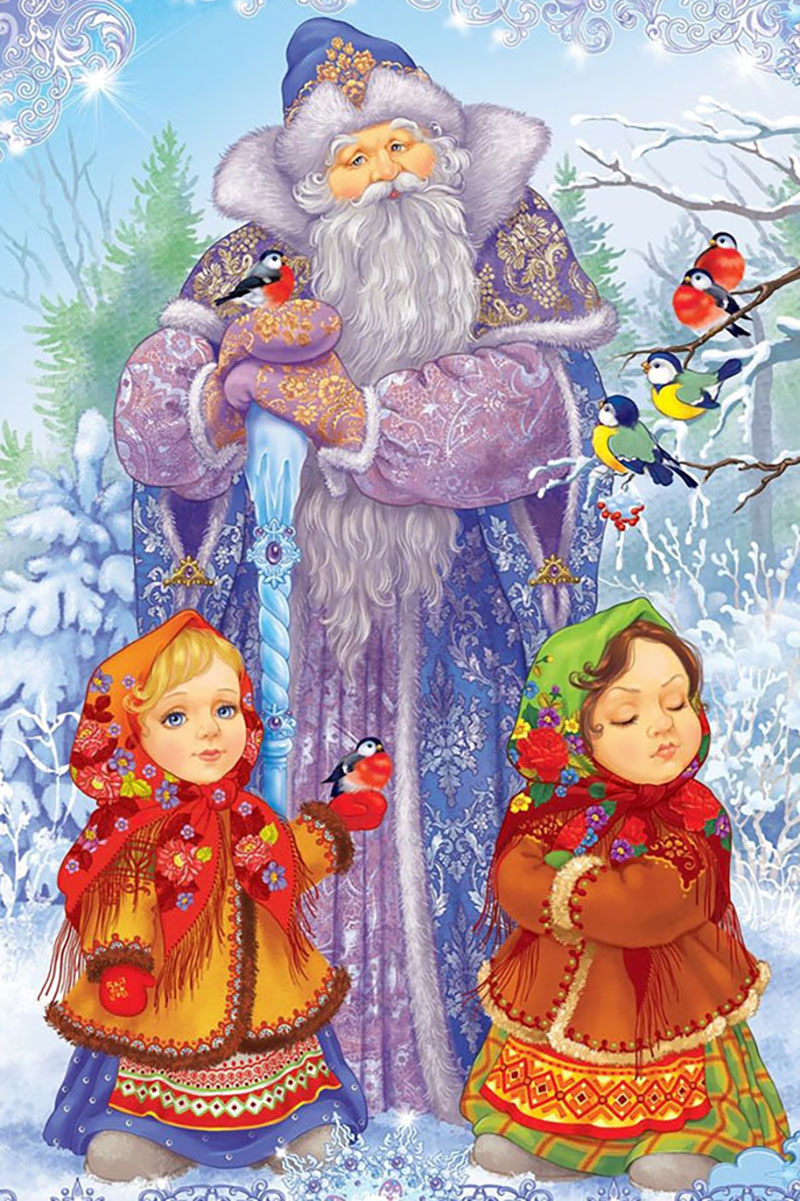 4. Tell us his patronymic

Did you know that Father Frost has a patronymic? The first time the wizard is mentioned is in 1840 in the book Children’s Tales of Grandfather Irenaeus, in the publications of Vladimir Odoevsky. In this collection the name and patronymic of Father Frost became known: Moroz Ivanovich. 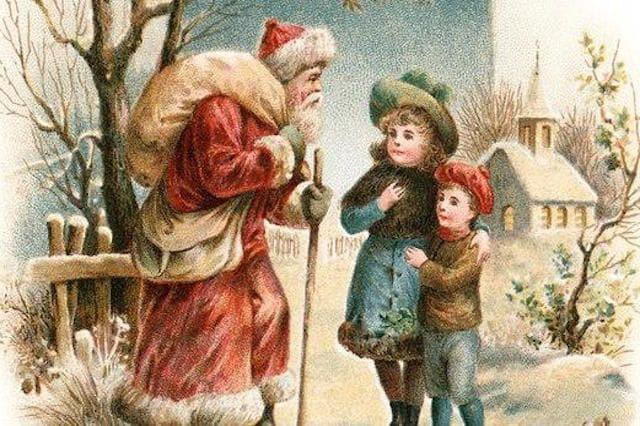 The tradition of Father Frost coming to the house with gifts arose with the beginning of the New Year celebrations in the Russian Empire. In 1700, Peter I issued a decree on the mandatory celebration of this holiday. In those days, Father Frost brought gifts only to smart and obedient children and he beat mischievous people and hooligans with his stick. Over time, the image of Father Frost softened, the stick was replaced with a magic staff, which, of course, did not beat anyone. But for a long time there were beliefs that naughty children receive a piece of coal instead of gifts. 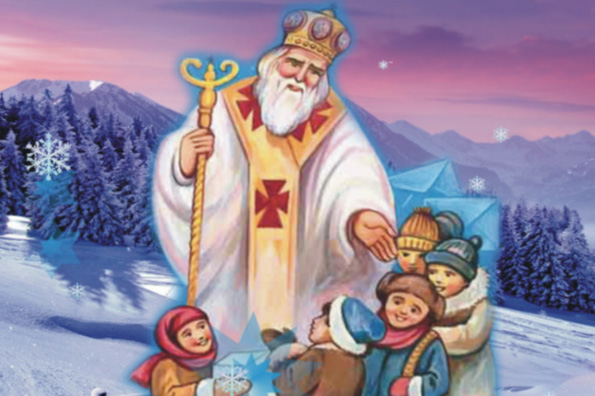 Father Frost became who he is due to the existence of a very concrete and living prototype. In the 4th century in Asia Minor, Saint Nicholas the Wonderworker lived and performed godly deeds (in the Catholic and Lutheran versions — Saint Nicholas or Klaus). Before the New Year, he gave out nice gifts to obedient children and helped the poor. Over time, the image also underwent modification and turned into a more modern Western European Santa Claus.

It is curious that Father Frost as an obligatory character of the New Year’s festivities appeared during the Soviet era. It happened in the late 1930s — it was then that the New Year became a truly national holiday. In December 1935, a member of the Presidium of the USSR Central Executive Committee, Pavel Postyshev, published an article in the Pravda newspaper where he proposed organising a New Year celebration for children. 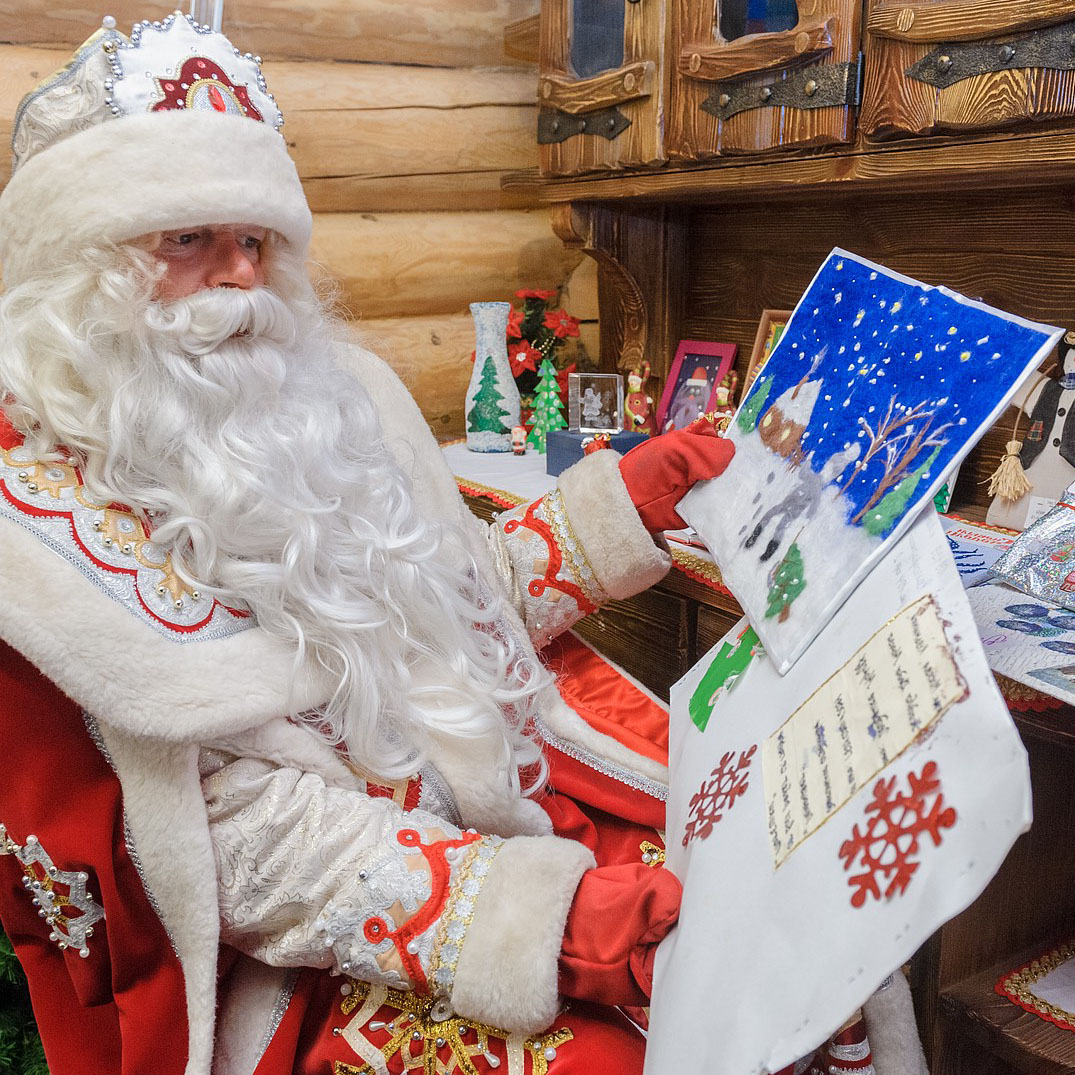 According to rough estimates, the age of Father Frost is more than two thousand years. During this time, the fairy tale wizard gave more than a million gifts, listened to a huge number of poems and received a huge number of letters. Such work requires a well-deserved reward, so the Pension Fund of Russia awarded Father Frost the title of a fabulous labour veteran. 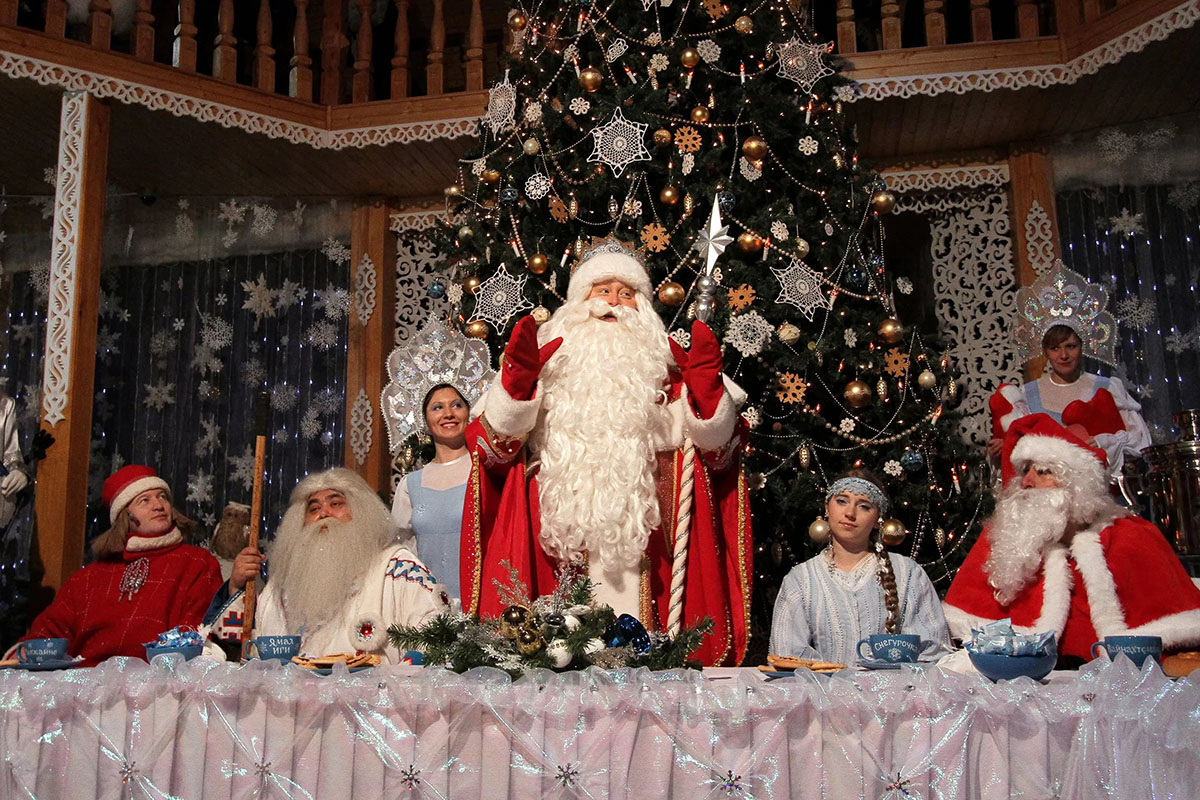 The birthday of the Russian Father Frost was not chosen by chance: according to long-term meteorological observations, on November 18th, a stable snow cover falls on most of Russia. Of course, the great Slavic gods do not and cannot have ‘birthdays’, and you rarely see snow on such a day. But the tradition has taken root, and the main New Year’s wizard is congratulated in mid-November.

Unlike the Snow Queen, traditional in Northern Europe, Father Frost multiplies his magical power, not freezing people’s hearts, but on the contrary, warming them with his love. In fairy tales, he always gives the opportunity to correct mistakes to other characters, while the Queen never helps the characters of fairy tales in anything. Equally powerful in freezing all life on earth, they differ completely in the temperature and kindness of their hearts. The heart of the Snow Queen is a piece of ice, while that of Father Frost brings us such kind warmth from his ancient Slavic soul that it can only be compared with the warmth of the sun.