The President of Belarus visited the Miory Rolling Mill for the production of metal sheets and tinplate. Full-fledged production should have been launched here by 2020. However, the waste of funds and default by the former owner of the plant sent the ambitious project to the ‘downtime’. Nearly 700 workers were threatened with layoffs. The President intervened personally, and it was at his suggestion that the further fate of the plant was decided in due time in favour of the employees of the enterprise. Now Aleksandr Lukashenko has come to control the progress of fulfilment of instructions, support the team and announce important decisions. 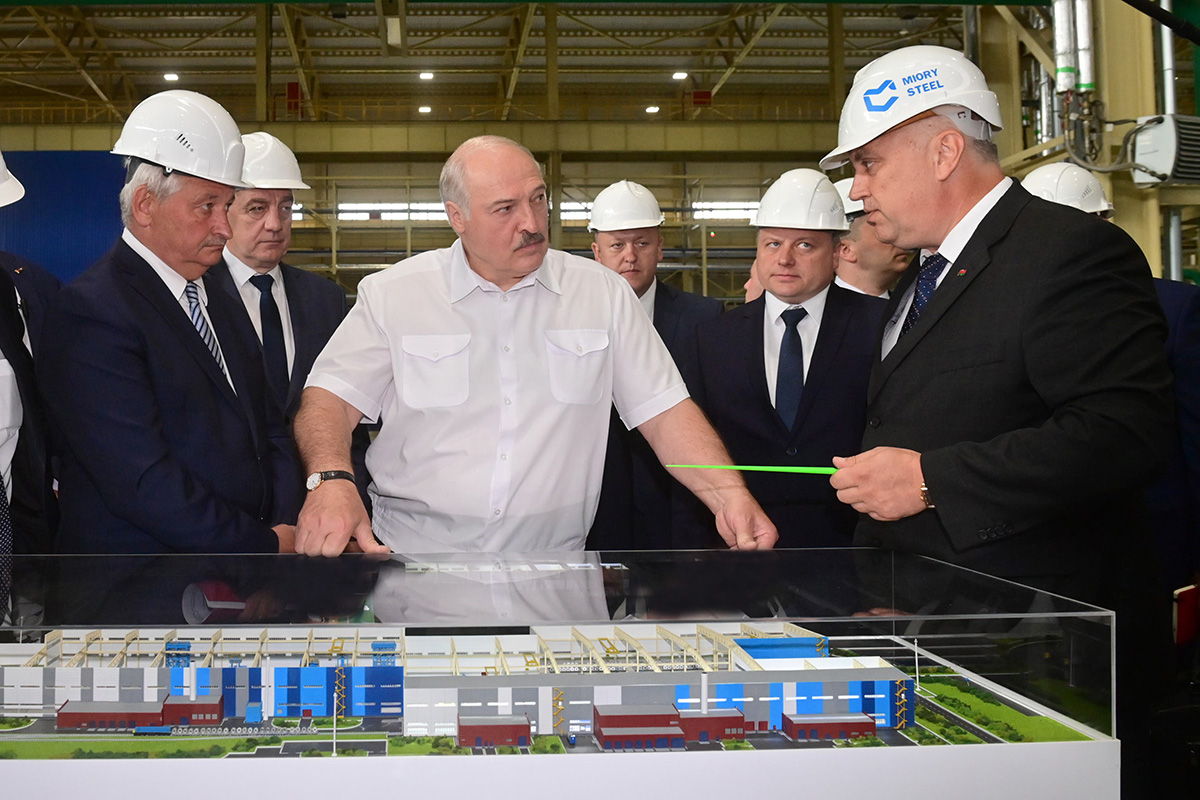 The Head of State got acquainted with the exhibition of the plant’s products, inquired about the volume of production and the availability of raw materials. The President was informed that the plant’s capacity is designed to produce up to 150,000 tons of tinplate per year. These products are in demand both in the domestic and foreign markets. As Deputy Prime Minister Yuri Nazarov explained, the advantage of the plant is that it produces the thinnest tinplate in the post-Soviet space. It is used for packaging in food, perfume, petrochemical products.
“We have seen that all this is extremely necessary. This is import substitution,” said Aleksandr Lukashenko. “The ideal enterprise was turned into a bankrupt. This is a super enterprise. Here you just need to roll up your sleeves and produce products.”
As the Head of State was informed, according to the initial plans, the enterprise should have reached its design capacity a long time ago. But they failed, said Deputy Prime Minister Yuri Nazarov. Now the Government expects that the plant will work at full capacity in 2024.
Aleksandr Lukashenko recalled that when the decision was made to build a new plant in Miory with the involvement of a private investor, the state supported this project. But the owners did not fulfil their promise, breaking the deadlines for commissioning and starting to fire people. Moreover, they turned out to be dishonest. As a result, the state intervened in the situation and the plant finally got out of the downtime and started working. “No bankruptcy. From today you work as a Belarusian state enterprise. Due to the fact that private traders did not fulfil their obligations, the plant was withdrawn,” said the President. Aleksandr Lukashenko noted that the state assumes all the debts accumulated by the enterprise.
According to the President, the former owners of the plant stole a lot of money from the enterprise at the construction stage. Earlier it was reported that the investor invested about 400 million euros in the enterprise. For this, banks issued unprecedented loans.
“This plant cannot cost so much. This is what we see in the first approximation. Where’s the money? This is the main question for those who are in the pre-trial detention centre today,” noted the President.
Aleksandr Lukashenko stressed that all those involved in the criminal case must compensate for the damage caused to the state and people.