A painting by Mexican artist Frida Kahlo has sold at Sotheby’s auction house in New York for a record $34.9m 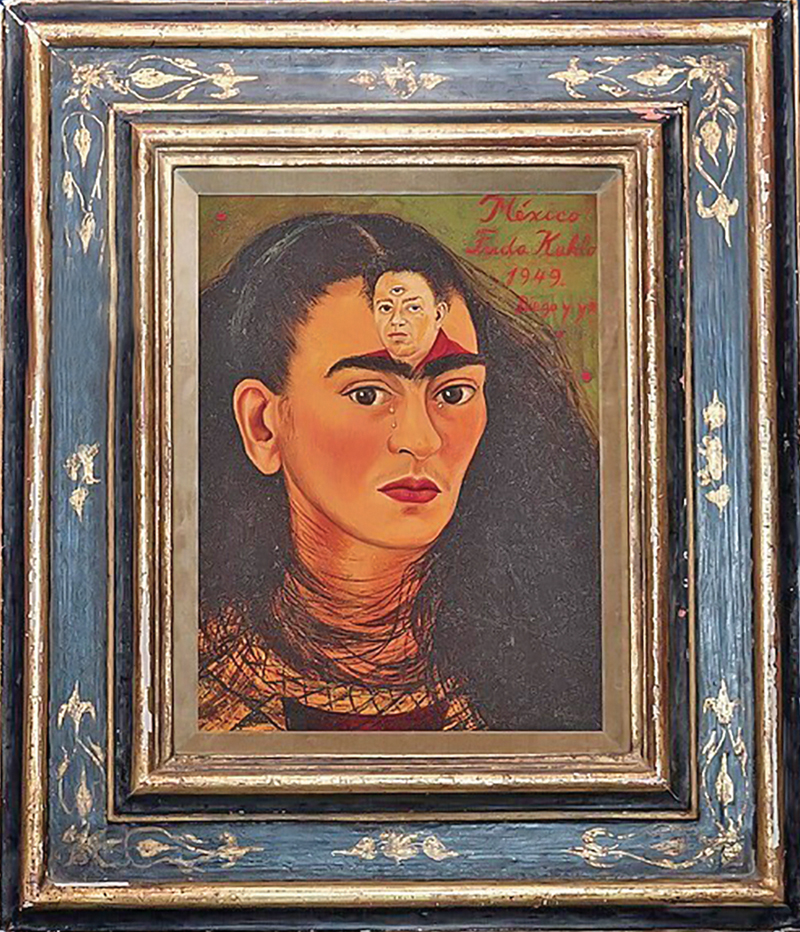 It is the highest price paid at auction for a Latin American artwork. The record had previously been set by a work by Diego Rivera, with whom Kahlo had a decades-long tumultuous relationship. His piece sold for $9.76m in 2018.
Kahlo’s painting Diego y Yo (Diego and Me, 1949) was one of her final self-portraits. The picture is emblematic of Kahlo’s self-portraits, known for their intense and enigmatic gaze that made her famous. Rivera’s face is shown above her distinctive eyebrows and dark eyes, from which a few teardrops fall.
“This is one of the most important works by Kahlo ever to come to auction and we’re thrilled that it should be at Sotheby’s,” Oliver Barker, Sotheby’s auctioneer and senior director, said as he opened the bidding.
Kahlo, widely regarded as one of the greatest painters of the 20th century, was famed for her intimate self-portraits reflecting pain and isolation. Kahlo, who spent long periods bed-ridden after a traffic accident in her youth, created some 200 paintings, sketches and drawings — mainly self-portraits — in which she transformed her misfortune into works of bold colour and emblematic strength.
She lived from 1907 to 1954 and proudly promoted indigenous Mexican culture through her art.
Diego y Yo last sold at Sotheby’s for $1.4m in 1990.