The fight for medals, memories of the past and more — the fourth stage of the Commonwealth Biathlon Cup ended in Raubichi

The Commonwealth Biathlon Cup in Raubichi is a true holiday. Perhaps any of the viewers will agree with this statement. There was something to see. For example, how athletes who had long ago put an end to their careers fought for places on the podium in the Champions Race, held in the format of a single mixed relay. When Sergey Novikov, Oleg Ryzhenkov, Olena Zubrilova, Olga Nazarova, Viktor Maigourov and other participants of the show race signed autographs, the audience shared with them memories of how they were rooting for them in 1994 and not only... But the main heroes of the weekend were still biathletes of a completely different generation — those who are right now fighting for awards in the Commonwealth Biathlon Cup races and the overall standings of the tournament. 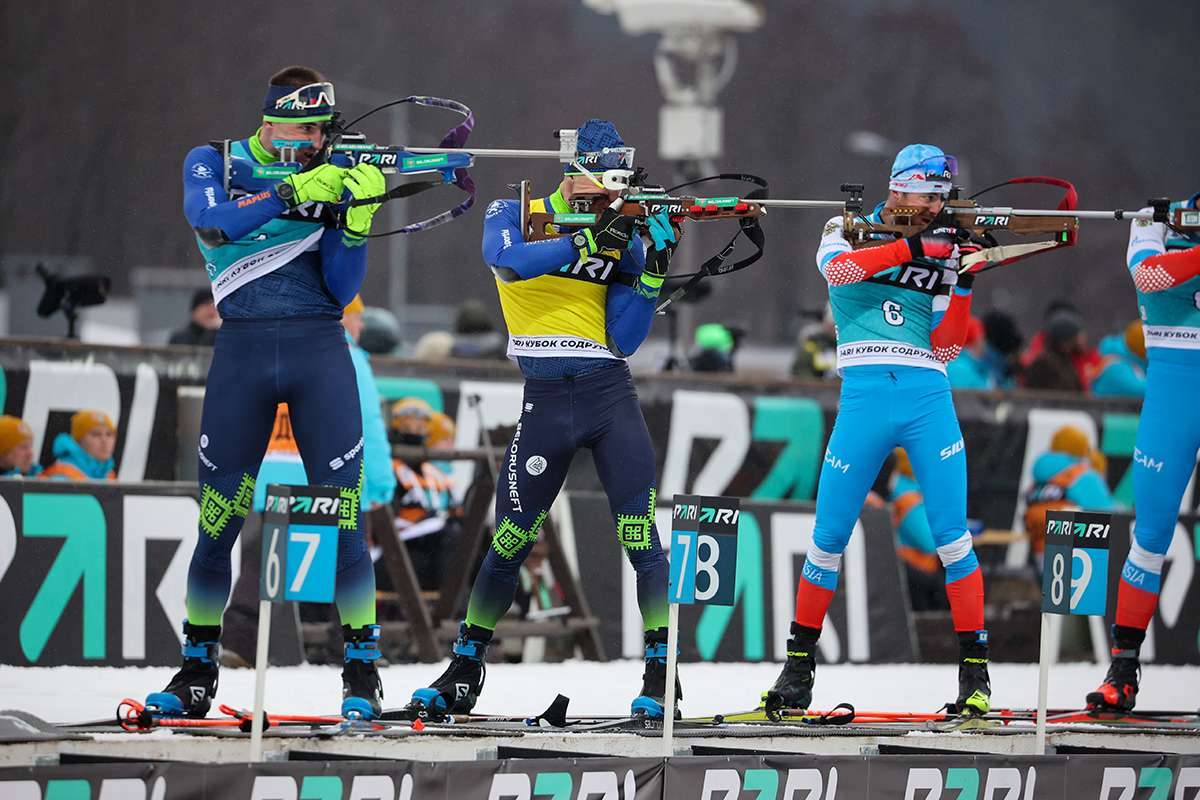 
A medal saved is a medal earned 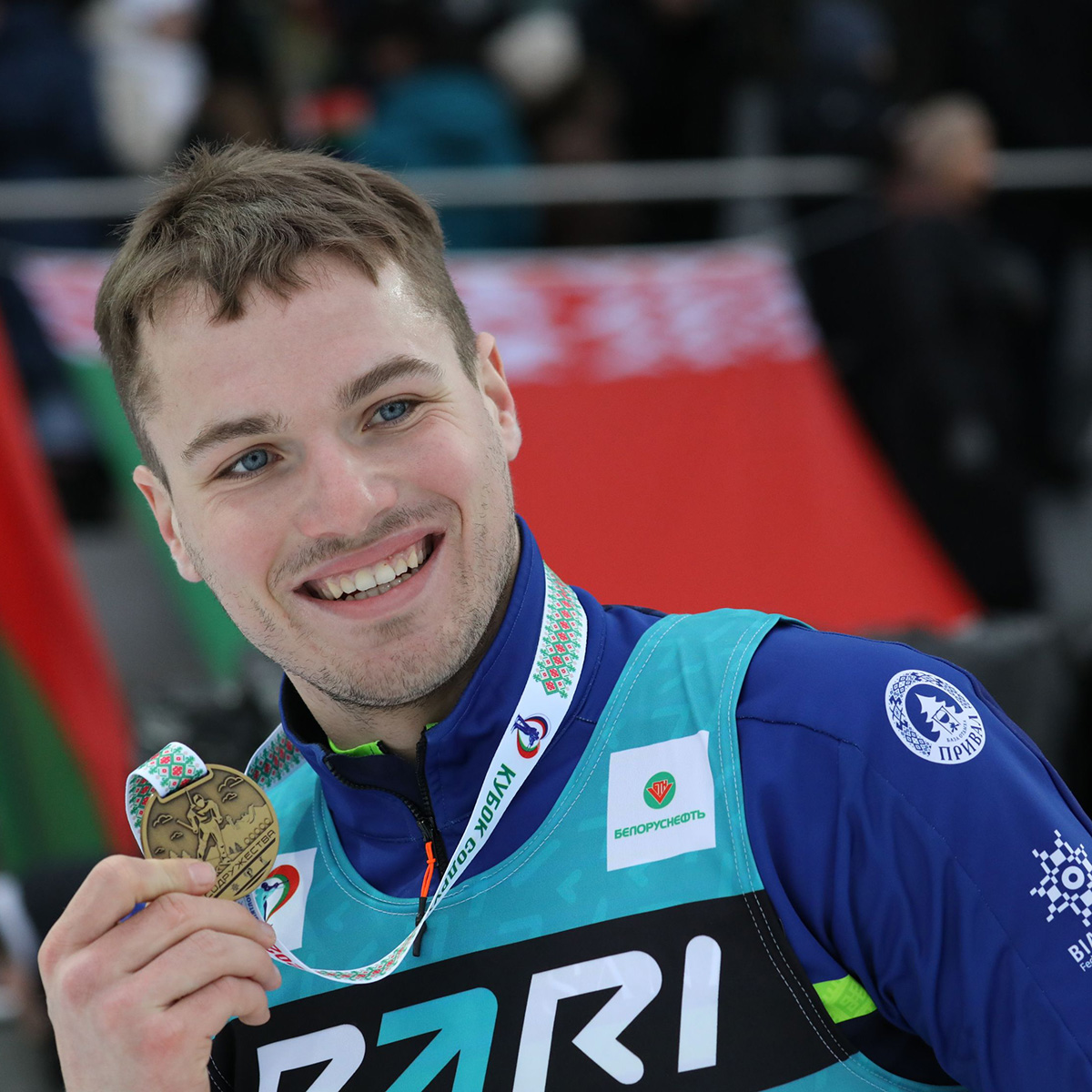 Dzmitry Lazouski
Photo by Aleksey Vyazmitinov
The home stage of the tournament brought five awards to our team. Four of them were won by men, and Dzmitry Lazouski became the main ‘shockworker’ in the fourth segment of the Commonwealth Biathlon Cup. At the first stages, he repeatedly got into the flower ceremony, but it was not possible to get to the podium. At the end of last week, they managed to do it, for three times, however: Lazouski won the sprint and took second place in the pursuit and mass start.
The men’s mass start, which completed the programme of the stage, became its real decoration. The intrigue kept to the last metres of the distance. There were four contenders for the medal: Dzmitry Lazouski, Mikita Labastau, Russian Vasily Tomshin, who perfectly coped with shooting at all four shooting ranges, and our team captain Anton Smolski, who made two misses in the first prone, but was not used to giving up. On the final lap in this four, the leader changed more than once, but in the end, Tomshin was the first to cross the final line. Lazouski and Labastau were behind him. The gap between the winner and the bronze medallist was only 2.2 seconds! Anton Smolsky finished fourth. Alas, this stage did not become a medal one for him: he was sixth in the sprint, seventh in the pursuit race. However, Smolski is the first overall of the Commonwealth Biathlon Cup. And in the women’s top, the wife of the biathlete Dzinara Alimbekava-Smolskaya is in the lead, who won the only medal for our women’s team at home — bronze in the pursuit.

Senior coach Oleg Ryzhenkov believes, “The women’s team today can be divided into two parts. The first is older athletes. The second is young biathletes who have a hard time here. First, the circle itself is heavy. For example, in Ryazan, where we competed before the New Year, the track is flatter, and this somewhat equalised the chances, gave weaker athletes the opportunity to approve oneself. Here the girls have a hard time, but they try.” 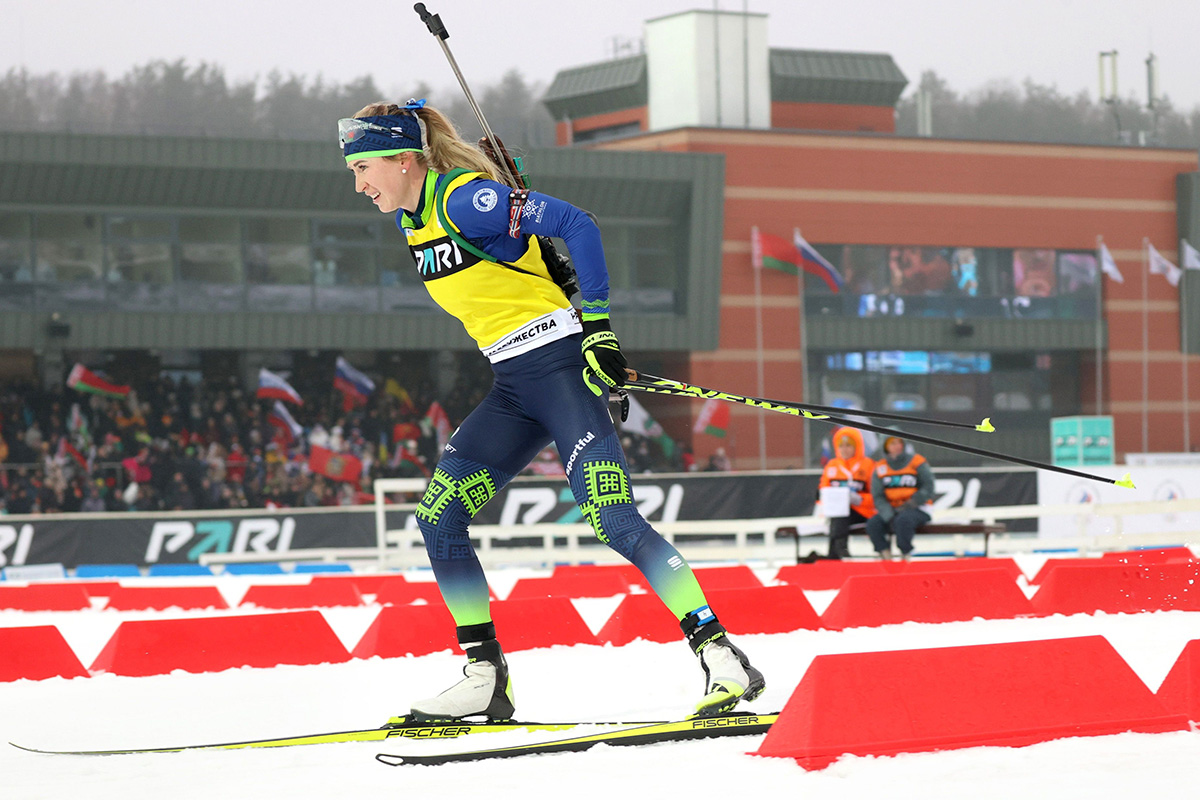 For young athletes, these competitions are a chance to show quality, and for coaches — to see their reserve in action. The coaches of our national team have said this more than once, and their Russian colleagues share the same opinion. Vice-President of the Russian Biathlon Union for sports Pavel Rostovtsev, for example, says, “The Commonwealth Biathlon Cup is very important because athletes should not lose competitive practice. No control training will replace the competition. The fact that today we do not compete at international competitions is not good, but any medal has two sides. For us, this is an opportunity to look at the nearest reserve, and not at one competition, but throughout the season.”
Athletes, in turn, are happy with this opportunity.


Returned to the past

And as for the Champions Race, it was won by Sergey Novikov and Ekaterina Shumilova. Following the silver medallist of the Olympic Games in Vancouver, Pyotr Ivashka, who was on the same team with Ekaterina Yurlova-Percht, and Oleg Ryzhenkov, whose partner was Olga Podchufarova, crossed the finish line. However, they did it together: Pyotr Ivashka waited for a colleague a few metres before the finish line. But the main thing, as the participants of the unusual start said, was not at all places in the final protocol. 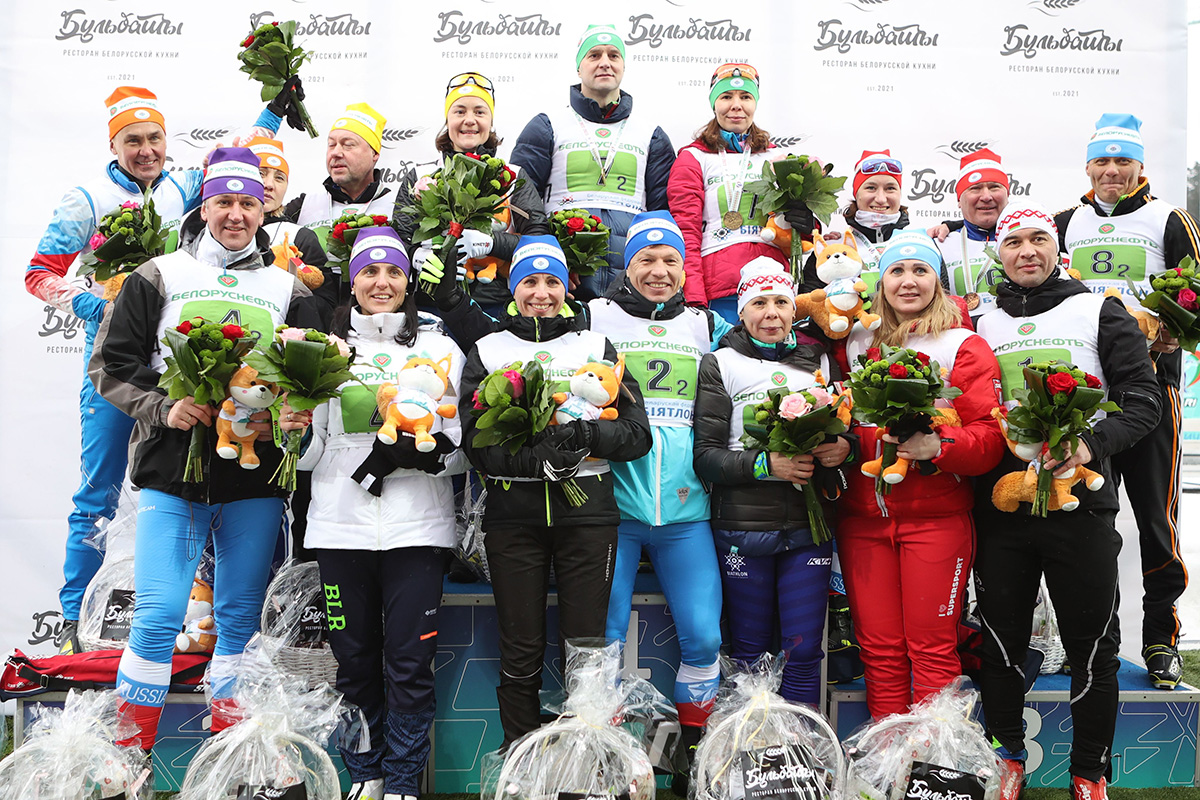 The Champions Race was held as part of the Commonwealth Biathlon Cup. It was attended by 16 Belarusian and Russian biathlon stars  who have already completed their active careers.
PHOTO BY DARYA TITOVA

“Of course, it is interesting to participate in such a race. To remember a little youth, fill yourself with emotions…” Oleg Ryzhenkov said.
“Good event. This is not a competition, but rather an opportunity to communicate with people with whom I have performed before, to see how they are,” Sergey Novikov noted.
“You always want to win in a competitive fight, but we did not compete for medals — we wanted to convey a good mood to the fans. I think we did it well!” Pyotr Ivashka emphasised.
The fourth stage of the Commonwealth Biathlon Cup has ended, but biathlon in Raubichi continues again: today the fifth stage of the tournament starts in the sports complex near Minsk, during which biathletes will compete in sprints, pursuit races and mass starts.