Crimes on the border were committed following a direct instruction or with the consent of Poland’s political leadership – as stated by Belarus’ Prosecutor General, Andrei Shved 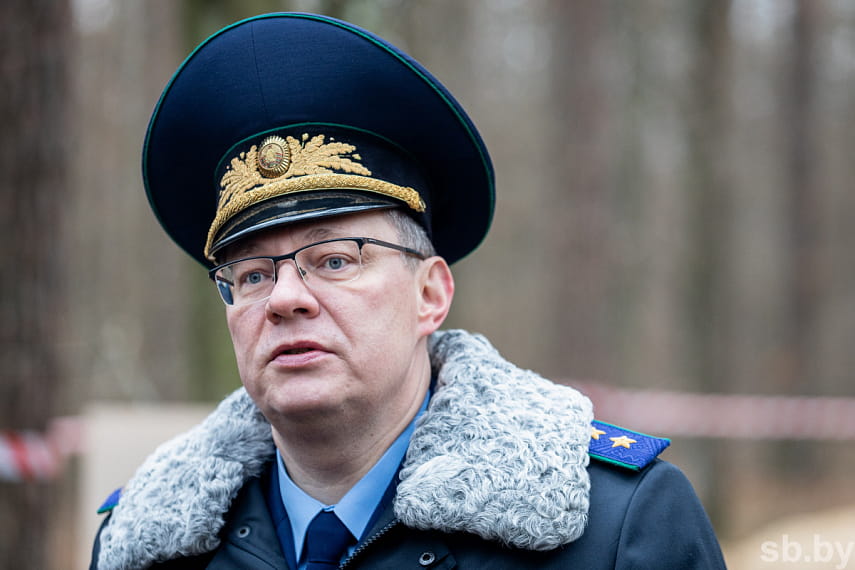 “Each fact of criminal acts by Polish officials, including on the territory of Belarus, is recorded and documented – objectively and impartially,” Mr. Shved informed, reminding that, during the investigation, a criminal case was opened on crimes against peace committed by Polish security forces and other representatives of this country’s authorities.

Active measures are now being taken and implemented to identify each person who committed specific criminal acts against defenceless people.

“Polish security forces and other officials are now hiding behind the barbed wire, metal barriers, tanks, armoured cars, and 15,000 heavily armed military. I’d emphasise that all the above and other criminal actions – that are currently being documented by Belarus’ law enforcement agencies – were committed following a direct instruction or with the consent of Poland’s political leadership: its President Andrzej Duda, Prime Minister Mateusz Morawiecki, Minister of National Defence Mariusz Blaszczak, and other senior officials. Let me remind you that crimes against humanity have no statute of limitations under international law. Guilty persons are subject to criminal liability,” Mr. Shved stressed.