The historical perspective of the conflict in the Balkans

And once again it blazed near us... The further, the clearer it becomes that they will not leave us alone. They are trying to set fire to the region, and they do it with such frequency and enthusiasm that everyone has somehow become used to it. This time it blazed in Serbia, and no, nothing is over yet. The conflict was postponed for a month, while the parties will brace up. The coals will not stop smouldering, it will only be necessary to blow a little. Serbia has gone through a very difficult and blood-drenched way, and there is absolutely no doubt that escalation will still occur there. Let’s see how such a tinderbox has developed and why it sparkled right now ...

This whole story with modern Serbia started after the end of the First World War, which, by the way, began precisely in the Balkans. The victors divided Europe, and it just so happened that the Serbian kingdom, later called Yugoslavia, absorbed several neighbouring regions. And these regions were inhabited by completely different peoples, both by nationality and by religious beliefs.
Serbs, Croats, Slovenes, Montenegrins, Bosnians, Albanians, Macedonians became citizens of the new state. It must be understood that this association was far from voluntary.
During the Second World War, some peoples supported the Nazis, while others, on the contrary, fought furiously. After the end of the war, mutual misunderstanding did not go away. But the problem was solved, the concept was developed under Tito. Then, for some time, Yugoslavia held on thanks to the USSR, but already in the 1980s, the process of disintegration began: the regimes in Eastern Europe fell one by one. Just then, Slobodan Milosevic came to power in Yugoslavia, he caught the general trends quite correctly and for some period tried to keep the country from interethnic conflicts by creating some kind of common national idea. It did not help. 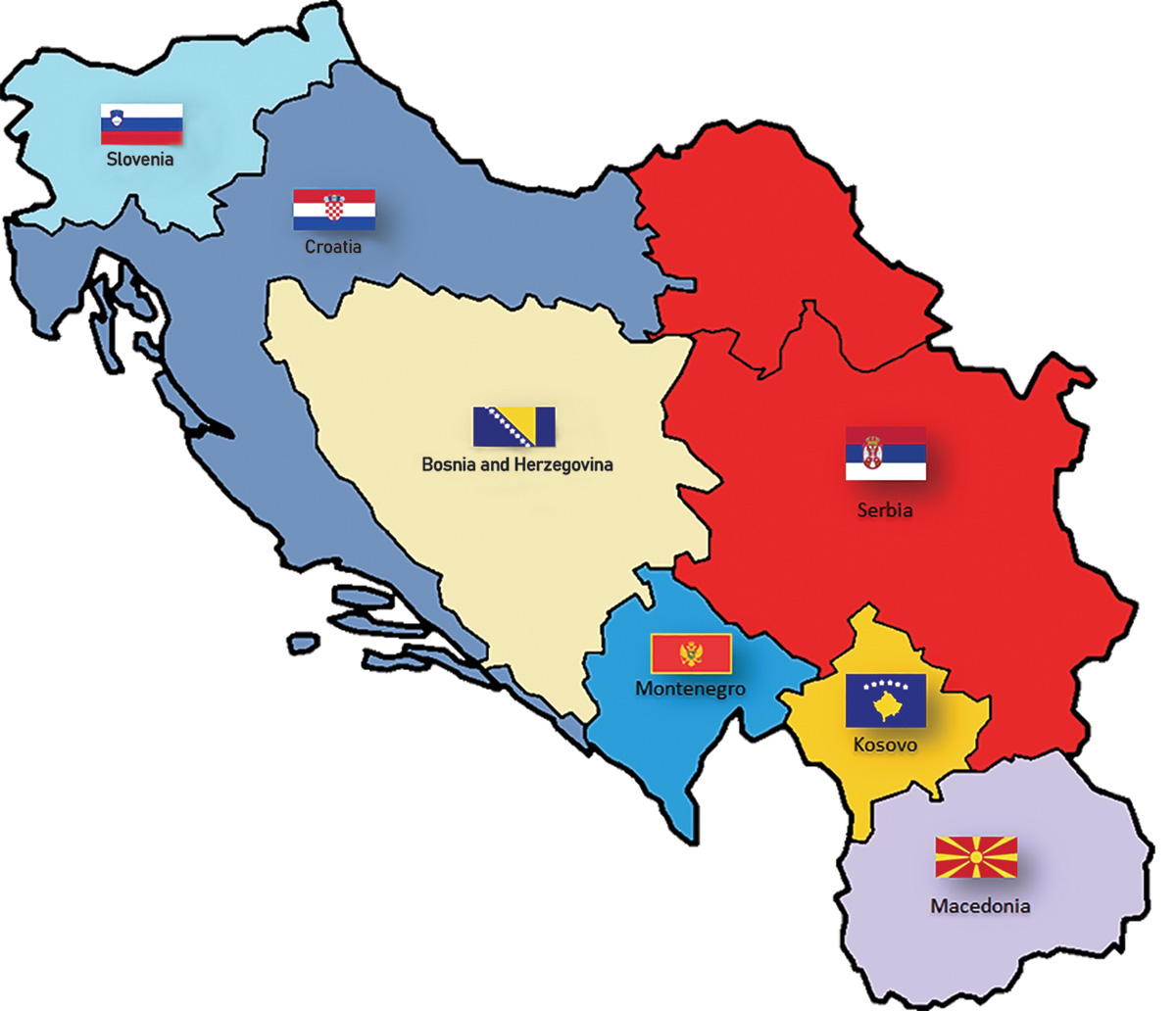 The peoples united by Yugoslavia, looking at their neighbours, decided that, since they are separate nations, it would be nice to do their own national rebirth, and ideally to do this in their own national state.
Referendums were held in Slovenia and Croatia, the countries seceded from Yugoslavia. However, the leadership of the latter did not like this development of events, they decided to suppress the walkout in protest with the help of the army ...
Only here in Yugoslavia, in addition to the army, there were still extremely well-organised and trained forces of ‘territorial defence’, and they were located, as it is easy to understand from the name, on their own territories. And as soon as the question of the use of armed forces against Slovenia arose, that very ‘territorial defence’ immediately took control of everything that had to do with the army on the territory of Slovenia. The military operation as such did not work, and the Republic of Slovenia became an independent state. And under cover, Macedonia also seceded ...
Like they say, one fool makes many. The Croats, having the results of the referendum in their possession, began to seize the military infrastructure, arguing that they are now independent here and will not tolerate foreign troops on their territory.

And if everything turned out relatively peacefully with Slovenia, then they didn’t want to let go of Croatia.
A completely full-fledged war began with tanks and aircraft. Serbian aviation bombed Croatia, and it was no less enthusiastic to fire from captured guns at those Serbs who wanted to secede from Croatia and called themselves the Serbian Krajina.
It all developed so quickly and cruelly that the UN quickly recognised Slovenia and Croatia as independent states, and in the spring of 1992, having decided to somehow help end the war, it sent in peacekeepers. The fighting evaporated. But for a very short time.
And almost immediately another war began. In Bosnia and Herzegovina. I guess you realised that they also held a referendum in 1992 and declared independence. Naturally, Serbia did not recognise the referendum, but the US and the EU suddenly jumped like a jack in the box and agreed that this was a new independent state. 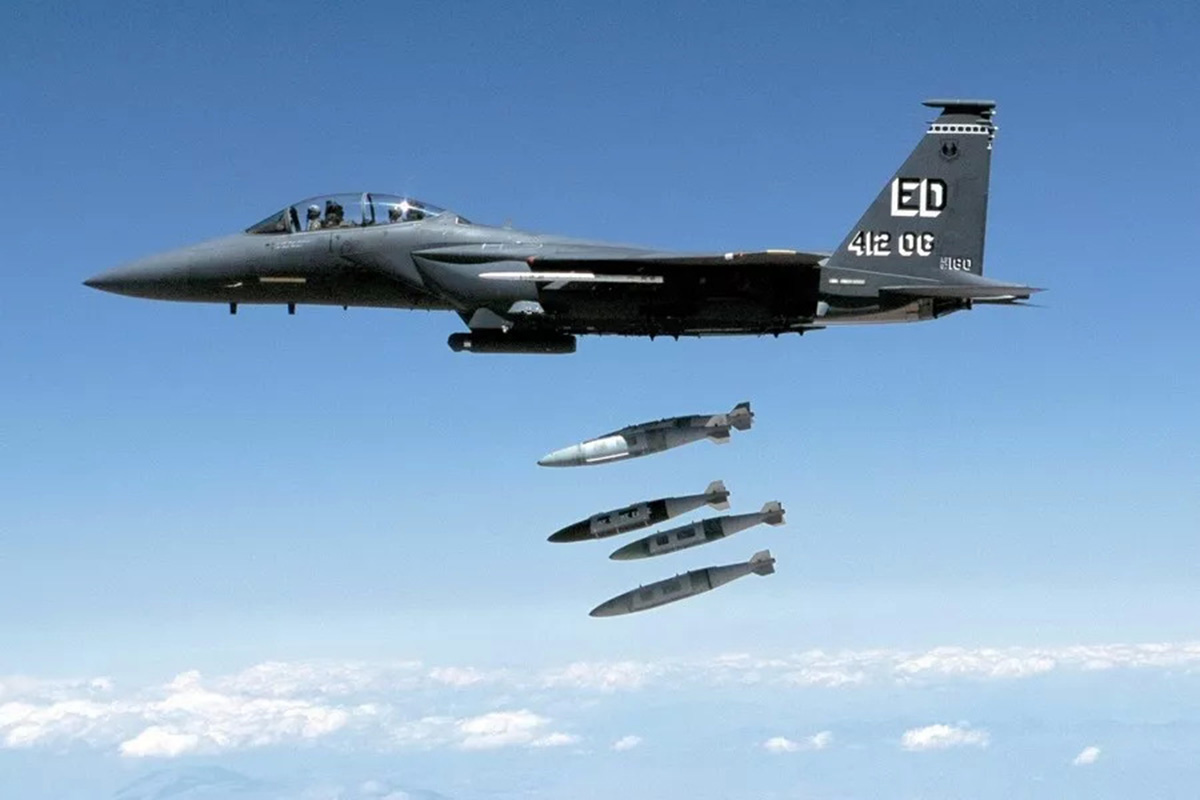 It all started traditionally with the seizure of military property of the already not quite integral Yugoslavia. And here everything happened much worse, because the conflict was not only ethnic, but also religious. It resulted in absolutely real concentration camps and everything related. They fought for mutual obliteration, they never been better motivated, and the results were appropriate. It all ended with the introduction on the political map of another state, recognised by the so-called civilized world.
And just three years after the truce with Croatia, it blazed with renewed vigour. The Croats started with ethnic cleansing and full-fledged genocide of the Serbian people, not even hiding that they were simply taking revenge for the events of three years ago.
Everything was so cruel and large-scale that the UN created a tribunal to investigate the war crimes of the Croats against the Serbs. The situation became so violent that in 1995 the US and Russia jointly called for an end to hostilities. It did not help. NATO began to bomb the Serb troops, and only this made it possible to stop the hostilities.

And just now we have come to the events in Kosovo, which have recently become the object of attention of the whole world. Everything written above was a prelude to the story about the introduction of the Kosovo Liberation Army.
Kosovo is a region in the south of the country, mostly Serbs and Albanians live there, traditionally not very fond of each other. In 1998, clashes began between them, which quickly turned into mass unrest. Moreover, the backbone of the Albans consisted of the members of criminal gangs, they already had weapons, and even went on the rampage of the police stations. The police, of course, shoot off and detained whoever they could.
The Albanians then amped up the stakes and formed the Kosovo Liberation Army. It blazed with renewed vigour, only now in Kosovo, and everyone who had not yet fought in the past years or simply did not like the Serbs concentrated there to catch up. 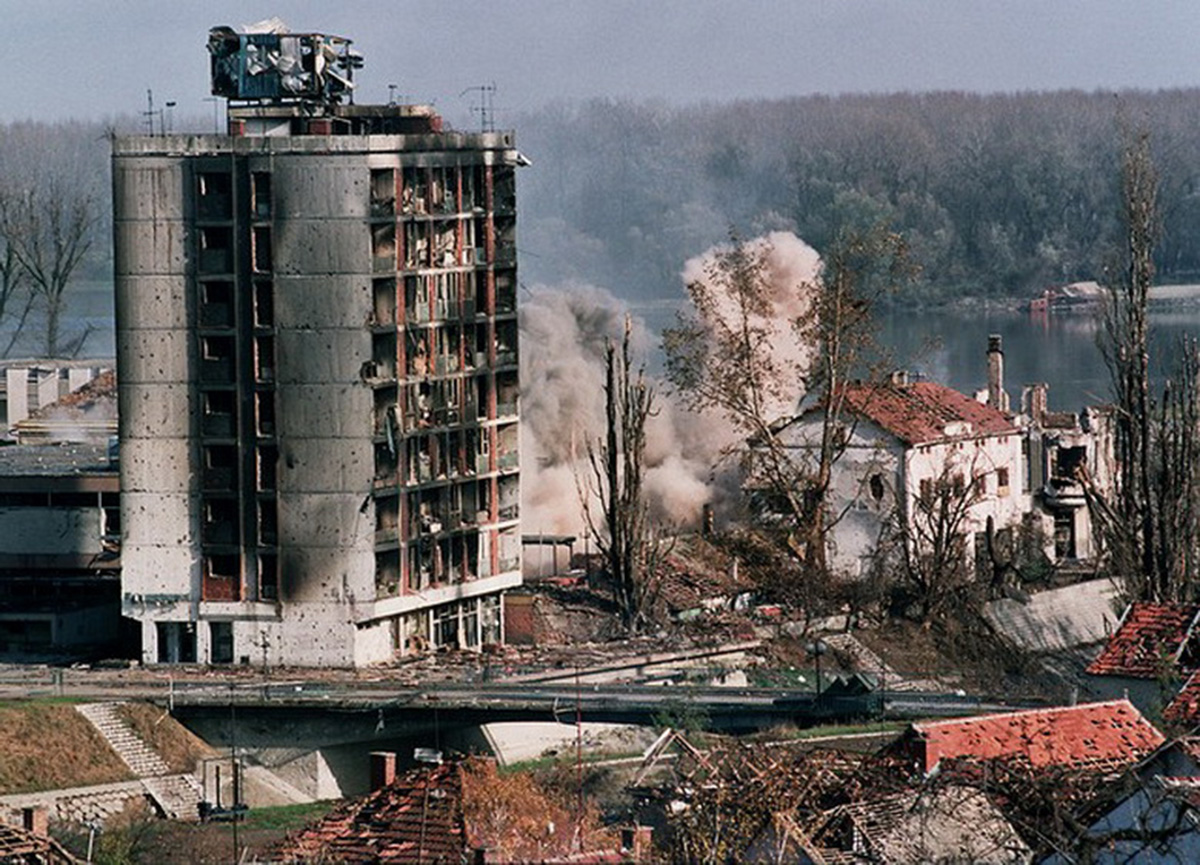 However, the Serbs, who gained experience and did not want to lose another part of the country, began to successfully suppress the Albanians together with their liberation army. NATO tried to act as an arbiter, a truce was signed, the alliance’s warplanes controlled the situation.
In 1999, the war expectedly resumed. Along with the war, negotiations are also resumed to end it. And here it is impossible not to remember that the only state leader who was not afraid to come to Serbia then, despite the lack of security guarantees, was Aleksandr Lukashenko. Then Slobodan Milosevic submitted an official request to join the union of Russian and Belarus, this gave a real chance to prevent future events, but Yeltsin scrapped the initiative. However, he was already ‘tired’ at that time and was about to ‘leave’ soon.
NATO offered Yugoslavia to withdraw troops from Kosovo, the proposal was very strange, since Kosovo is the territory of Yugoslavia. So after the refusal, they simply began to bomb Yugoslavia — with carpet bombing of cities and towns.
Naturally, Yugoslavia could not resist the NATO forces alone and was forced to withdraw troops from Kosovo, which declared independence. But this was such a flagrant violation of all international norms that not everyone recognised this independence, and some countries even revoked their recognition. By the way, Belarus considers Kosovo a part of Serbia. So Kosovo remained a partially recognised country. And the entire conflict described has not gone away but has been frozen.


The right to live

This story is a spectacular example of the deceit and hypocrisy of the West. Indeed, in fact, everyone unanimously recognised the territories that had seceded as a result of internal separatism as independent countries. The country was torn to pieces and legalised, and then they bombed the protesters.
However, as a result, an incident was created that humiliated the system of international security. Well, if some countries can just bomb others to achieve certain geopolitical goals, then others may not restrain themselves. In addition, the whole world was shown how exactly it is possible to create new states from fragments of the old ones, regardless of their consent.
And now, after so many years, a bucket of gasoline was poured onto the still smouldering coals. From August 1st, Kosovo was supposed to stop recognising Serbian motorcar plates. All cars were to be re-registered with Kosovo plates, and identity cards issued by the Serbian Ministry of Internal Affairs would henceforth be considered invalid. This would create enormous difficulties for the Serbs living in Kosovo. How much it blazed, we could observe a few days ago. We were saved from the start of a new war, which could well have spread to the entire region, only by the fact that the introduction of the new rules was postponed a month ahead.
September 1st is the start date of World War II. Sure thing, very symbolic. Perhaps common sense will prevail and the issue will somehow be settled in a month.