The President of Belarus took part in an extraordinary session of the CSTO Collective Security Council on the situation in Kazakhstan, which was held in the format of a videoconference 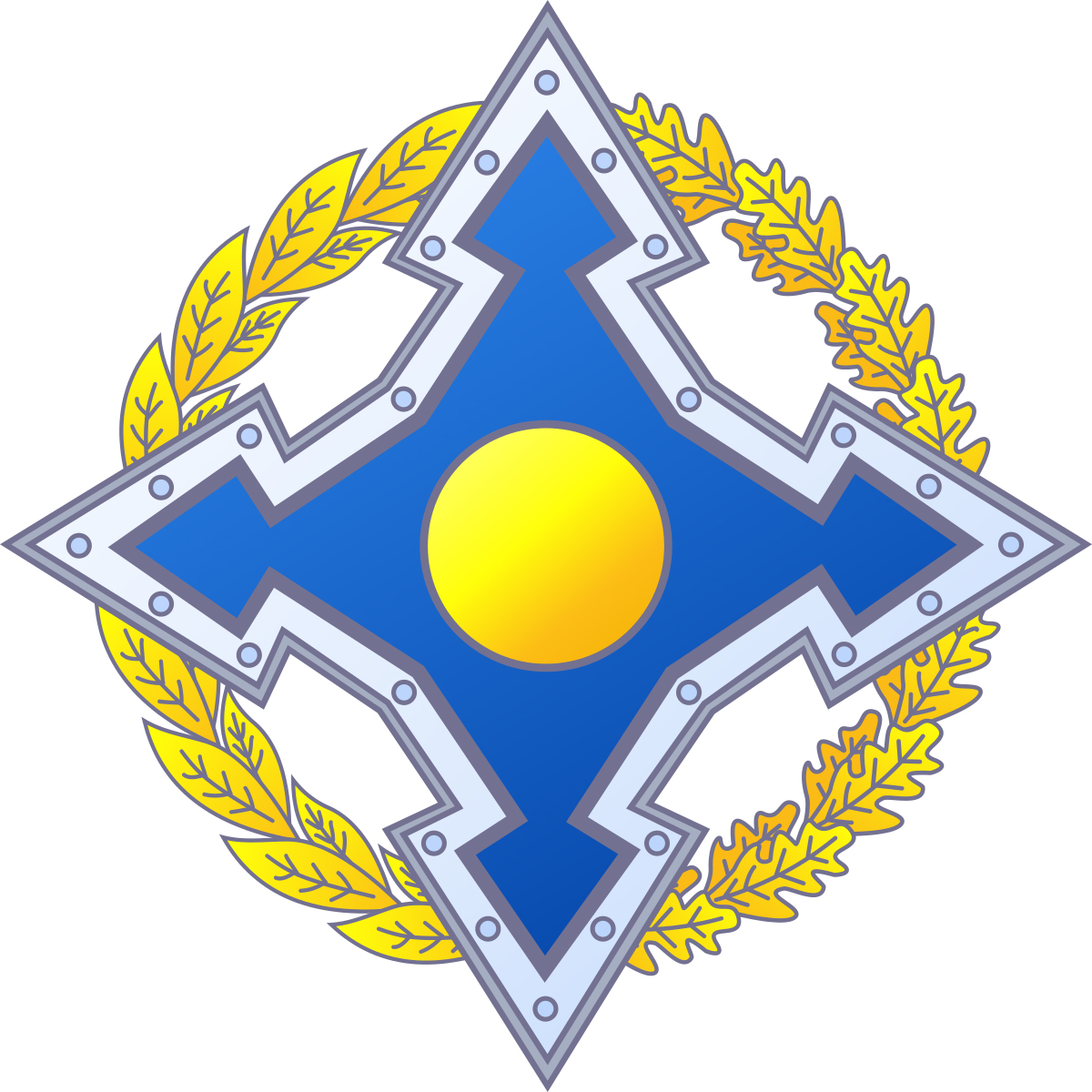 The central topic was the situation in the Republic of Kazakhstan and measures to normalise it. All the heads of the CSTO member states and the Secretary General of the organisation Stanislav Zas also took part in the Collective Security Council meeting.
The Kazakhstan leader Kassym-Jomart Tokayev said that his country had experienced a massive crisis, the worst in 30 years of independence, and thanked the leaders of the CSTO, including Aleksandr Lukashenko, for their political and military brotherhood.
The President of Belarus stressed,

“The analysis of events in Kazakhstan shows the presence of an external factor. Their scenario is recognisable. You don’t have to go far for analogies: Yugoslavia, Iraq, Libya, Syria, Ukraine, Afghanistan. Not so long ago Belarus experienced a similar combined onslaught.” 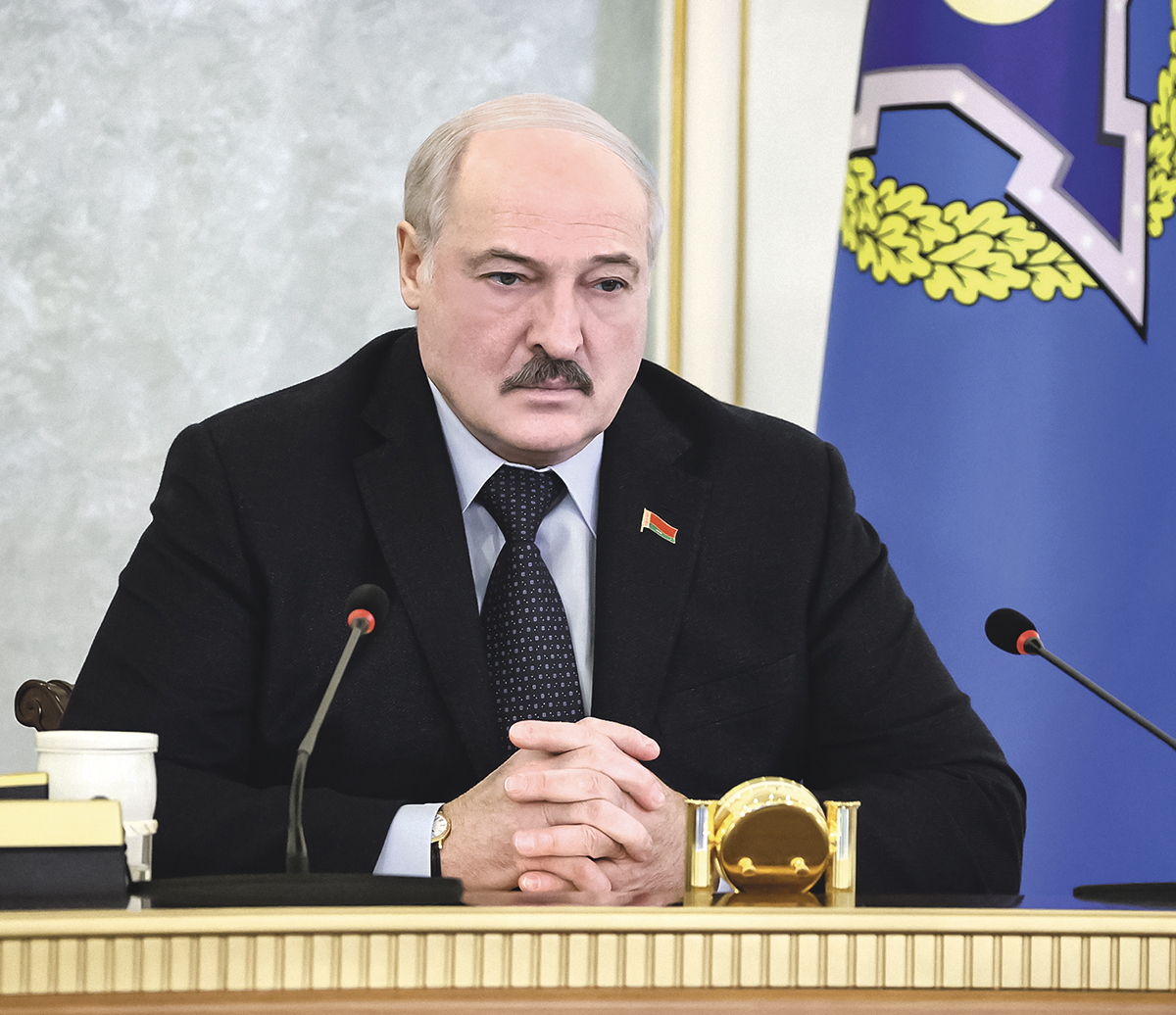 Aleksandr Lukashenko added that the events showed that many international terrorists had accumulated on the borders of Kazakhstan.
“In order to overcome these negative tendencies in our post-Soviet republics, in this case in Kazakhstan, it is impossible to solve this problem only within the framework of Kazakhstan, even if it is a gigantic country. As we see it, I am absolutely convinced of this, the closest peoples — Kazakhstan and Kyrgyzstan — should jointly try to solve the difficult problems that have been inherited and that have been created by us in the post-Soviet period,” said the Head of State.
According to Aleksandr Lukashenko, the official Tashkent should also learn from the events: according to the available information, ‘Uzbekistan could also become the focus of attention’.
Aleksandr Lukashenko noted the timeliness and efficiency of the decision to bring the Collective Peacekeeping Forces to Kazakhstan. He also spoke in favour of improving the CSTO,

“Serious challenges await us in the future. It is necessary to strengthen the CSTO, calmly and systematically build up all its components, and above all, its peacekeeping potential.”

At the same time, according to Aleksandr Lukashenko, one should not be ashamed and look at the West or its individual states. In his opinion, the introduction of the Collective Peacekeeping Forces of the CSTO violated the plans of the customers and executors of the conflict provoked in Kazakhstan.
The Head of State also considers it necessary to timely reveal the forces that, under certain conditions, are capable of crossing the red line, embarking on the path of violence, as well as to strictly suppress their destructive activities. 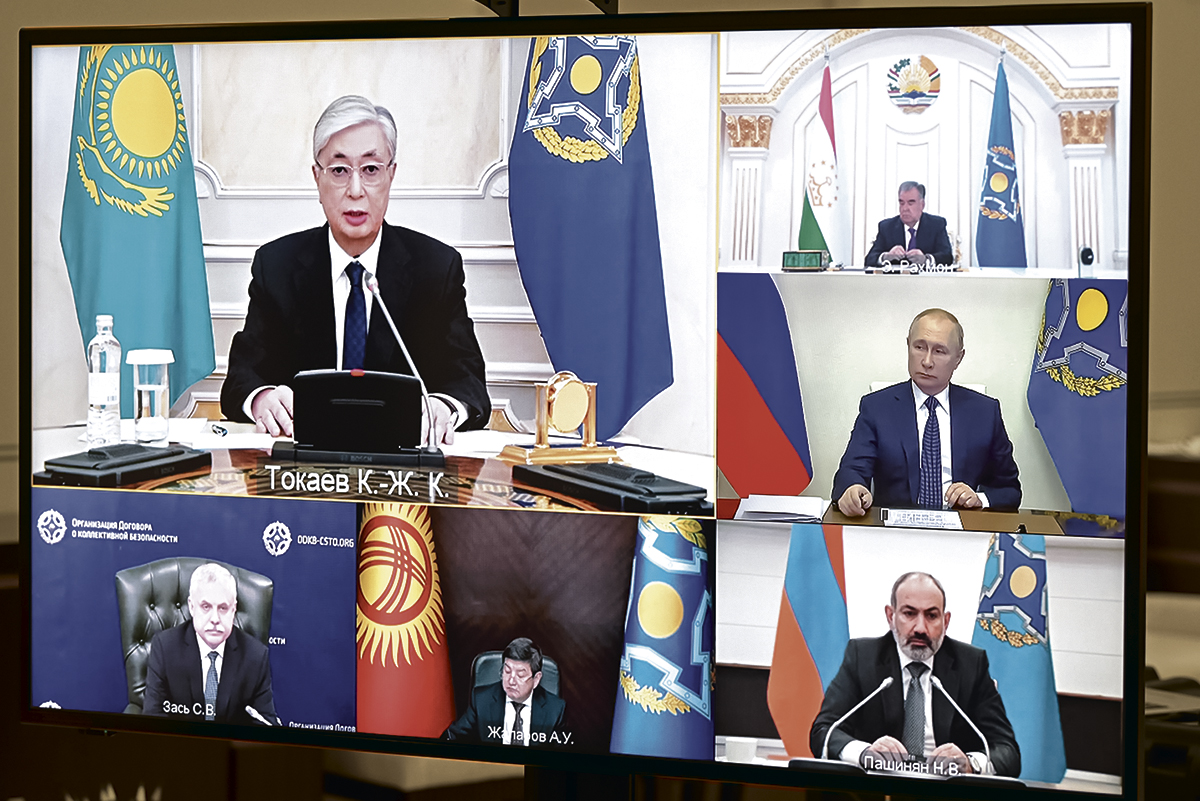 The President of Belarus noted that now there is a good reason for some time to get together and talk about Tajikistan, “The President of Tajikistan has been asking us for material support, primarily with military equipment, for years. And we need to do it. So that later it will not cost us more, as with Kazakhstan. Almost 200 aircraft flights, we airlifted huge equipment. Fortunately, Russia agreed to this. I would not like for the same to happen to Tajikistan. We’d better provide our support now. This also applies to other republics. Conclusions must be made.”

Having a numerical advantage of at least five times, the bandits attacked police officers and servicemen, beat them with extreme cruelty. Two servicemen were beheaded. The aggression simultaneously covered 11 regions. But the main blow was directed against Almaty... The terrorists expected to draw off the law-enforcement forces in order to then strike at the capital of Kazakhstan. In fact, it was a real terrorist war, unleashed against our state by a variety of methods. I am confidently talking about the direct participation of terrorists, including foreign militants... There is a plan to form a chaos zone in our territory with the subsequent seizure of power.

We understand that the events in Kazakhstan are not the first and far from the last attempt to interfere from outside in the internal affairs of our states. I agree with Aleksandr Lukashenko here. And the measures taken by the CSTO clearly showed that we will not allow the situation at home to be rocked and we will not allow the scenario of the so-called colour revolutions to be implemented... Certain forces do not shy away from using cyberspace and social networks to recruit extremists and terrorists, and create sleeping cells of militants. In this regard, I believe it expedient to instruct the Committee of Secretaries of the CSTO Security Council to submit proposals for jointly countering attempts at destructive external interference in the CSTO’s area of responsibility.

I believe that terrorists have no homeland, no religion, no nationality, they must be destroyed, wherever they are. The fight against the destructive activities of extremists and terrorists, Islamic radicals and various criminals has not stopped in our country for the past 30 years... We in Tajikistan are fighting with all our might against the agitation and subversive work of emissaries of banned organisations... We need to create a security belt around Afghanistan. The situation at the border gets more complicated every day. Fighting is taking place right on the border between the Taliban members themselves.

Based on materials of sb.by and belta.by
PHOTOS BY BELTA and REUTERS