On October 4th, the sixth session of the Council of the Republic and the House of Representatives of the National Assembly of the seventh convocation will begin its work 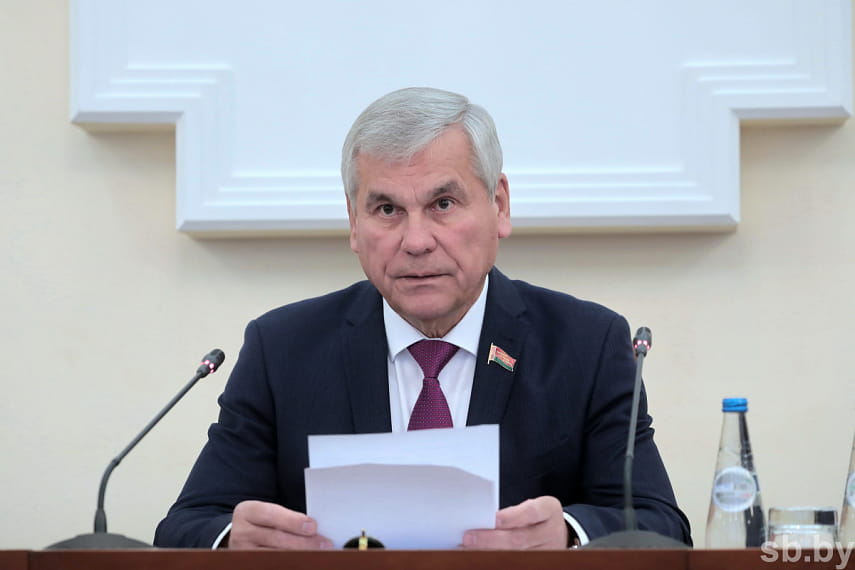 By now, twenty issues are ready for consideration and, as the Chairman of the House of Representatives, Vladimir Andreichenko, stressed, the upcoming session will be held not in the best conditions. “A hybrid attack on Belarus is taking new, increasingly sophisticated forms. While hiding behind hypocritical slogans about democracy, the West is enhancing its political, economic, military and informational pressure on our country,” he said.

According to Mr. Andreichenko, the intention is simple: to strangle the country economically, to cause social discontent and – on the back of this – to make a new coup attempt.

The House of Representatives’ Speaker noted that the West demonstrates complete disregard for international law – accusing Belarus of creating a migrant crisis, while unwinding a new round of sanctions policy for far-fetched reasons. “For this purpose, extremist and terrorist activities of various opposition groups are encouraged,” Mr. Andreichenko stressed.

The recent high-profile murder of a KGB officer is direct evidence of the opposition's focus on undermining civil peace and public security. In this regard, the Speaker stressed that parliamentarians aim to approach the tasks of maintaining a socially oriented political course as responsibly, promptly and professionally as possible, “Our goals are clear and understandable to Belarusian society: independence, unity, and economic growth. It is in this vein that our work will be built.”

In turn, the Deputy Chairperson of the Standing Commission on State Building, Local Government and Regulations, Viktor Svillo, said a bill which envisages criminal liability for calls for sanctions against our country will be studied during the session. The parliamentarian recalled that, in spring, a whole package of laws was adopted concerning strengthening of the state’s sovereignty and protection of its constitutional order and territorial integrity. The new bill logically complements this list.

In addition, deputies plan to adopt a bill to amend the Constitution on introduction of a single voting day. Draft legal acts on self-regulatory organisations, licensing, amendments to the law on state innovation policy and innovation activities will also be on the agenda. The 2022 budget will be considered as well, while a draft Education Code enters final straight.