The Ambassador Extraordinary and Plenipotentiary of the Republic of Belarus to the Arab Republic of Egypt, Sergei Terentiev, met with the President of the Egyptian Academy of Scientific Research and Technology, Mahmoud Sakr – as informed by the Belarusian diplomatic mission in Egypt 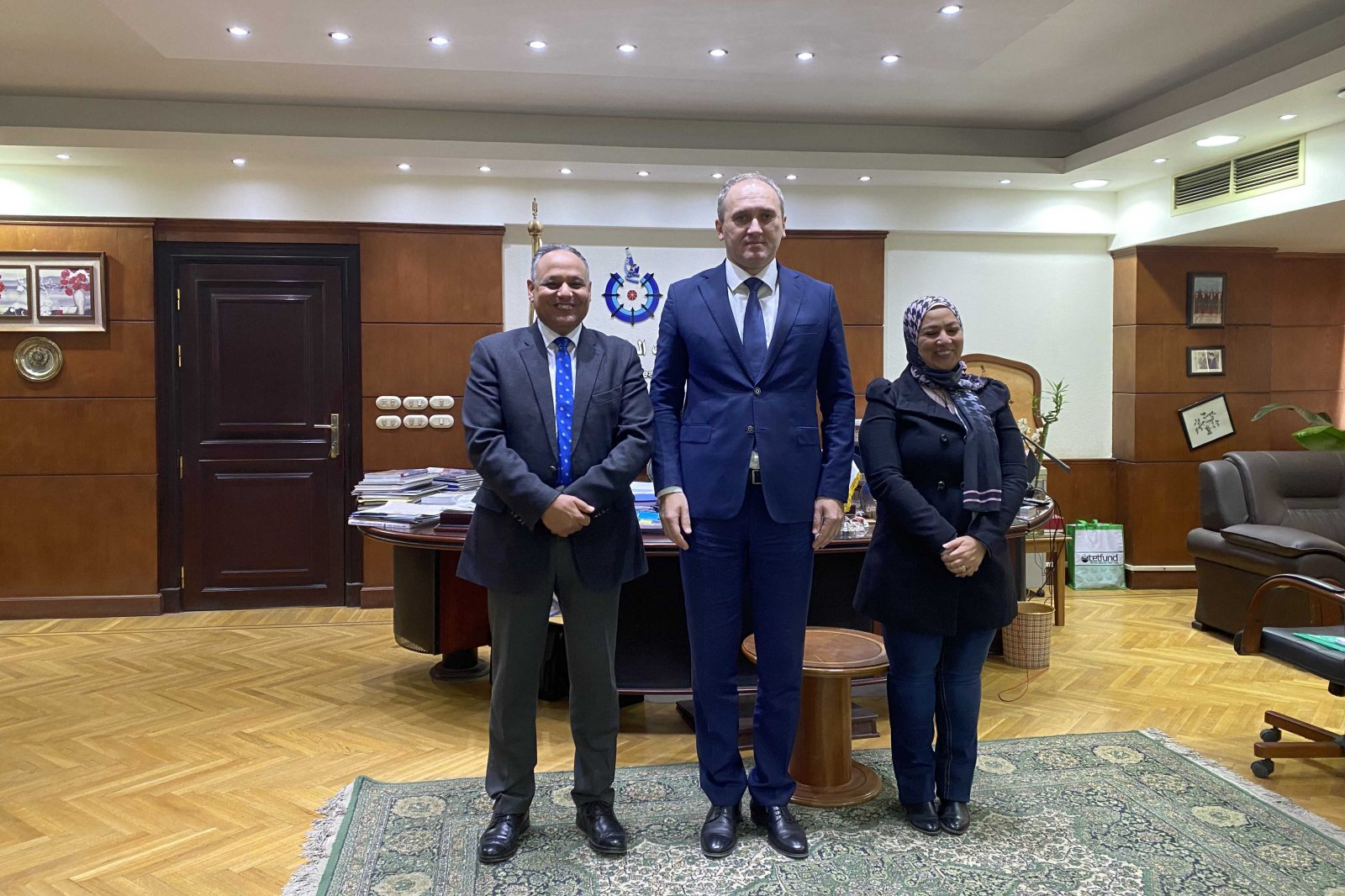 Photo by Belarus’ Embassy in Egypt

As reported, the sides discussed the state of Belarusian-Egyptian co-operation in the field of science, interaction between the national academies of sciences within the framework of implementation of the current joint projects. The President of the Academy of Scientific Research and Technology informed on the interest in using the potential of the National Academy of Sciences of Belarus in implementing important projects of Egypt’s social and economic development.

An agreement was reached to organise a visit of Mahmoud Sakr to Belarus in 2022 at the helm of a delegation of the Egyptian Academy of Scientific Research and Technology.

Diplomatic relations between the Republic of Belarus and the Arab Republic of Egypt were established on February 1st, 1992.

According to the Embassy, agreements on twinning relations were signed between the city of Minsk and the city of Cairo, the Minsk Region and the South Sinai Governorate to ensure interregional co-operation.