The summer athletics season is gaining momentum! The final of the All-Belarusian cross-country run for the prizes of the Belarus Segodnya Publishing House took place last week. It was a fun and festive beginning of this season. Last Sunday, on the eve of Victory Day, Mogilev again became the centre of attraction for lovers of running — an international marathon was held here, for which a record number of participants — 5021 people registered. 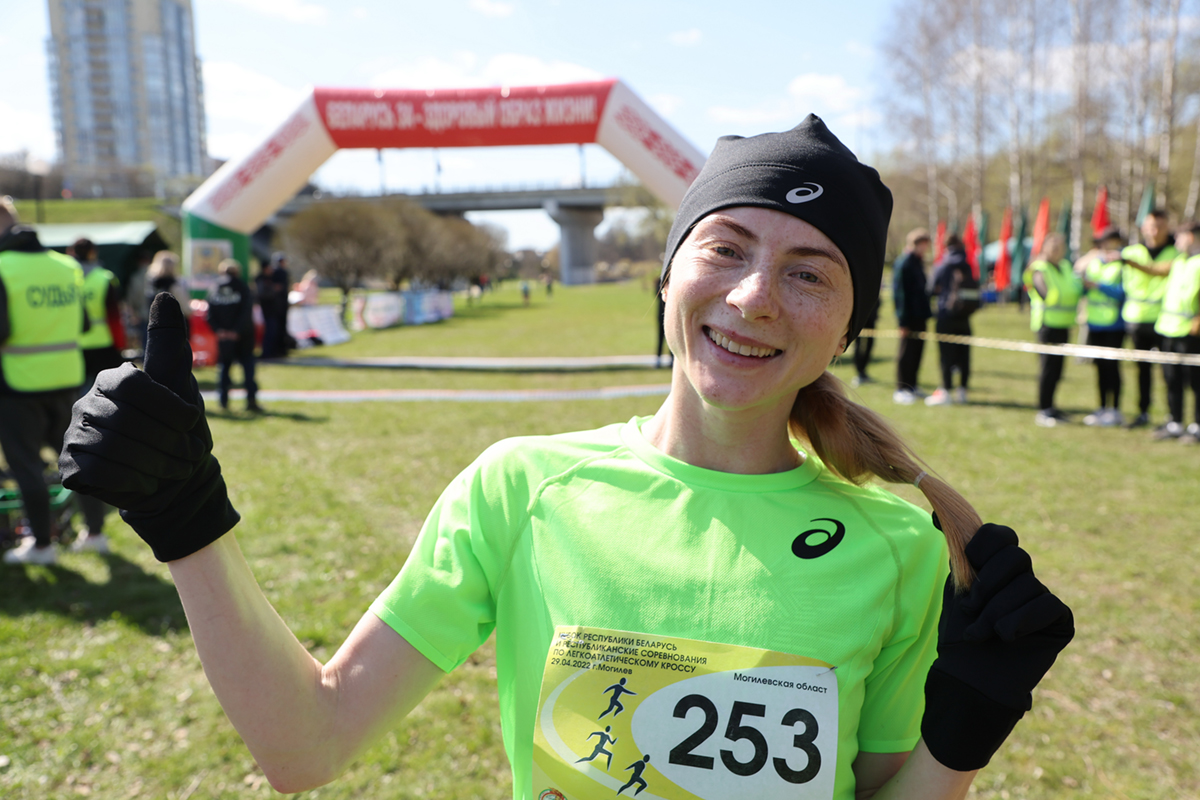 Nina Savina
“Our marathon raised more and more interest. In the first year of its holding, it gathered about 3,000 people, the second time — about 5,000 participants. That is a record! That is great, it means that a healthy lifestyle is gaining popularity,” noted the head of the sports and tourism department of the Mogilev City Executive Committee Dmitry Latenkov.  Each participant was able to choose a distance according to his strength: 42 kilometres 195 metres — for those who are confident in themselves and their health; 10 kilometres — for the middle level; 4 kilometres — for everyone. The peculiarity of the current competition was that the Open Championship of Belarus was also held within the framework of these competitions. Let us remember that it, in turn, is included in the series of the Belarusian Athletics League created this season. Its final will be held with great pomp and splendour in Minsk in August. All the strongest Belarusian marathon runners ran in Mogilev. Guests from Russia and China also arrived. Vladislav Pryamov from Minsk not only took the gold medal of the marathon, but also set his own personal record. Preliminary time — 2 hours 12 minutes 38 seconds. 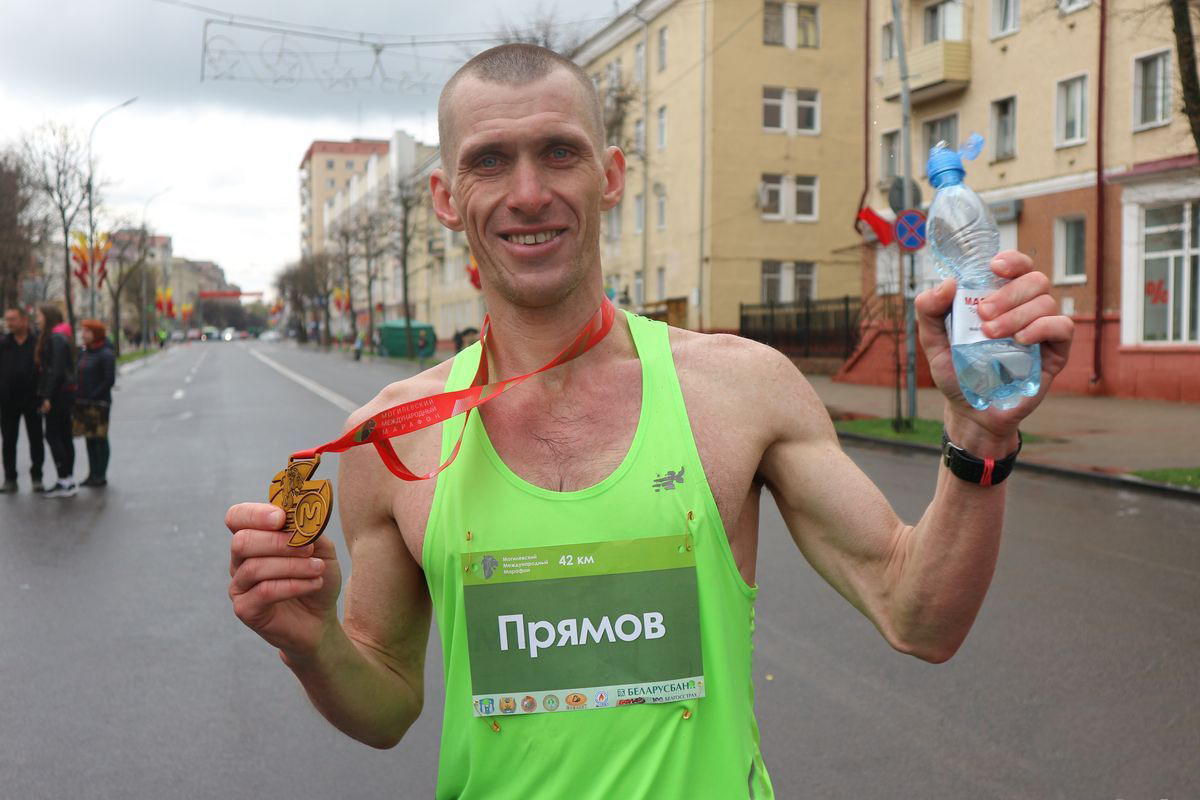 Vladislav Pryamov
“I am running a marathon in Mogilev for the first time. The track is quite difficult. It seemed to test our endurance. There was a severe headwind, and a downpour fell 5-6 kilometres before the finish line. I tried to just run, not paying attention to all these difficulties,” sportsman shares his impressions.
Vladislav prepared hard for the competition. Firstly, this is the Belarusian marathon championship, and secondly, he wanted to contribute to the team result.
“It is symbolic that we ran on the eve of Victory Day. I congratulate everyone on this great holiday and dedicate my triumph to the generation that won a peaceful sky over our heads. I can’t even imagine what they went through and at what cost they were able to survive!” he emphasises.
Mogilev resident Nina Savina had no equal in the women’s marathon distance. The competition ambassador says she couldn’t let her fans down, “I always feel the heavy burden of responsibility before going to the start, and today even more so. It’s nice to perform in front of the native audience, this is a huge advantage. Both the track and the weather demanded maximum endurance and skill from us When it started to rain, it was something out of the ordinary! Nevertheless, the rivalry became even more interesting.”