Hockey players from HC Metallurg Zhlobin won the President’s Cup. The main prize was awarded to Zhlobin hockey players by Aleksandr Lukashenko, who watched the game from the stands of the Minsk Arena.

The final series of the President’s Ice Hockey Cup turned out to be an incredible thing to watch: hockey players from HC Yunost Minsk and HC Metallurg Zhlobin fought for the title of the best for six fights, but everything was decided only in the seventh match, which took place at the Minsk Arena. It was sold out: the main ice arena of the country gathered 15,086 fans — and this is a new record at the games of the Extraleague of Belarus’ Open Ice Hockey Championship.

The finalists stretched out their confrontation to the maximum only twice in the history of the championships of our country until this season. Interestingly, in both cases HC Yunost Minsk fought for the victory: in 2009, it took over HC Gomel, and in 2010 — over HC Shakhter. The Minskers were unable to repeat this success again. 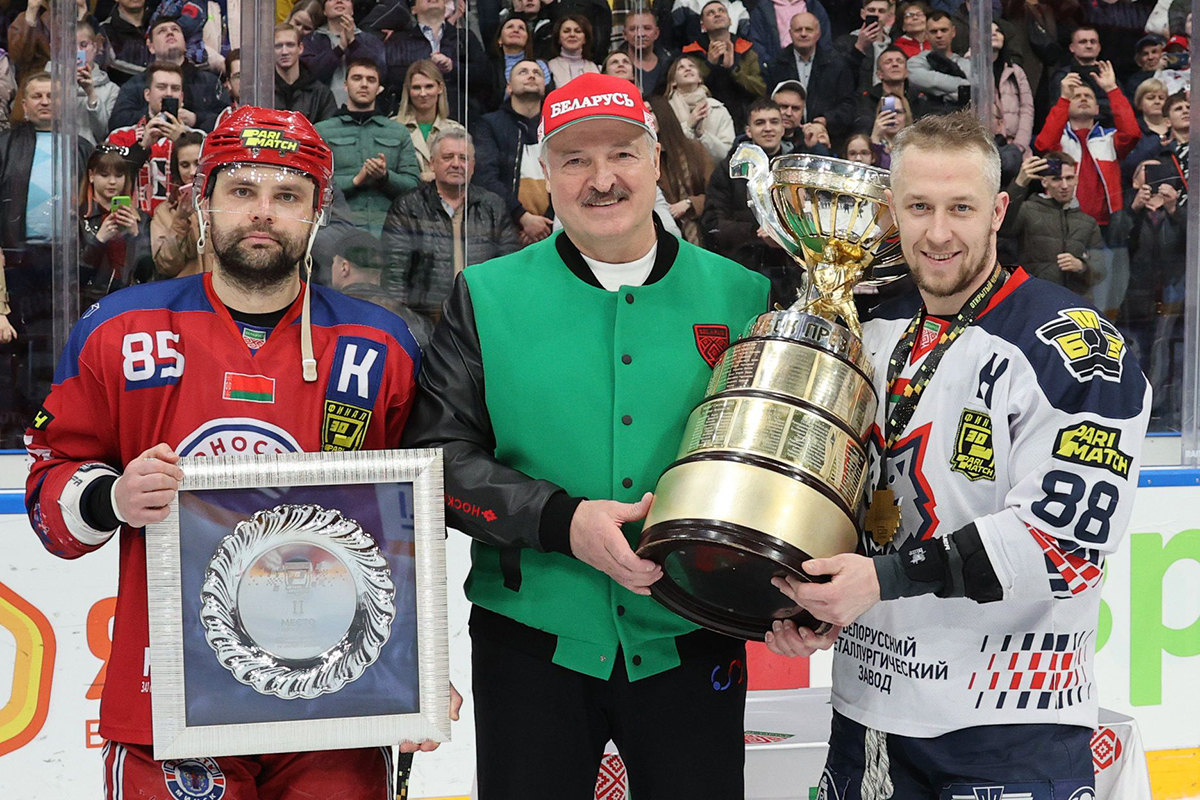 From the very first minutes of the decisive match, the teams began to carry out a series of attacks, but it was the Zhlobin team that managed to open the score. Sergei Kuznetsov outplayed the Minsk goalkeeper by an accurate pass from Artyom Volchenkov and scored the first goal against the defending champions in the seventh minute.  The Zhlobin youth upset HC Yunost again in the seventh minute of the second period: Sergei Kuznetsov scored his second goal, Vitaly Pinchuk and Artyom Volchenkov were the authors of wonderful assists. The Minsk team tried to win back and created many dangerous chances at the opponent’s goal. Four minutes before the final siren, Evgeny Esaulov’s team went for broke and substituted the goalkeeper with the sixth skater, but that didn’t help either: the third unanswered puck appeared in the empty ‘net’ of HC Yunost in 1 minute 25 seconds — Yevgeni Solomonov iced the game.
The winning streak of HC Yunost Minsk is snapped. HC Metallurg Zhlobin, which became the champion of the country in 2012, ten years later regained the title and the main trophy — the President’s Cup.