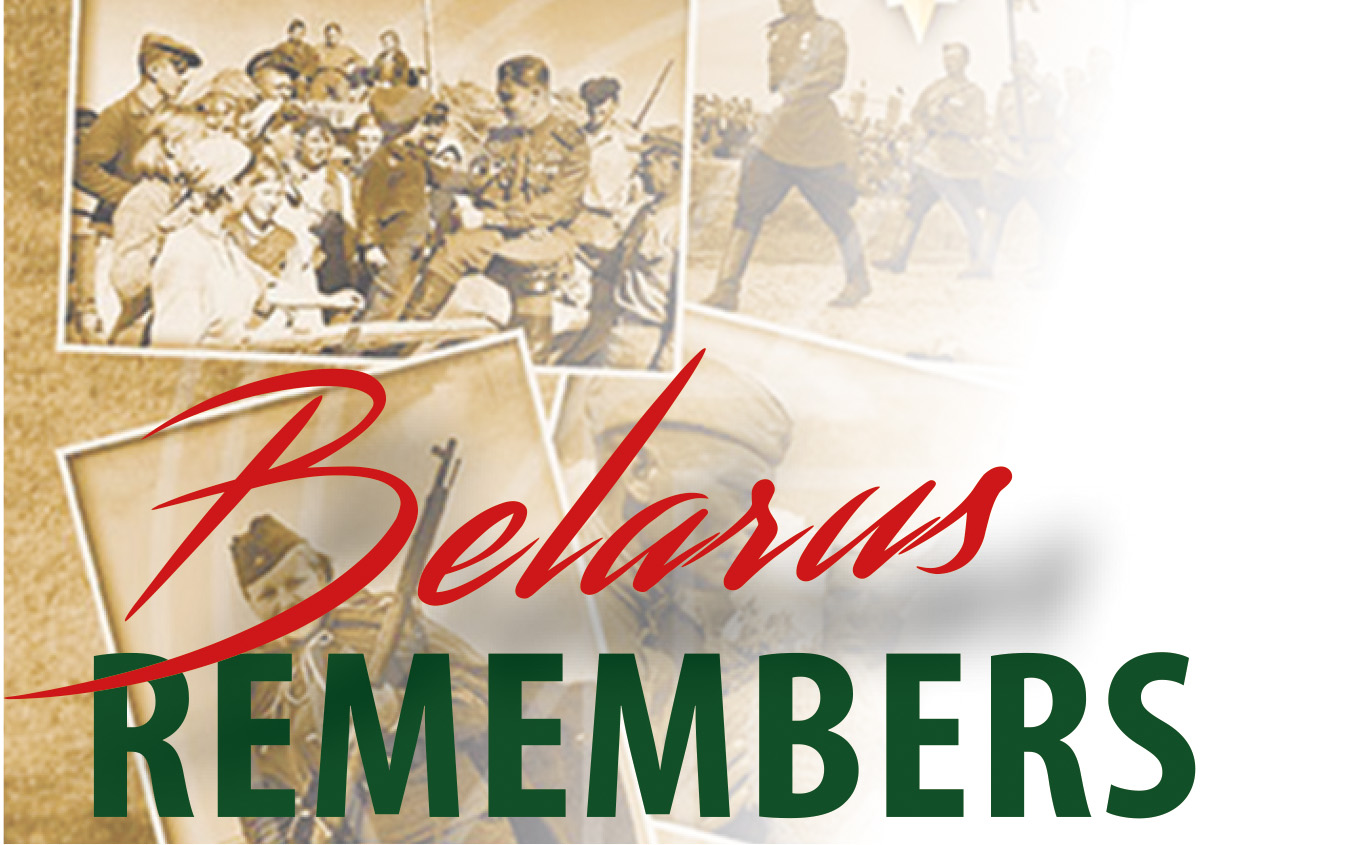 
Belarusian justice punished solely by law, European justice taught how to get off with 13 years in prison for 85,000 killed

With the defeat of fascism, a long process of identifying and exposing fascist punishers and their vile henchmen from among the locals began: former police officers, employees of magistrates and administrations, collaborators of various kinds and other loyal wretches of the bloody New Order. Those who hung and tortured others with pleasure, mostly civilians and innocent people, were sent to the gallows in Minsk and other cities of the USSR. One of the most famous cases on charges of former servicemen of the German army and police (18 people) who took part in the destruction of Belarusian residents was considered by the Military Tribunal of the Minsk Military District from January 15th to January 29th, 1946. Alas, European justice in such cases demonstrated a far greater ‘humanism’, which is more perceived as another element of genocide in relation to the victims of fascist punishers and their henchmen on the ground. 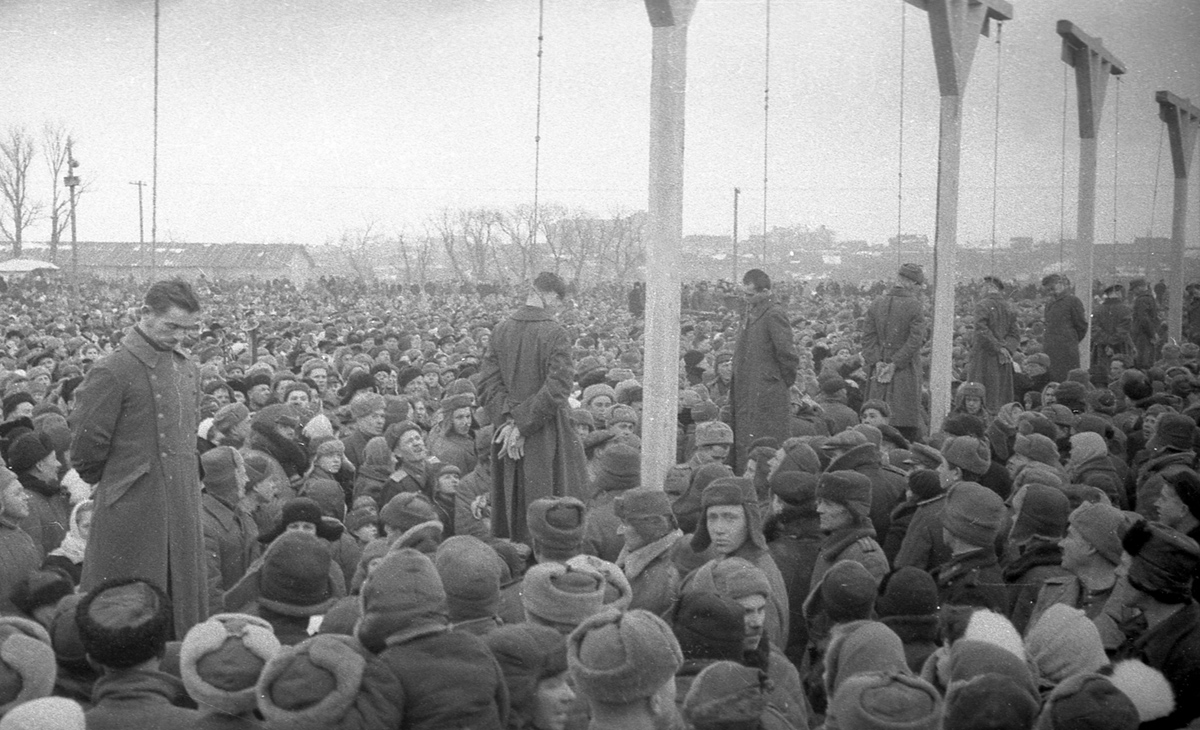 Creator and executioner of Ozarichi

The first session of the Minsk Trial began on January 15th at the House of Officers. The tribunal heard the case against 18 representatives of the German occupation authorities on Belarusian land: generals, officers, non-commissioned officers, privates of the Wehrmacht and the SS, Belarusian police collaborators, representatives of the Gestapo and the gendarmerie. The process was open, the sessions were attended by about a 1,000 people from all regions of the BSSR. One of the main defendants was 55-year-old Lieutenant General of the Wehrmacht Johann-Georg Richert, holder of the golden German Cross of the 1st class. Since the summer of 1942, he was the Commander of the 256th security division, which took an active part in anti-partisan actions in the north of Belarus, was repeatedly involved against partisan detachments in the Orsha Region and committed numerous war crimes against the civilian population. Giving evidence in Minsk first, he answered the prosecutor’s question ‘How many Soviet citizens suspected of being connected with partisans were arrested during your operations?’ “1300 people were arrested and imprisoned, 900 were shot and 500 were sent to concentration camps in Germany.” Moreover, it was Richert who personally organised the Ozarich death camp — the ‘biological bomb’.


‘This was done in every locality’

Georg Robert Weissig was another defendant, a police lieutenant colonel, Commander of the 26th police regiment, who led four punitive expeditions. Speaking about them, Weissig also mentioned the monstrous atrocity of the German monsters near Glubokoye. To clear the roads, the police drove the local population along them, condemning them to certain death: people cleared the mines by blowing them up. However, the former head of the Security Police in Orsha, Borisov and Slonim Hans Hermann Koch, answered the accuser’s question ‘How many people were killed during your stay in a special unit?’ “I believe that 30,000. I calculated approximately…

This was done quickly. We took the Jews out of our homes, drove them into the ghetto and immediately exterminated them. The houses were then burnt down. This was done in every locality of Belarus”. 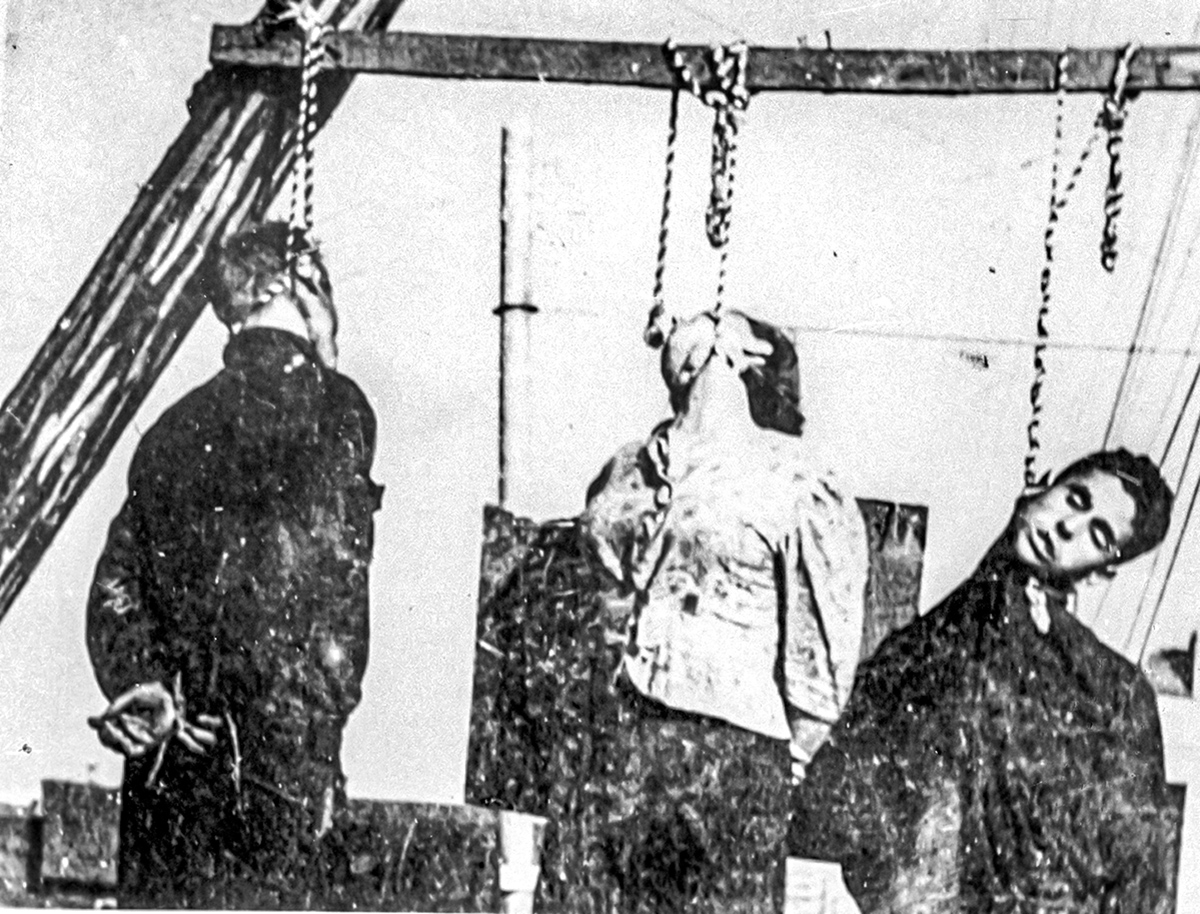 The verdict of the Minsk Tribunal was announced on January 29th, it was met with applause. 14 of the 18 defendants were sentenced to death. Four more — Hans Joseph Hechtl, Bruno Max Goetz, Rodenbusch and Geterich — were sentenced to penal servitude for 15-20 years.
On February 1st, 1946, Sovetskaya Belorussiya published a message from BelTA: ‘On January 30th, 1946, at 2:30 pm, the sentence of the Military Tribunal of the Minsk Military District over the Nazi criminals Richert, Herf, Erdmannsdorff, Weissig, Falk, Koch, Icke, Languth, Mitman, Hess, Moll, Burkhard, Bitner, Fischer, sentenced to death by hanging for the monstrous atrocities committed by them in the Byelorussian SSR, was carried out at the hippodrome of the city of Minsk (Author’s Note — in the bend of the Svisloch River, in the area of the current Beijing Hotel Minsk). The execution of the sentence was favourably received by more than 100,000 workers who were present at the hippodrome.’ It should be noted that the Minsk Trial was covered not only in Belarusian, but also in the major Soviet newspapers — Pravda and Izvestia. The materials of this trial were published in 10,000 copies in Minsk in 1947: the transcript of all court hearings and the verdict. Another book of Minsk process materials was published by the Justice Ministry in 2010.


Executioner with diplomas in jurisprudence

Otherwise, European justice treated the Hitlerite thugs differently, and in this regard, the story of another one of them, who also left a bloody trail on Belarusian land, is very specific. We are talking about Otto Bradfisch, a Nazi war criminal, SS Obersturmbannführer, leader of the Einsatzkommando for mass extermination of people, Commander of the Security Police in Lodz and Potsdam.
He studied economics at four universities, the last of which he graduated with a Ph.D. He studied law in Erlangen and Munich, becoming a qualified lawyer by the age of 30. Nonetheless, he became famous, alas, not for this. As leader of Einsatzkommando 8, Bradfisch was directly responsible for many mass executions, including thousands of women, children and the elderly. In some cases, he himself led the mass executions and took a direct part in them. The execution of Jews of all ages, communists and prisoners of war in Bialystok, Minsk, Bobruisk, Baranovichi and Mogilev is on his conscience.

During its stay in Minsk (July — September 1941), Einsatzkommando 8 carried out at least eight executions of Jews. However, SS Reichsfuehrer Heinrich Himmler personally participated in one of these actions (August 15th), when at least 300 Jews were killed.

‘Humanism’ with features of genocide

During the last months of the war, Dr. Bradfisch was the Commander of the Security Service and the Security Police in Potsdam. In connection with the approach of Soviet troops, he managed to escape to the Elbe and obtain documents in the name of Karl Evers. At first, he was taken prisoner by the Americans, but was soon handed over to the occupying authorities and released in August 1945. He worked in agriculture, then in the mining industry. Subsequently, became an insurance agent in Kaiserslautern, and then a director of the Hamburg-Mannheimer insurance company. On July 21st, 1961, the Munich Regional Court sentenced him to ten years in prison for complicity in the murder of 15,000 people, and on November 18th, 1963, the Hannover Regional Court, sentenced him to 13 years in prison for complicity in the murder of 85,000 Jews in Lodz. In the summer of 1969 he was released on parole. He lived to a ripe old age and died on June 22nd, 1994 in Seeshaupt (Germany, Bavaria) at the age of 91.

It should be noted that more than 900 trials have been held in Germany against those accused of committing crimes of Nazism since 1949. These trials were criticised due to the fact that most of the defendants were acquitted or received too lenient sentences.

In addition, thousands of Nazi officials and criminals were never brought to justice, many of them returning to their professional activities, which they did during the Third Reich era. So, for several post-war decades, former Nazi officials worked in most of the courts of the Federal Republic of Germany. Isn’t this the main reason for such ‘humanity’ of West German justice in relation to the perpetrators of genocide?

Reference information
The Einsatzgruppen of the Security Police and the SD (‘task groups’, ‘deployment groups’) are paramilitary death-squads of Nazi Germany that carried out massacres of civilians in the occupied territories of the countries of Europe and the USSR. They played a leading role in the ‘Final Solution to the Jewish Question’. Jews, Gypsies, political intelligentsia, communists, members of the resistance movement and ‘antisocial elements’ were the main victims of the Einsatzgruppen.

With a clear conscience?
By 1950, international concern for the Cold War outweighed interest in justly condemning the crimes of World War II. Processes outside of Germany practically ceased, most prisoners, but not executed criminals, were released in the 50s.