Punishers, bear in mind that punishment is inevitable

Millions of murders are being investigated in a criminal case on the genocide of the Belarusian people during the Great Patriotic War and the post-war period. For each case, it is necessary to establish organisers, performers, instigators and accomplices... There are thousands of places of mass destruction of the local population.  At the same time, some countries openly support fascism. How else to explain harbouring war criminals? 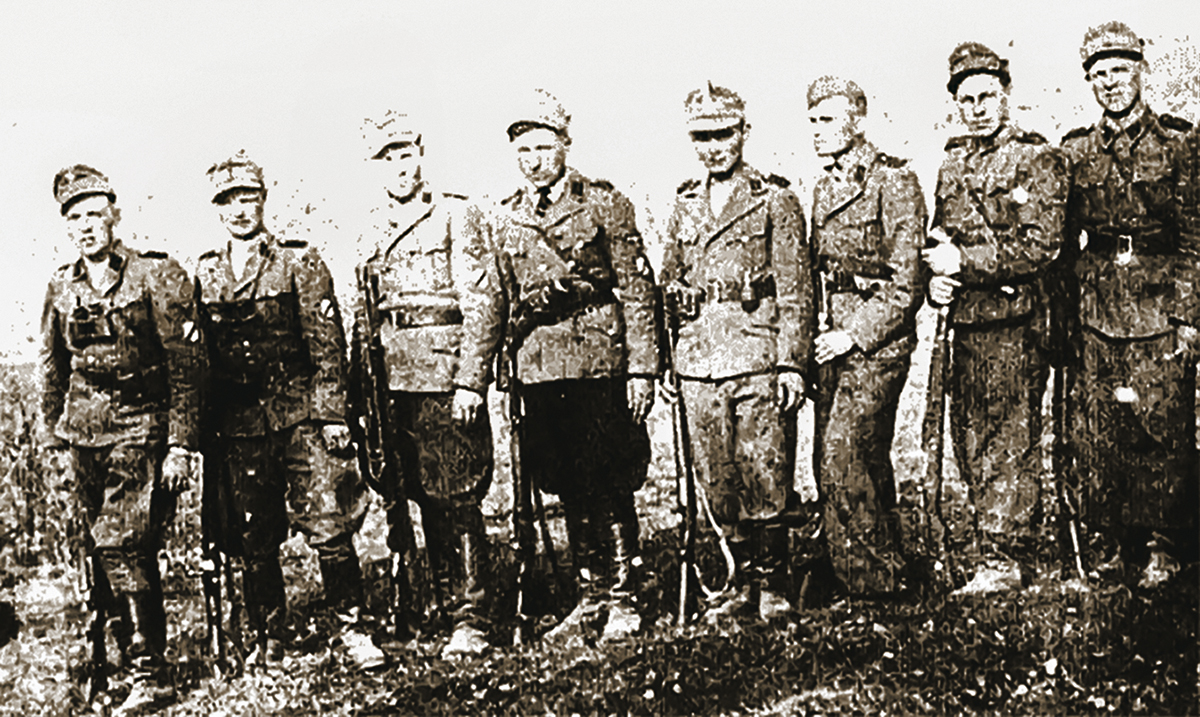 The verdict of the Nuremberg trials says: the war unleashed by Nazi Germany was unfair and predatory, and the SS formations were recognised as criminal organisations. The verdict of the international military tribunal requires states to ban the public display of Nazi symbols, the glorification of Nazi ideology and the justification of Nazi criminals.
However, only a small part of those responsible for the genocide were convicted at the Nuremberg trials and the trials on charges of Nazi criminals. Some states do not want to help with the search and bringing them to justice, says Igor Moroz, the Director of the Scientific and Practical Centre for the Problems of Strengthening Law and Order at the Prosecutor General’s Office of Belarus, “A typical example is the 2nd Lithuanian Auxiliary Police Battalion under the command of Antanas Impulevicius. The battalion participated in a number of punitive operations during the war years, carried out public executions in Minsk, destroyed thousands of prisoners of the ghetto, concentration camps and prisoner of war camps. It is known that the Nazi criminal Impulevicius took refuge in the United States after the war.”
The leadership of the Soviet Union made attempts to extradite him.

But he was not released. There was no criminal prosecution in the territory of the state where the punisher lived.

The trend has continued in our days and, unfortunately, repeated itself. The Prosecutor General’s Office of Belarus has identified several hundred employees of the same 2nd Lithuanian battalion under the command of Impulevicius. Information about them, together with requests for legal assistance, was sent to a number of states. At the same time, Lithuania refused to help, it does not coincide, they say, with the legal assessment of the actions under investigation. The content of the responses indicates that the Lithuanian authorities deny the Holocaust on the territory of the BSSR and the involvement in it of the 2nd (12th) Lithuanian battalion under the command of Impulevicius.

This is just one example of how international legal mechanisms related to the search and extradition of criminals break down. Belarusian prosecutors are aware of many living Nazi criminals. There is information, for example, about former Latvian SS legionnaires living abroad. The list of punishers with their personal data has already been sent to Latvia to assist in verifying their involvement in the genocide of the Belarusian people.

Latvia refused to provide legal assistance, responding that the satisfaction of the request is contrary to the interests of national security. Well, one must understand that the protection of Nazi criminals for Latvia is a top priority in its national security.

Why wondering, it is known that the Hawks of Daugava organisation seriously influences the politics of Latvia. This organisation was founded in 1945 by Latvian SS legionnaires who fled to the West, including those involved in the genocide of the population of the BSSR. During the Cold War, the hawk centre was located in Munich, there were branches in 12 countries and now they operate in several states of the USA, Canada, Australia, Latvia and other countries. The organisation united more than 9,000 people.
The organisation of ‘hawks’ is still active today, they proudly display Nazi symbols on their information resources. Moreover, a law on the protection of the honour and dignity of the Latvian SS legionnaires has been adopted in Latvia. Moreover, the Day of the Latvian SS Legion is considered a public holiday in the country!

It is in Lithuania and Latvia that Nazism is being rehabilitated with special zeal, and monuments to Soviet soldiers-liberators are being demolished. These countries are openly opposing the investigation, harbouring punishers. The political leaders of these states have maintained official contacts with the Nazis and their accomplices for many years. There are facts pointing to the support of such contacts by the United States.

The publication uses materials from the book Last Chance for Justice. Fundamentals of legal prosecution of Nazi criminals from Latvia (written by A. Dyukov, B. Kovalev and V. Simindey). 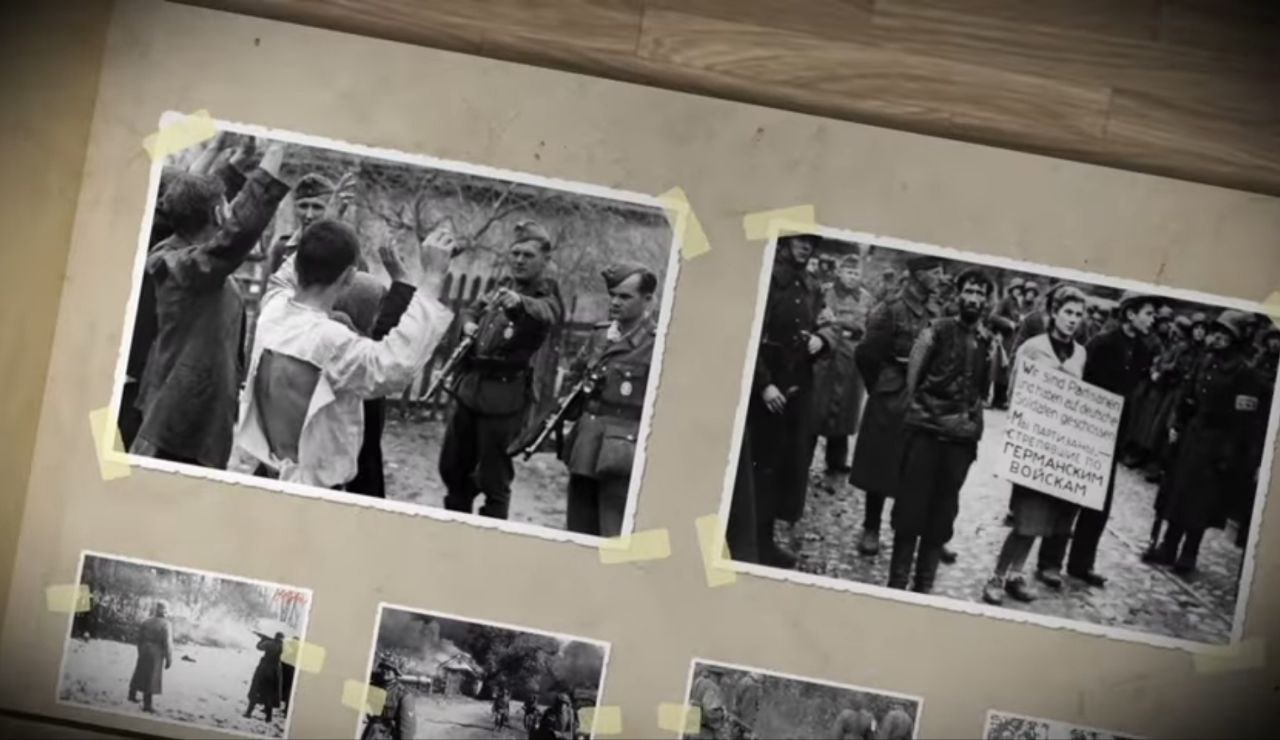 How did people  treat Belarusian nationalist collaborators?
This is shown in the speech of the public prosecutor in court in the case of servicemen of the 13th Belarusian battalion under the SD, “On behalf of those tortured in fascist dungeons, on behalf of widows and orphans, on behalf of the public of the city, I accuse the murderers who, having betrayed their homeland, went over to the service of the enemies who temporarily occupied our sacred land. I do not ask, but I demand on behalf of the people to apply to the traitors to the Motherland and the executioners Kalko, Sinkevich, Kukhto the maximum penalty provided for by law [prolonged applause]. This is demanded by the collectives of factories and factories, collective farms and state farms, meetings of the intelligentsia and students of our entire city of Baranovichi and the region... May the judgment of the people, a just and severe court, be done over the fascist executioners! [applause]”


What was the role of the collaborationist Belarusian armed formations in the imple-mentation of the plans for the genocide of the population of the BSSR?
Here are a few episodes (out of many tens of thousands of similar facts) of the atrocities of nationalist punishers who swore allegiance to the Belarusian people under the white-red-white flags and the ‘Long live Belarus!’ slogans. From the audio recording of eyewitness testimony of the crime, “...Then they came... they brought...one woman to the pit... I remember as if it were today, she was freckled, blonde and with a curl...she was pregnant...Maybe she is five days, two or three before giving birth. In general, she was at the extreme stages of pregnancy. You know, a pregnant woman, as everyone knows, well, she has an ugly appearance. They started laughing at her, saying what an outrage she was, a cow ... Here one took a bayonet and cut open her stomach. Everything from this girl, everything fell out of her. These were their actions.
Another woman brought a child that she gave birth in the camp, which was very difficult. She gave birth under torture. He grabbed him and… hit his head against a birch tree… [inaudible] threw the child into the pit. That’s how they did it. Comrades, look at these people with a true anger [crying]. This is how they all mocked our people, how they mocked all of us.”


They wore German-style uniforms with the white-red-white chevrons
These collaborators with the white-red-white symbols were not valued by their owners. So, they were simple servants who were needed for dirty deeds.
“All collaborators of the national Belarusian self-government from the rank and file to the top during the Great Patriotic War were inferior creatures in the Nazi occupation regime and often performed the dirtiest work for the gentlemen — the highest representatives of the high culture of Western Europe. That is, they destroyed thousands of civilians with their hands — in fact, their neighbours, colleagues, compatriots,” dwells the head of the Scientific and Practical Centre.
The white-red-white rag will forever remain a symbol of the humiliation of the Belarusian nation. However, pseudo-national ideas and symbols, attempts to justify Nazism and its accompanying crimes did not take root in our country then, and they will not take root now. No matter how the official leadership of the same Lithuania, Latvia, Estonia, Ukraine, Poland and other countries distort the history of the war, confuse terminology, ignore the decisions of the international tribunal, no matter how they deny the Holocaust, publicly demonstrating a loyal attitude to Nazi ideology and symbols, hiding punishers and their accomplices, sooner or later the perpetrators will be condemned. Then it will be possible to talk about the end of the war with Nazism. And it is unlikely that there, to the west of us, those diligently fertilising the soil for fascism will be washed off.
“Despite the difficulties faced by the Prosecutor General’s Office of Belarus, the search for Nazi criminals continues. We prepared and sent about 70 requests to 18 states. Belarusian prosecutors closely co-operate with foreign public organisations, foundations and archives. Search and study of new documentary evidence is underway,” says Igor Moroz.