The National Archives of Belarus has a receipt telling about the apologists for Belarusian nationalism and its white-red-white symbols in the Belarusian lands occupied by the Nazis. According to this document, Franz Kuschel and his wife Natallia Arsiennieva, the author of the Mahutny Bozha (Almighty God) hymn, so idolised by the current opposition, received two Jewish featherbeds for use, which ended up in the warehouse of the Minsk police after the first pogrom of the Minsk Ghetto in the fall of 1941. It is a fact that speaks volumes... However, the history of the Minsk Ghetto is by no means exhausted by this fact...

‘Final Solution to the Jewish Question’

The Minsk Ghetto existed for just over two years — from July 20th, 1941, to October 21st, 1943. It was one of the largest in Europe, and the second largest after Lviv in terms of the number of prisoners in the occupied territory of the USSR. There were about 120,000 Jews living in the Minsk Ghetto, of which at least 105,000 died.
The history of the ghetto is a complex and multifaceted layer. Three days after the capture of Minsk, on July 1st, 1941, the occupying authorities imposed an ‘indemnity’ on the Minsk Jews, forcing them to hand over a certain amount of money and jewellery. Right after that, it was ordered to create a Judenrat (Jewish Council) to carry out German orders regarding the Jews of Minsk and to elect its head. 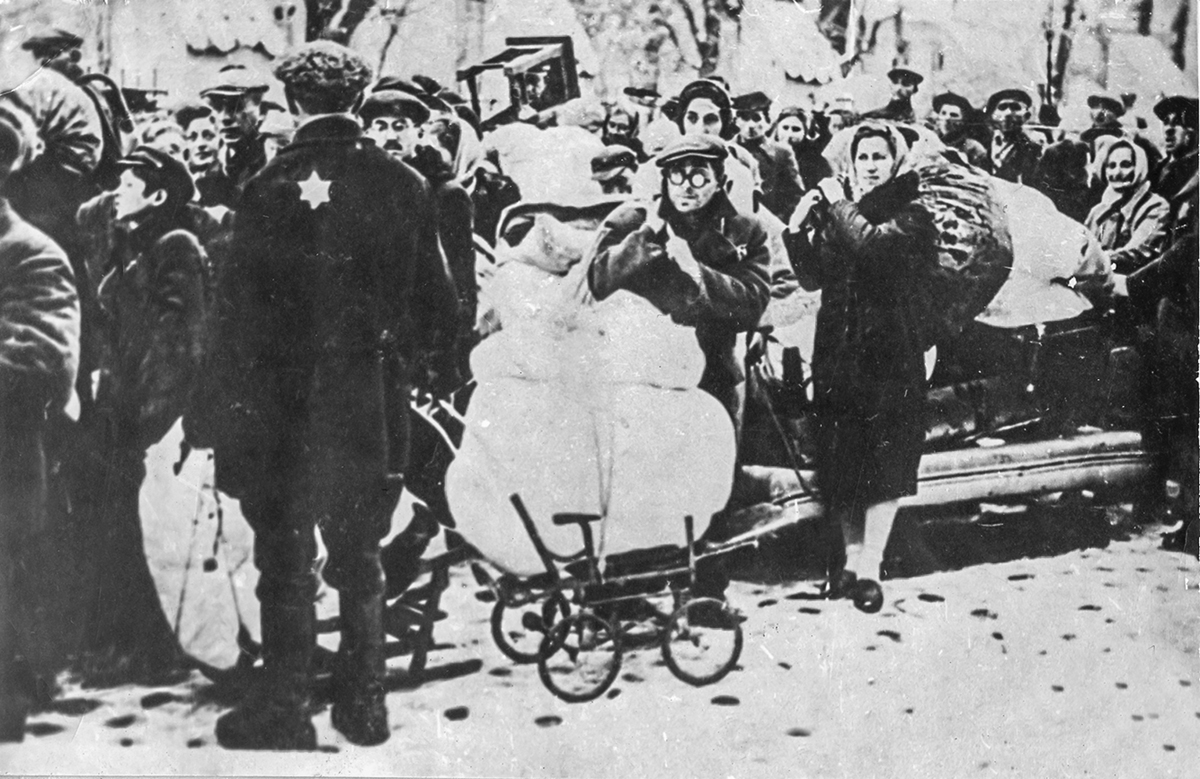 The Germans appointed Ilya Mushkin (before the war — the head of one of the Minsk trusts) as the head of the Judenrat because of his knowledge of the German language. After that, the field commandant’s centre issued an order on the mandatory registration of Jews and their involvement in forced labour (men — from 14 to 60 years old, women — from 16 to 50 years old). 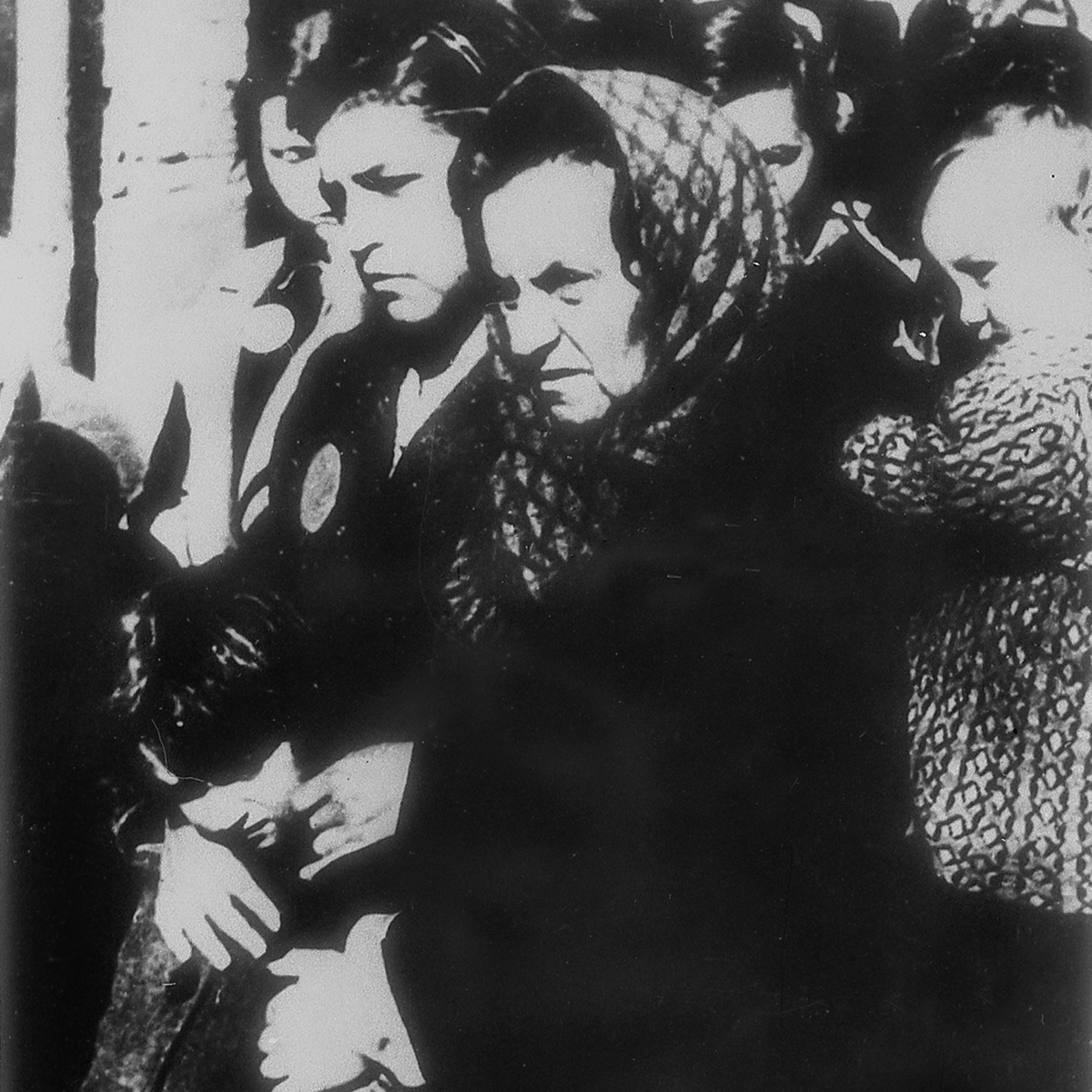 Jews were forbidden to change their place of residence, travel and receive payment in money, they were paid only in food.

On July 19th, 1941, three weeks after the capture of Minsk, the Germans decided to create a ghetto implementing Hitler’s programme for the extermination of Jews.
On this day, a meeting of the commander of the Army Group Centre Rear Area, General Schenckendorff, and the Higher SS and Police Chief of the Generalbezirk Weißruthenien, SS Brigadeführer Zenner was held in the Belarusian capital at which issues of interaction in the extermination of Jews were considered. The decision was made public: it was pasted on poles the next day — July 20th, 1941.
By August 1st, 1941, the resettlement of Jews in the ghetto was completed, 80,000 people were driven there. In September — October 1941 there were already about 100,000 prisoners in the ghetto.

There were three ghettos in Minsk during the war years according to archival data and testimonies of witnesses: the ‘Large’ ghetto existed from July 19th, 1941, to October 21st, 1943. Its territory covered 39 streets and lanes around Jubilee Square (Yubileynaya) — in the area of the Jewish Cemetery and the Lower Market. The Nazis rounded up over 80,000 Jews into this ghetto. The ‘Small’ ghetto was located in the area of the Molotov Radio Plant (later the Lenin Plant) from October 1943 until June 30th, 1944. Finally, there was the Sonderghetto (part of the ghetto along Sukhaya and Obuvnaya streets) — a ghetto for 20,000 Jews deported by the Nazis from seven countries of Western, Central and Eastern Europe. It existed from November 1941 to September 1943.

The ghetto was surrounded by a barbed wire fence around the perimeter. And it was guarded by the Waffen-SS together with the Belarusian and Lithuanian policemen around the clock.

The Germans and the policemen — those same carriers of white-red-white symbols — robbed and killed the inhabitants of the ghetto with impunity, raped girls and then killed them. The pathological sadist Gorodetsky, half-German, a former resident of Leningrad, was appointed representative of the German command in the ghetto with unlimited power. Gorodetsky’s assistant and the direct organisers of the massacres were the German officers Gotenbach, and his successor — Rider. They both were sadists who loved to personally kill and torture prisoners, creating unbearable living conditions for them.


Life on the verge of death

The life of the Jews was related to many prohibitions, for any violation of which there was only one punishment — execution.
The occupation authorities imposed several ‘indemnities’ on the ghetto. The first time — 2 million rubles, 200 kilograms of silver and 10 kilograms of gold. The second time they demanded 50 kilograms of gold and silver from the Jews, and the third time even more. The robbery in the form of an indemnity was personally carried out by Gorodetsky with the forced participation of the Jewish Council and the Jewish police under a death threat.

Since the spring of 1942, many children in the ghetto were killed in gas vans, being grabbed and stuffed into cars right on the streets. On some days, such vans made several runs. 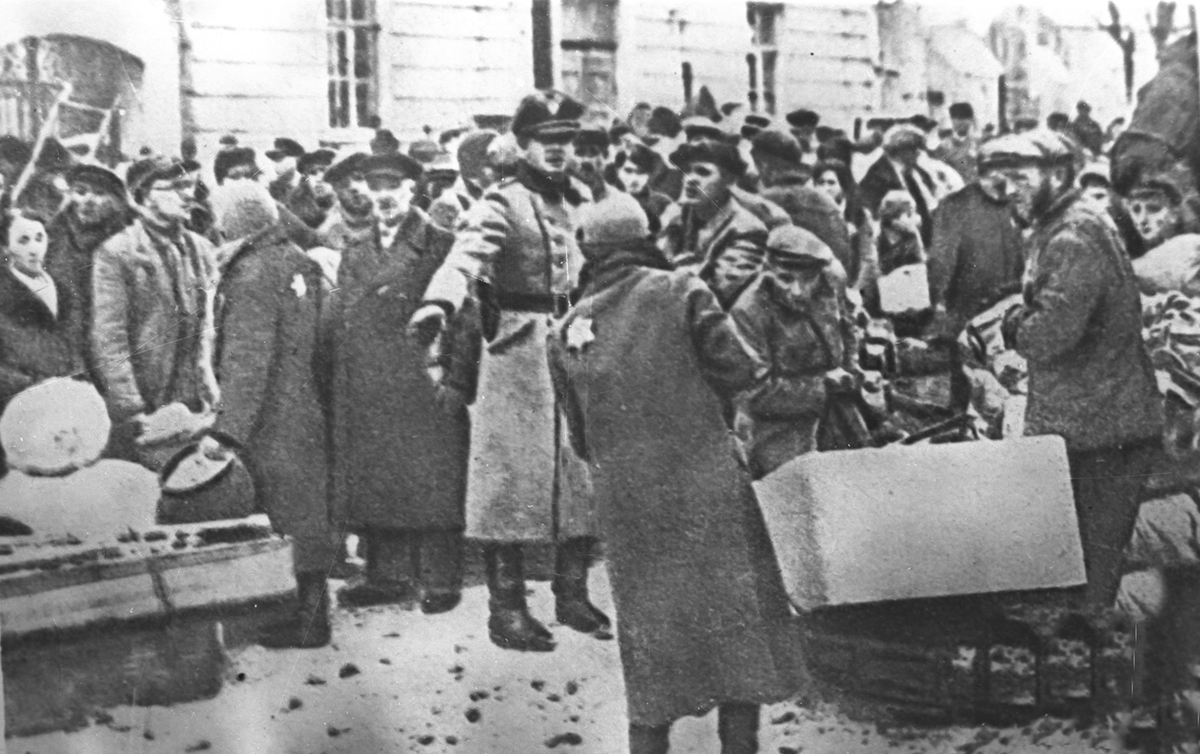 There were many day and night pogroms in the history of the Minsk ghetto. The mass murder (the Germans used the euphemism ‘action’) of the inhabitants of the ghetto who remained in their homes at a time when the able-bodied were taken to work was a common practice.
From August 1943 and almost until the liberation of Minsk in July 1944, camp prisoners in four gas vans were constantly taken to the Maly Trostenets extermination camp.

On the way to the camp, people died from exhaust gases, and their bodies were burned in Trostenets. About 20,000 people were killed in this way alone, almost all of them were Jews from the Minsk ghetto.

…Today, at least 127 people from Minsk have been awarded the title of Righteous Among the Nations by the Israeli Yad Vashem memorial institute ‘as a token of deepest appreciation for the assistance provided to the Jewish people during the Second World War.’
We must remember these names, as well as the names of the victims of the Minsk Ghetto and their executioners. Only in this way will we learn the right lessons from the history of the genocide that the Nazis perpetrated on Belarusian land.