Western pressure on Belarus is unacceptable – as stated by Sergei Rachkov, the Chairman of the Standing Committee on International Affairs and National Security of the Council of the Republic, BelTA reports 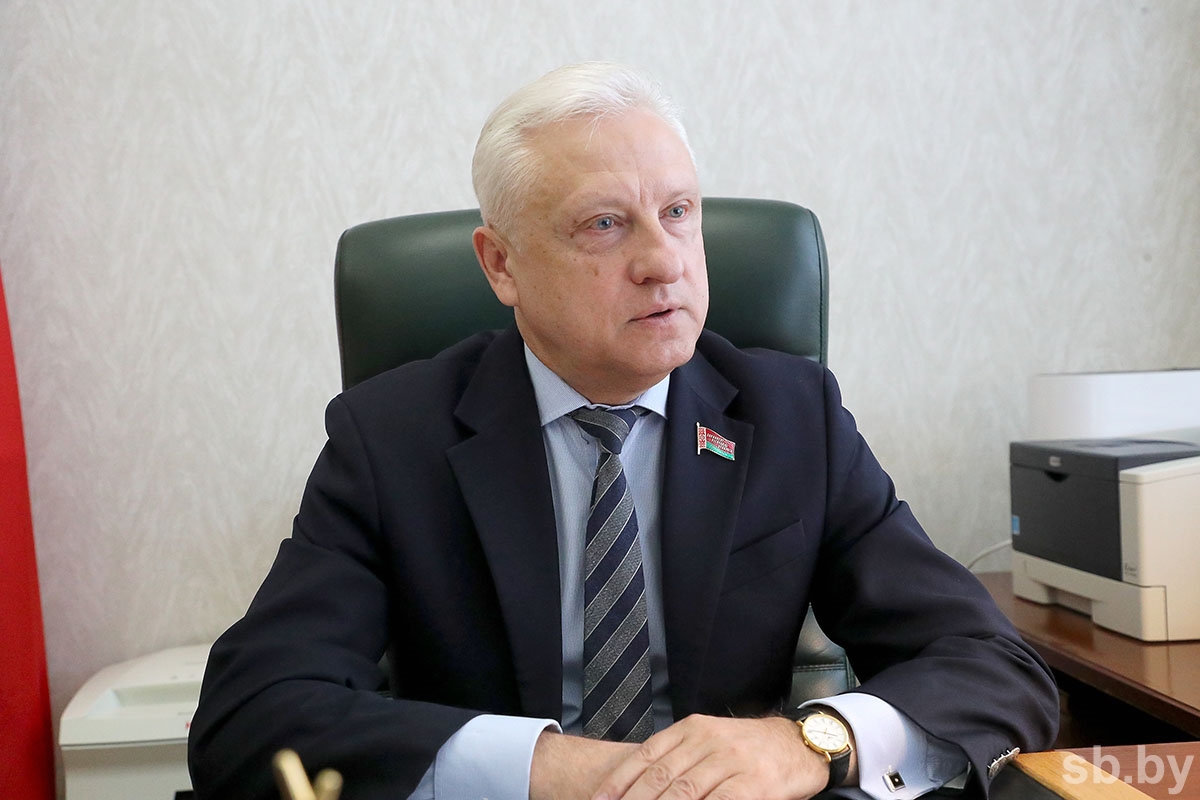 “During his speeches, the President gives very accurate assessments of the events taking place in the world. Unfortunately, these events also affect Belarus. We are still under very strong political, economic, and diplomatic pressure from Western countries. This is unacceptable pressure, it does not correspond to international law and, in particular, the UN Charter. Of course, the most dangerous development of the situation is around Ukraine. We are neighbours of Ukraine, and this problem cannot but affect the Republic of Belarus. On the one hand, there are a lot of speculations and manipulations of information regarding the involvement of the Republic of Belarus in the events in Ukraine. Meanwhile, the President of Belarus made everything clear a long time ago and continues to explain the position of our country. This position was also voiced from the high rostrum of the UN General Assembly by Belarus’ Foreign Minister Vladimir Makei. The information voiced is fully based on the analysis and information that is permanently presented by the President of Belarus,” Sergei Rachkov noted. “Actually, now the talk is about the use of nuclear weapons, but not by Russia. Russia claims to have its National Security Concept that clearly spells out when these weapons can be used. But the West is speculating on this topic, trying to present everything in such a way that Russia is ready to use nuclear weapons.”

The senator stressed that Western propagandists have been trying to attract Belarus to this topic lately. “There were statements by Aleksandr Lukashenko regarding nuclear weapons. It was clearly declared that if such weapons are deployed in the countries adjacent to the Republic of Belarus, meaning Poland, then Belarus, of course, will act together with the Russian Federation because we are building the Union State. We have adopted an updated Military Doctrine. That is, together with the Russian Federation we will respond to such, I underline, possible development of the situation,” the senator noted. “Therefore, today it is very important, to carry out purposeful and explanatory information work, and our state is doing that. On the other hand, of course, it is vital to strengthen our defence.”

“The President gave a clear answer to fakes in the information space, blogs, and social networks regarding mobilisation. We have defended and will continue to defend our country. But no mobilisation, no other extraordinary, emergency actions are expected. The Military Doctrine is being systematically implemented, and our Armed Forces are being trained. We are doing this together with the Russian Federation, with our CSTO allies, with the People’s Republic of China – those who are interested in ensuring peace and security, but not war,” Sergei Rachkov stated.