Belarus advocated a peaceful solution to the conflict in Ukraine, but the West did not provide assistance – as stated by Sergei Rachkov, the Chairman of the Standing Commission on International Affairs and National Security of the Council of the Republic, during his talk with BelTA YouTube channel 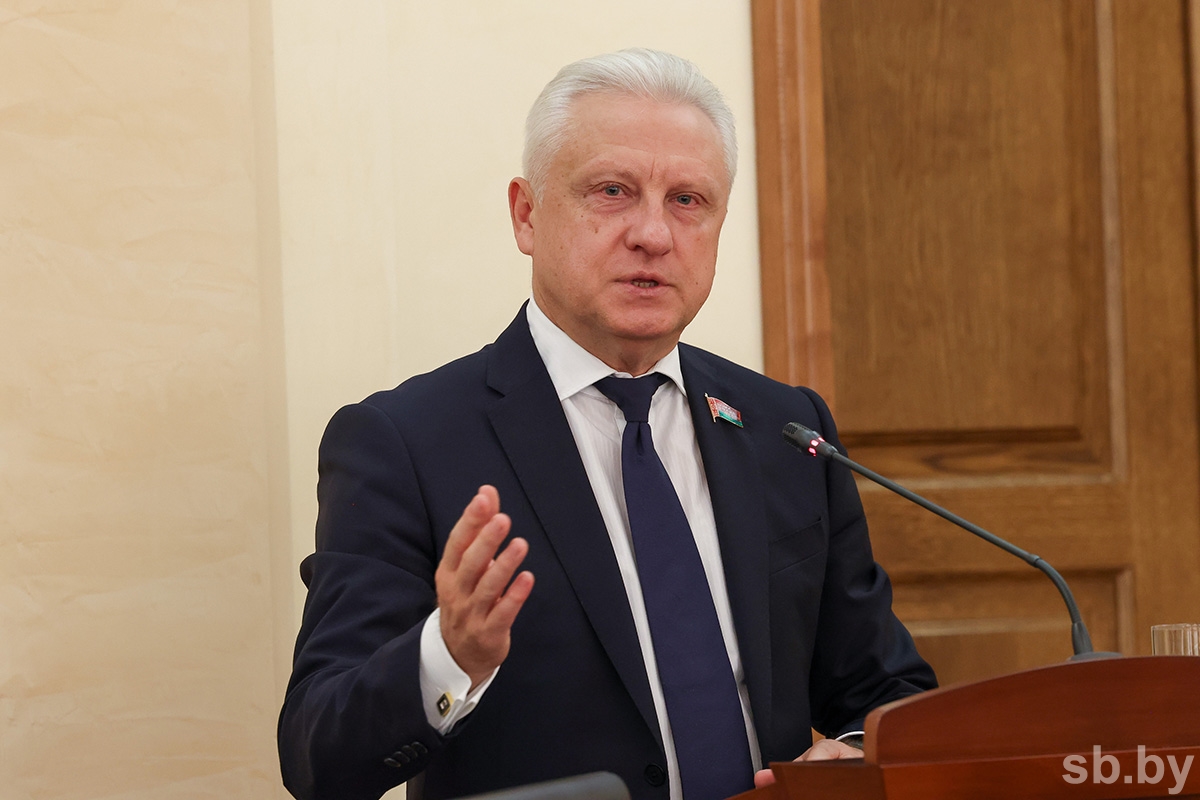 “The situation in Ukraine and around Ukraine is very difficult. We could take it more calmly in Belarus if the Ukrainian people were not a brotherly nation for us. Moreover, Ukraine is our neighbouring country. Today the whole world depends on the economy. Belarus is export-oriented, and we had a high trade turnover with Ukraine. At present, this topic is being considered in these three dimensions,” Sergei Rachkov said.

He noted that he deliberately put the human factor in the first place. “People are suffering from this situation, and today issues of blackout and electricity problems are being raised more and more often. Commenting on this situation, the NATO Secretary General does not support the actions of Russia. At the same time, he can be reminded of how the North Atlantic Alliance acted in Yugoslavia when its infrastructure was destroyed. This was explained by the fact that because of the presence of electricity, the country’s authorities and Slobodan Milosevic oppress the people and provide military resistance to NATO forces,” Sergei Rachkov recalled.

At the same time, the senator stressed that Belarus has always advocated a politico-diplomatic solution to this profound problem. “If we were not the initiators, we were the hosts of those negotiations that resulted in the conclusion of the Minsk Agreements. From the diplomatic point of view, this was a serious result. But the Western guarantors of these agreements stepped aside and did not provide any assistance in the implementation of these agreements. Gradually the situation has turned into a military confrontation, while ordinary people are suffering,” the Chairman of the Standing Commission on International Affairs and National Security is convinced.

The senator said that the President of Belarus actually managed to come to an agreement with the leaders of Russia and Ukraine in order to try to resolve the difficulties that had arisen within the framework of the negotiation process. “Belarus provided its territory for negotiations, and we had three rounds, which were quite successful. Unfortunately, the fourth round took place in Istanbul, and the peace process stopped. Ukraine received certain signals from its partners in Washington, London and Brussels, and this did not allow the peace process to continue,” Sergei Rachkov concluded.