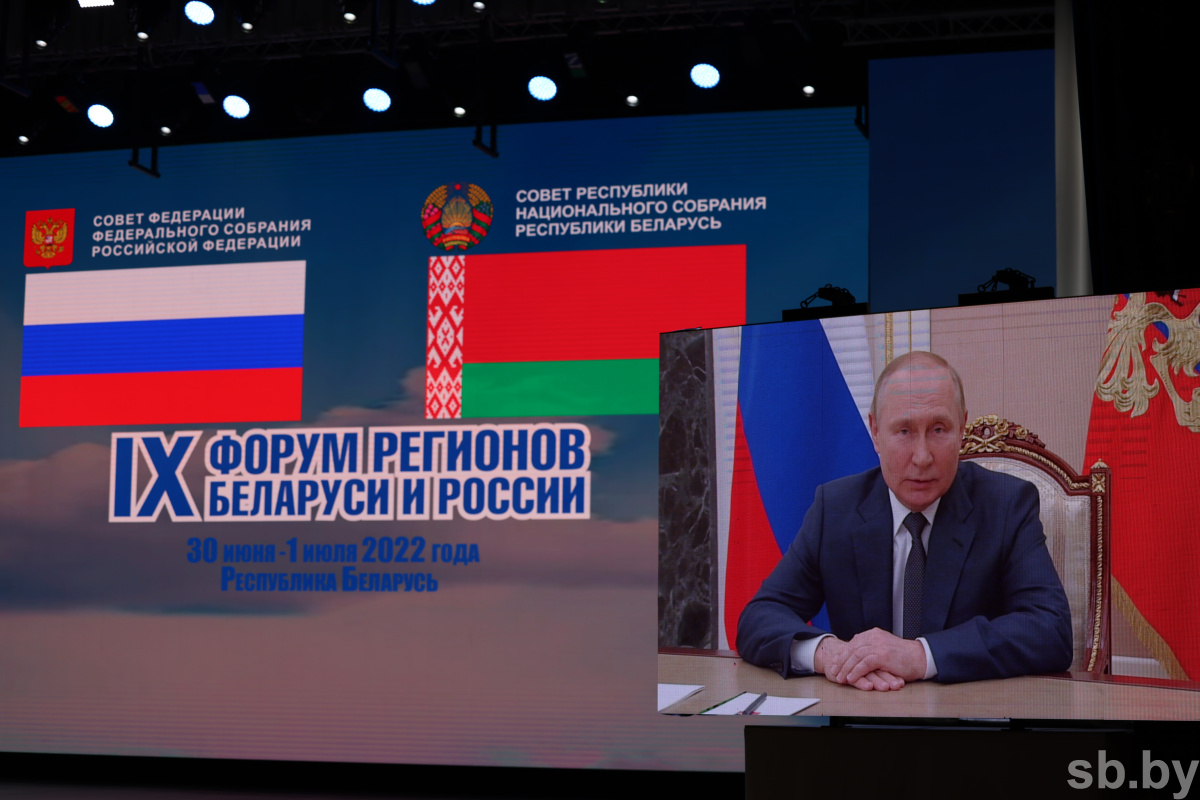 The Russian leader specified that together it is easier to minimise the damage from illegal sanctions, to master the manufacture of products in demand, to develop new competencies and to expand co-operation with friendly countries.

“In this context, we consider the launch of promising programmes aimed at industrial and technological renewal as a priority joint task. Russia is also ready to support the implementation of a number of Belarusian investment projects to set up new and modernise existing productions in Belarus and Russia,” Vladimir Putin said.

He stressed that further expansion of interaction in the high-tech sphere, where the country already has many examples of successful co-operation, is of particular importance. For example, this year, Rosatom plans to complete the construction of the Belarusian nuclear power plant in the Grodno Region, and Belarusian specialists will participate in the construction by Roscosmos of the facilities at the Vostochny Cosmodrome in the Amur Region.

The Russian President also said that Russia and Belarus intend to develop liaisons both in the field of agriculture and the supply of fertilisers and food to world markets, “During a recent meeting with Aleksandr Lukashenko in St. Petersburg, we discussed this issue in detail, including the conditions for using the transhipment capabilities of the Russian terminal in the Baltic Sea to export goods to foreign markets.”