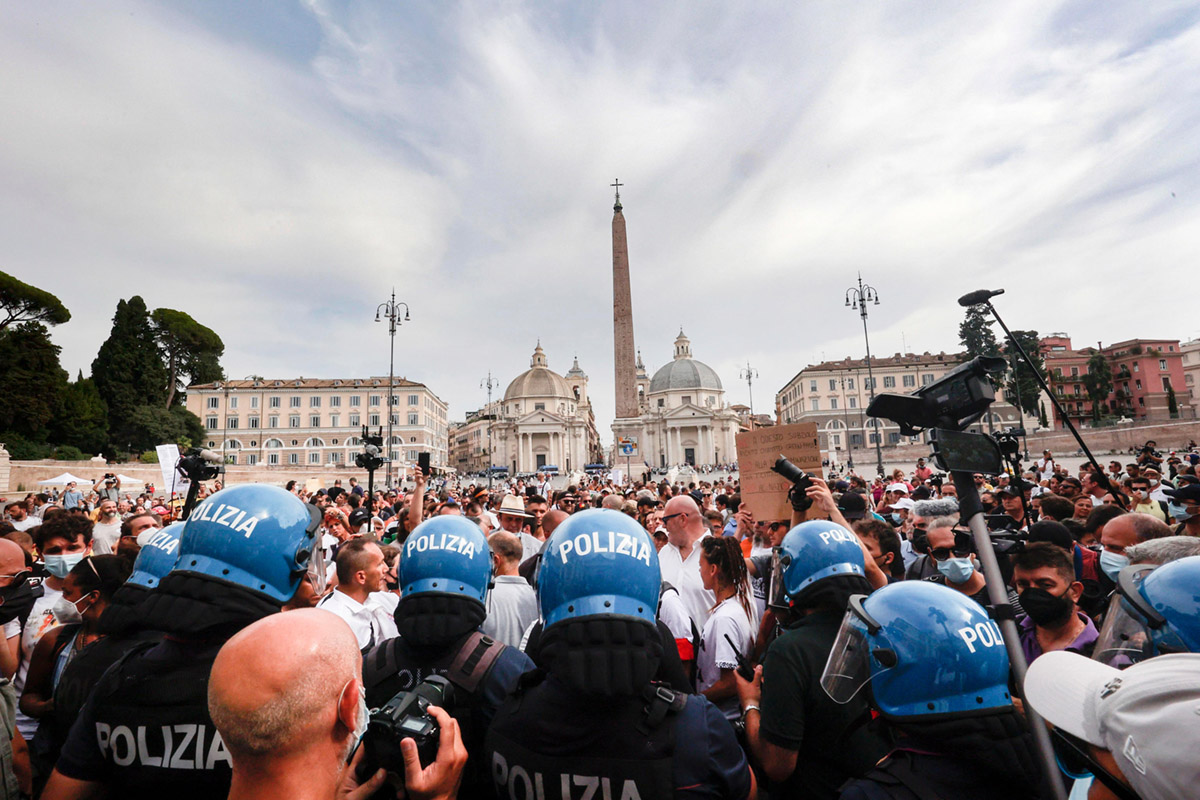 
Thousands of protesters packed Amsterdam’s streets in opposition to the government-imposed COVID-19 measures and vaccination campaign. Authorities were granted stop and search powers at several locations across the city and scores of riot police vans patrolled neighbourhoods where the demonstrators marched with banners and yellow umbrellas.
Meanwhile, an estimated 5,000 people turned out for a protest in Brussels, with protesters carrying banners decrying what they said was a ‘vaccine dictatorship’ and voicing anger over Belgium’s COVID pass requirement to enter restaurants, bars and other cultural events. Dozens of people were detained by police in Brussels.
In Prague, thousands of people demonstrated against a proposal to make COVID-19 vaccination compulsory for certain age groups and professions. Many in the crowd carried Czech flags while marching through the capital and chanting: ‘Freedom, freedom’.
Numerous German cities also saw protests, including demonstrations in Hamburg, Frankfurt, Düsseldorf and Koblenz. In the northern port city of Hamburg, over 13,000 people took part in the demonstrations, with some voicing anger over a recently passed vaccine mandate for people working in hospitals and nursing homes.
The Austrian capital of Vienna saw another weekend of mass protests, with some 40,000 people demonstrating against the government’s plans to implement a general COVID vaccine mandate.

Based on the material of www.theguardian.com