The Prosecutor General’s Office of Belarus and Belarusfilm National Film Studio will co-operate in covering the topic of the genocide of the Belarusian people during the Great Patriotic War, with a corresponding agreement reached at a meeting between Culture Minister Anatoly Markevich and Prosecutor General Andrei Shved at Belarusfilm Studio – as reported by BelTA with reference to the Culture Ministry’s press service 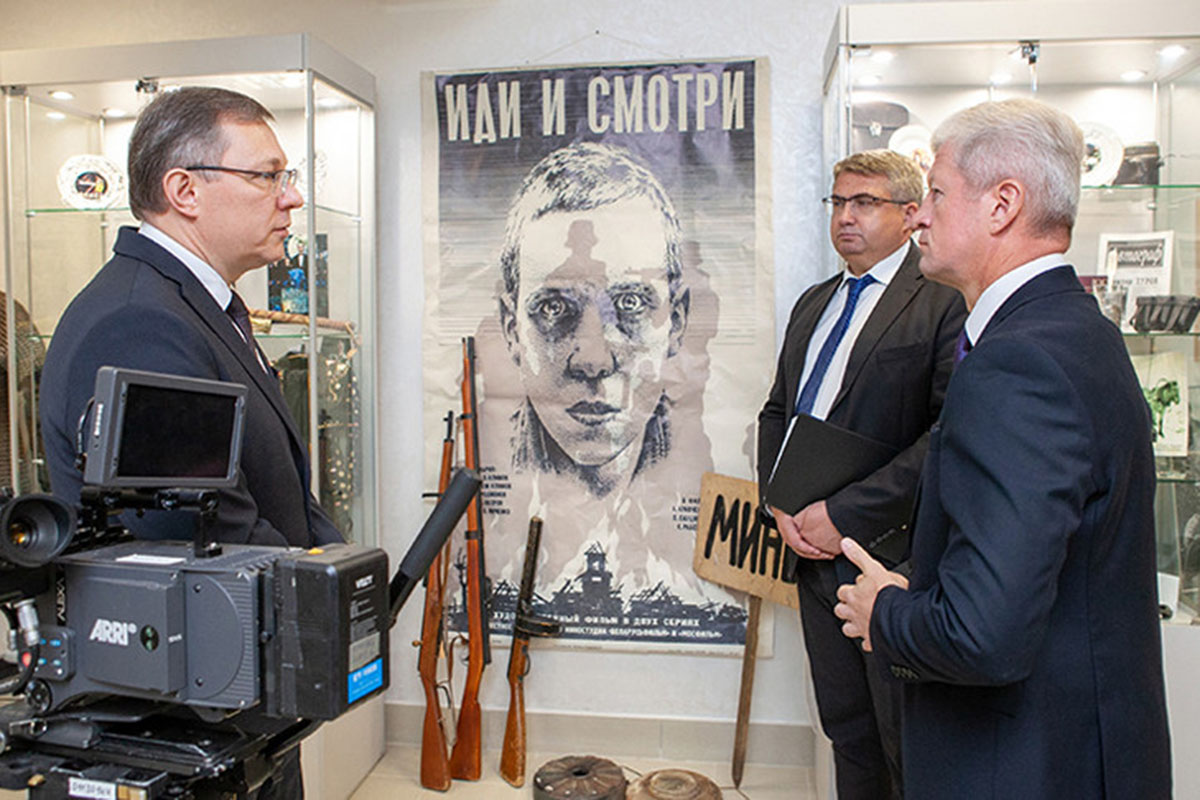 The Minister of Culture and the Prosecutor General got acquainted with the work of the film studio workshops. Together with Belarusfilm’s Director General Vladimir Karachevsky they discussed the production of films, alongside the work on a national project under the working title ‘We are United’.

“The joint plans of the Prosecutor General’s Office and the film studio include interaction in covering the topic of the genocide of the Belarusian people during the Great Patriotic War and covering the life of compatriots in Western Belarus after the conclusion of the Riga Peace Treaty,” the press service commented.

The Culture Ministry also drew attention to the importance of preserving historical memory and preventing distortion of history.