Details of the 14th Eurasian Economic Forum in Verona – scheduled for October 28th-29th – are already available. Its participants will discuss a wide range of practical and topical issues in the field of economics and finance, healthcare, ecology, energy and technological innovations in Greater Eurasia which are united this year by the global theme: Eurasia on its Path to a New Geopolitical, Social, and Economic Order: Transition to a New, Human-Centred Economy – as reported by the Roscongress Foundation. 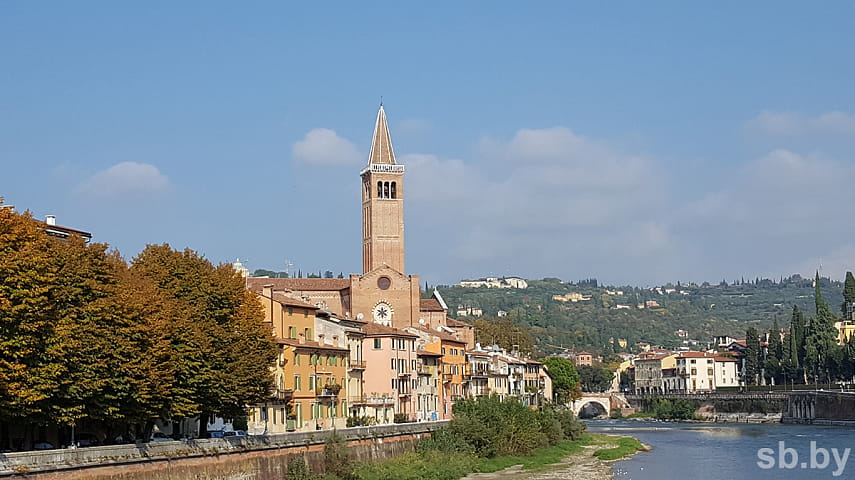 The Verona Forum will be held in person, with only a few speakers joining via video link.

The two-day international meeting will open with a special session – Structural Changes in the Economy and Future of Energy – which will feature Igor Sechin, the Chief Executive Officer of Rosneft PJSC, with a report.

As informed by the Verona Forum organisers, the first day of its business programme will be dedicated to discussing energy transition, the closed-loop and green economy. On the second day, participants will discuss consequences of the pandemic for banks and the financial sector, technological innovations and digital transition, as well as the role of the pharmaceutical industry in the modern economy. Debates on overcoming the neoliberal model are also planned.

The event will bring together businessmen, diplomats, heads of Russian and Italian business and public organisations, and major public figures – as is traditional. Among its participants there will be the President of the Foundation for Worldwide Co-operation and Italy’s former Prime Minister (1996-1998, 2006-2008) – Romano Prodi, the Chairman of the Board of Directors of Rosneft and the former Chancellor of Germany – Gerhard Schroeder, the Minister of Foreign Affairs of Qatar – Mohammed Bin Abdul Rahman Al Thani, the Minister of Petroleum and Natural Gas of India – Hardeep Puri, the Member of the Board (Minister) for Trade of the Eurasian Economic Commission – Andrei Slepnev, the Adviser to the President of the Russian Federation, the Chairman of the Presidential Council for Civil Society and Human Rights – Valery Fadeev, the Chairman of the Human Rights Commission under the President of the Republic of Kazakhstan, the Deputy Executive Director of the Elbasy – Kazakhstan’s First President’s Foundation – Igor Rogov, the President of the General Confederation of Italian Industry Confindustria – Carlo Bonomi, and others.

"The Eurasian Economic Forum emphasises the necessity to subordinate economic growth to the needs of society, to achieve greater social equality and a development model that puts a person in the spotlight. It is important to overcome the neoliberal economic model and focus on the economy that considers limited resources of our planet. The recent two years have taught us that economic development, social and environmental well-being must go hand in hand. For two days in Verona, those of great international authority will discuss how the East and the West can work together to overcome the current geopolitical and economic situation," the President of Conoscere Eurasia and the Chairman of Banca Intesa, Professor Antonio Fallico, asserts.

In turn, Alexander Stuglev, the Chairman of the Board and Chief Executive Officer of the Roscongress Foundation, notes, “Despite difficult conditions and sanitary restrictions, we observe a consistent interest in the topic of Eurasian partnership. For example, guests of the St. Petersburg International Economic Forum held in June took an active part in discussions, while showing interest in establishing ties and developing partnerships on this territory. This definitely confirms enormous importance of the space from the Atlantic Ocean to the Pacific Ocean for international politics and economics. I would like to note that, this year, the Verona Forum programme is not only rich in sessions and panel discussions but also features many participants whose authority is growing year in year out – turning the forum into a major international discussion platform.”

The Conoscere Eurasia Association, the Roscongress Foundation and the St. Petersburg International Economic Forum act as the 14th Eurasian Economic Forum organisers, while the Association of European Businesses and the Russian Union of Industrialists and Entrepreneurs are its co-organisers.The Roscongress Foundation is a socially oriented non-financial development institute, the major organiser of international, congress, exhibition, business, public, sports and cultural events. It was established in 2007 to promote development of economic potential and national interests, and to strengthen Russia’s image. The Foundation comprehensively studies, analyses, forms and highlights issues of the Russian and global economic agenda. It ensures administration and promotes business projects and investment attraction, while contributing to development of social entrepreneurship and charitable projects.