A clear roadmap will be prepared in the country to address housing issues for military personnel, and the topic has been discussed today at the Palace of Independence, with the President’s participation 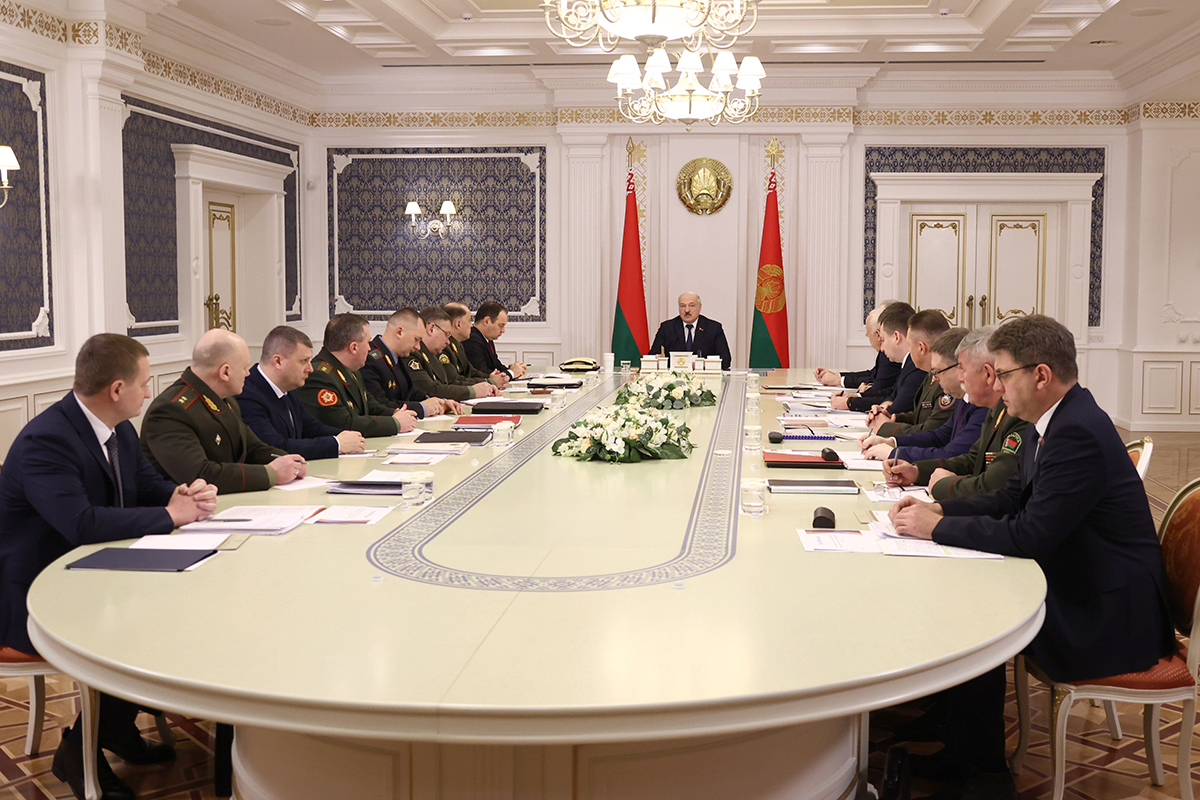 Addressing the meeting participants, Aleksandr Lukashenko stressed the main task, “We will now build a clear roadmap, our plan – so that people understand what the state will do to solve their housing problems.”

The President noted that the Government primarily offers rental housing, “Such service flats not only encourage to prolong contracts, but also provide an opportunity for staff rotation. After all, the military often relocate due to new places of their service.”

The Head of State recalled that the rent for such apartments has already been set with a decreasing coefficient, “This practice should continue. This is right. Actually, we need to primarily give people firm confidence in the future.”

The President stressed that rental housing is owned by the state, so clear rules are needed. “People should be allowed to live there while they are serving. After the required number of years of service – for example, 25 which meets the established practice – passes, the state should notify this person in advance that, after 25 years of service, when he retires or leaves for some objective reasons, the apartment he lives in is given to him for free or informs him on whether he should pay three percent, or the residual value. I think we need to make a radical decision on this issue,” he commented.

The Belarusian leader also drew attention to the tense situation and to the fact that the military should be ready for anything, but at the same time they should have confidence that their family will have accommodation. “It is an outrage when a military man dedicates himself to the country but has to wander around the city or the country in search of some corner for life, being unaware of what will happen to him tomorrow. Meanwhile, I would like to stress that we should act with our capabilities in view. The economy is fundamental,” he said.

In this regard, Aleksandr Lukashenko added that it is necessary also to consider a possibility of purchasing such housing into ownership at the legislative level, “Servicemen should be sure that, after the end of their service, they will be provided with this housing.”

Along with construction of new rental houses, additional measures have been discussed today to improve the situation with housing for the military.