President’s merch may go on sale in Moscow, stated the Chairperson of the Bellegprom Concern, Tatiana Lugina, in an interview to the MIR24 TV channel – BelTA reports 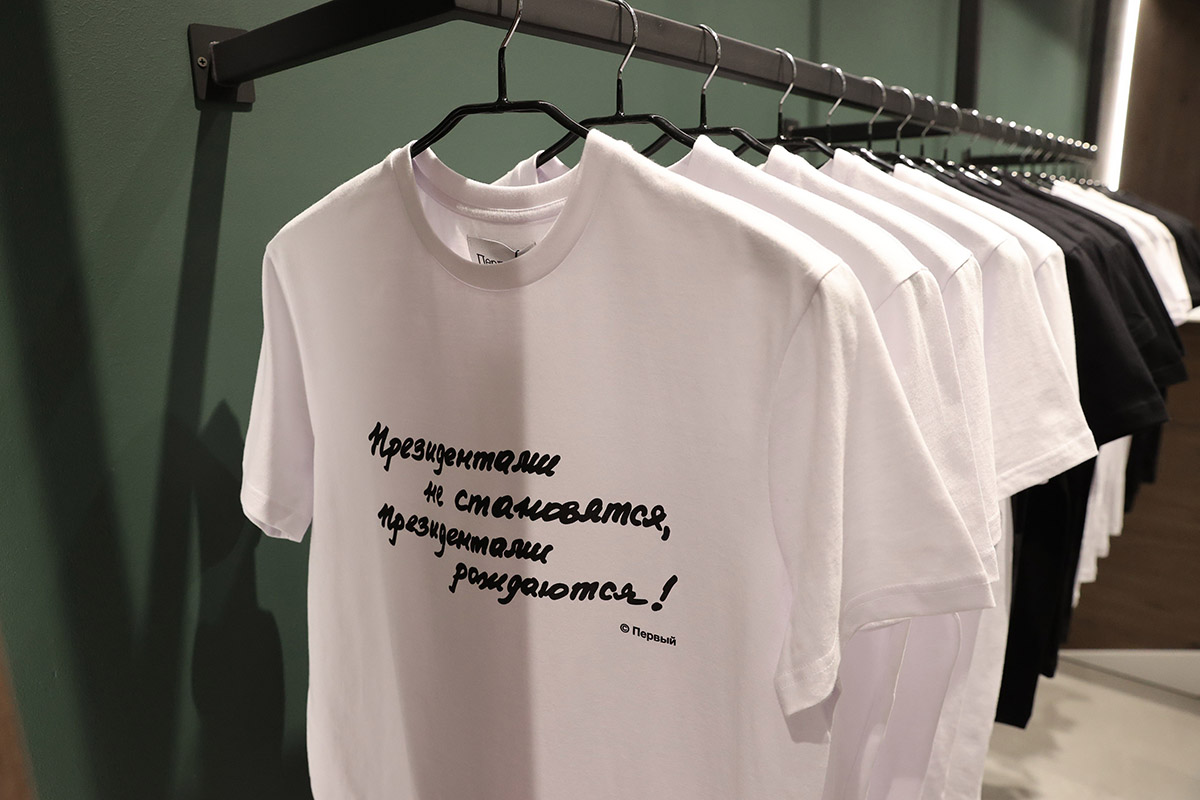 Answering the question whether it is planned to open stores with the president’s merch in Russia or other CIS states in the future, Tatiana Lugina said, “As far as the opening of stores in Russia is concerned, the issue was discussed. And so far, we seem to have settled on the idea that it makes sense and expediency to consider our embassy building in Moscow.”

The Head of the Concern is confident that these items will arouse interest among foreign buyers.

“We already receive calls today, including from our Russian colleagues. Some ask regarding individual orders while others are even interested in some wholesale purchases, although we don’t talk about it,” she said.

Tatiana Lugina also answered the question whether it is planned to expand the network of stores with the president’s merch in Belarus, “In order to efficiently go to the regional centres, it is necessary that the coordinate system be clearly built on the basis of Minsk. There is a whole philosophy here. This is also part of the image, the image that you want to keep, so that it was not a mass market product. We don’t have such a goal.”

According to the Chairperson of the Bellegprom Concern, when the store was just opening in Minsk, it was difficult to clearly imagine how popular and in demand these products would be.

“Meanwhile, the demand is constant. There was a colossal demand during the first weeks and holidays before the New Year, the Christmas holidays,” she said. “During the first days of the opening people did not believe us, saying that we had brought all these people in order to take a good picture. But we see that a week passes, two and three weeks pass, and people come to us every day. We have sales every day.”

Tatiana Lugina said that it is difficult to say exactly clothes with which quote of the President of Belarus, Aleksandr Lukashenko, are more popular. According to her observations, many people like the phrase ‘Get undressed and work’. The quote ‘Don’t give away your beloved’ is also popular. Not everyone associates it with Belarus, although the message was just that, but young people often correlate this with their girls.

“As far as the law enforcement agencies are concerned, they like ‘Facts on the table’. Russians, especially Russian journalists, are also keen on this phrase. Russian tourists, whom we saw here during the New Year’s holidays, took, probably, not so much for the phrase itself, as for the portrait of the President. Foreigners often take because of the portrait. They are even proud, saying that they will wear it at home and when visiting our country,” said Tatiana Lugina.

However, as far as the exclusive line of merchandise with the phrase ‘Choke on your sanctions’ is concerned, it is not yet a fact that it will appear on a wide sale. Its owners were media workers who fell under western sanctions. Such a gift was presented to them during a reception at the Head of State.

“We’ve already discussed this in general. There is now an opinion poll on whether it is worth launching it into mass production. If there is a request for this phrase, then we will consider it. But, perhaps, it will remain in the exclusive,” explained the Chairperson of the Concern.

Nevertheless, the range will be surely expanded, “The most important thing is not to overdo. Everything should be concise, precise, and intelligent. Because our President is quite a modest person. We shouldn’t go beyond any limits. Now we are working on an assortment that will be appropriate during the spring-summer period: caps, lightweight quilted jackets – without a hood.”

We also asked Tatiana Lugina whether there will be bags with merch. “I can’t say that they will appear tomorrow but many assortment positions are currently under discussion,” she concluded.