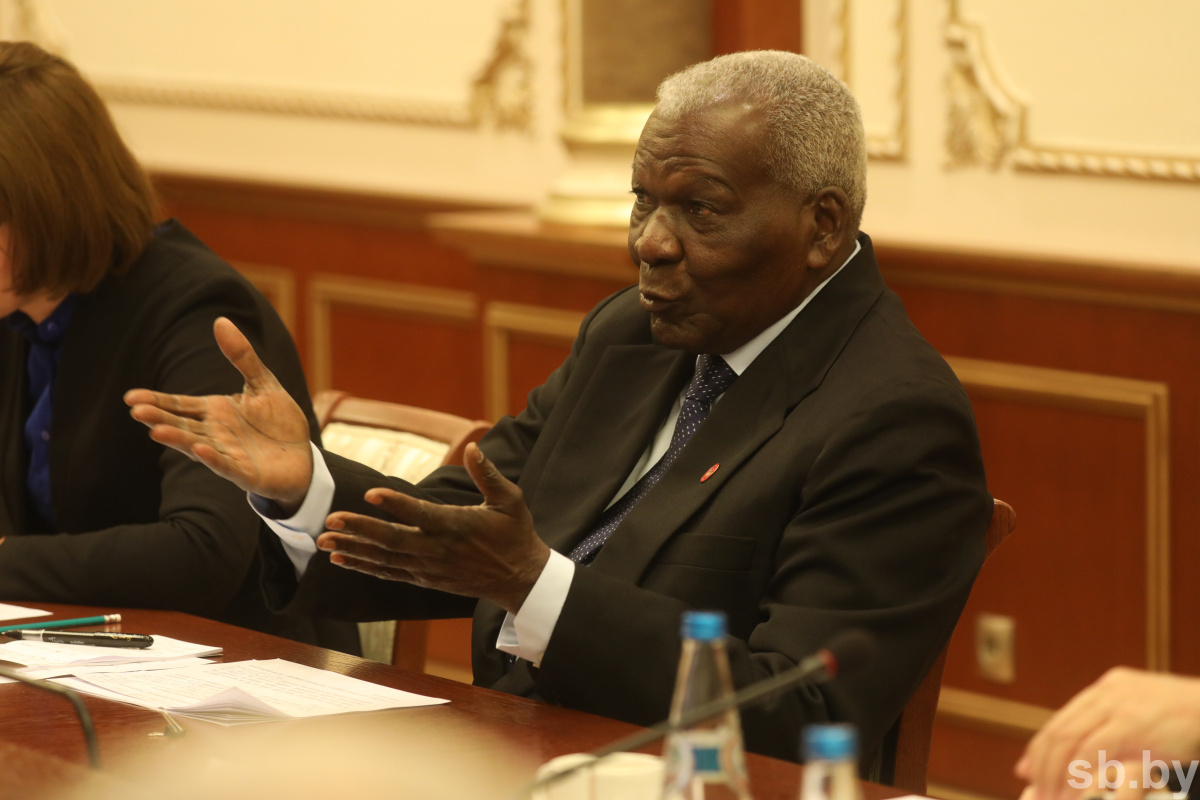 He said that during the Cuban revolution he was engaged in agriculture through the party. Since that time, he knows about Belarusian tractors, as well as Belarus-made MAZ vehicles.

“BELAZ trucks, which are still working at our mining sites, are from Belarus. Many of these machines have been stopped because they are left without spare parts. We must continue to work on this topic,” the representative of Cuba urged.

The speaker recalled that this year Belarus and Cuba are celebrating the 30th anniversary of the establishment of diplomatic relations, and they should achieve concrete victories and results. 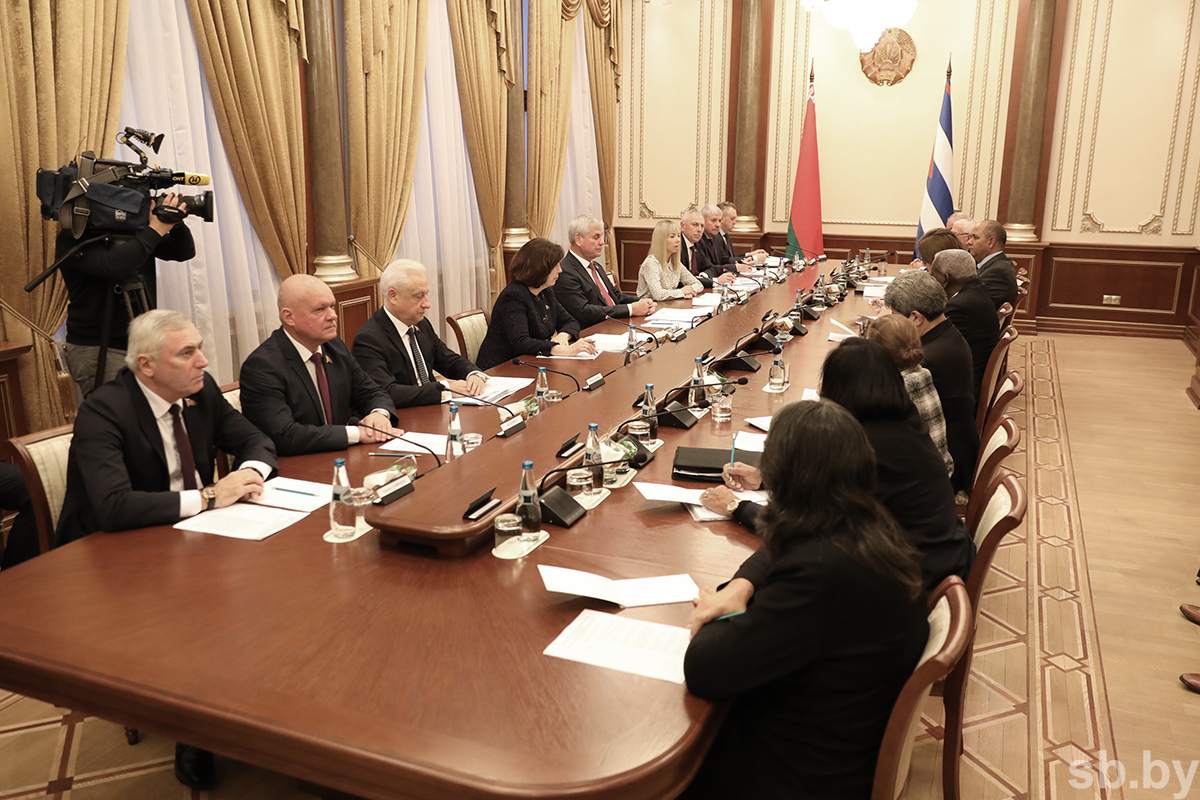 “Belarus and Cuba are united by indestructible bonds of friendship, based on a very solid foundation since the days of the Soviet Union. Yesterday I visited the monument that was unveiled to Fidel in Moscow. I would say that this is also a monument to the friendship that Fidel founded between Cuba and the USSR. Fidel was the main person who laid down and developed these relations.”

Speaking about inter-parliamentary relations, the President of the Cuban Parliament noted that the political dialogue is at a good level, “Our legislatures should do everything in their power to increase our co-operation. We have potential from both sides. There’re big prospects in healthcare, industry, medical and pharmaceutical industry. There are two-sided documents. You are an example of what we can achieve in agriculture, industry, science, technology and tourism. We have many areas where there is potential for work.” 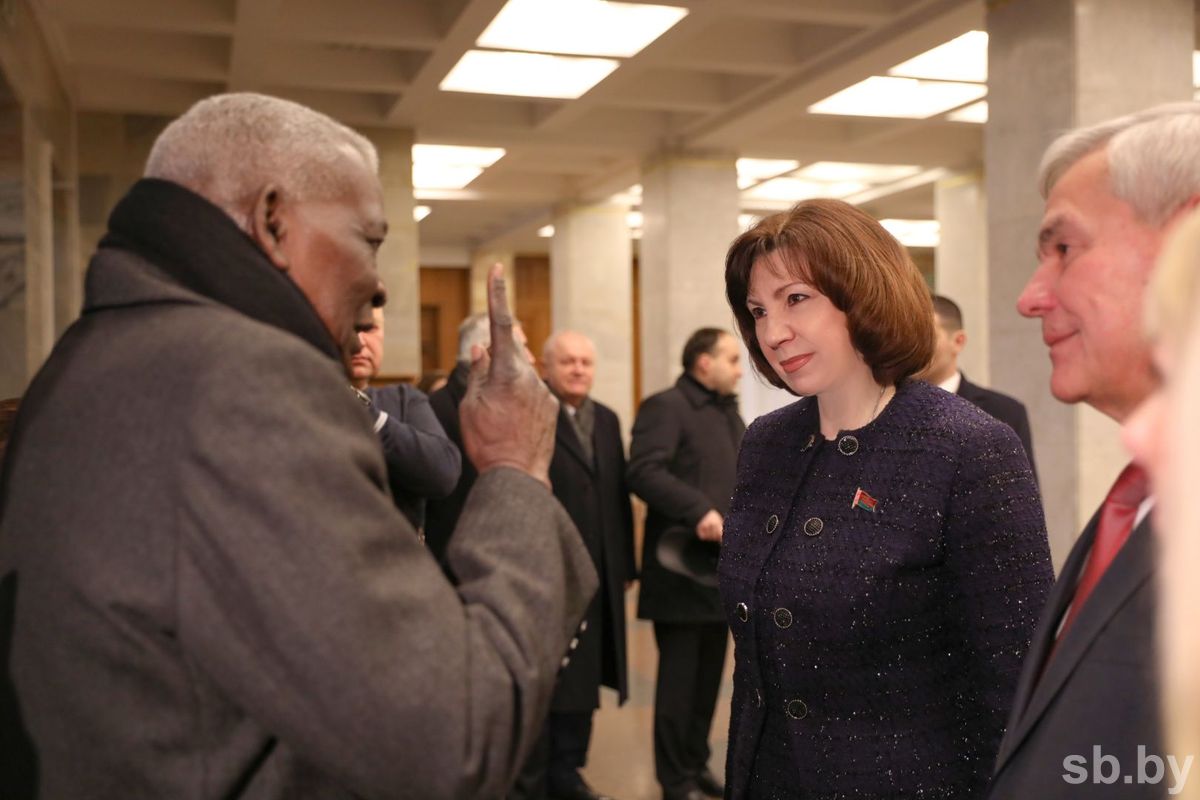 The speaker recalled that issues of multifaceted interaction were discussed during Cuban President Miguel Diaz-Canel’s visit to Belarus, “During the visit, President Lukashenko noted, speaking about bilateral relations, that there is no need to invent anything new. The economies of our countries do not compete but can complement each other. We need to put into practice the agreements that we have reached.”