Viktor Lukashenko, the President of the National Olympic Committee (NOC) of Belarus, has held today a working meeting with Governor of the Primorsky Krai of the Russian Federation Oleg Kozhemyako – with details reported on the NOC website 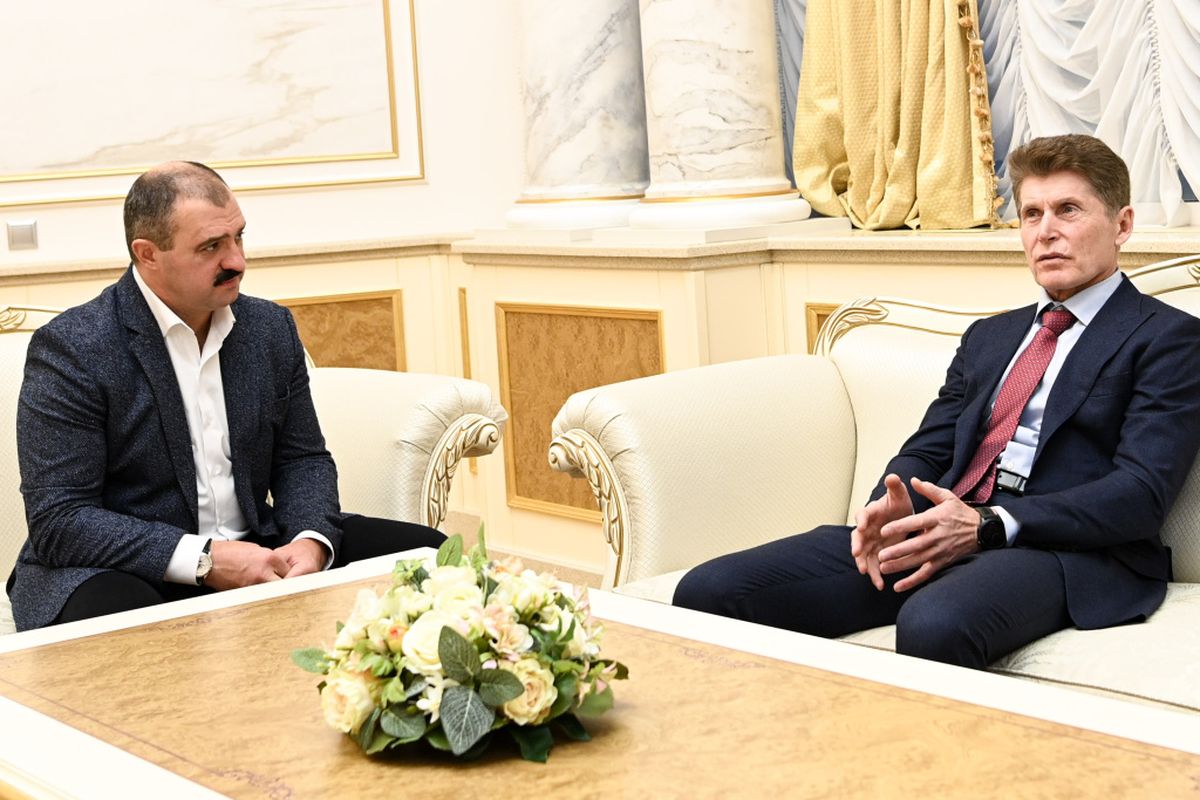 Viktor Lukashenko greeted Oleg Kozhemyako at the NOC of Belarus, where the meeting was held. “Here we hold events that are significant for the national Olympic movement and sports, communicate with athletes and functionaries, and provide an opportunity for all sports organisations to implement their projects. As we say: the doors of the NOC are open to everyone,” said Viktor Lukashenko.

Oleg Kozhemyako thanked for the invitation and the opportunity to visit the NOC, as well as to get acquainted with the sports and tourism potential of our country.

“I’m greatly impressed by Minsk’s sports infrastructure. We will take much as a basis for us,” the Primorsky Krai Governor noted. 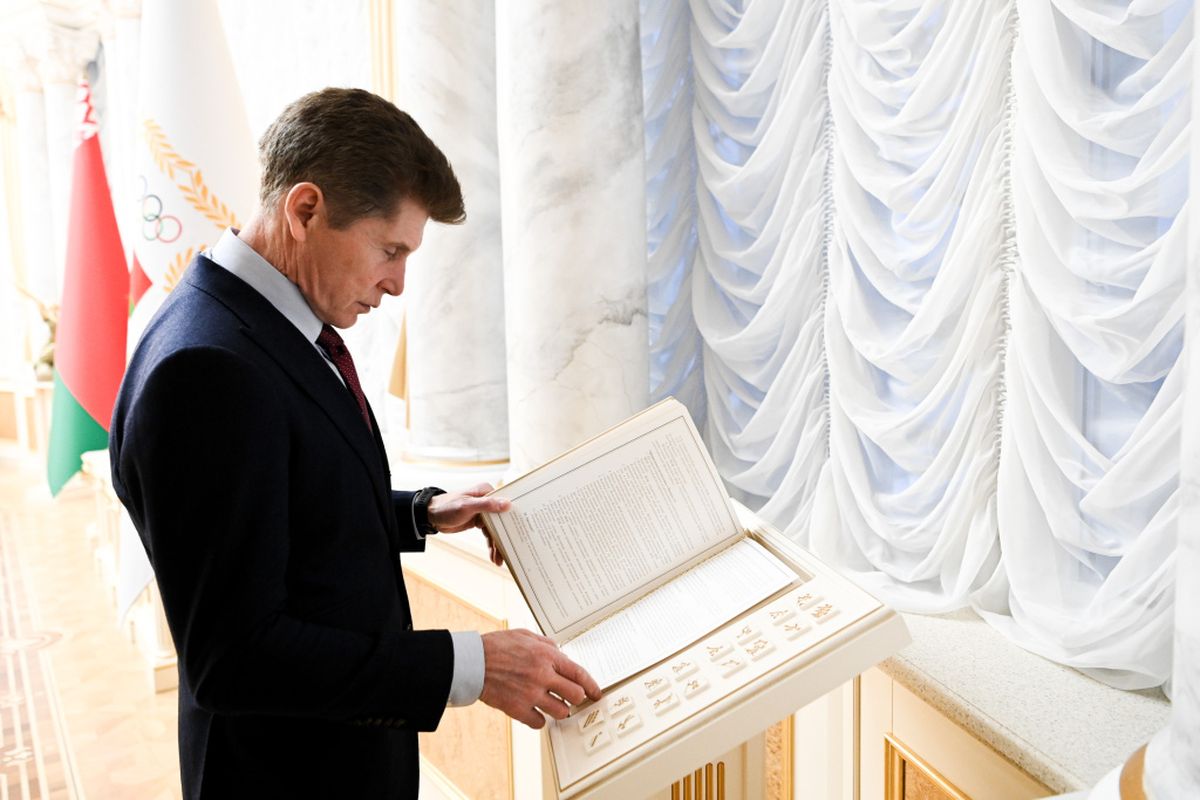 Oleg Kozhemyako also stressed that the region is interested in Belarus’ experience in the sports industry. “We have already noted at our meeting in Vladivostok this September positive changes in co-operation in this direction. I think that thanks to active interaction across all levels, we will continue to be able to implement large-scale projects, thus uniting our athletes,” he said.

It is reported that Oleg Kozhemyako asked about the number of sports in which Belarus was represented at the Olympic Games. “The Primorsky Krai Governor also wondered about this season’s readiness of the ski slopes and was pleasantly surprised that the Raubichi Republican Centre for Olympic Training in Winter Sports is already actively welcoming all those wishing to go skiing,” the NOC said.

Viktor Lukashenko and Oleg Kozhemyako noted the importance of active collaboration between Belarus and Russia’s Primorsky Krai in sports for the dynamic development of the Union State relations.