On December 3rd, the ice hockey team of the President of Belarus has achieved the second victory in the matches of the 16th National Amateur Ice Hockey Tournament for the Prizes of the President’s Sports Club, BelTA reports 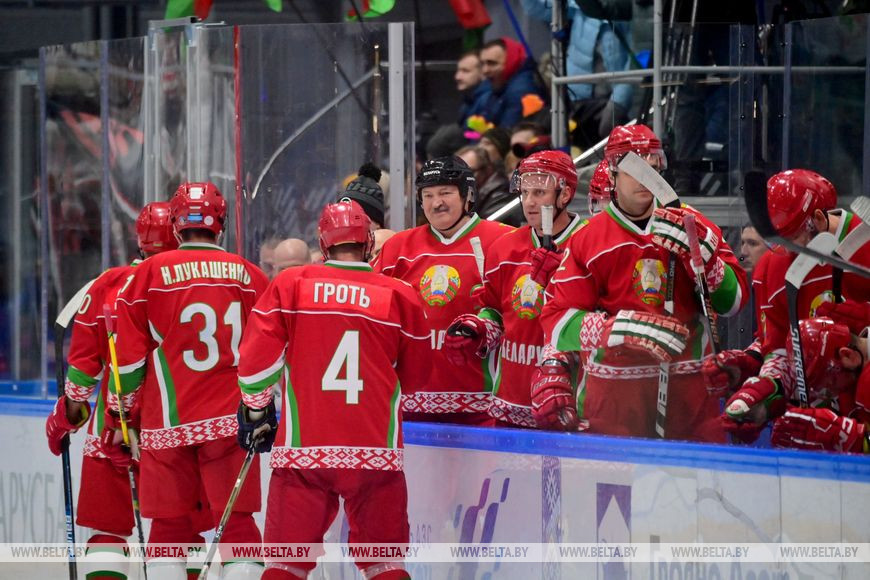 After a draw with the Minsk Region hockey players (1:1) in the previous meeting, the President’s team was determined only to win. However, in the first period, the guests held back the pressure of their opponents for a long time, but in the 14th minute Nikolai Lukashenko still managed to open the score. After this goal, the advantage of the hosts became overwhelming, and soon Artem Karkotsky, Andrei Kostitsyn and Artem Antonenko scored three more goals. In the second period, the captain of the President’s squad, Oleg Antonenko, effectively hit the Gomel team’s net twice in a row, while 17 seconds before the second break, Pavel Musienko won back one goal. In the final third of the match, Nikolai Lukashenko scored twice, while Andrei Kostitsyn, who was assisted by Aleksandr Lukashenko, and Artem Antonenko also scored each. Among the Gomel Region players the pucks were delivered by Dmitry Sayapin, Yevgeny Kuntsevich and Yuri Korenevsky. 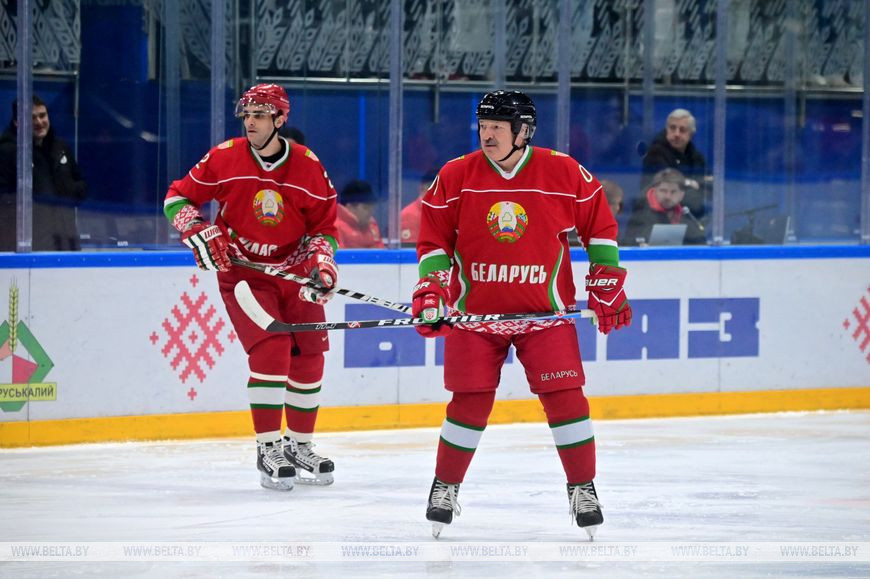 Gomel goalkeeper Vladislav Dzyubenko and forward of the President’s team Nikolai Lukashenko, who scored a hat-trick, were recognised as the best players of the match. Еру prizes were presented to them by Chairman of the Minsk City Executive Committee Vladimir Kukharev.

As is traditional, during the breaks of the hockey match, the audience saw the performances of Belarusian pop singers. Moreover, the most active fans took part in contests directly on the ice, the winners of which were awarded prizes from the President’s Sports Club. Other fans were not left without gifts either: immediately after the game they received dozens of toys from the President’s team players. 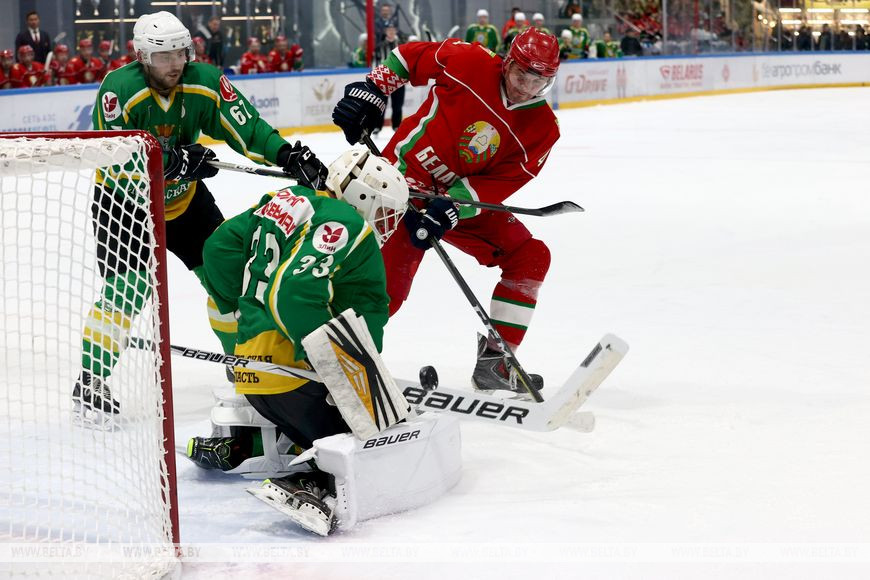 After this victory, the ice squad of the President of Belarus boasts 5 points, while players from Minsk and Gomel regions are two points behind.

The first stage of the tournament will complete in March 2023, after which the top four will continue to fight for awards in the playoff matches. 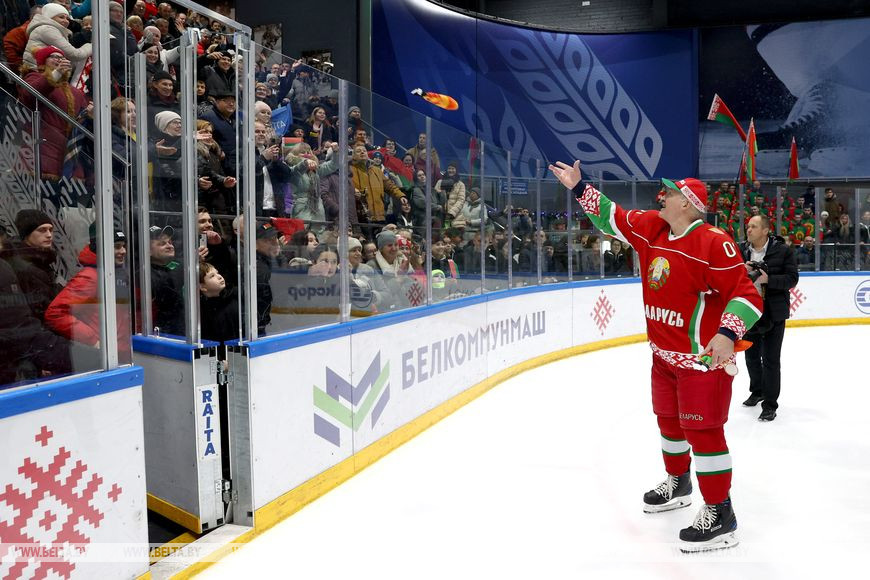 The ice hockey team of the President is a 13-time winner of these competitions, with hockey players from the Gomel and Minsk regions also claiming one title each.

The national amateur ice hockey competitions are organised by the Presidential Sports Club, the Sports and Tourism Ministry, and the Minsk City Executive Committee. 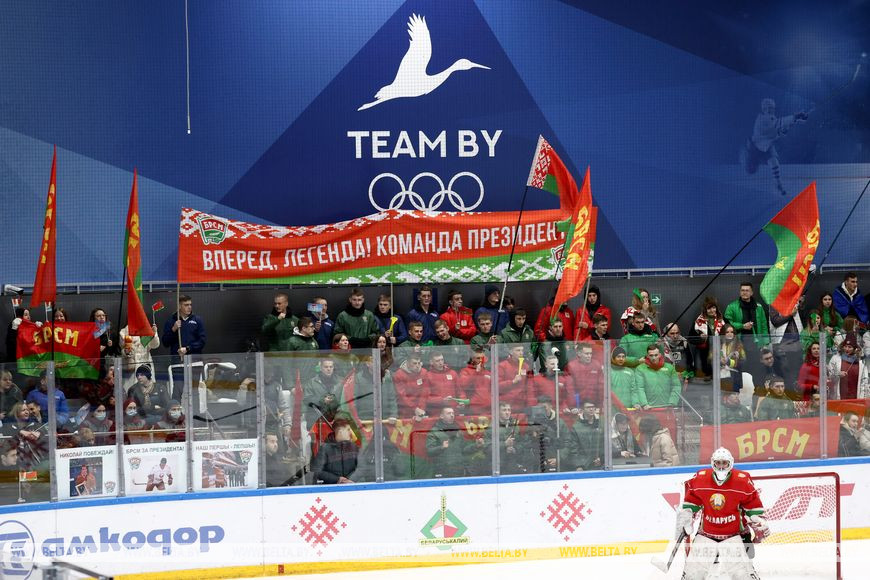