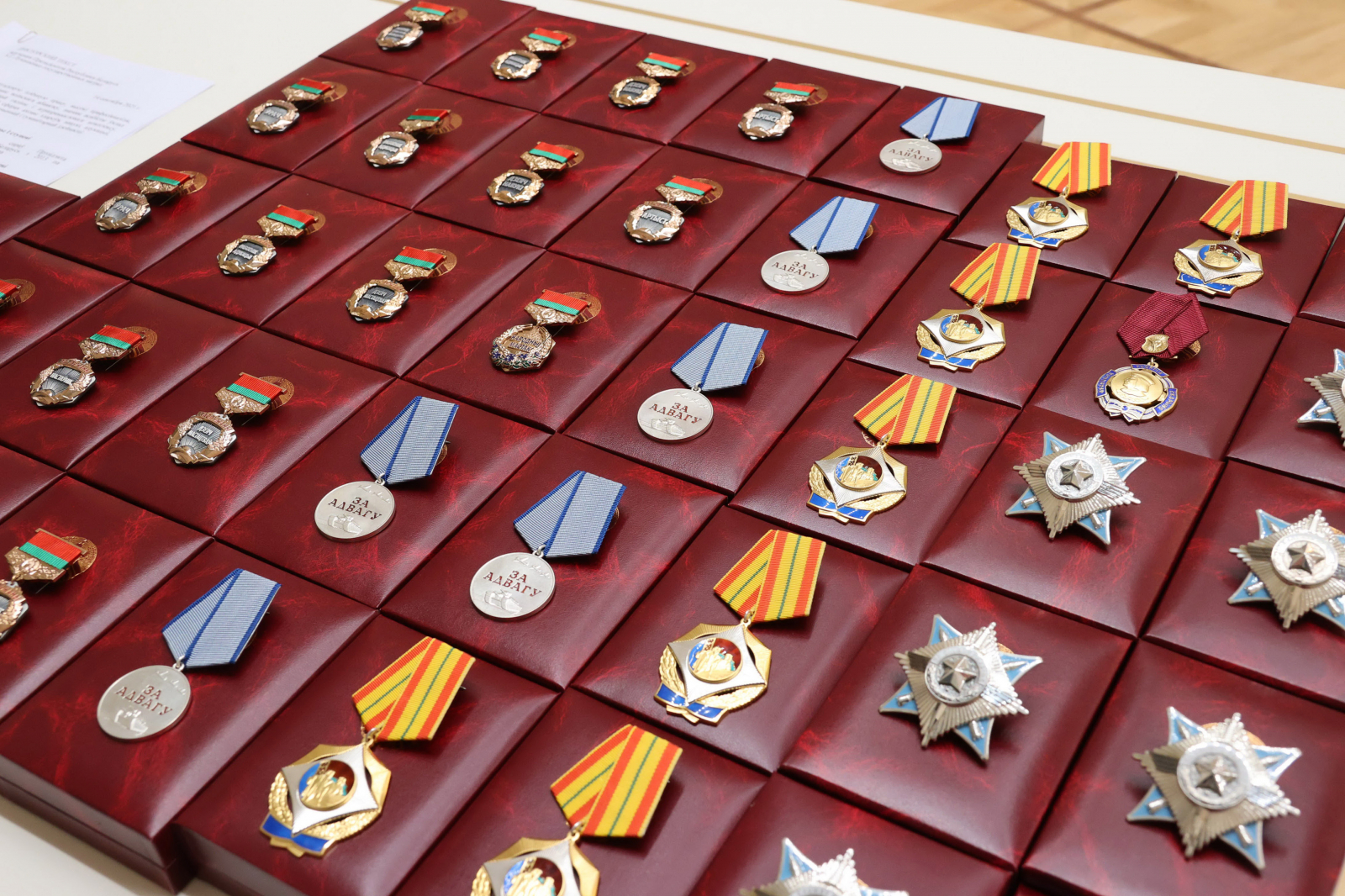 Addressing them, Aleksandr Lukashenko noted, “I’m happy to see all of you here, especially today, on the eve of the important political event: the Address to the Belarusian People and the National Assembly. You represent various spheres of life, different regions of our country. It is pleasant that there are also those in this hall who came from abroad. In their hearts these people are true Belarusians.”

The Head of State emphasised, “We are peaceful and hardworking people. We look to the future with optimism because we know for sure: everything we need is in our hands. Your achievements are the clearest proof of this. Almost each of you is supported by a friendly labour team, where, I am convinced, new professionals are being brought up, whom we will certainly see in the future, including here.”

Aleksandr Lukashenko noted that there are people in the hall who came to medicine at the behest of their souls, “Today, the Belarusian healthcare not only holds the viral blow, but also continues to provide planned assistance across all areas. You probably hear that in the neighbouring countries, and in other states, with a serious rise in viral diseases today, planned assistance is cancelled as much as 3-4 weeks. With such doctors who give their hearts and work for the sake of the recovery of our people, we are not afraid of anything.”

The President also expressed special gratitude to scientists, “Your developments in various fields enable us to introduce the latest technologies and to successfully compete in the market. Special words of gratitude are also addressed to teachers who lay a fertile foundation of knowledge on which highly qualified specialists will grow.”

The Head of State warmly welcomed the people who chose the preservation of historical memory and the development of culture and art of Belarus as their professional paths, “They help us not to break away from our native roots, making a truly invaluable contribution to the spiritual code of our people.”

Aleksandr Lukashenko also expressed the words of gratitude to the Belarusian agricultural workers, “These are modest and hard-working people, who feed our country with their work.”

The President underlined that all of the above well-being is possible only in a state where peace and harmony reign, “They are like air. When they are, you don’t notice them. Among those awarded today, people in uniform are widely represented, who protect the state border, the security of the country, and even the life of each of you. Thank you for your service, loyalty and determination in confronting all external and internal threats.”

The Head of State admitted that he was sincerely glad to have the opportunity to personally thank those who raised the Belarusian flag and a copy of the Banner of Victory on Everest, “It is deeply symbolic: to carry the most precious and valuable near the heart to the planet’s highest peak under the most difficult conditions. The emotions that Belarusians experienced when looking at these cloths are fully comparable to the feeling of great pride in the country at the moment of our sports victories.”

Aleksandr Lukashenko added that the Belarusian people expect that at the Winter Olympics in Beijing, which starts in a week, the Belarusian flag will rise over the stadiums of the Celestial Empire.

“I hope that today’s ceremony will also inspire new achievements,” said the President.

The Head of State congratulated the guests on well-deserved awards and wished them health, happiness, and new achievements for the sake of our country.