The oldest monastery of Belarus is preparing to celebrate its jubilee in 2025 and the first meeting of a working group led by the Chairperson of the Council of the Republic, Natalya Kochanova, has taken place in the city 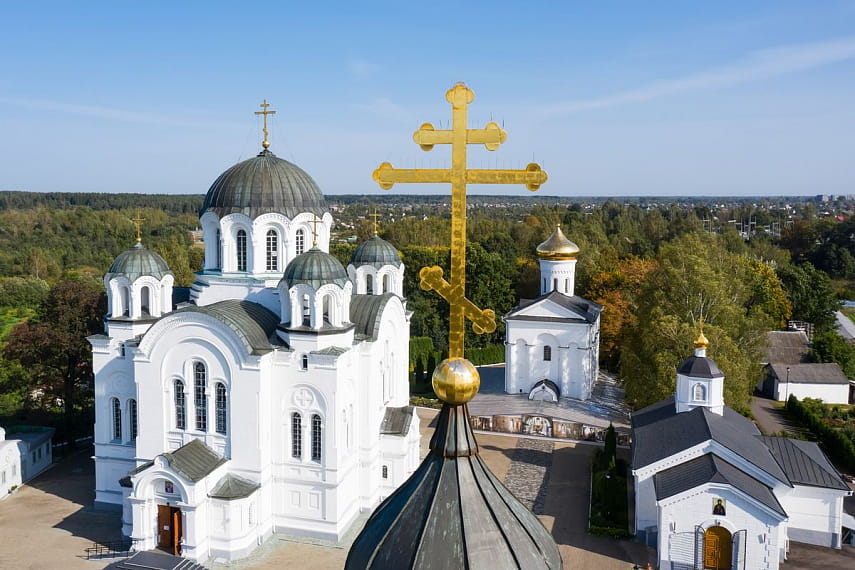 Representatives of interested services, local authorities and the monastery gathered to discuss the forthcoming celebrations which are significant for Belarusians. As Ms. Kochanova stressed, our statehood, origins, spirituality and roots are in Polotsk. “It is necessary to outline a list of works that need to be carried out to prepare for the holiday. At a request of the Belarusian Orthodox Church, the state transferred ownership of several buildings to the monastery. As planned, they will house a hotel since many people come here from all over the world. The current conditions at the monastery make it impossible to fully ensure a comfortable stay for tourists and pilgrims,” she said, adding that much should be done and the most important objects that need to be primarily repaired and built should be determined.

Thousands of pilgrims, organised groups of schoolchildren and tourists visit the monastery every year, with most guests coming from Russia and Ukraine. At present, they are accommodated in an adapted building which lacks much comfort. However, the monastery hopes the situation will change soon: a former two-storey post office building will be revamped to act as a hotel. Reconstruction works will start next year.

The refectory is another sore point since the existing monastery canteen is quite small and does not cope with the current needs. The new building will house it in the future.

Serious attention will also be paid to reconstruction of the Transfiguration Church which renovation is to complete in 2024. According to the Chairman of the Vitebsk Regional Council of Deputies, Vladimir Terentyev, its frescoes are now being uncovered jointly with scientists. So far, less than a half of the facade has been renewed and the roof is being repaired. In 2021, the state has allocated around $365,000 for these purposes and, next year, the sum will be even larger.

Celebrations of the monastery’s 900th anniversary will be in place throughout 2025. Mr. Terentyev explained, “Many cultural and spiritual events are planned, including open air workshops, various exhibitions, readings and excursions. Special attention will be paid to involvement of young people since it is up to the younger generations to preserve Belarus’ rich heritage and its outstanding pearls.”