Belarusian commemorative coins, one of the symbols of statehood, are 25! 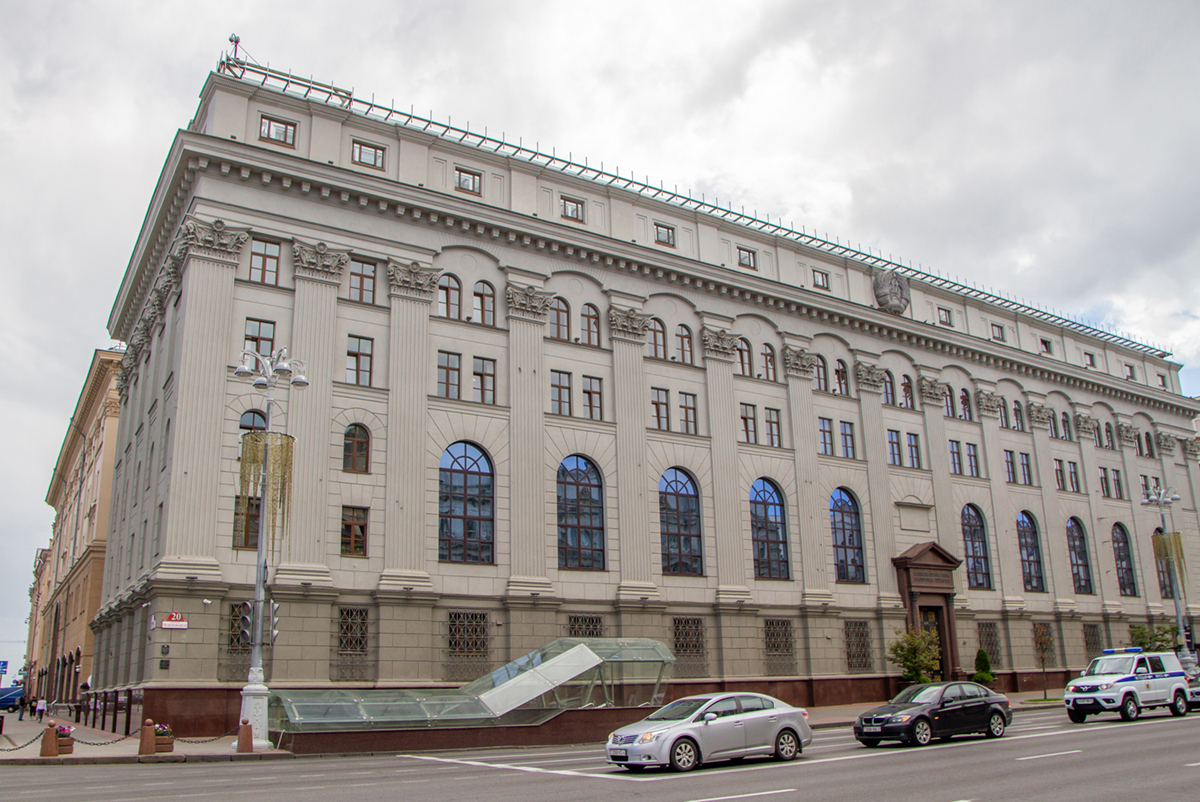 On December 27th, 1996, the National Bank of Belarus issued the first commemorative coins. However, a few years before that, our country did not even have its own currency... The presence of our own Belarusian Rouble and the further issue of commemorative coins into circulation is the result of the formation of a sovereign state and its issuing institution. Over the years, Belarusian commemorative coins have won not only the love of collectors around the world (a real hunt is taking place for some of them), but also the recognition of the highest-level experts.

The process of creating commemorative coins includes several stages: choosing a theme, collecting materials, creating a sketch. Then the mint is determined, where they will be minted, an agreement is concluded with it. Belarusian coins were minted in Switzerland, Great Britain, Germany, Poland, Lithuania, Russia, Kazakhstan. After the batch of coins is ready, it is delivered to the National Bank. 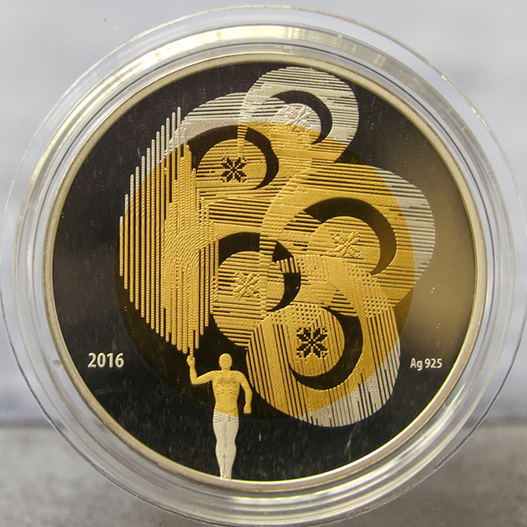 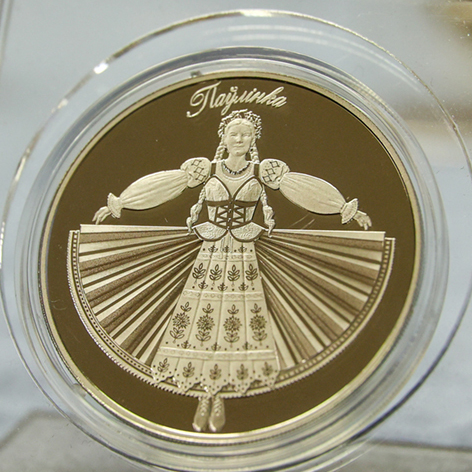 The creation of a sketch of a future coin can be compared to writing a thesis: contracts are concluded with various institutions for the development of a scientific basis for a series of commemorative coins and the preparation of analytical illustrative materials for their manufacture. Artists carry out a huge and many-day work in museums, libraries and archives, if necessary, they take pictures of objects on the ground. In total, it takes two months to create a sketch. 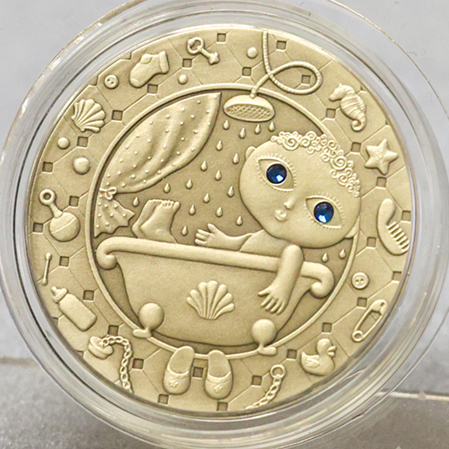 When creating a sketch, artists use various tools and methods: they draw with a pencil or paints, model on a computer, work with graphic programmes, sculpt individual parts from plasticine... When the draft designs are ready, they are evaluated by the working group for the issue and circulation of commemorative coins, which also makes a collegial decision.
As an example of such painstaking work, Svetlana Nekrasova cites the famous series ‘Skaryna’s Way’.
In 2014, the National Bank invited Irina Zvariko, a leading researcher at the State Historical Museum, to develop a scientific concept for a series of coins ‘Skaryna’s Way’, dedicated to the 500th anniversary of Belarusian book printing. The work began in 2014, and at the end of 2015, the first coin of the series was released, ‘Skaryna’s Way. Polatsk’. Subsequently, coins were issued dedicated to other significant cities in the life of Francysk Skaryna, such as Krakow, Padua, Venice, Prague and Vilna.

“It was a unique work in every sense. By the way, for the first time in our entire practice, our coins were published in the papal edition of the Vatican Apostolic Library Historia Mundi (‘History of the World’), published in April 2019. Modern coins are not published on the pages of a luxuriously illustrated album, but the ‘Skaryna’s Way’ series has become an exception to the rule,” says the artist.

Thus, the Belarusian series was put on a par with the best samples of medals, coins and collectibles in the world. By the way, Belarusian commemorative coins have won 42 awards at international numismatic competitions in 25 years.

In order to work out in detail the relief of the commemorative coin and display on it all the nuances of the draft design, a plaster model is made at the mint. Such a model is several times larger than the size of the future coin and takes more than 30 days to make. Then the plaster ‘coin’ is agreed upon and approved by the National Bank, and (if there are no issued regarding execution) the production of the minting tool begins at the mint. This takes at least 45 days.

The very minting of commemorative coins is carried out on special coining presses, which press the blank of a commemorative coin with an effort from 6 thousand to 9 thousand kg/cm2. Interestingly, the deeper the surface relief of the coin, the more times it is necessary to hit the workpiece.

Each coin is minted individually. The entire process of minting the circulation of commemorative coins is given at least 60 days. After that, they are subjected to piecewise output control for compliance with the technical parameters specified when placing the order. 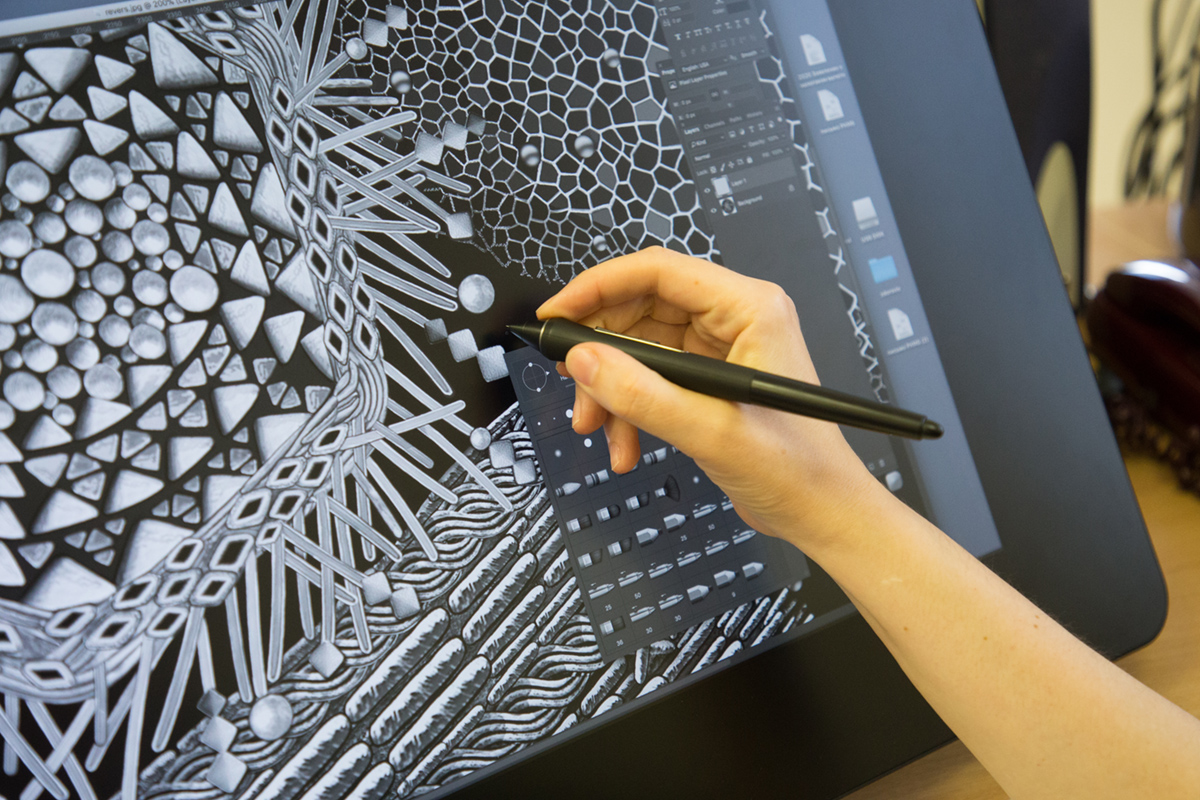 At the final stage, commemorative coins are packed in individual capsules, which protect them from external influences, and are prepared for sending to the National Bank.

Thus, the entire technological process of making commemorative coins from the idea and concept to the final delivery to the National Bank takes at least nine months.

Coins are delivered to the Central Storage of the National Bank as a valuable cargo. Specialists accept valuables, check the integrity of the seals, then the packed coins are sent to the storage room. The temperature here is maintained at the level of 20-25 degrees all year round, and the humidity is 45-60 percent.
By the way, each coin received from the manufacturer is additionally checked manually, which is a quality control procedure. Together with the circulation, a sample of a commemorative coin is also received: it is with it that the laboratory staff check each coin. Defects are extremely rare, but if any flaws are found, the coin is returned to the manufacturer, who makes a new one at its own expense. 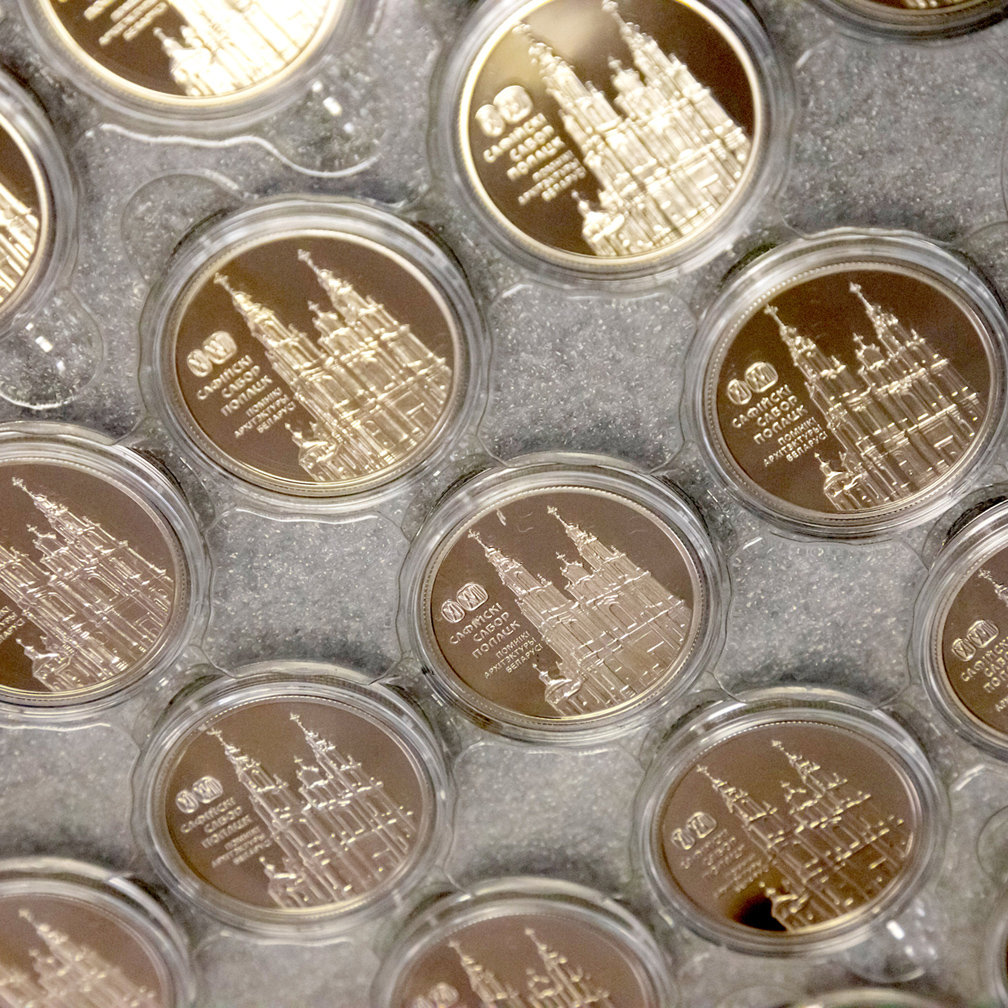 FIRST BELARUSIAN COMMEMORATIVE COIN
It was issued on December 27th, 1996, and was dedicated to the 50th anniversary of the founding of the United Nations.
• Coins were minted at the Royal Mint (Great Britain) as part of the international coin programme, which was implemented in 1995-1999.
• A total of 5,000 gold, 20,000 silver and 40,000 copper-nickel coins were produced at the request of the National Bank of Belarus for the UN anniversary — all in denomination of 1 Rouble.
• In accordance with the terms of the international coin programme, only a tenth of the total circulation of commemorative coins arrived in Belarus. The rest were sold on the international numismatic market. 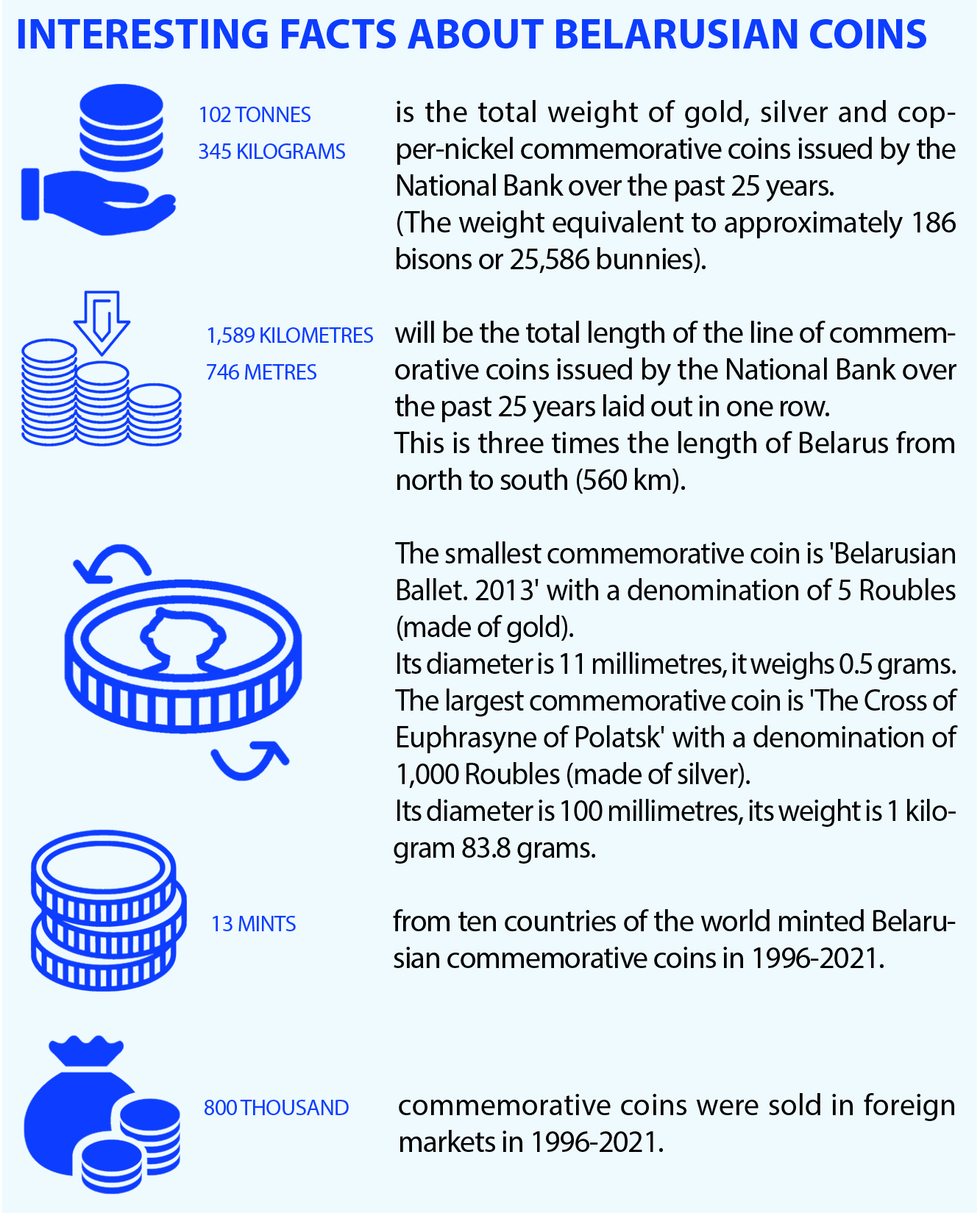