Pope Francis apologised for the role of the Catholic Church in the issue of residential schools in Canada, where indigenous children were abused 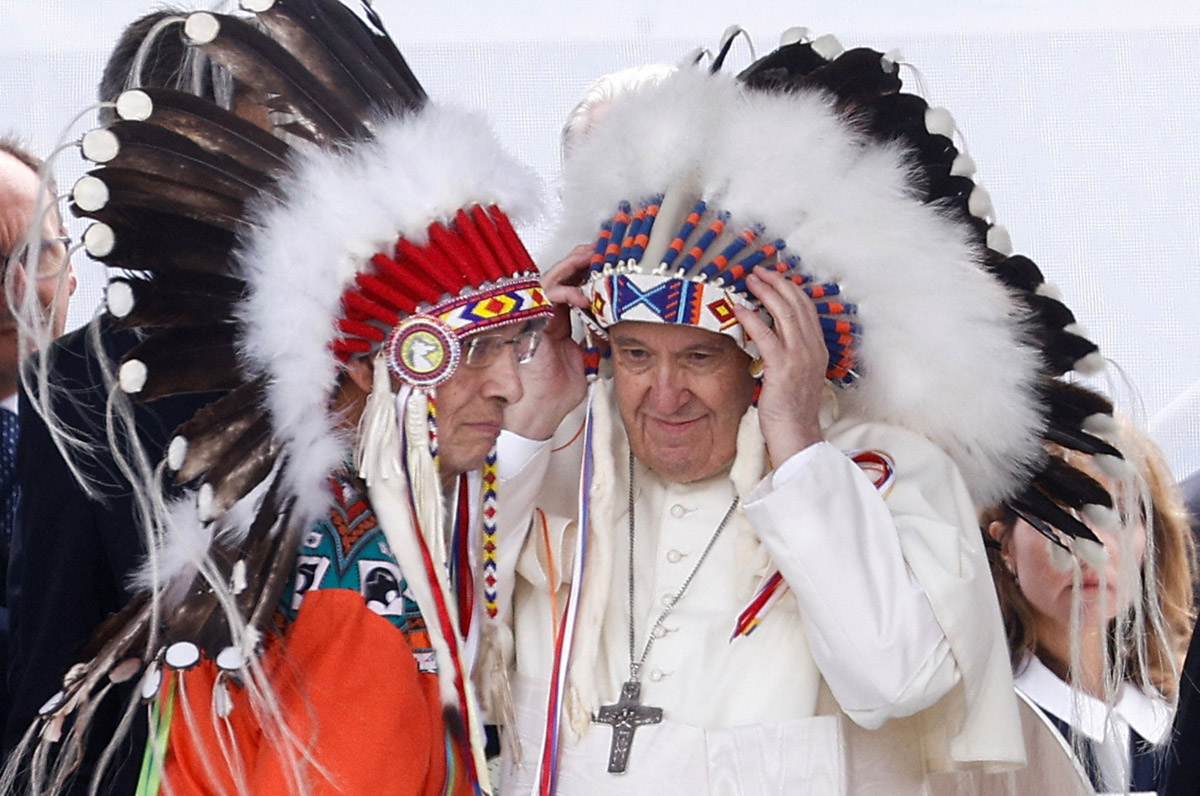 The Pope called the school system ‘a disastrous error’ and apologised ‘for the evil committed by so many Christians’ against indigenous peoples.
“In the face of this deplorable evil, the Church kneels and begs God for forgiveness for the sins of her children. I humbly ask for forgiveness for the evil committed by so many Christians against indigenous peoples,” Pope Francis said.
The 85-year-old Pope was on a week-long tour of Canada to fulfil a promise he made to indigenous delegations who visited him earlier this year at the Vatican, where he delivered the initial apology.
Indigenous leaders wearing eagle feather war helmets greeted the Pope as a fellow chieftain and received him with chants, drum beats, dances and war songs.
“I am here because the first step of my pilgrimage of repentance is to ask for forgiveness again, to tell you once again that I am deeply sorry,” he said.
“I am sorry for how unfortunately many Christians have supported the colonising mentality of powers that have oppressed indigenous peoples. I’m sorry,” he said during the meeting with First Nations, Métis and Inuit.
Pope Francis became involved in the shocking case that led to the discovery of the remains of 215 indigenous children.
Approximately 150,000 children were forcibly taken from their homes. Many were subjected to abuse, rape and malnutrition in what the Truth and Reconciliation Commission called ‘cultural genocide’ in 2015.

Based on the materials of www.romania.postsen.com