Top-5 famous and memorable places in Belarus, which were most popular with tourists this year

What is snow for us, what is heat for us, what it is pouring rain for us, when there are so many places in the country that you need to see! Although the most active time for tourists has ended with the last warm days, we can’t say that the flow of visitors to national attractions has expired. With the assistance of the Tourism Department at the Sports and Tourism Ministry, we have compiled the top-5 outstanding places that were the most popular this year. 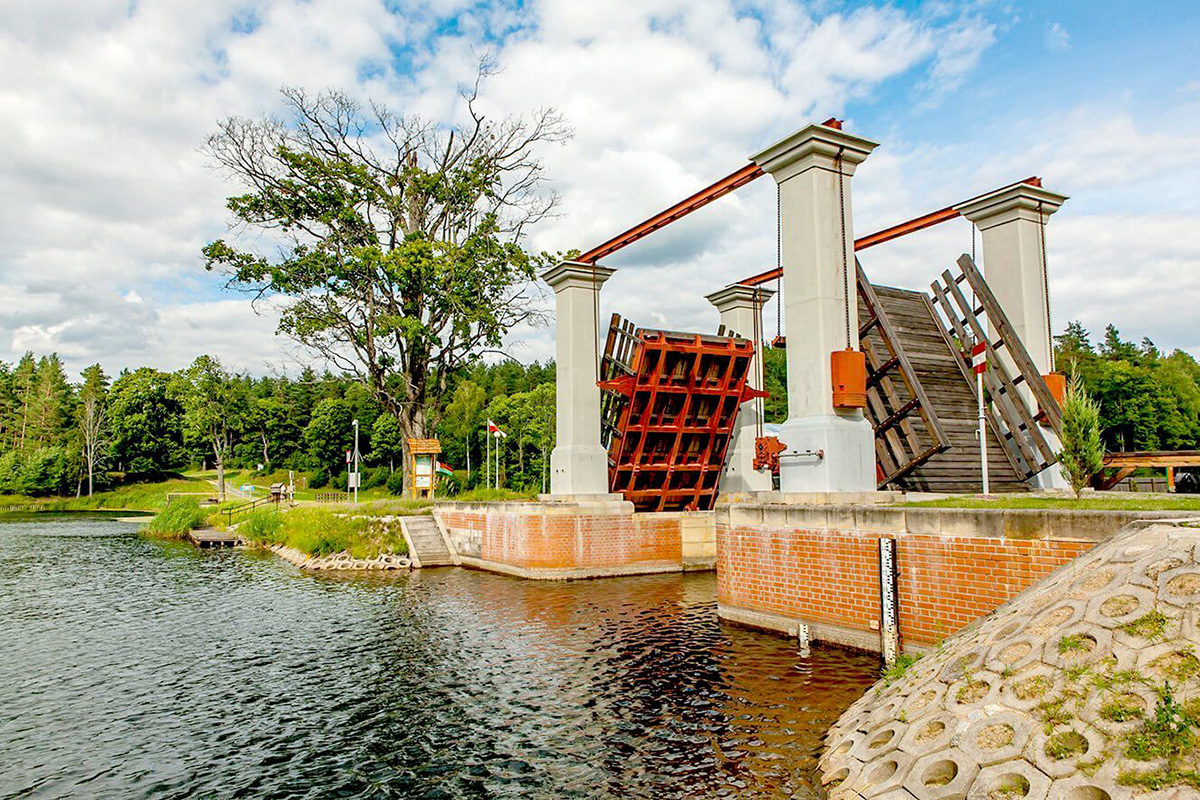 The Avgustovsky navigable canal is the pearl of the Nieman River area, which connects the Vistula and Nieman rivers. It is located in a specially protected area of UNESCO and is an excellent place for active recreation, as well as water, hiking and cycling tourism. The amazing beauty of nature attracts thousands of guests here.
In summer, two motor ships run along the canal: ‘Olga Solomova’ follows the route from the pier on Levonaberezhnaya in Grodno to the Avgustovsky Canal while the motor ship ‘Nieman’ runs along the canal itself, departing from the pier at the Dombrovka lock. Locking is considered the most interesting and exciting moment while traveling on a motor ship. 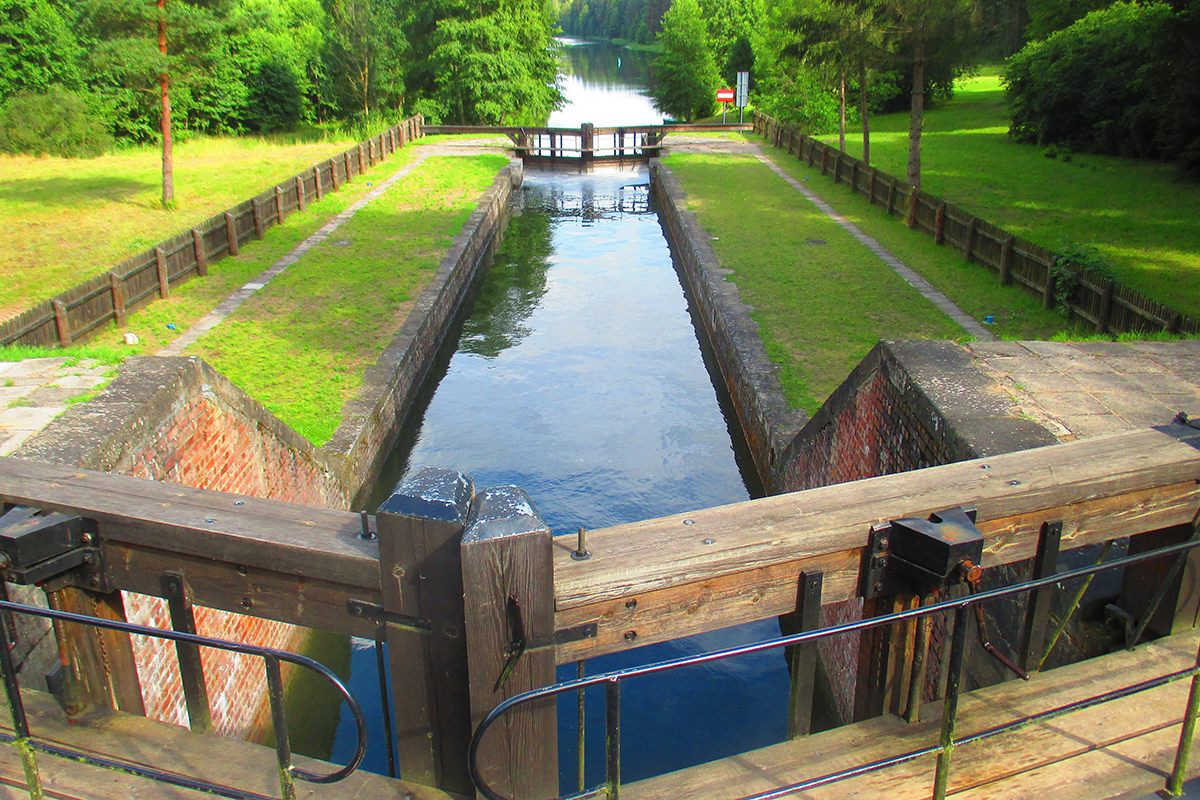 The tourist information centre in the urban village of Sopotskin was visited by 3,450 people this year. In the Sopotskin cultural and tourist centre, 45 official excursions were held in nine months — attended by 505 people. On April 11th, it hosted the grand opening of the tourist season ‘Travelling Together!’, bringing together 200 people, as part of the ‘Pisanka’ holiday.
On May 22nd, an open regional festival of folk art — The Avgustovsky Canal Invites Friends — took place, gathering more than 1,500 participants. Meanwhile, on June 19th, about 1,650 people attended the August Fresh holiday.


2. Church of the Holy Trinity in the village of Gervyaty 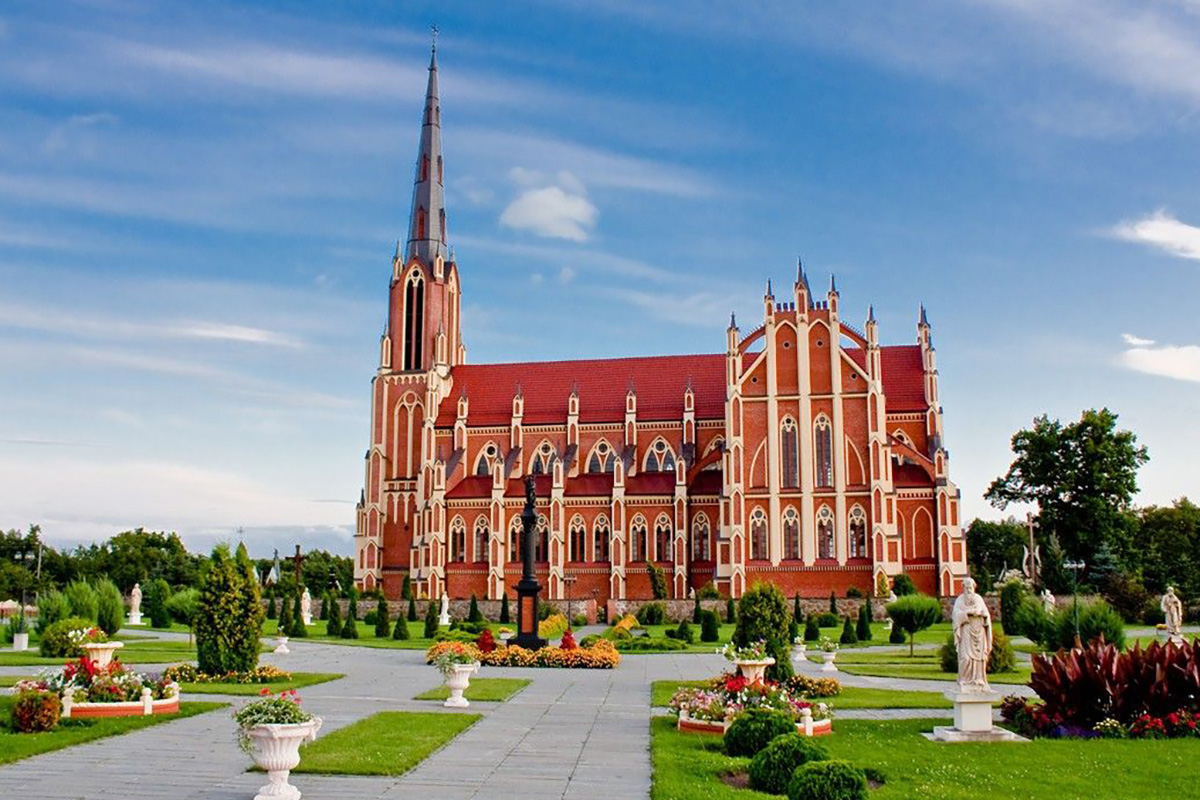 The Church of the Holy Trinity, located in the village of Gervyaty, is one of the tallest and most beautiful Catholic churches in Belarus. The building is completely sustained in the neo-Gothic style, with its side walls being propped up by flying buttresses and graceful arche — made following the example of the Notre Dame de Paris. The church has been preserved intact for almost two centuries. Now there is a functioning body there, which is more than 100 years old. It was created especially for Gervyaty.
Thousands of organised tourists and excursionists annually come to see this architectural structure, as well as a beautiful landscape park located next to the church, where various decorative and rare plants for Belarus grow and the figures of the apostles are installed.


3. The Puslowski Palace in Kossovo 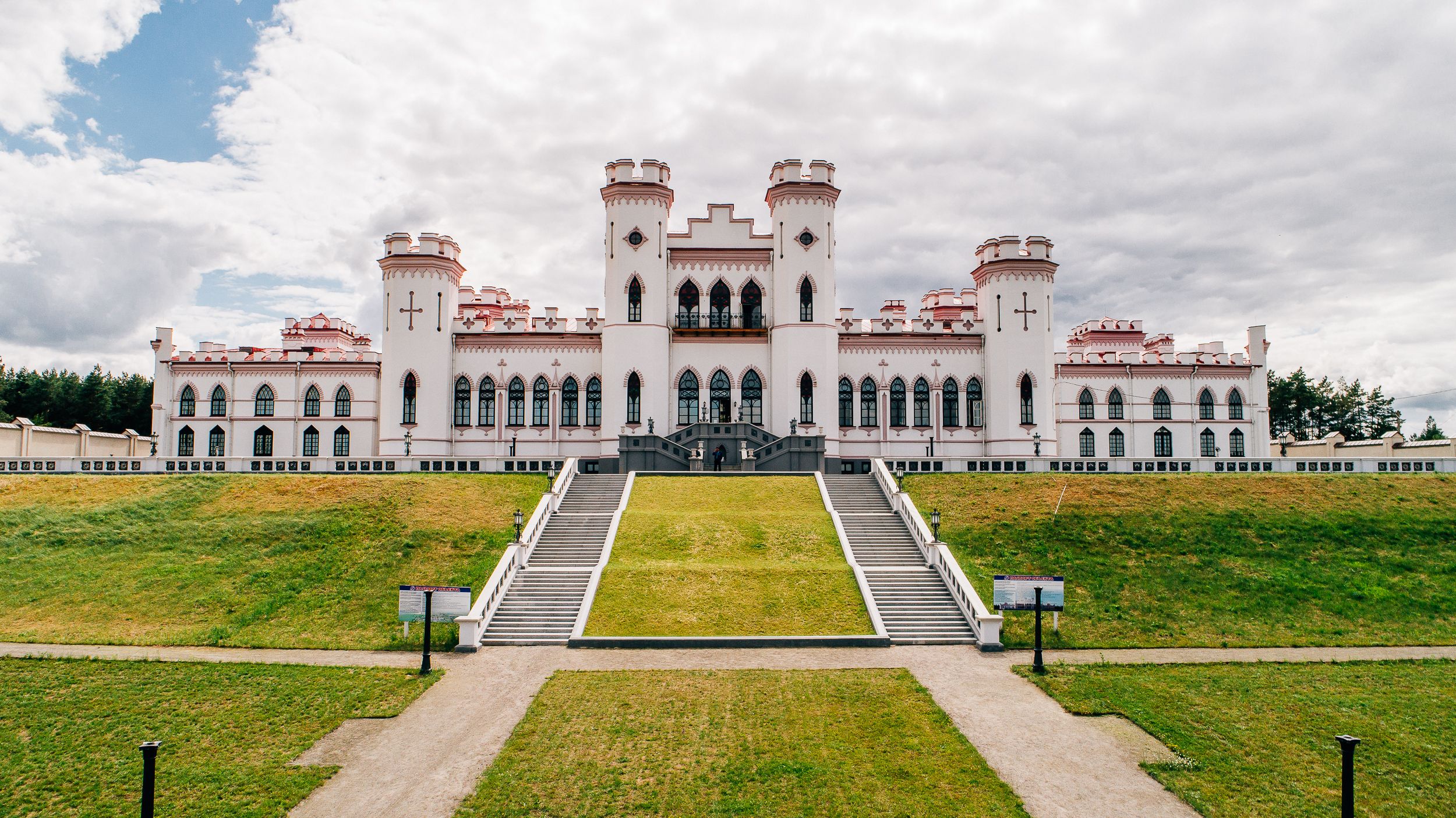 The Kossovo Castle, or the Puslowski Palace in Kossovo, is one of the most beautiful buildings in Belarus. It also has a unique architecture for our places. The active development of this place began with Wojciech Puslowski: in 1821, he bought the estate, and then founded a carpet factory in the village. At the beginning of the 21st century — having survived the destruction of two wars — the building consisted of the remains of a building and a large number of ruins, which were literally covered with garbage.
Thanks to the support of the state, in 2008, the Kossovo Palace began to be restored. After the completion of all the works planned in the project, the complex will acquire the status of a palace and park estate. There is already a hotel and a restaurant there, so visitors can stay in the palace.
For eight months of this year, the attraction was visited by about 31,000 people (180 of them are foreigners). The growth rate over the same period in 2020 amounted to 124 percent. 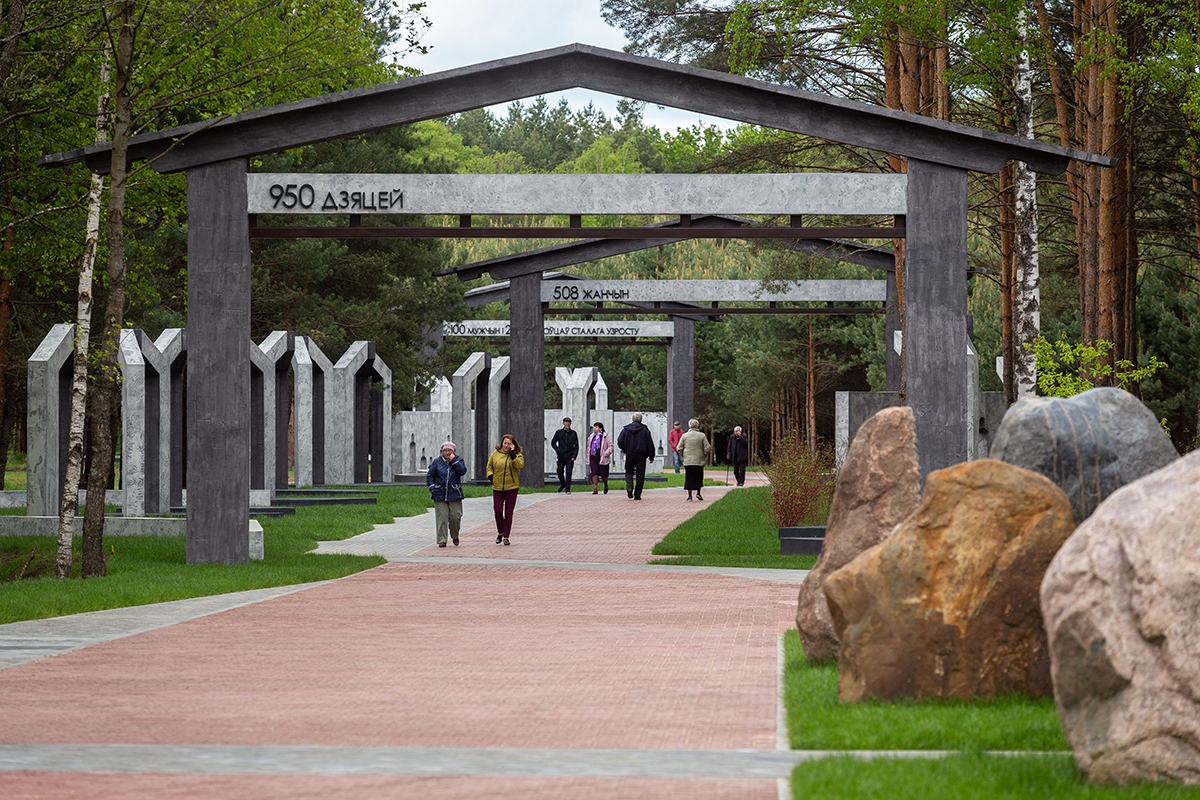 An impressive memorial was created on the site of the village of the same name, burned down by the Nazis during the Great Patriotic War. As a result of the reconstruction of the fraternal burial, the Ola Memorial was established, which includes three functional zones: an entrance group, a memorial zone (in the territory adjacent to the existing fraternal burial) and a pedestrian route connecting them along a former rural street. In the centre of the memorial zone there is a symbolic cross and a bell. Nearby there is a belfry in the form of a stylised village barn with the number of bells according to the number of villages whose inhabitants died here.
During the period from January to September this year, the memorial complex was visited by about 9,700 people. 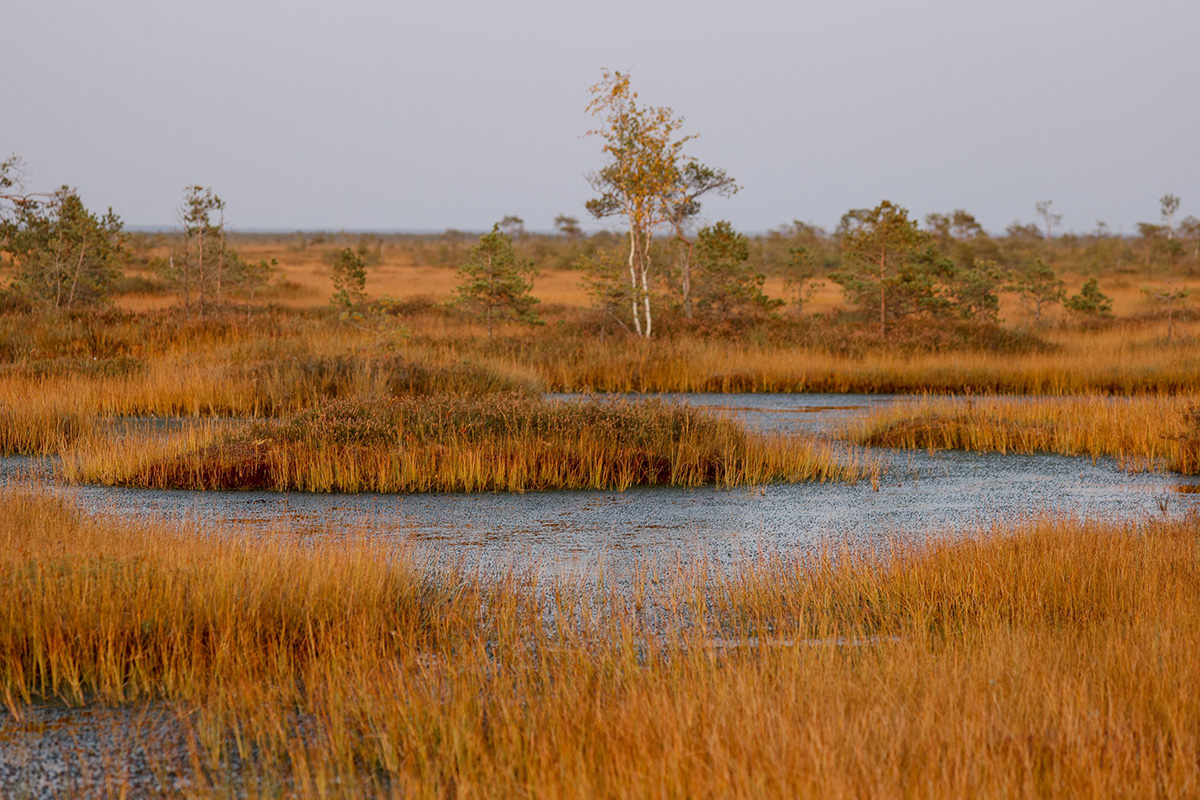 Yelnya is the largest raised bog in Belarus and one of the largest lake-and-boggy complexes in Europe: the total area of the reserve is 25,301 hectares. There are more than 100 amazingly beautiful lakes on the territory of the swamp. There are about 405 species of vascular plants, of which 13 are listed in the Red Book. Moreover, eight species of insects from the Red Book have been registered within the reserve. Of the birds on the territory of the reserve, about 150 species have been recorded, of which 24 are listed in the Red Book.
The official statistics of visits to the reserve by organised tourists this year is 345 people (as of September 23rd). However, the mass flow of tourists exceeds these figures by more than five times.