Have you noticed how fast the EU agreed with the recent shameful conclusions of the ICAO about the landing of a RyanAir plane  in our country because of the bomb report on May 23rd last year? It is clear who benefits from this. However, what do real people  (and not mythical creatures) who were related to those events say about this, and what is happening with our civil aviation in general? 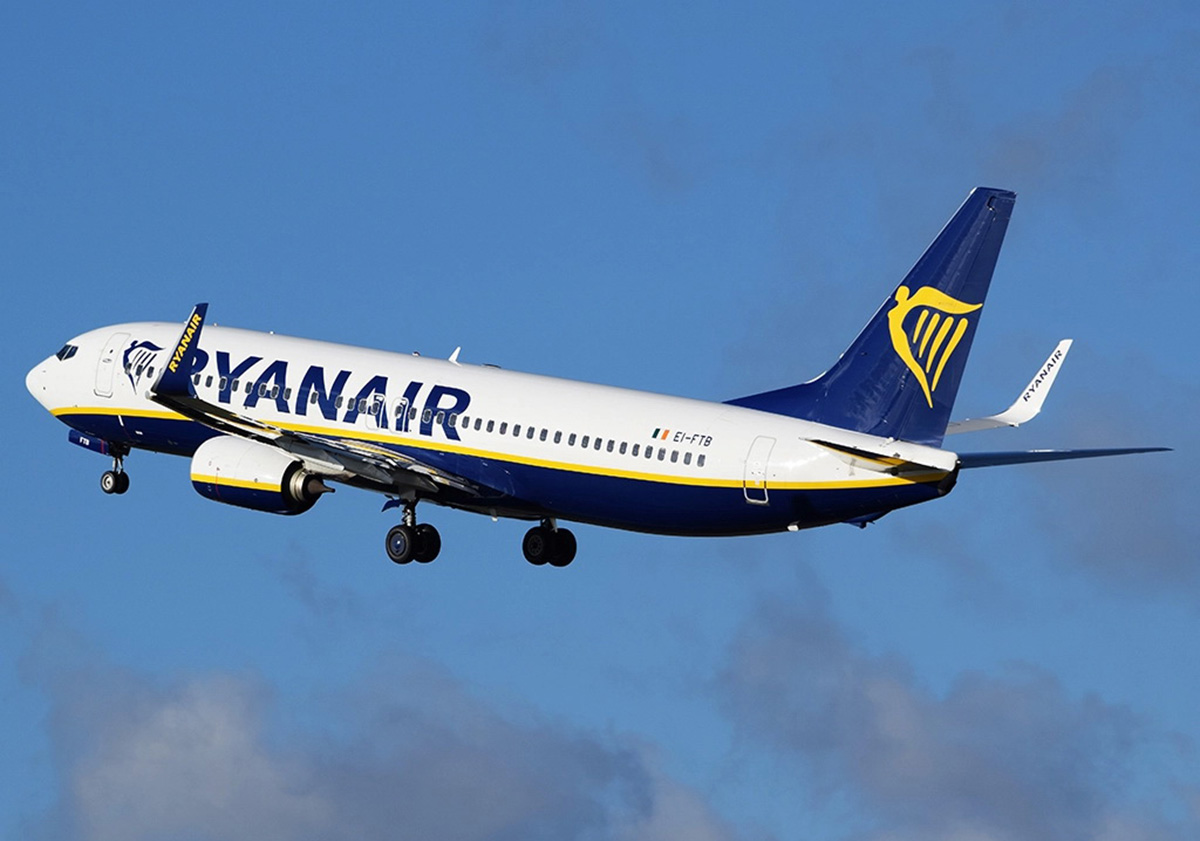 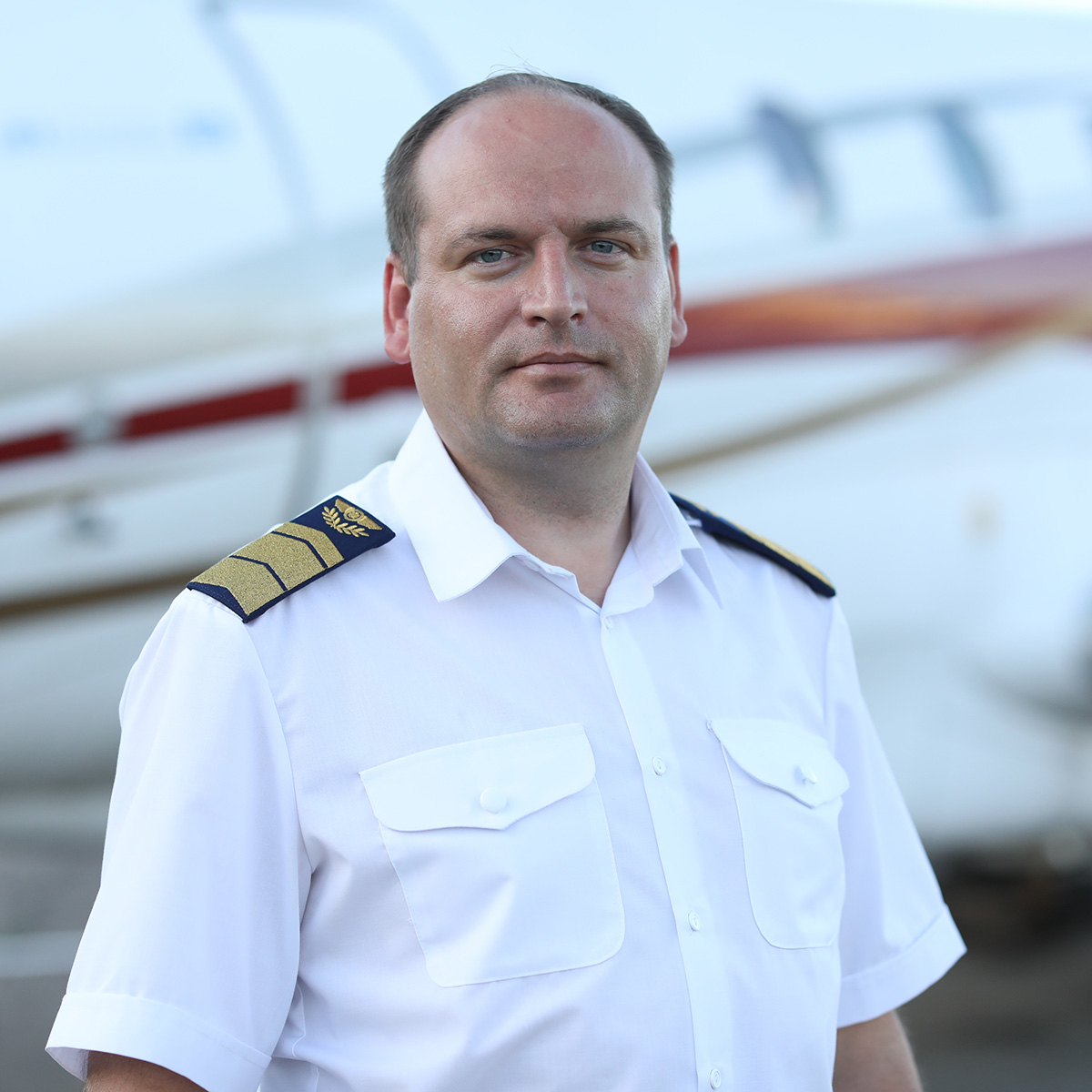 Artyom Sikorsky
“Everyone has already forgotten how it started: no sooner had the aircraft landing gear touched the ground than we were accused of forced landing with an interception by a fighter,” reminds the Director of the Aviation Department Artyom Sikorsky. “A corresponding entry immediately appeared on the ICAO Twitter page, to which we drew attention: you have not yet managed to prove anything, and already on May 23rd you are publishing such statements! Sanctions are being imposed immediately. Everyone forgot about the fact that the very next day, May 24th, we made public all the negotiations between our air traffic controller and the RyanAir pilot. They confirm that there was no coercion. There was a recommendation to land at the Minsk airport, which was not even listed as a reserve in terms of the crew. And we gave the opportunity to land.”
“In the aviation regulation it is written: we must perceive any information as truthful. When the plane turned around and flew across the whole of Belarus, we began to act. According to the instructions, a fighter was raised to escort the aircraft for landing. After all, we don’t know what was happening there, at an altitude of ten thousand meters, what condition the crew was in, whether there were people in the cabin who committed illegal acts, and so on. That is, we acted clearly in accordance with all security protocols.
The report does not contain a single claim to the system of our civil aviation. Nevertheless, the sanctions are in force and must be justified. They understood that with the January ICAO report (where it is said that we were not guilty), we would go to court and begin to defend our rights. This is what we did, immediately declaring that claims would be made against all the countries involved. In general, the West did not like the report, it was returned ‘for revision’. We offered to provide additional information, but it was not needed. Instead, some kind of spy story appeared with the controller, who allegedly recorded something... Let’s assume that he was recording, but we ourselves posted all the negotiations between the pilot and the controller on the 24th. And they, I repeat, confirm the absence of pressure. The pilot himself decided to land in Minsk. This was the answer to all questions.”
“It would seem that a serious international structure (ICAO) compromises itself,” says Artyom Sikorsky. “Initially, after all, it was determined to establish the truth. But then, having come to us from Poland and received instructions there, it was not going to install anything here. Yes, ICAO specialists saw the facts (we, as serious people, provided confirmation of our innocence), and the picture created earlier in their heads began to crumble now, but no one removed the task of ‘justifying the sanctions’.”

By the way, according to ICAO, our country has one of the highest ratings in the world in terms of aviation security. And with the situation on May 23rd, 2021, we once again showed how effective our civil aviation system is. Yes, and ICAO itself adopts many of the developments of the USSR.

Minsk Air Traffic Control Center (ATC). It is from here that air traffic is controlled, and from here on May 23rd last year, the dispatcher informed the crew of the RyanAir aircraft about the incoming message about a bomb on board and offered the Minsk airport for landing.
There is the most modern equipment and high-class professionals here. The entire territory is covered with sensors and video surveillance cameras. Access control system with arched metal detectors and introscopes. Every employee and visitor is screened; you cannot carry anything prohibited.
The centre, according to its head Aleksandr Shostak, has an access control and management system. Employees have electronic passes, they are also needed for admission strictly to perform their duties. All entrances and exits of the personnel are recorded and stored in the system... Even the head of the department cannot freely enter the premises with limited access, not to mention standing over the dispatcher and giving him commands. Here I once again would like to mention the fantasies from the same miserable ICAO report with a reference to some fugitive anonymous worker. 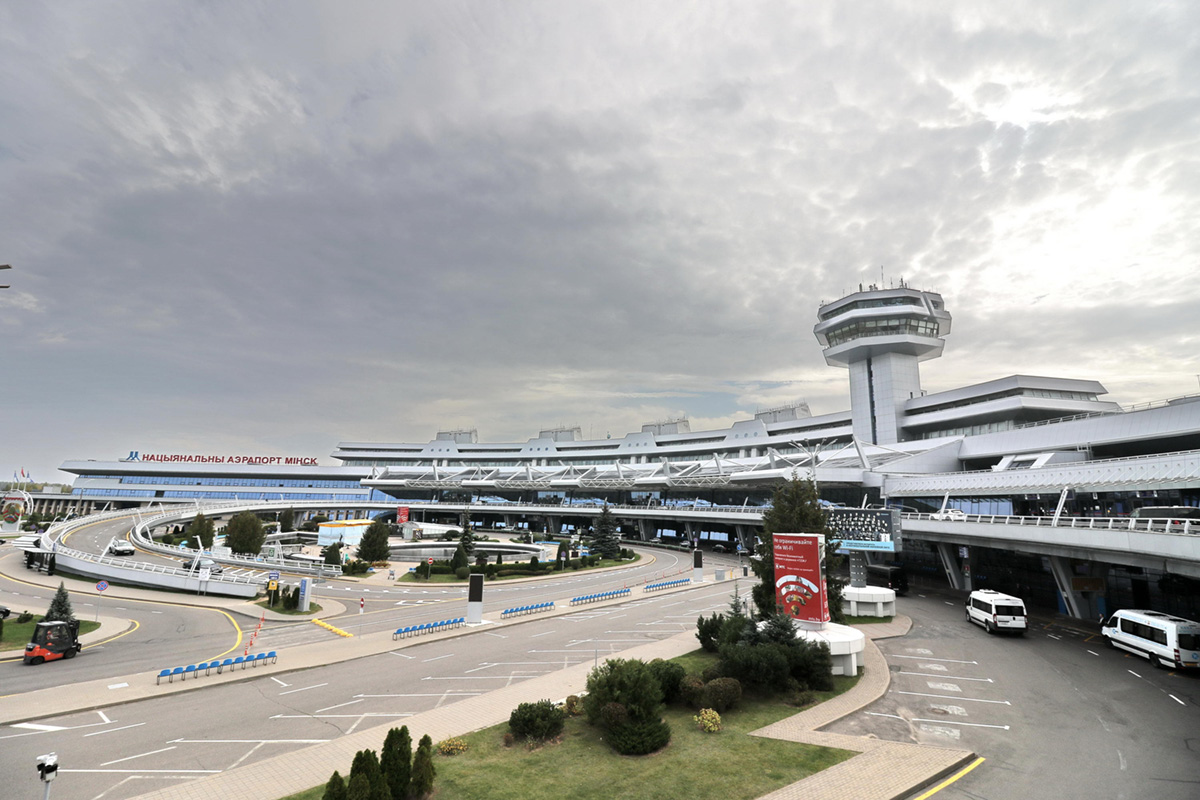 They secured themselves at the ATC centre in case of attacks via the Internet (this is a serious problem for global civil aviation facilities). Attempts of external intrusions into the local network have been detected and neutralised since 2020, when the centre was just put into trial operation.
Air traffic control room. The sign at the entrance says: it is forbidden to use any mobile devices for audio-video recording of information. There are lockers nearby where these devices must be left. And there is the liability for the violation of this requirement. On May 23rd, 2021, this ban was in effect.

Dispatchers cannot be distracted at all. So there could not be any phone. The consequences of carelessness can be catastrophic. And if this character (suppose he is real) tells that he carried the phone and did something with it (suppose he did), then let HIM think about the following: what right did HE have to disregard security rules and risk the lives of people on board and on the ground?! Such people should not hold such important positions.

We work too well 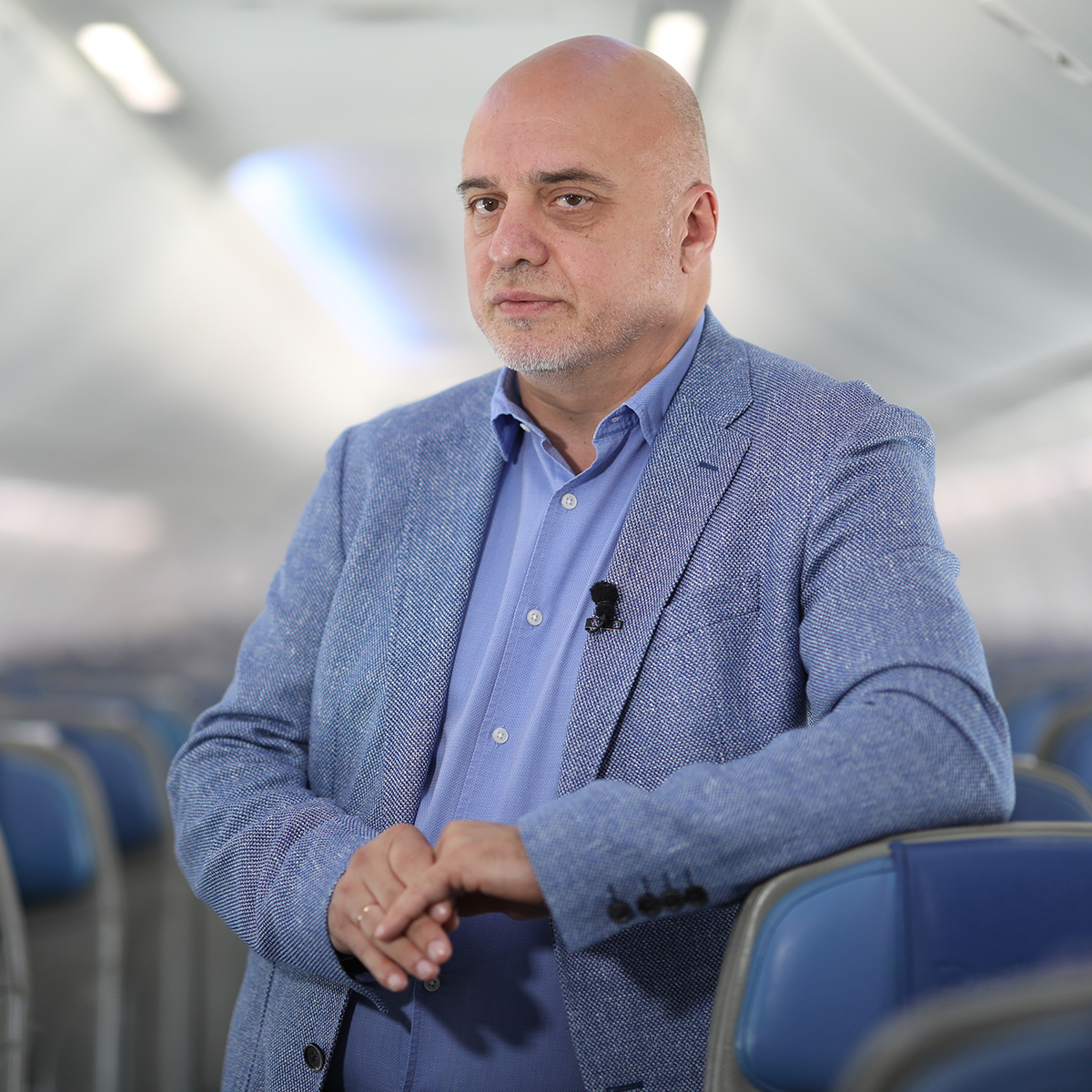 Igor Cherginets
Within days of the RyanAir incident, the EU took draconian measures against Belarusian airlines, including the national air carrier Belavia, even though it had nothing to do with the situation. Moreover, under pressure from Western countries, the ICAO Council refused to consider our complaint about illegal bans. The US representative stated bluntly: blocking the work of air carriers is revenge on the part of the West.
“They began to ban our flights to other countries literally the very next day, May 24th,” says Belavia General Director Igor Cherginets. “The situation hit us hard, we were forced to stop flying on a large number of routes. First of all, to the EU. Yes, everyone was worried, they worked hard. Nevertheless, we returned to the passengers all the money to the penny, rebuilt the routes, somewhere we fly around.
Now the company is in a normal financial condition, we fly. We optimised the flight grid. Yes, the return of planes to aircraft lessors was not easy for us. However, today Belavia owns 13 aircraft, each one is operated efficiently. The flight numbers are record for the entire world aviation. Aircraft loading is about 90 percent. This is a very high figure for civil aviation. Not many airlines can boast of such results.
The period of spring 2020 was especially difficult. Routes were shortened, people could not fly away. We were one of the few who didn’t stop flying in Europe. We continued flying, carrying people, earning money.”

Let me remind you of this story I forgot earlier. Almost every day, representatives of the US Embassy in Minsk, in messages through our Foreign Ministry, thanked the leadership of Belavia for taking the Americans out.

“The money was not an issue, the issue was that at that time no one could take Americans out of Turkey and deliver them to America,” continues Igor Cherginets. “We have developed a difficult route. We helped everyone, both Americans and citizens of European nationalities. I received an SMS, the gist of which was: the United States will never forget the help of Belavia. Well, now we are under sanctions, and we, for example, cannot buy American Boeings directly. ‘Won’t forget.’ Well, we’ll survive.”


Raider takeover of the sky. Who is behind this?

Watch closely. 2019, the civil aviation of Belarus shows one of the highest rates of development in Europe. Ukraine was the first in terms of indicators, but not for long, and this was due to the start of a campaign for the mass export of people to work in Europe. Ukraine opened the sky by signing documents that actually put an end to all Ukrainian aviation. At the same time, Europeans also travelled to us, under the pretext of inspections (there were five of them in 2019 alone). And then, when they began to literally force us to sign an open skies agreement, we said: no, guys, we don’t play these games, we have our own carrier and we will protect our national interests. Artyom Sikorsky says, “That is, the ‘partners’ wanted not just to come to our market, but to privatise everything here. Well, then they decided to punish us for being stubborn. And who imposed the sanctions after that? Not ICAO, but the European Aviation Safety Agency. But it is  about ‘aviation safety’, and not ‘aviation security’. Do we have any violations related to aviation safety? No. (Belavia has one of the highest safety ratings, higher than that of Lufthansa and many European companies.)


The question arises: what right does the European Aviation Safety Agency, a quasi-structure of a quasi-state, have to impose sanctions on the civil aviation of the Republic of Belarus? What right do you have not to let our planes into the skies of other countries? Or where did the Eurocontrol get the idea that it can keep millions of dollars belonging to Belarus? Like, you are under sanctions and therefore we will not give you money. Very similar to a raider takeover in the style of the 1990s, complete chaos created by white-collar European allies.

There is certain information that we receive through closed channels, and we carefully analyse it. The latest news is: in Europe, consultations were held in the aviation authorities with the involvement of diplomats, media specialists, etc. One of the topics discussed is: why is it necessary to put pressure on the civil aviation of Russia and Belarus? The main goal is the collapse of civil aviation. In the near future, the EU expects a certain effect, for example, to provoke people into anti-government protests. There will be a psychological impact, especially on young people: they say, you see, you are limited in movement, you are almost second-class people, and so on. There will be fakes. We already see some.

The Department is actively working to protect our interests, the rights of passengers at the ICAO sites and the European space. Appropriate claims have been filed with the court.

I would like to believe that this will nevertheless lead to the restoration of international law. The topic is complex, but we must follow this path and knock on all doors and even knock on those that are brazenly closed in front of us. To be respected. There are uniform rules, standards, and in aviation we understand no less than Western players.”