The Pervyi [First] store opened at Minsk’s Zamok trade centre, where merchandise from the Head of State will be sold. All models were made at the Bellegprom enterprise. 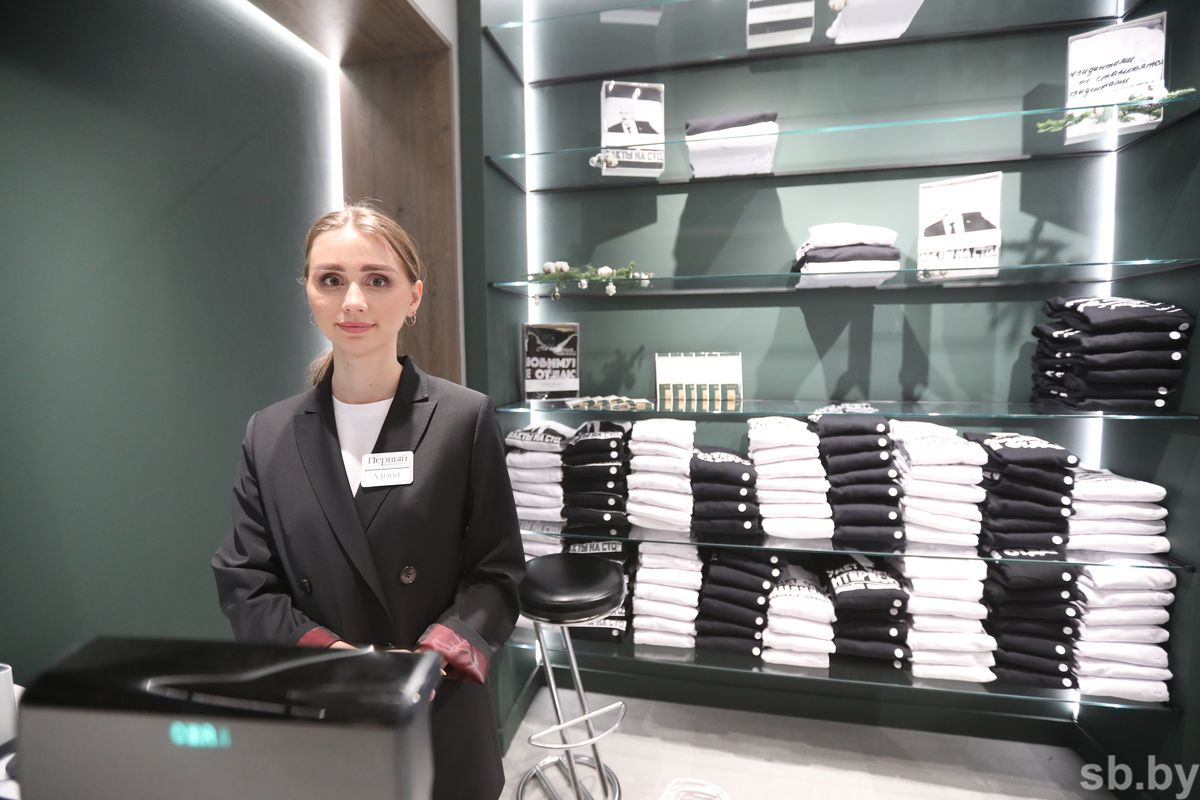 There was a stir in the store from the first few minutes: almost like Black Friday! The first buyers started arriving long before the opening. No joke, those who wanted to be in at the start came for their new clothes ten minutes before the unique outlet opened its doors and left with their purchases after only fifty minutes. However, there’s no need to worry. There is enough merch for everyone. If not, they will quickly produce more. They are currently studying demand, determining the most popular models.

It can already be seen that T-shirts and hoodies with the well-known Presidential call to take off your clothes and work, as well as with his quote (written, by the way, in the handwriting of the Head of State), ‘They don’t become presidents, they are born presidents!’ are in special demand.

“Our goal was to make the store and the goods in it specifically for the people,” said the Head of the Bellegprom Concern, Tatiana Lugina, who, incidentally, on the first day of the store’s opening, personally stood at the cash register. “The most important thing is affordable prices, enabling any citizen of our country who wants to indicate his commitment to the Head of State and support him, to do this. In order to make it clear: there are many of us, we are united, we are energetically with him. The idea originated in summer, thanks to journalists who – on the occasion of the President’s birthday – ordered several polo-neck sweaters with his quotes and photographs as a gift.” 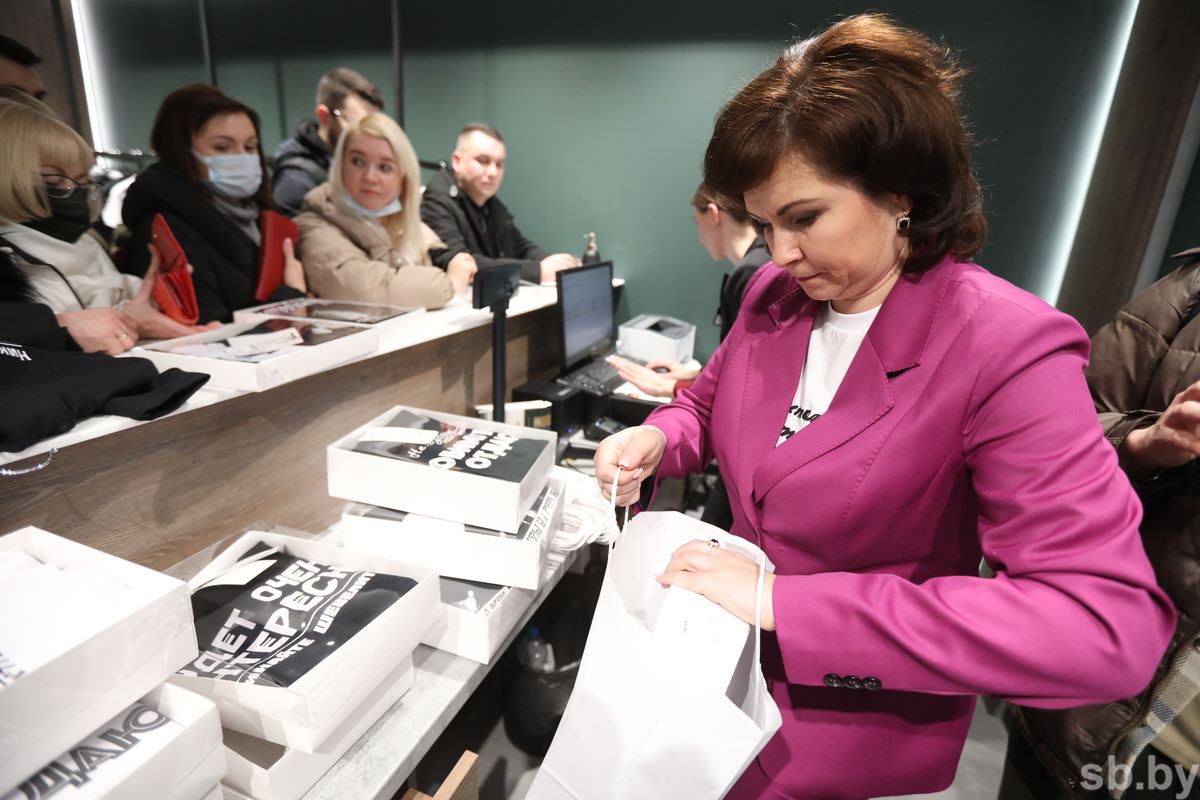 Later, the trend caught on. Phrases a la ‘Facts on the table!’ or ‘Don’t give away your beloved’ have spread among the people for a long time. And now, it seems, they will move beyond our country.

“On Monday I will go to Russia to meet with my colleagues,” says Information Minister Vladimir Pertsov, who we met in the queue. “I want to give them a T-shirt with the inscription ‘They don’t become presidents, they are born presidents!’ which is very authentic.”

There were plenty of famous people at the entrance to the store, including Vasily Gerasimov, Chairman of the State Control Committee, and Igor Lutsky, Deputy Head of the Administration of the President, as well as directors of enterprises. 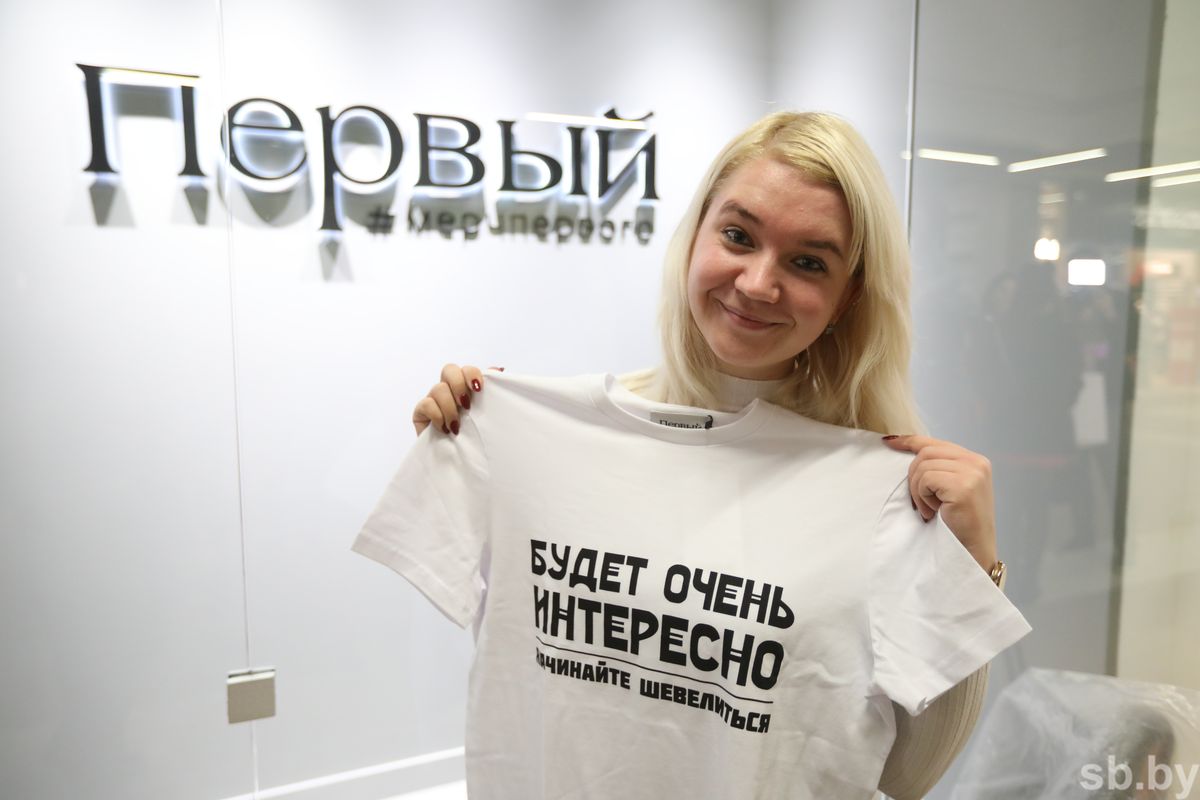 “Why did we come here today? Firstly, we support the policy of our country. Secondly, the things are really creative,” said the Director General of BobruiskAgroMash, Nadezhda Lazarevich. “I like the President’s quote ‘Take off your clothes and work’. This is a slogan about us: industrial workers. Thank God, there are really a lot of orders now, and we work in three shifts. I will give these T-shirts for the New Year to my deputies.”

The new store aroused interest even among the guests of our country. Odessa writer, publicist and political strategist, Vsevolod Nepogodin, put on the black T-shirt with a portrait of Aleksandr Lukashenko and the phrase ‘Facts on the table!’ immediately after buying it.

“I am a creative person and noticed it before I entered the store. Its colour, size... I wanted the T-shirt to combine white and black for balance, like yin and yang. So that there is a portrait and a statement that catches me.” 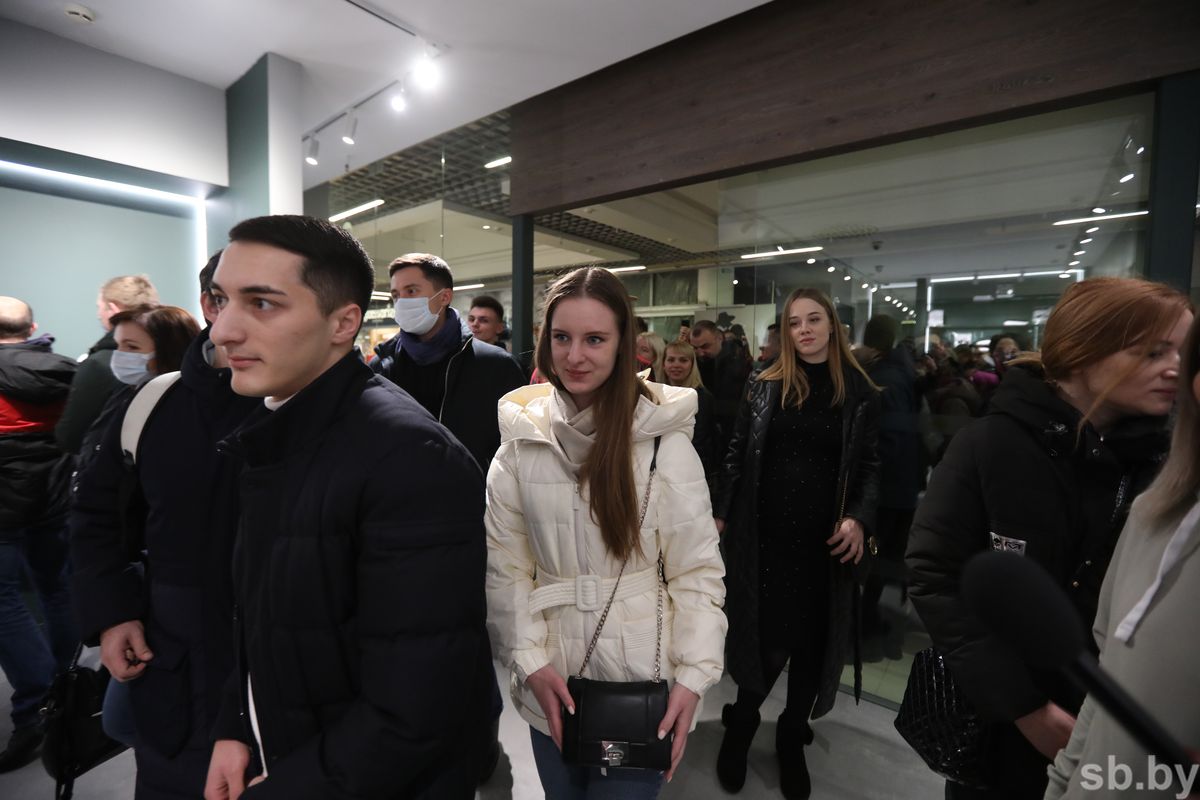 Tatiana Lugina intrigues us with the information that on the first day of the store’s opening, the entire collection is not on display, with certain secrets being still in stock. There may soon be similar stores in other cities, “If we see the demand. We must understand what the population is most interested in: photographs, for example, or quotes, as well as to probe prices. As part of this project, we always want to surprise people.”

The first hundred buyers were also given the President’s branded chocolates as a gift. 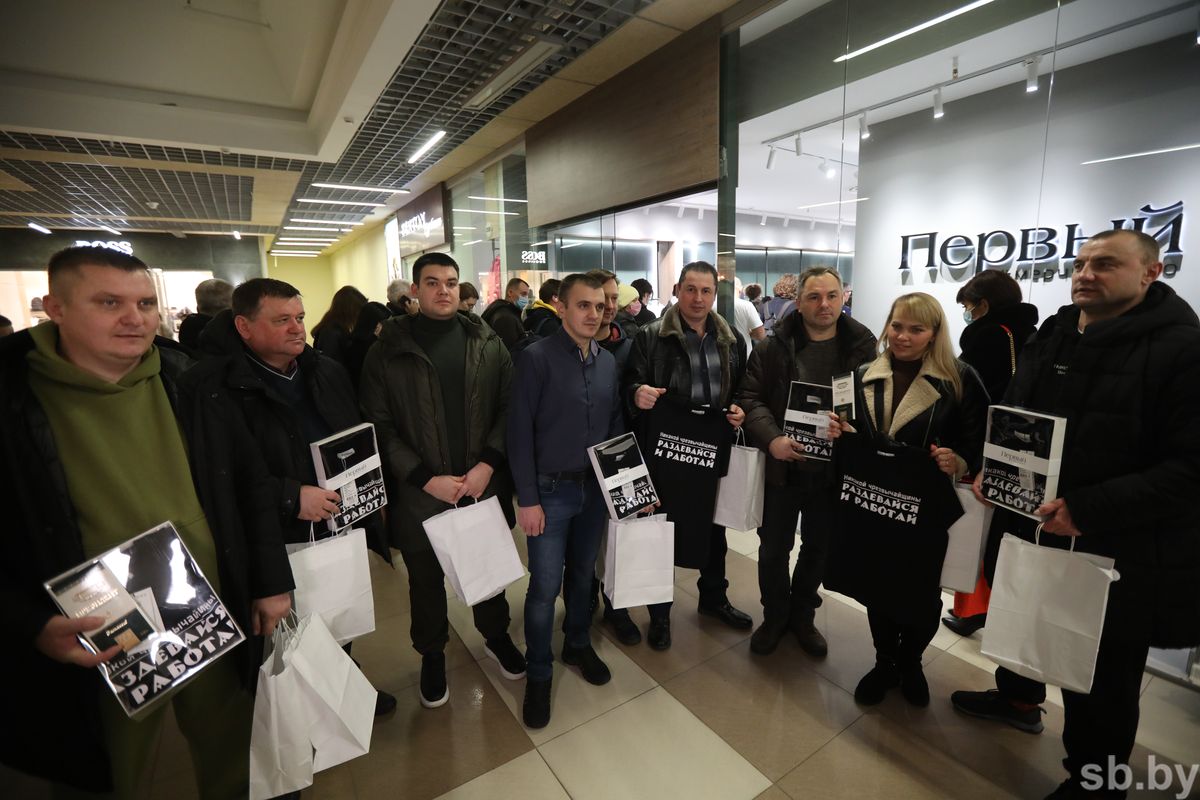