Every year, the Palace of the Republic hosts the ceremony of presenting the Presidential prizes: the Spiritual Revival Awards, special prizes to art luminaries, and the Belarusian Sports Olympus Awards. They are awarded for truly unique achievements. Moreover, there are no analogues of this beautiful and sincere tradition in the world. Each year, the President personally honours the winners, presenting well-deserved awards to representatives of the clergy, creative teams, teachers, doctors, and journalists. Those who demonstrate an example of true patriotism make our country more beautiful and stronger. Of course, this year was no exception. True devotees who glorify Belarus, contribute to strengthening its unconditional authority were invited to the stage. And, according to the established tradition, before presenting the awards, the Head of State addressed the audience, and in their person, of course, to all Belarusians with heartfelt words… 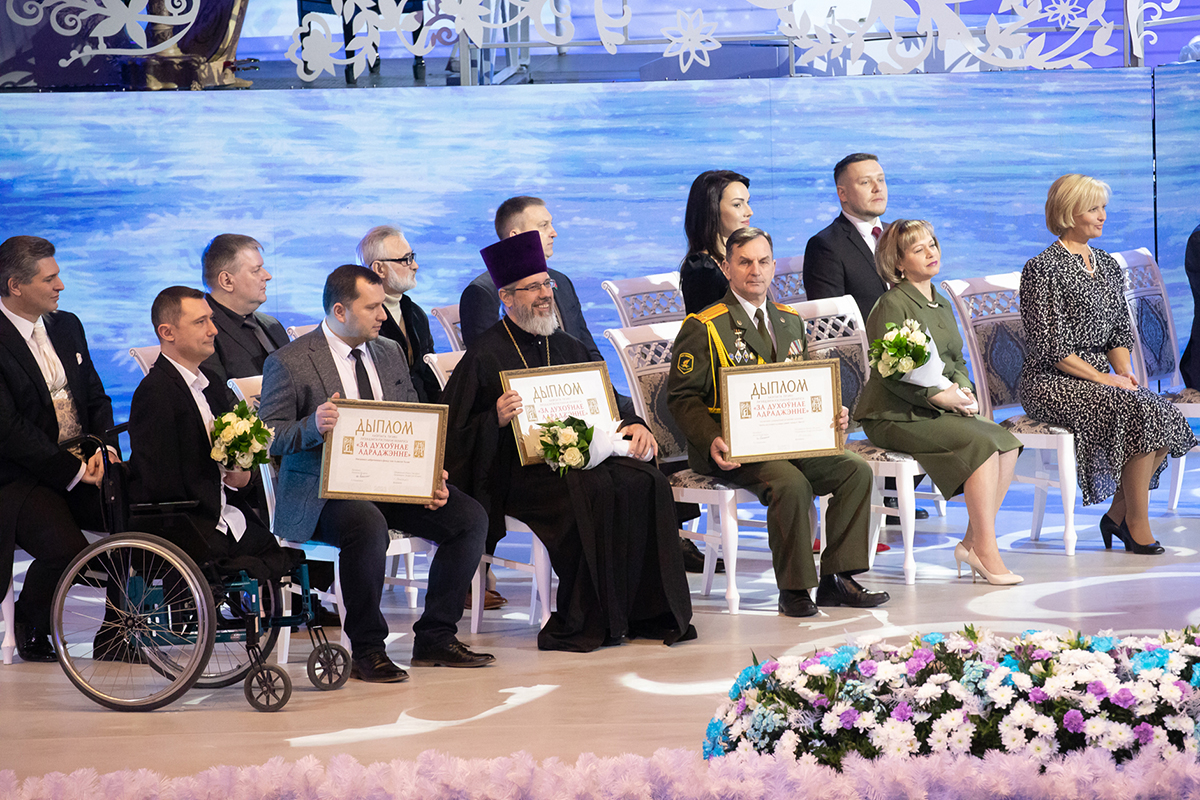 Aleksandr Lukashenko noted in his speech,

“Without strong spiritual foundations, it is unlikely that Belarusians, having gone through many years of wars and hardships, would have managed to preserve their native language, culture, traditions that have linked centuries and generations.”

“In the stormy sea of changes, we managed to defend the independence of Belarus, bring the economy to a new level, preserve and develop the social sphere.
But most importantly, we have preserved ourselves, the mentality, dignity and pure soul of the Belarusian people. Everything that unites us and allows us to look to the future with confidence.” 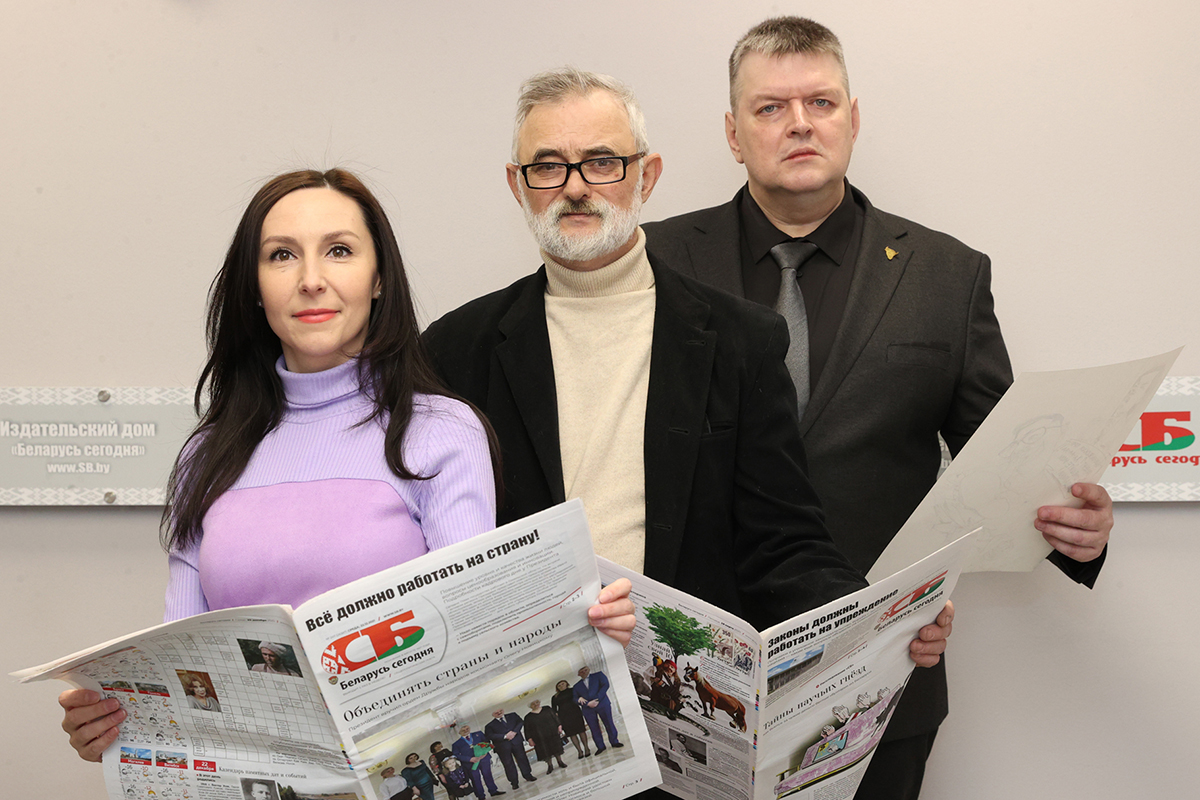 Lyudmila Gladkaya, Sergei Karpovich
and Yuri Terekhovich
PHOTO BY VITALY PIVOVARCHIK
Another invariable detail of the ceremony: the winners are congratulated by the primate of the Belarusian Orthodox Church, Metropolitan of Minsk and Zaslavl, Patriarchal Exarch of All Belarus Veniamin said that the coming Year of Historical Memory calls for turning one’s eyes back to past centuries, “Turn to the history of our people. And now the words of instruction are relevant, which call every person: remember the days of old, learn from the works of the Lord. And we have a reliable foundation for the good, blessed development of our country based on its history and rich spiritual heritage...”
It is gratifying to note that our colleagues are among the laureates. This year, the special prize to art luminaries was awarded to the team of authors of the Belarus Segodnya Publishing House, consisting of Yuri Terekhovich, Sergei Karpovich and Lyudmila Gladkaya, who, by the way, was on a business trip in Kazakhstan at the time of the award ceremony…
The Belarusian Sports Olympus Awards for the year 2021 were awarded to multiple Paralympic swimming champion Ihar Boki, Head Coach of the National Women’s Wrestling Team Artur Zaitsev, and Head Coach of the Belarusian Rhythmic Gymnastics Team Irina Leparskaya. 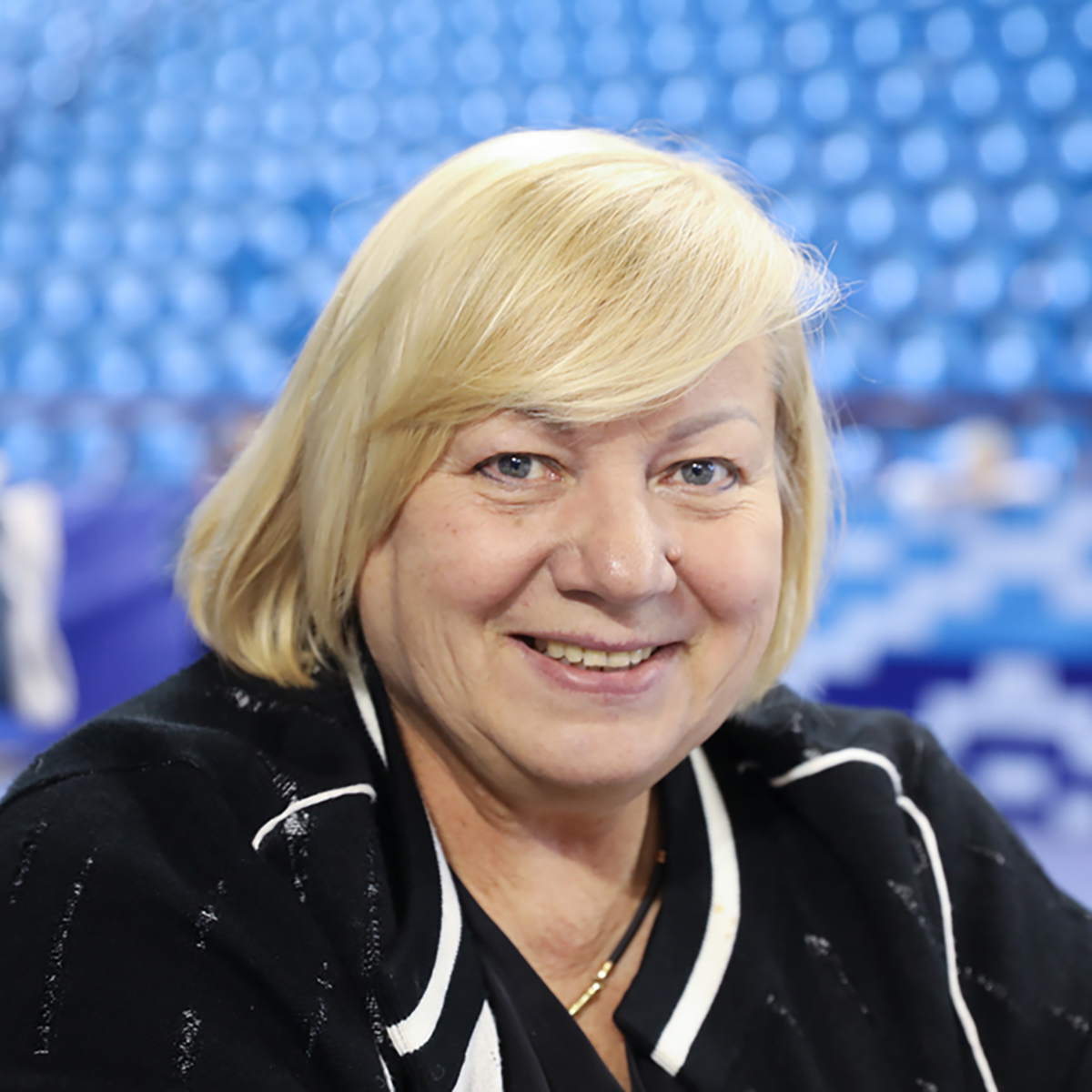 The last sports season was rich in events, but the main ones, of course, were the Olympic and Paralympic Games in Tokyo, which brought us many pleasant moments. The winners of the special awards were very prominent figures at the main competitions of the four-year period, but, of course, that is not their only credit: each of the winners did a lot to popularise and develop Belarusian sports.
Irina Leparskaya is a global figure in rhythmic gymnastics. There is every reason to say that if Irina Yuryevna had not been with us, Belarus would not have had such high-profile and stable results in the most elegant and beautiful sport. 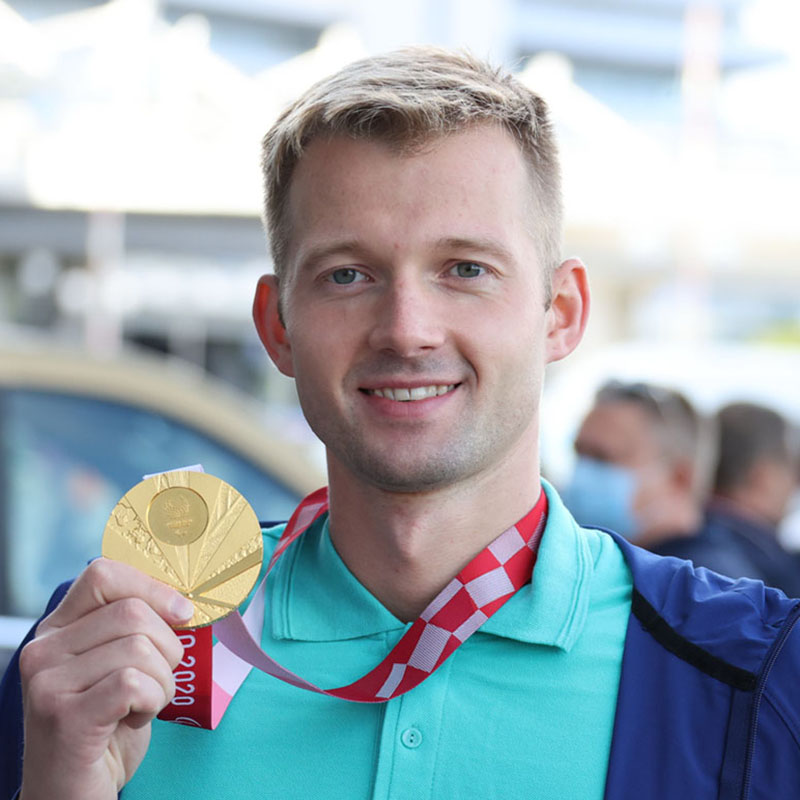 Ihar Boki
PHOTO BY BELTA
Once more, our graces returned from Tokyo with medals — Alina Harnasko managed to climb to the third line of the podium. She also succeeded at the World Championships, returning home with a full set of medals including gold for an exercise with a ribbon, which has never happened in the sovereign history of Belarus — this item is painfully capricious.
Ihar Boki became the main triumphant of the Paralympics in Tokyo. The swimmer from Bobruisk went to the start six times at different distances and collected five gold medals. In total, Boki has 16 Paralympic gold medals! 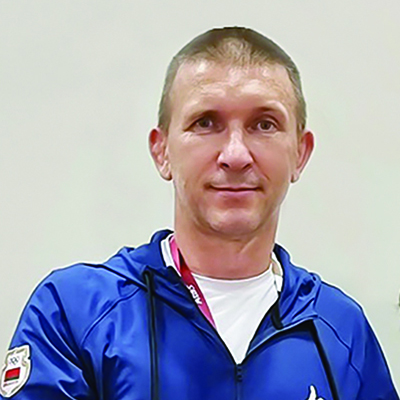 Artur Zaitsev is a man who is in love with wrestling and devoted to his beloved work. For his students, he is the best friend, mentor, and second father. Silver medalist of the Tokyo 2020 Games Iryna Kurachkina is his student. The athlete has repeatedly noted what an important role this mentor plays in her success and how much she owes him. The triumph of Kurachkina at the Olympics is a worthy result of a long and difficult path that the coach and student have travelled together.