As the latest population census indicates, representatives of 156 nationalities live in Belarus. Interests and opinions of each of them matter. There are no restrictions: people can visit a mosque or a church, study the national language or celebrate ethnic holidays. Belarus is becoming a homeland for all who strive to live in peace and harmony. At the same time, no destructive actions and attempts to dictate their own rules are allowed. 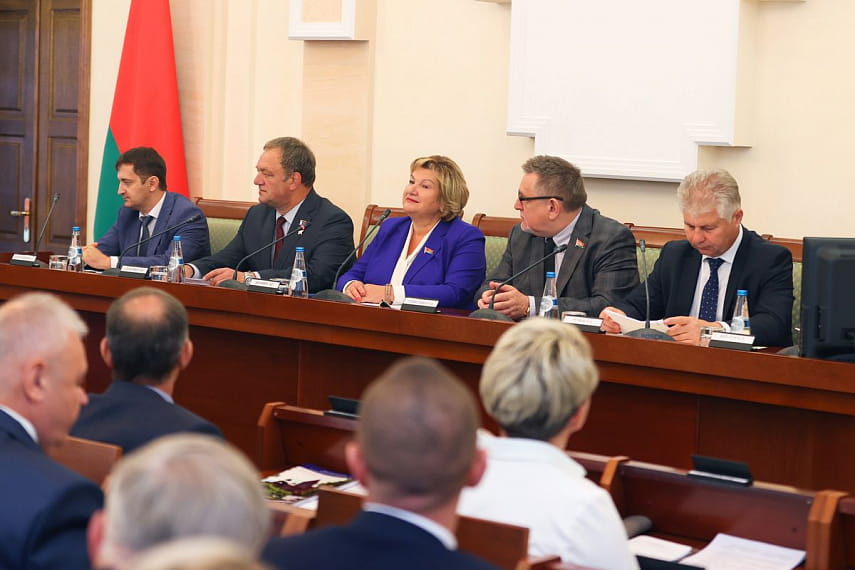 On the eve of the National Unity Day, deputies of the House of Representatives gathered to discuss the issue of interethnic peace and harmony which act as the basis for the Belarusian people’s unity. In turn, leaders of the largest diasporas shared the experience of how Belarus had become a homeland for Poles and Azerbaijanis, Ukrainians and Armenians…

Gennady Davydko, the Chairperson of the Standing Commission on Human Rights, National Relations and Mass Media, said, “People’s unity is a must. After all, the first thing that enemies of any country try to do is to separate its citizens. We now well understand the importance of this topic.”

In turn, Lilia Ananich, the Deputy Chairperson of the Standing Commission on Human Rights, National Relations and Mass Media, noted, “We primarily aim to analyse the law enforcement practice of the current legislation and, importantly, look at the reserves and additional factors that can strengthen the unity of our people. We study the interaction of public structures and the deputy corps within the framework of various projects that are being implemented in Belarus in the field of interethnic relations.”

According to Ms. Ananich, the Belarusian nation is not ethnic but rather represents co-citizenship. “The President has repeatedly stressed that we do not have national minorities: we have citizens of Belarus. This is the key,” she added.

“Our Constitution envisages that nobody has the right to force a person to determine and indicate their nationality. At the same time, everyone has the right to preserve it. The law on national minorities guarantees equal rights and opportunities in the economic, political and social spheres for all citizens of Belarus, regardless of their nationality,” stressed Ms. Ananich.

Aleksandr Rumak, the Commissioner for Religious and Ethnic Affairs, added, “We look at the issue of the Belarusian people’s unity through the prism of interethnic peace and harmony, while meaning not the unity of Belarusian people but the unity of the Belarusian nation – all those who live on the territory of our country. Interethnic peace and harmony in Belarus have a legal basis: the legislation, including the Constitution, establishes the equality of all people regardless of their nationality, guarantees the rights to preserve their cultural traditions and to develop national relations in society. Russians, Poles, Jews, Tatars and Ukrainians feel at home here. People who have fled wars find shelter in Belarus, foreigners study here and interethnic marriages are concluded — all these constitute interethnic peace and harmony.”