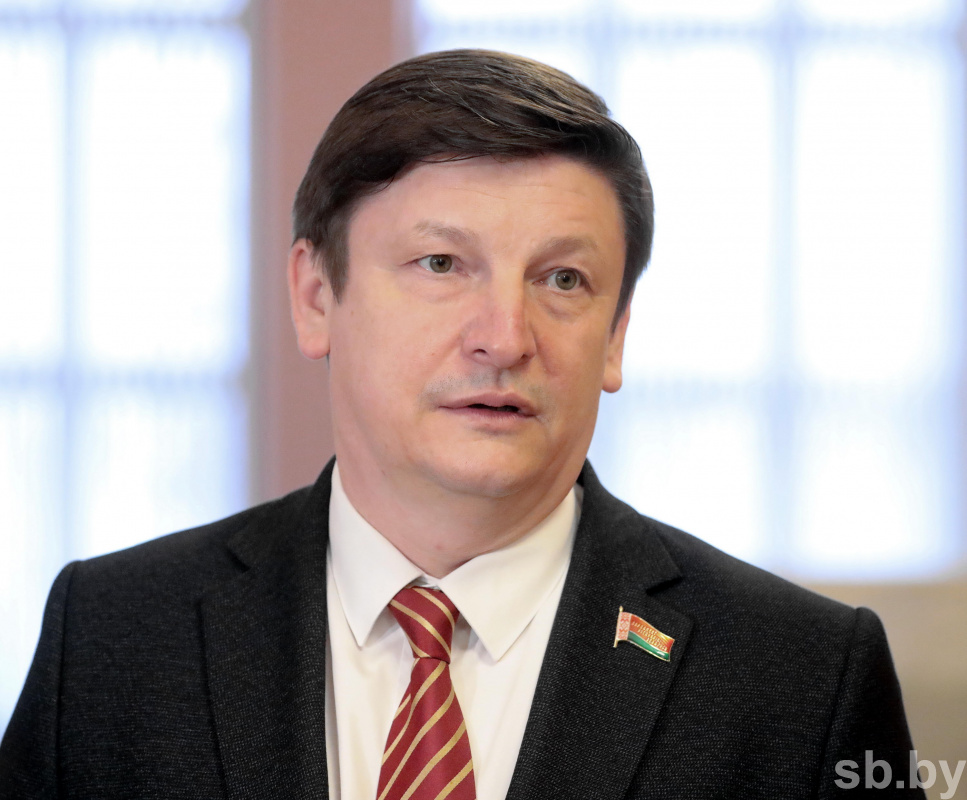 Speaking of the importance of the constitutional reform and the upcoming referendum on amendments to the Basic Law, the parliamentarian stressed, “We are building a strategy for the future, and our country is the paramount matter for all of us. Everything which we adopt is done not to please a good-hearted or not kind man from abroad. This is our future. Our Constitution will be the foundation for how we will be building our country.”

Mr. Marzalyuk noted that the new draft Constitution is many times more democratic than the existing Basic Law. “This refers, in particular, to redistribution of powers between the branches of government, enhancement of the role of the Prime Minister, Parliament, and the judiciary. True, this is not the American Constitution, but it will be never such in Belarus. We shall have no French or British Constitution but Belarusian,” he added.

No uniform and single model of democracy exists. To solve an issue in Paris, a person needs to go to the President rather than to Parliament. In turn, to solve the same issue in the UK, one should address Parliament, rather than the Queen. This is normal since these are different models. We are young as an independent state, but we are no longer children and we must use our minds and world experience, if necessary, to further develop the country in a civilised way of evolution.

According to Mr. Marzalyuk, Belarusians can independently determine their destiny. “Belarus has never been so independent and self-sufficient as it has become during the presidency of Aleksandr Lukashenko. The internal and foreign policy of our country, its social model is determined here in Minsk, in the Palace of Independence. This has never been observed before. We had forms of statehood, but we constantly had to share them with someone. We, the sovereign Belarusian nation, have become sovereign on our land for the first time – getting a unique opportunity to build our future ourselves,” he stressed.

Mr. Marzalyuk emphasised that the current Constitution, thanks to the will of national leader Aleksandr Lukashenko, made it possible to create all the most important state institutions of power. “Time has come to take the next step. The Constitution is a majority consensus strategy that we must implement. Therefore, it is extremely important to approach this project very carefully, so that later, in 20-30 years, to simply polish these standards,” he said.