Distinctive futuristic body lines, panoramic windshield, ergonomics — autonomous trams, electric buses and trolleybuses organically fit into the transport life of cities not only in Belarus, but also in the CIS countries, as well as far abroad. They are produced at the BKM Holding enterprise, known to us under the more familiar name — Belkommunmash. Having highly qualified personnel, a powerful production base, and its own design centre, the holding would keep pace with the times, or even get ahead of it. 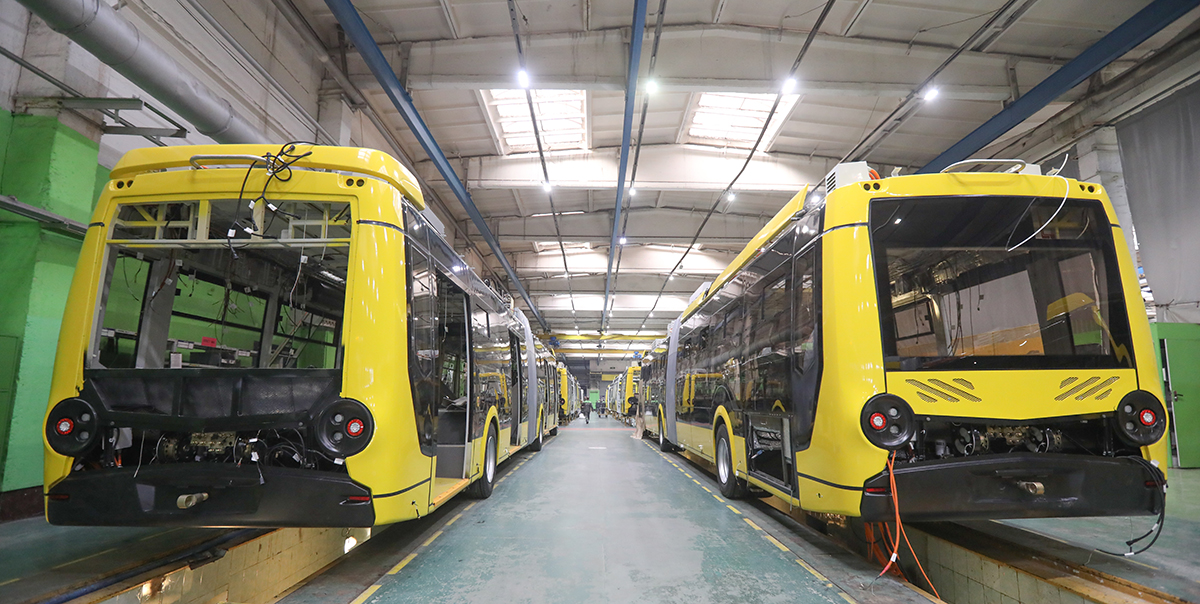 Large-scale industries around the world are now having a hard time: they are challenged either
by COVID-19 lockdowns or by a difficult geopolitical situation. 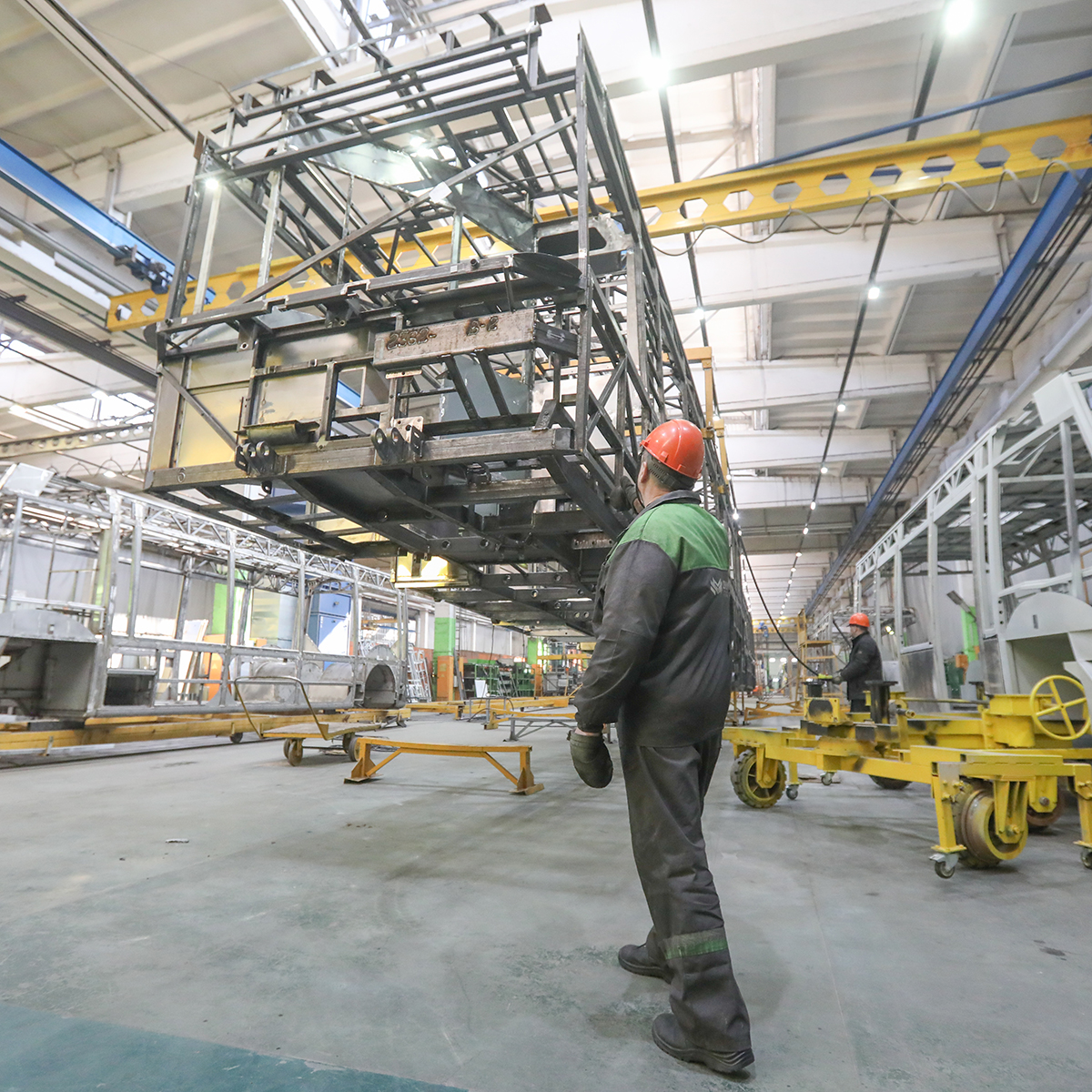 “Due to the unpredictable situation in the world, we are not working as efficiently as we could. Our industry has its own specifics: it is not enough to enter the market with an offer, it is necessary to participate in tenders, to perform certain procedures in advance. Sanctions imposed on the bank that serves the company exacerbated the situation: it is impossible to issue guarantees for European contracts. Both the pandemic and economic restrictions have seriously affected our work, despite the fact that we were not directly affected,” admits Oleh Bytsko, General Director of the Holding Management Company ‘Belkommunmash’ JSC.
The difficulty of timely delivery of the necessary components could be solved by import substitution, however, the development of our own components and assemblies is not a fast and easy process.
“Each of our products is unique. Even in Belarus there are no two cities that would buy exactly the same trolleybuses. By configuration, they can differ by 10-15 percent for different positions. Much depends on which countries our cars will go to. Nevertheless, localisation is at least 55 percent. We produce the main equipment — the body, as well as electronic and electrical components, but some of components still must be purchased,” emphasises Oleh Bytsko. 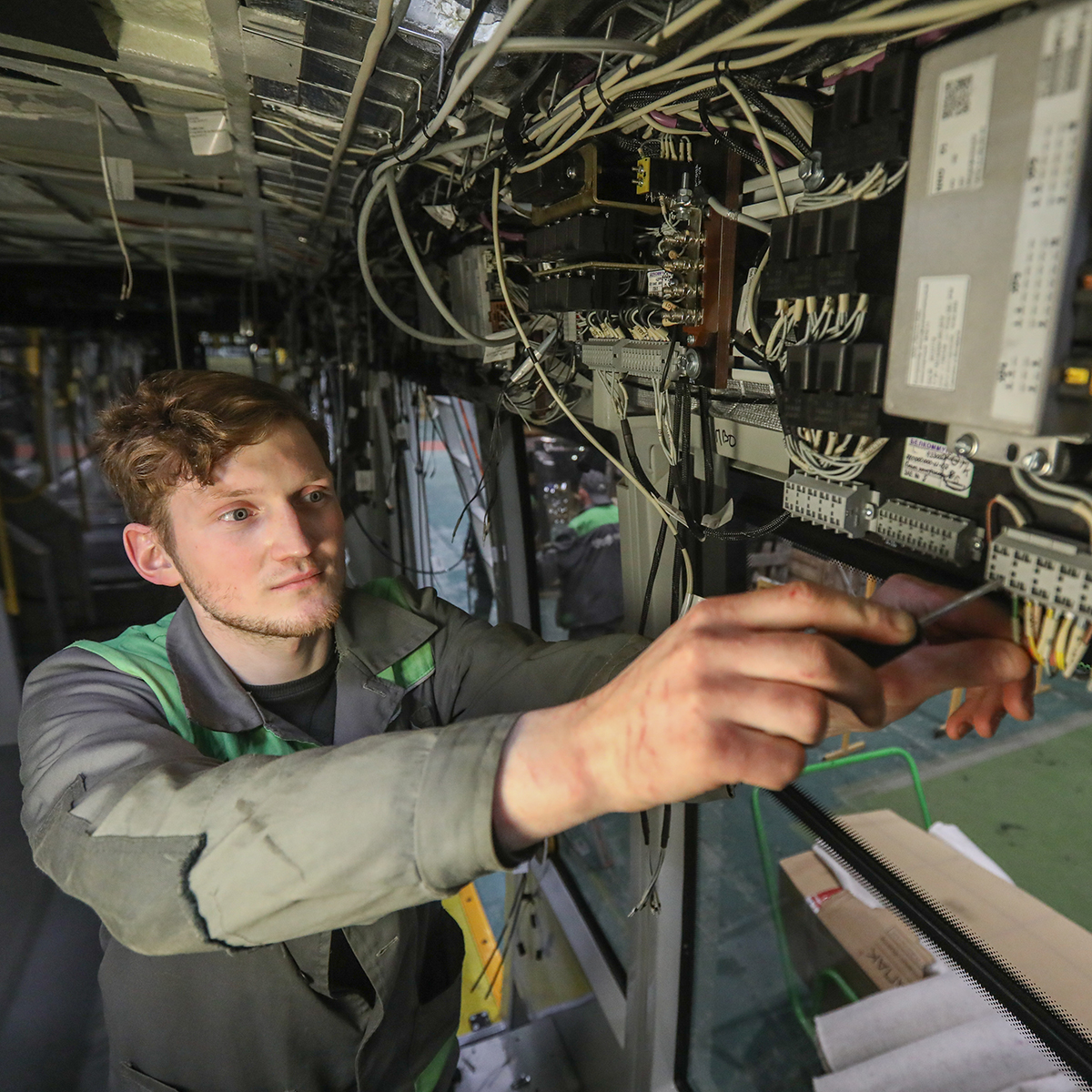 Nevertheless, the company managed to increase production volumes: compared to 2020, they amounted to 107 percent last year. In addition, investments in production have increased significantly.
General Director of the holding notes, “There were very serious investments in the modernisation of production. We have completed the construction of a new spray booth. The structure of manufactured equipment has changed: it has become more complex and, accordingly, more expensive. So, trolleybuses with autonomous running and an articulated or, in other words, ‘pleated’ body are very popular.”
Since BKM Holding works mainly to fulfil the already concluded contracts, passenger equipment does not just store in the warehouse. The assembly area operates according to the rule: the closer to the exit, the higher the degree of readiness of the machine. Work begins with the manufacture of a metal frame, which at the initial stage resembles, to be honest, rather the skeleton of a greenhouse in a summer cottage. Then the car takes on a more perfect shape, and some technical features are already laid at this stage. The finished frame is sent for painting, and then returned to the assembly area. Here, its internal and external cladding takes place, filling with electrics and electronic systems. Then glass, doors, seats, mirrors and everything necessary for the operation is installed. By the way, did you know that there are up to 4 kilometres of hidden electrical harnesses under the skin of each passenger car, which actuate systems, control doors, and allow validators and other devices to work.
Belkommunmash produces 250-300 pieces of equipment per year, and most of it is exported.
Oleh Bytsko assures, “We are constantly looking for new sales markets, we take part in tenders for the supply. We have always successfully co-operated with Ukraine, Tajikistan, Moldova, Russia. In order to diversify the markets, we once carried out certification of equipment in the European Union, and now we supply our electric vehicles to Bulgaria and Bosnia. At least 25 high-capacity trolleybuses with an autonomous run of up to 20 kilometres will arrive in Sarajevo. Such transport is ready for traffic jams or interruptions in power supply, and new routes can be organised without a contact network at all.”
By the way, the company supplies all electric buses complete with electric charging stations of its own production. At the same time, the localisation of the devices that make them up is constantly rising, and now it is about 35 percent.


Cars of the future

Everyone knows Belkommunmash as a manufacturer of passenger transport, and it recently surprised everyone by presenting the Vitovt Truck Electro Prime — the first electric truck with a payload capacity of 7,800 kilogrammes and a 44-cubic metre van body (appr. 18 Europallets) — a dream of a retailer who needs to deliver goods to many outlets. What is the reason for this shift in focus? Oleh Bytsko believes that this is not surprising, “Well, technically, electric transport is not new for us.
In addition, we constantly monitor global trends. 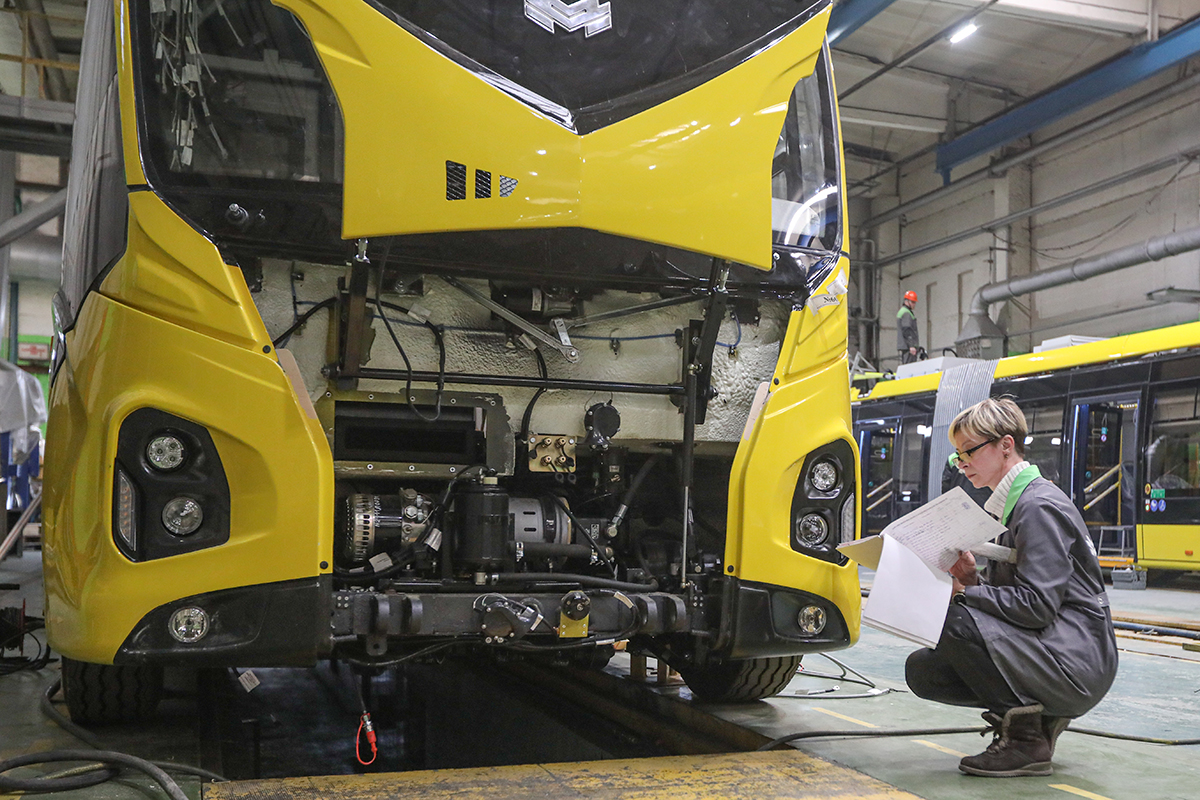 We launched the development of electric buses when the world was still distrustful of this type of electric passenger transport. The topic of battery-powered cars was more difficult for customers. However, with the development of the necessary infrastructure, they are convinced that this is the future.
The operation of electric cars is cheaper both in terms of maintenance and energy, but initially these cars are more expensive. A middle ground should be found where the difference in input costs covers the difference in price. The task that we are now facing is to reach a price that will allow potential customers to operate our equipment with maximum economic effect. We created a prototype, on the example of which we tried to show what a modern truck can and should be. Its cost will depend on the volume of production.”
Belarus is implementing a state program for the development of electric transport until 2025, according to which it is planned to increase the share of public transport to 30 percent over the five-year period. For its implementation, the Electrotransport innovation-industrial cluster was created.
It included such companies as MAZ, BELAZ, MTZ, the Joint Institute of Mechanical Engineering of the National Academy of Sciences and, of course, Belkommunmash.
Catching up is always more difficult than at least running on par — this is how the policy of BKM Holding is formed. Sometimes it even manages to get ahead time. So it was with electric buses, and so it can be with electric trucks, the production market of which is still almost free, despite the fact that this is the car of the future.