The development of agriculture has been a top priority since the beginning of Belarus’ independence. Time has shown that it was the right thing to do. Domestic agro-industrial complex (AIC) not only fully ensures the food security of the country, but also earns on exports. Last year, we exported food products and agricultural raw materials worth $6.7 billion. This is 117.3 percent more compared to 2020 and a record high compared to previous years. Can the return from agricultural production be even more significant for the economy? For sure, the efforts of the Belarusian National Biotechnology Corporation (BNBC), established on behalf of the President, among other things, are focused on solving this problem. The project has no analogues in the entire post-Soviet space. Its goal is deep processing of grain using modern biotechnologies. This allows us to obtain highly productive and balanced feed and feed additives, which is an undeniable advantage for our AIC. 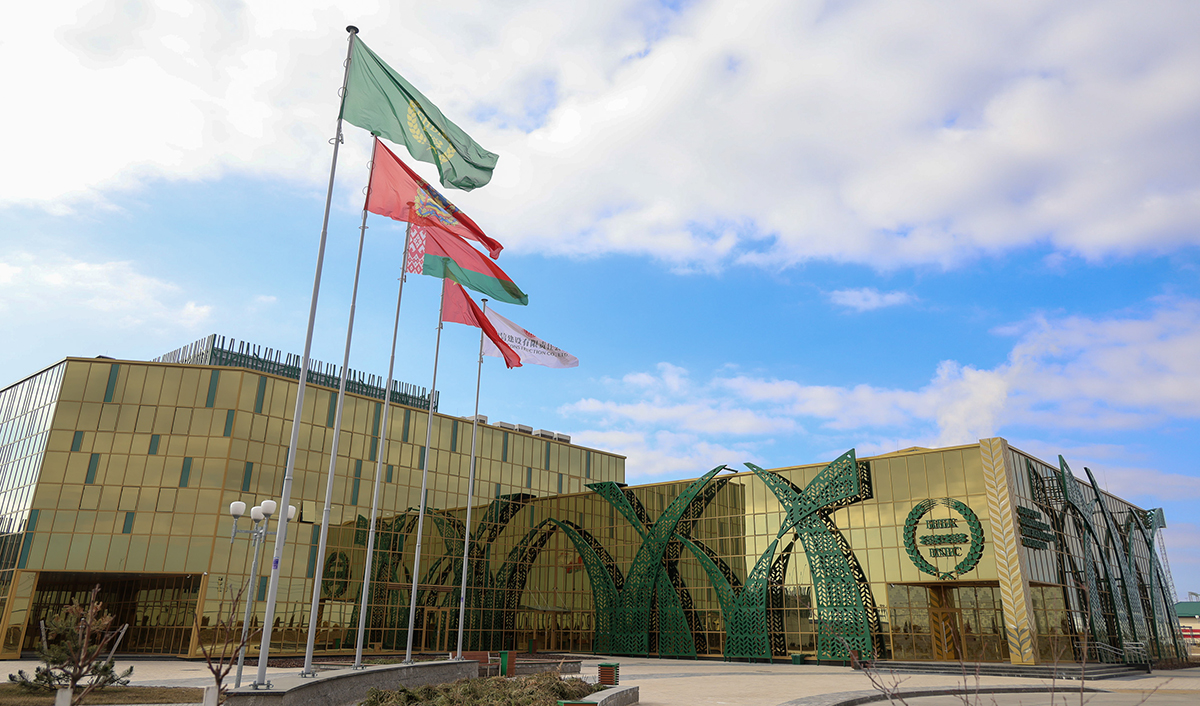 The Belarusian National Biotechnology Corporation CJSC is implementing a large-scale export-oriented and import-substituting investment project called ‘Organisation of high-tech agro-industrial production of a full cycle for 2016-2032’. Its goal is the deep processing of grain using modern biotechnology methods to obtain essential amino acids, highly productive balanced compound feed and premixes for all types of animals.

The unique Chinese technologies for the production of amino acids had become accessible thanks to the strong comprehensive strategic partnership between Belarus and China, and primarily thanks to the friendship between Aleksandr Lukashenko and Chinese
President Xi Jinping.

Aleksandr Lukashenko:
A few countries have such production — only four countries, and Belarus is among them. It’s more than ‘space’. We have been dealing with space since Soviet times, but this is a completely new production with our raw materials — BNBC is ready to buy 700,000 tonnes of grain at world prices.
(During a visit to the BNBC construction site, August 10th, 2020) 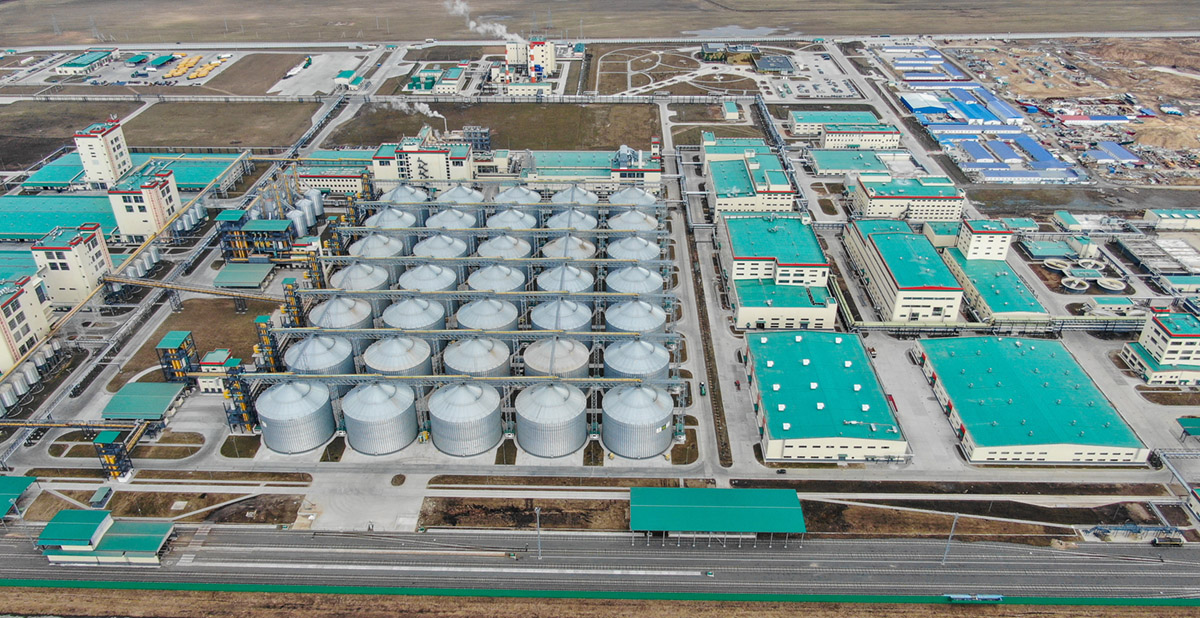 BNBC is called an enterprise whose goal is to buy tomorrow. Judging by the successful beginning, it is quite real. Vasilina Akhramovich notes that the corporation and its partners have a task to put all facilities into operation in strict accordance with the master contract and gradually reach production capacity in the near future, “Several factories are already operating around the clock, and soon the entire main complex will reach full capacity. This step is extremely important not only on the enterprise scale, but throughout the entire country. The demand for food is increasing year by year. How to meet it? By an increase in animal productivity. However, the number of livestock cannot be constantly increased, there will be no more land, it is necessary to increase the animal productivity. It is impossible to achieve this only with simple pasture, rich balanced feed is needed. Of course, amino acids will be crucial here. The more complete the food is, the more it will give back. This is BNBC’s contribution to the country’s food security and export direction. The production of amino acids, taking into account our pricing policy, will provide an opportunity to obtain an even larger volume of products, as well as to make the meat and milk of Belarusian agricultural enterprises competitive and in demand in many countries.” 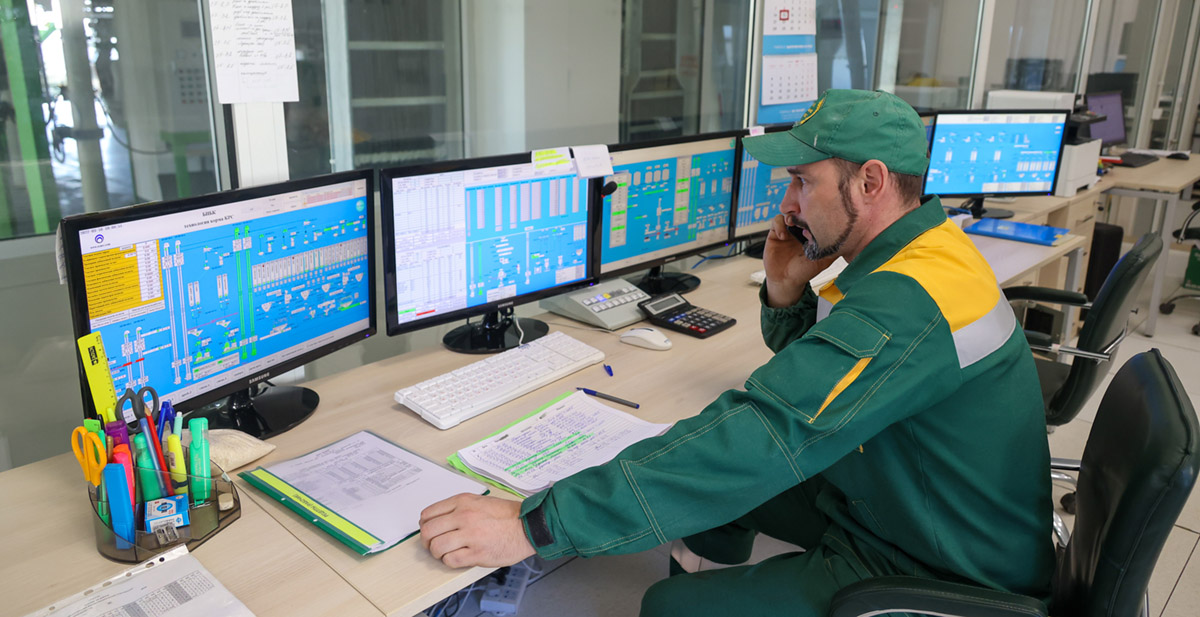 Profit from the first transactions 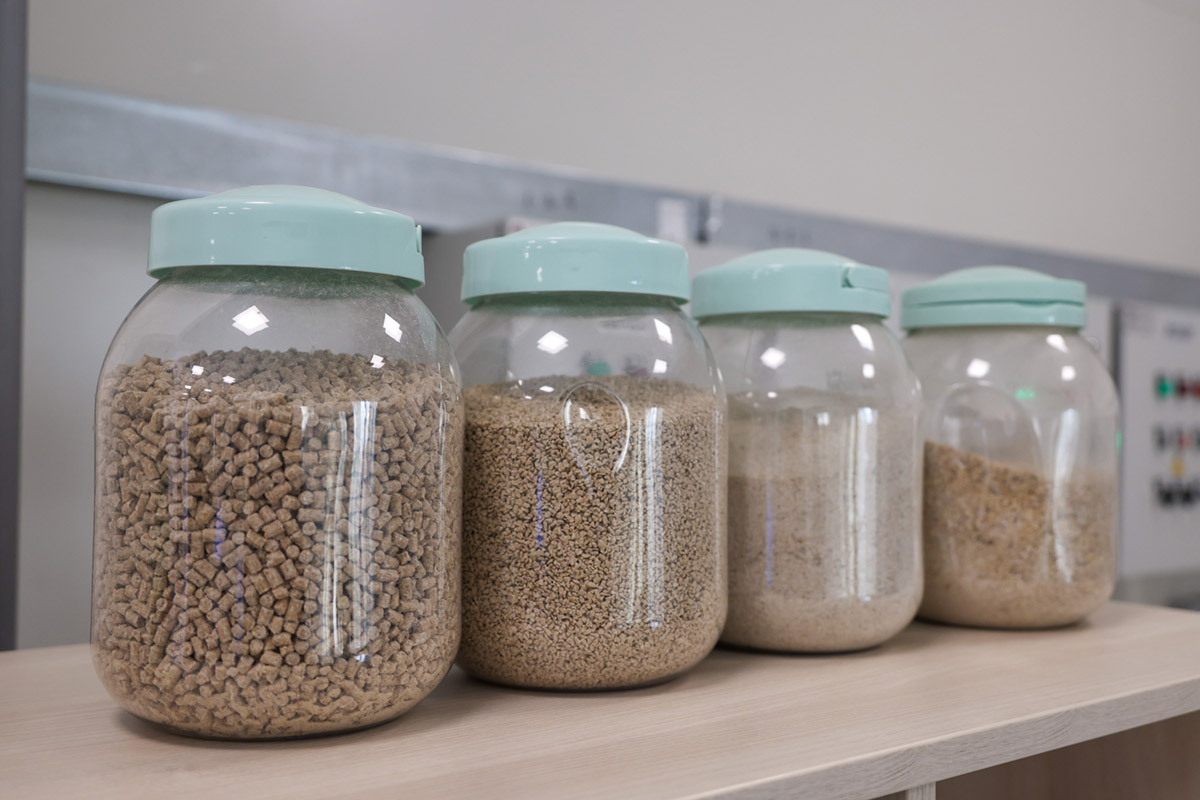 “We established a young professional team of 1400 people. We received declarations of conformity for all species, as well as registration certificates for premixes for all animals. Everything is certified according to the strictest international standards: GMP +, TUV — ISO 9001, STB ISO 9001, Halal. We make compound feed strictly in accordance with National State Standards of the Republic of Belarus. We mainly sell them and premixes within the country, but partly to Russia and Lithuania. The products are in great demand all over the world. The task is not to find a buyer — we already have many of them. It is necessary to choose a reliable, most solvent one,” says Vasilina Akhramovich, Director for Economics and Finance of the Belarusian National Biotechnology Corporation CJSC.


This is also why, since the end of last year, wheat gluten, L-lysine sulphate, and since March 15th — threonine from BNBC have been traded on the Belarusian Universal Commodity Exchange. Experts note: the trading is more than productive.
“By entering the exchange, we are able to increase the efficiency of export sales. We offer a price that provides us with a reasonable, economically justified level of profitability, further pricing is at the mercy of buyers. From the starting $2,500 per tonne of L-lysine sulphate, the cost rises to $4,000. 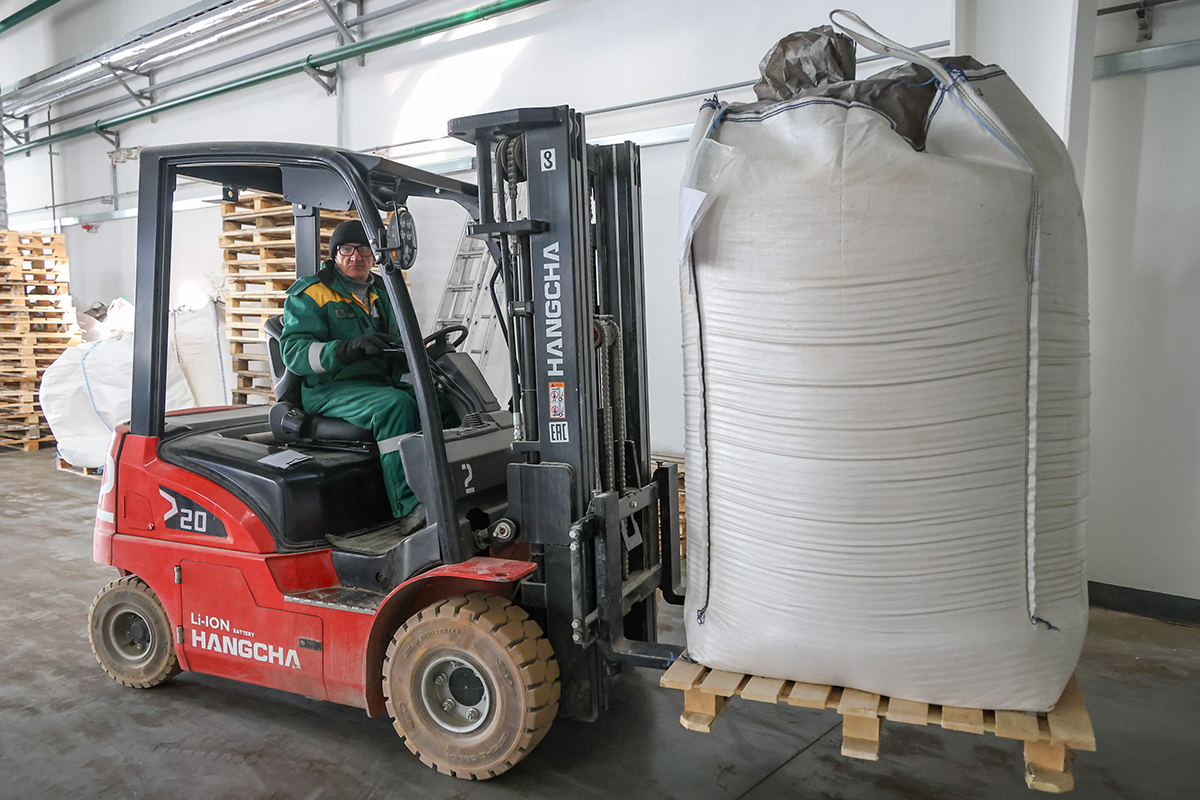 The corporation emphasises that the project for deep processing of grain was created primarily for Belarus in order to help our agricultural enterprises. For them, BNBC has a different price, a preferential one. For example, $2,200 for a tonne of L-lysine sulphate (amino acids are mainly purchased by large grain processing plants). The same volume in Russia goes at a price twice as high. This is a significant contribution of BNBC to increasing the competitiveness of the domestic meat and dairy industry,” adds Vasilina Akhramovich.

Own raw materials as the guarantee of sustainability

The decision to focus exclusively on Belarusian raw materials taken at the beginning of the construction of the corporation proved to be far-sighted, and the pressure of sanctions does not have a significant impact on the work of the company. 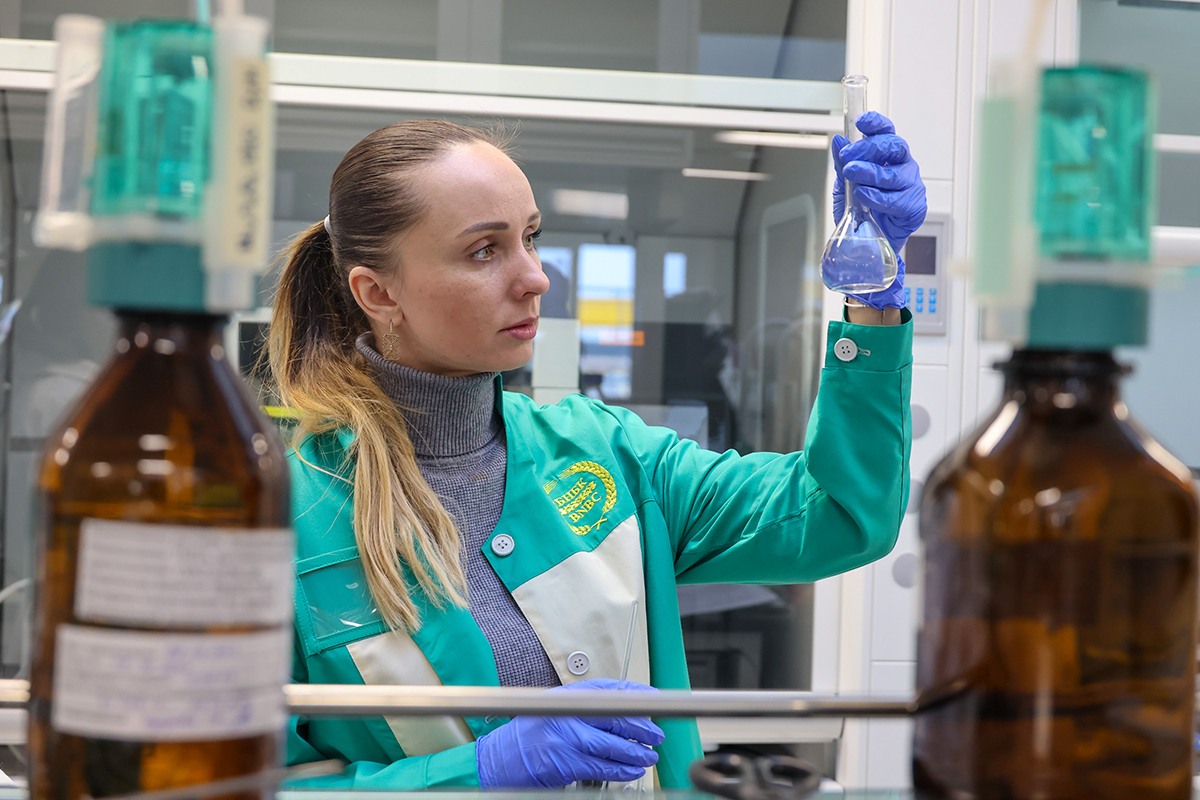 Grain is the key raw material position for the production of animal feed, premixes and amino acids. It occupies about 60 percent of their composition. The annual need of the enterprise is 330,000 tonnes of food and approximately 450,000 tonnes of fodder grain. Almost the entire volume is closed by domestic agricultural enterprises. The corporation has been testing the capabilities of Belarusian companies and agricultural production cooperatives for two years. As a result: during this time, not a single tonne of fodder was imported.

Today BNBC already allows our agricultural producers to refuse imports. It is known that Belarus, like all countries of the former USSR, imports amino acids, vitamins and other feed components. Even Europe brings most of the amino acids from China. BNBC supplies 100 percent import-substituting L-lysine sulphate, threonine and essential amino acids to the domestic market. Our enterprises do not need to import wheat gluten either. This gluten is used not only by bakers. It is an important component of feed, and also an absolute import-substituting product.