On September 17th, Belarus will celebrate a new state holiday: National Unity Day. On the eve of this significant date, a round table discussion – National Unity Day as a Symbol of Consolidation of the Belarusian People – was organised at the National Historical Museum. The Chairperson of the Council of the Republic of the National Assembly, Natalya Kochanova, was among the participants. 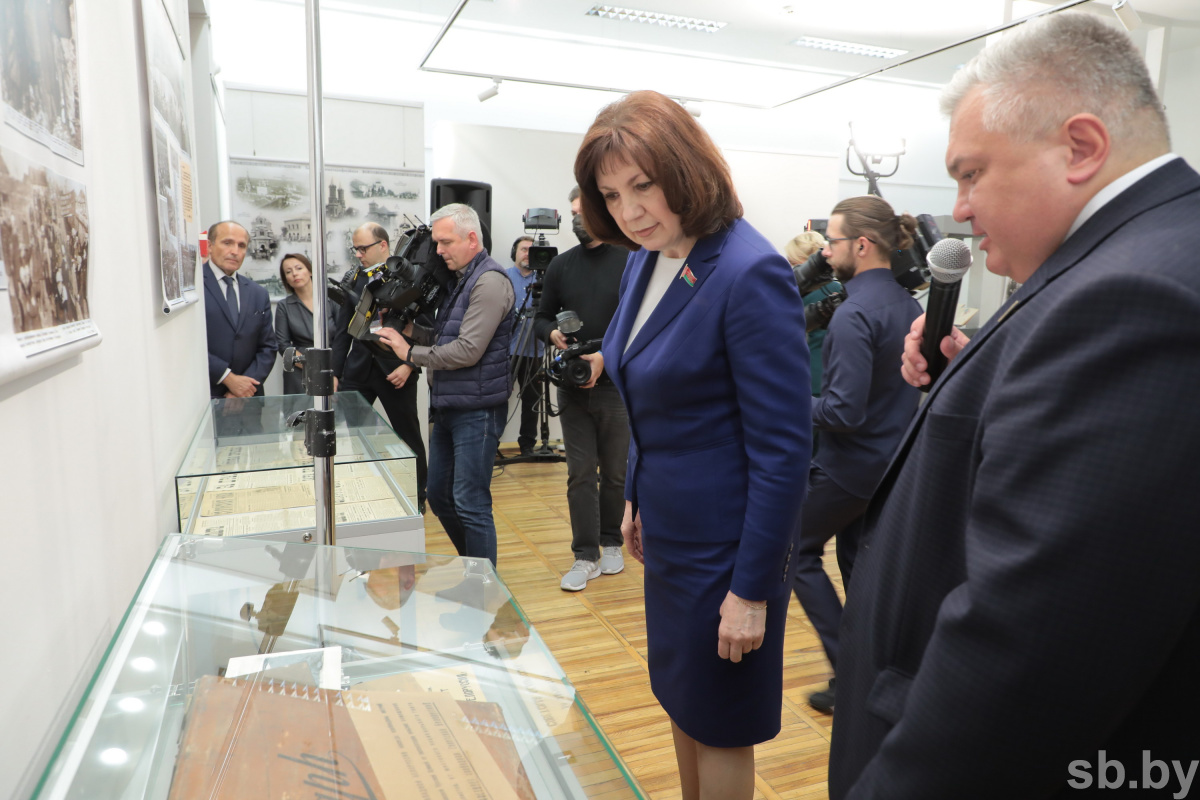 In her address to those present, Ms. Kochanova stressed, “The National Unity Day is especially significant for us as a sovereign state that independently determines the path of its historical and socio-economic development. It implements an independent multi-vector foreign policy based on good-neighbourliness, mutual respect and non-interference in internal affairs.”

She believes September 17th has always been a significant date for Belarusians – as confirmed by street and square names countrywide. Ms. Kochanova expressed confidence that the holiday will elicit response in our people’s hearts and many generations of Belarusians will reverently celebrate it ‘since it’s closely tied with the significant historical events’. “In autumn 1939, the Belarusian nation, previously forcibly split in favour of other people's opportunistic political interests, reunited as part of the Belarusian Soviet Socialist Republic. President Aleksandr Lukashenko noted that the memory of this event lives in Belarusians’ hearts as it was an act of historical justice in relation to Belarusian people split against their own will. With this in view, September 17th has become an important day in the history of the Belarusian state and the Belarusian nation, a kind of a new starting point for the Belarusian statehood.”

In addition, the Chairperson of the Council of the Republic of the National Assembly reminded that our country’s sovereignty and its national interests are an unshakable priority – though not all appreciate this, “Attempts to undermine the situation in the country have been made repeatedly and the events of 2020 have once again demonstrated to all of us how fragile peace and order are. However, by rallying round our leader, we’ve managed to overcome the threat of a ‘colour revolution’. We’ve prevented destabilisation of state institutions and the collapse of the economy. This date is also a symbol of victory for those who want to see Belarus peaceful, strong and independent. In the Year of National Unity, we should finally realise that the independence of our country depends on each of us and it’s our sacred duty to preserve sovereignty, a peaceful and creative life on our land. If we want to live in peace and prosperity, we must do everything possible to ensure that our country develops and prospers.”