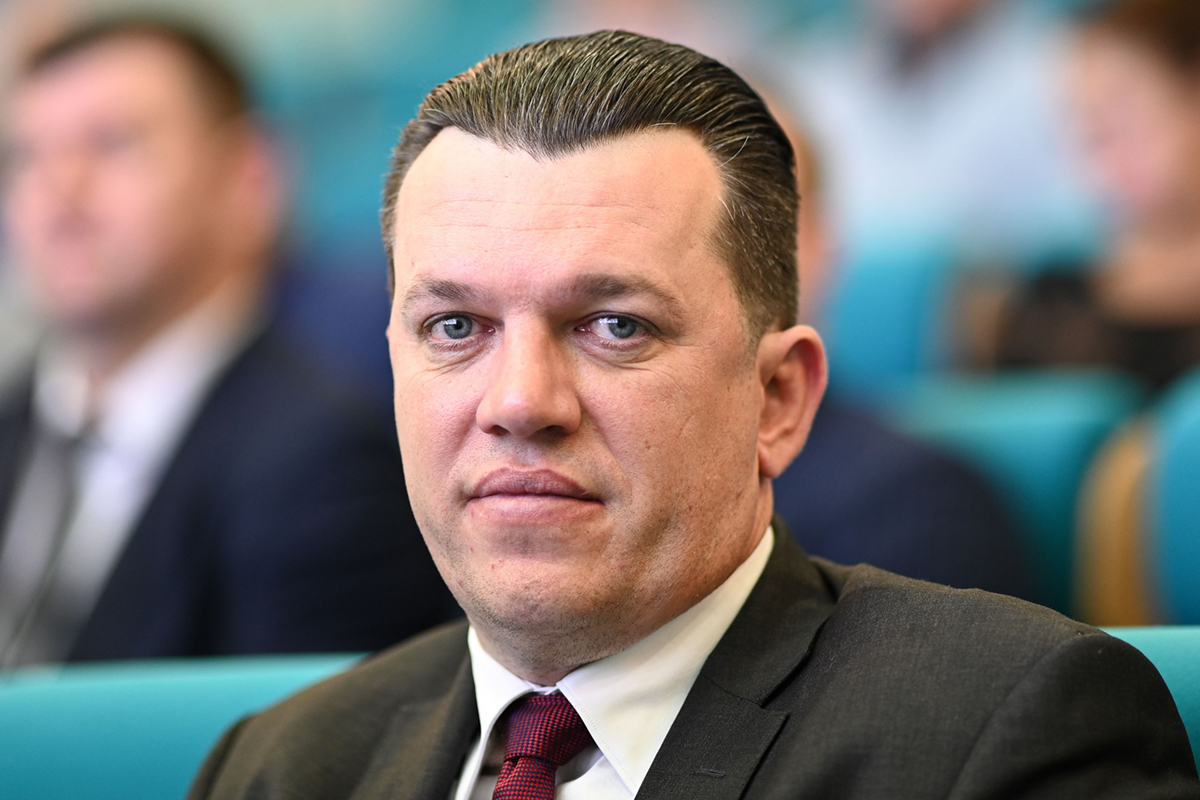 Sergei Rutenko
Multiple winner of the Champions League, European Super Cup, gold medal winner of the Slovenian and world club championships, silver medallist of the European Youth Championships... These are not the only titles of the famous Belarusian handball player Sergei Rutenko. After completing his sports career, he worked in the Belarusian Handball Federation and tried business. Now Rutenko has accepted a new challenge, becoming the Head of the Belarusian Tennis Federation.
The candidacy of a handball player for this position was proposed by Sergey Teterin, who has headed the federation since 2017. Explaining the decision, he said that he was looking for a person who could become a leader. First of all, he drew attention to tennis. But, since many of our outstanding tennis players have left, and he didn’t want to interrupt the work of the young coaches, he took a closer look at other sports. This is how Rutenko’s candidacy arose.
“He is a sociable person, known not only in our country, but also far beyond its borders. He has experience in the handball federation,” explained Sergei Teterin. “I thought: why not? World practice shows that there are many such examples. In America, the coach of the volleyball team went to the football team. Those in hockey left for volleyball and achieved results. Sergei Rutenko is young, ready to work. He can bring something new.”
Rutenko himself remarked that as an athlete and a person who cares for our sport and wants to do something for it, he could not refuse this offer,
“For my part, I will make every effort, I will try to use all my experience and the contacts that I have in order to preserve what has been done in tennis and build on it.”
Sergei Teterin presented tennis rackets to Sergei Rutenko. The handball player, answering the journalists’ question about the experience of playing on the court, admitted that while living in Spain, he played paddle — a kind of tennis common in Latin countries, therefore he cannot say he’s completely removed from the sport.

“But once again I want to note that I did not come to a coaching position. I’m not going to teach the kids to play tennis. I have administrative and managerial functions, where other skills are needed. I am confident that I can bring something new and help the federation, which has had a lot of success.”
Sergei Rutenko says that there is a lot of work ahead, and it will be interesting. But the first and main task for the new chairman of the Belarusian Tennis Federation is to get acquainted with the regions. Rutenko plans to visit them personally: he wants to hear from people working in the field, to learn about their problems and wishes. And from this he will build for the future.

By Tatiana Pastushenko
Photos by BELTA